Marcus Braddock looks ahead to the weekend trip to Blackpool

This weekend’s sport sees Shrewsbury Town travel to Blackpool who currently occupy 11th place in League One. They've had an eventful season having spent time as high as fourth position, as low as nineteenth and seemingly at all points in between. Their current form is some of the best in the division depending on when you measure from and their last four games have all been wins with an average of four goals per game which makes you wonder what could have been if that form had started 2 weeks earlier. However, the here and now of it is that Blackpool are going to take some holding on to if we're going to get anything this weekend.

Fourteen, seven at home and seven away.

The home team score their most goals in the last fifteen minutes with 9 this season but they have also conceded 8 in the same time period.

The Tangerines have only failed to score in 9% of their games at Bloomfield Road.

Blackpool's Jim McAlister is back from a broken leg and having started from the bench on last weekend.

Paul Hurst may mix things up again as he looks to recharge some of the squads energy levels.

It's the time of year where you sometimes find yourself playing for pride rather than position and both teams could be said to be in that position. It was nice to see a little pride restored on Tuesday after a little lean spell and it was also encouraging to see us win without Abu Ogogo, Jon Nolan, Shaun Whalley, Junior Brown or Mat Sadler. Having said that, Blackpool are about the last team anyone would want to play at the moment with their form looking a bit frightening!

Shrewsbury Town came away with a point from their final away game of the normal season against Blackpool. Town took the lead after 20 minutes when Sam Jones rifled in a left-footed strike from 25 yards after some good work from Arthur Gnahoua. However, Blackpool then dominated for long spells with Craig MacGillivray making a host of good saves, before ‘Pool got themselves level in controversial circumstances 10 minutes after the break as Nathan Delfouneso’s header was eventually allowed after initially being ruled out for offside. Blackpool continued to have the better of the chances but MacGillivray stood strong, making some incredible late saves.

Team News:
Paul Hurst once again rings the changes as he prepares for the Play-Offs. There are six changes from the side which faced Peterborough United on Saturday. Craig MacGillivray keeps his place in goal, but there are two swaps at the back with Joe Riley replacing Luke Hendrie and Mat Sadler coming in for Toto Nsiala, who isn’t even in the 18. There are three chances in midfield with Jon Nolan returning for the first-time in a couple of weeks, in place of Ben Godfrey. The other midfield changes see Abo Eisa and Nathan Thomas drop out for Arthur Gnahoua and Alex Rodman. The final change is up-top where Carlton Morris comes in for Stefan Payne.

First-Half:
As the players made their way out for kick-off there was impressive amount of noise created by the 2500+ Town fans that had made their way up to the Fylde Coast. Despite that, it was Blackpool who started fastest and inside the opening 20 seconds Nathan Delfouneso delivered a wicked cross which only needed to be touched home, but it beat everyone and Town eventually cleared.

After a slow start Town began to get their passing game going, however, when a long passing move saw Omar Beckles dispossessed on halfway, Blackpool were presented with a good opportunity to take the lead. Armand Gnaduillet galloped 40 yards with the ball before shooting at goal. His effort was blocked by a Town defender but it was only cleared as Delfouneso who tried to volley home the rebound, but he couldn’t get over the top of it and it went wildly over the bar.

It took 20 minutes for Town to muster a shot on target, but the first one they did have found its way into the back of the net. Arthur Gnahoua did brilliantly well to first steal the ball from Blackpool defender Clark Robertson before passing it inside. The pass was dummied by both Jon Nolan and Joe Riley, before it found its way to Sam Jones who took a touch before rifling a left-footed shot into the top right-hand corner from 25 yards, to score his first goal for the club.

It took another 15 minutes after the goal for either side to have an effort on target. It fell the way of the hosts as Viv Solomon-Otabor slipped the ball into the path of Colin Daniel in the left channel. Daniel took a touch before firing at goal from 12 yards, but MacGillivray made himself by and got a solid hand to it to turn it behind for a corner.

Just before half-time Blackpool were once again presented with a good chance to get on the scoresheet. A neat passing move cut Town open and Sean Longstaff slipped in Gnaduillet inside the box. The big striker only had Craig MacGillivray to beat but he pulled his shot wide as MacGillivray made himself big.

The home side also had a good chance in first-half stoppage time as Jimmy Ryan delivered a delicious cross into the box from a set-piece. The cross was straight onto the head of the unmarked Nathan Delfouneso but he headed over from six yards out.

Second-Half:
It was the hosts who started the second-half faster and they worked good positions on a couple of occasions without testing MacGillivray. In fact, the first ‘keeper to be tested in the second period was Mafoumbi as Bryn Morris tried his luck from distance. Morris’ shot took a defelection, which made it awakward for the Blackpool ‘keeper, but he managed to parry it away.

However, it was Blackpool that were causing the majority of problems and 56 minutes in they had the ball in the back of net. MacGillivray had just kept out of a low effort from Jimmy Ryan with his legs, but Blackpool recycled the ball and a wicked cross across the face was headed into the net by Nathan Delfouneso. Town appealed for an offside and the linesman obliged by raising his flag, but after protests from Blackpool the referee appeared to overrule the linesman and a goal was given, much to the bemusement of many in the ground.

Town should have reclaimed the lead less than five minutes later. Carlton Morris won a free-kick in a dangerous position and Jon Nolan lifted it into the box. Alex Rodman won the initial header and headed back across the goal where it was met by Sam Jones, but on this occasion his left foot was less accurate and it went just wide.

Just after the hour-mark Town made their first change of the afternoon and it saw the return of Shaun Whalley. Whalley hadn’t been seen in blue and amber since picking up a dead leg against Charlton Athletic, but he was the man to replace Arthur Gnahoua on the right.

Town just hadn’t got going in the second-half and another free-flowing Blackpool move led to Craig MacGillivray making another good save. A powerful surge from left-back Colin Daniel left Town players in his wake. His pull-back was met by Sean Longstaff, who scuffed his effort, but it fell the way of Jimmy Ryan and MacGillivray had to be alert to get down to his left and push it behind.

Paul Hurst then made his second change of the afternoon as Sam Jones was replaced by Lenell John-Lewis, a move that led to a change of formation as John-Lewis joined Carlton Morris upfront.

The change almost worked straight away as John-Lewis was involved in the build-up for Town’s next chance. The big striker played the ball out to Shaun Whalley on the right, who cut inside before shooting left-footed, but his effort lacked power and was straight at Mafoumbi.

As the full-time whistle beckoned, Craig MacGillivray continued to be the busier of the two goalkeepers and he made two incredible saves in the space of a minute. The first came as he denied Jimmy Ryan from a free-kick and he then showed incredible reactions to keep out a header from Kelvin Mellor that appeared to be in before he clawed it away.

Ticket details for our trip to Bloomfield Road 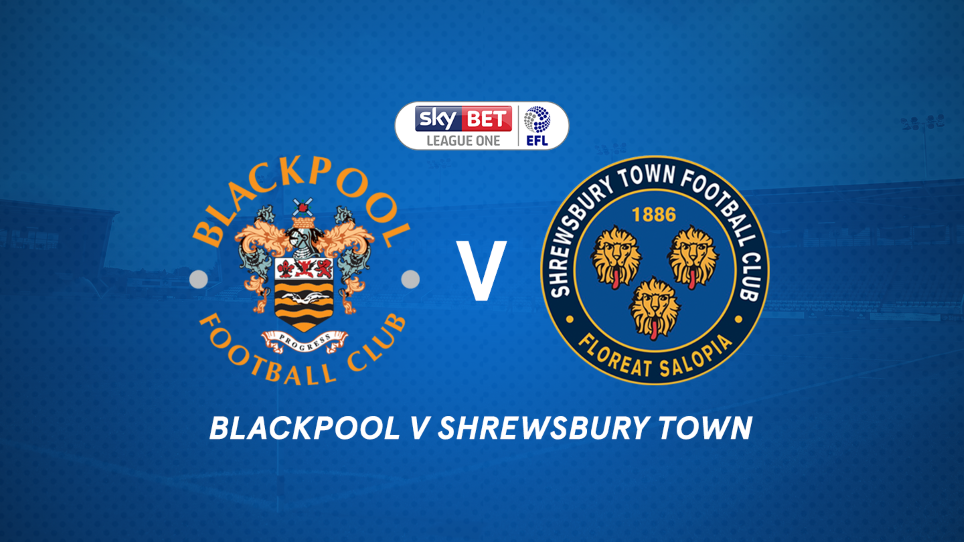 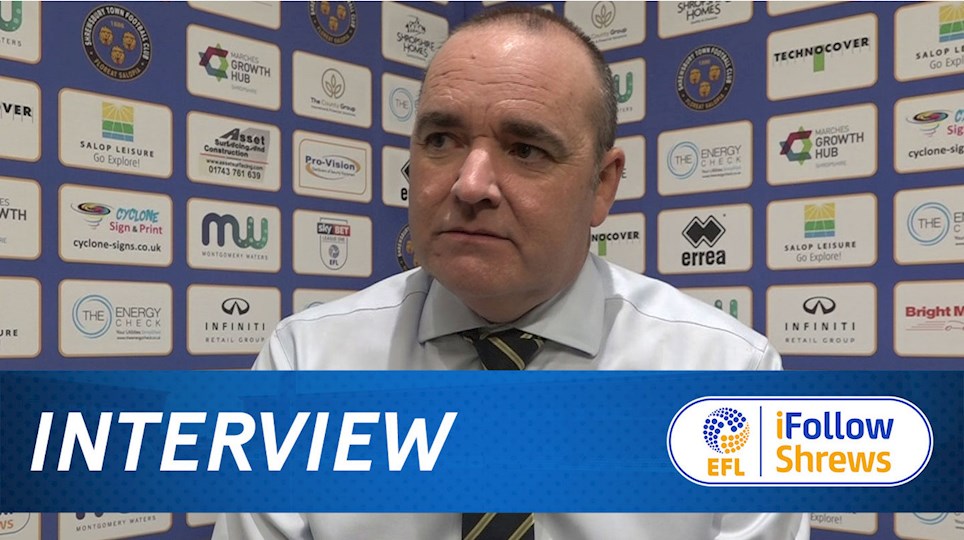