Tonight we face play-off chasing Peterborough United who still have everything to play for despite some patchy form. Posh are currently in ninth place and are the lowest placed team with a mathematical chance of making the top six in time for all the excitement. They may be quite a few points from their goal, they still have to play relegated Bury and play-off chasing rivals Portsmouth.  However other results go, Posh will have to beat us to stand any chance and they will have to improve on recent form. Over the last seven games, Posh have only managed to win once, draw twice and lost four with three of those defeats coming in the last three games.

Stats
Peterborough have failed to score in 18% of home games and 19% of away games.
Their most common away result is a 1-1 draw which has occurred 5 times.
Posh are the 14th best away team in League One with 24 points from 21 games.
They are also the fourth best goalscorers in L1 with 65 goals scored in 43 games.

Squad News
Posh: Defender Ryan Tafazolli will be missing with a Hamstring injury.
Town: Paul Hurst could change things around again as we have a few knocks bumps and bruises.

Summary
Posh manager Steve Evans has been quite complimentary about us this week, calling us the team of the season. Whether he is trying to praise us into a false sense of security or not remains to be seen but having crossed swords with him previously, we know his team will be motivated and difficult to beat. However, if Scunthorpe can get their desired outcome at MK Dons tonight and Posh do anything worse than an away win then their hopes of promotion will be over. 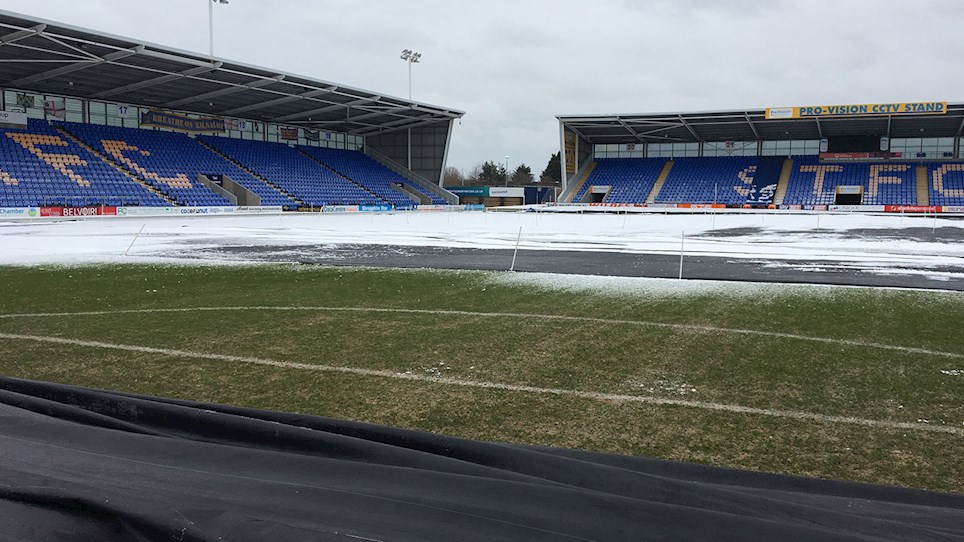 Team News: Town will line up in a 433 formation. Craig MacGillivray comes into the starting 11 in place of Dean Henderson. Sam Jones, Nathan Thomas, Stefan Payne and Luke Hendrie are also introduced into the starting line up. Sam Jones will play along Bryn Morris in the midfield and Abo Eisa and Thomas will start on the wing. Carlton Morris and Alex Rodman are restored to the bench. Mat Sadler and James Bolton haven’t been selected for the match day squad.

Town returned to winning ways after coming from behind to beat the visitors Peterborough united 2-1 at Montgomery Waters Meadow.

Second half goals from Stefan Payne, Omar Beckles and Lenell John-Lewis cancelled out Gwion Edwards’ first half goal and ensured Town took all three points after coming back from one nil down.

Town started the game brightly as they usually do. Ben Godfrey got on the end of a Sam Jones pass and narrowly missed the target from outside the box, sending a warning to The Posh early on.

Leonardo Da Silva Lopez was given an early yellow card for a rash challenge on Abo Eisa in the Town half.

Eisa was doing his reputation no harm on his second start for Town. The winger dribbled the ball towards the Posh box and finding a pass to Nathan Thomas. Thomas couldn’t find the net and shot just over the bar.

Posh got their first chance in the 14th minute and took it with both hands. Gwion Edwards found a yard of space and dispatched a hard and low shot, which found the bottom left corner of the net, giving Peterborough the lead early on.

The next 15 minutes went by without either keeper being tested. Both teams were battling hard for the ball in the middle of the park but neither team could calve out a clear-cut chance.

Referee Mark Heywood gave a yellow card to Eisa as he deemed the winger to have dived just outside the box.

The second half was drawing to a close and neither team looked like scoring. Da Silva Lopez went down from a Godfrey challenge and the Town midfielder was given a yellow card.

Town went into the break a goal down to the visitors.

Town came out for the second half with more intensity and drive. Although, The Shrews got caught out on a counter attack, lead by George Cooper. The Posh player passed off the ball to Da Silva Lopez in the box but Peterborough were denied a two goal advantage due to a great save from Craig MacGillivray from point blank range.

Town finally got an equaliser after pushing Peterborough hard in the second half. Luke Hendrie delivered in a corner and Omar Beckles managed to get a foot on the ball amidst a scramble in the box .The defender fired home into the bottom left hand corner in the 59th minute.

Town were defending for their lives at the other end of the pitch shortly after getting the equaliser. Max Lowe managed to get his body in front of what looked like a certain goal from Danny Lloyd and cleared the ball off the line. A scramble ensued in the box but MacGillivray managed to claim the ball and keep the score level.

Town were gathering momentum in the second half and nearly took the lead through Bryn Morris. The centre midfielder let fly a shot, which beat Posh keeper Jonathan Bond but also just beat the post.

Town finally got a second goal; a pass deflected towards Bond gave Stefan Payne a chance to run onto the ball. The striker’s shot at goal was deflected off Steven Taylor and nestled in the back of the net, giving town a 2-1 lead in the 73rd minute.

Frustrations were growing for Posh, after just two minutes on the pitch Junior Morais was given a yellow card for a late challenge on a Town player.

Lenell John-Lewis gave Town another goal in injury time to make the score 3-1. Substitute Arthur Gnahoua played through the other substitute, Lenell John-Lewis and the striker smashed home the ball in the left side of the net, giving Posh keeper Bond no chance and town a two goal cushion.

The game drew to a close with both teams still battling hard for the ball. Town managed to hold onto their lead and took all three points, going into the next game against Blackpool away.

Tickets are now on sale for our home game with Peterborough United.

Ticket prices for a 2017/18 Sky Bet League One fixture can be found here.

U8s go free to every home SkyBet League One game during the 2017/18 season. 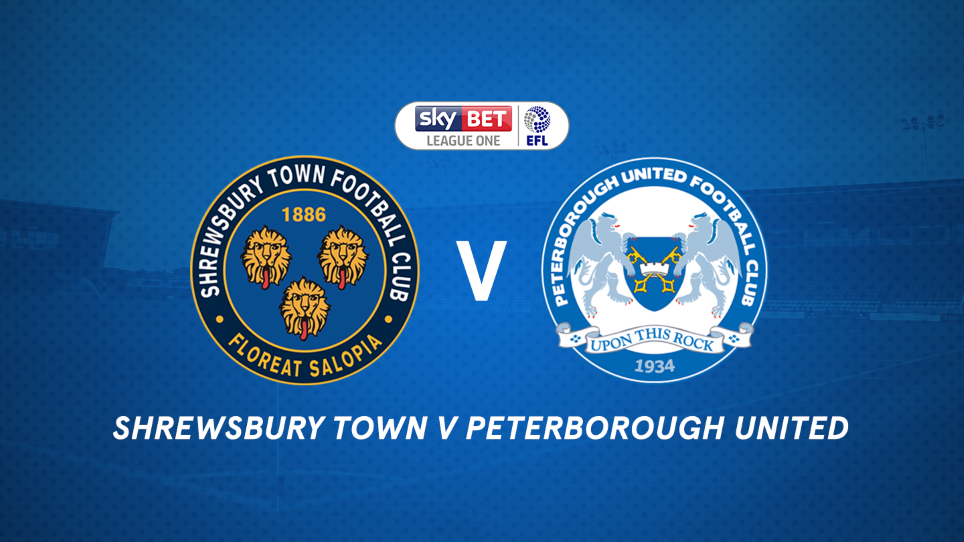