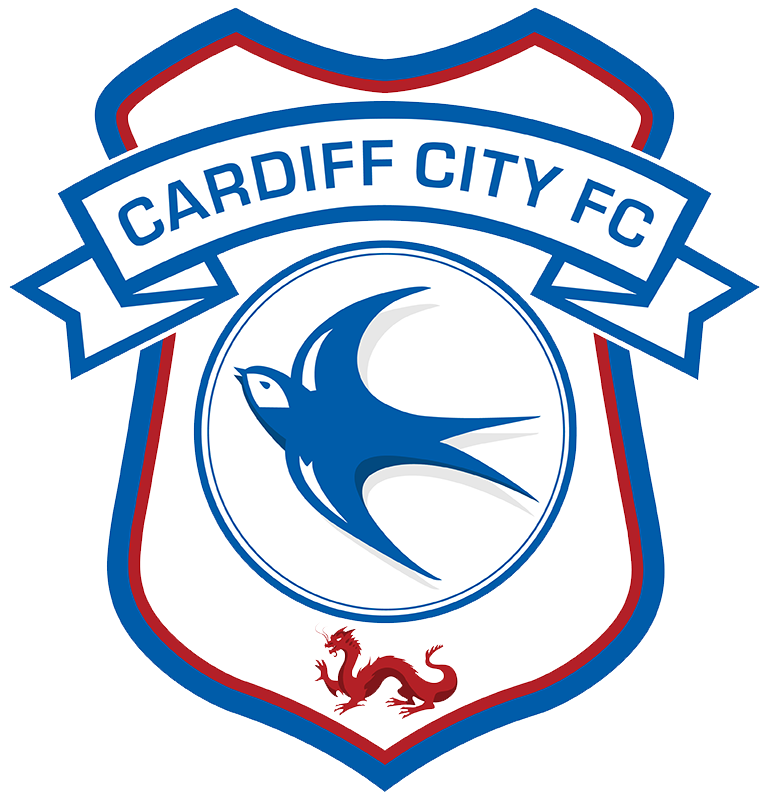 Having already beaten two Championship teams at the Montgomery Waters Meadow, Tuesday sees us looking for the hat trick with the visit of Cardiff City.  The Bluebirds finished last season in mid-table and their twelfth place last season makes them the most successful team we will play this closed season in terms of the previous season. It may be interesting to note that all the teams we will have played at the Meadow all finished between 12th and 20th in the Championship or it may just be a coincidence.

Like most teams City have been active in the transfer market, releasing a number of players but keeping much of last seasons squad, including top scorer Thomas Zohore and goal scoring midfielder Anthony Pilkington.

The Bluebirds most eye-catching summer signing in terms of money spent is 28-year-old forward Lee Tomlin who cost City £2-3 million. Tomlin is a player who made his name in non-league with Rushden before moving into the Football League with Peterborough scoring 32 times in 135 games including eleven goals in the Championship. He's also spent time with Middlesbrough, Bournemouth and his previous club Bristol City.

Forward Danny Ward has played up front and on the wing and came to City from Rotherham where he impressed Cardiff boss Neil Warnock enough to make him part with nearly £2 million for his services. Ward had been with Rotherham for a couple of seasons after moving for around £1 million from Huddersfield. An exciting player who can ping a killer assist and score from distance, he could prove to be a bit of a bargain.

Nathaniel Mendez-Laing is someone we should recognise from his time here on loan with us in 2014. It wasn't our best of recent seasons and he didn't really make a massive impact although I thought he improved with each game. The ex-Wolves trainee has spent time on loan with four other clubs (Peterborough, Portsmouth, Cambridge and Sheffield United) and has also had full time contracts with four clubs including Cardiff (Rochdale, Peterborough and Wolves although he never made an appearance for the first team).

The mantra of “friendly results aren't important” is well used at this time of the year and I'm going to use it again because that's what everyone who knows what they're on about says. The problem is that I'm a fan and I can’t help but be pleased by the results so far. I'm also pretty pleased with the performances throughout the team, obviously not everyone has been perfect but the commitment seems to run through the team at the moment. Where people haven't been perfect, I prefer to think it's fitness levels not being perfect just yet rather than a lack of ability of effort. What I really want to see is the crisp passing game we've seen so far this pre-season, I've been impressed by our ability to move the ball quickly forward through the team. Defensively I thought the partnership between Nsiala and Jules has looked most solid so far although there are a few combinations possible at the back that could work well. My prediction is in hope rather than expectation, I'd like to see a few goals from either side with the emphasis on the impressive.

Goals from Whalley and Dodds give Town another pre-season

Shrewsbury faced Championship outfit Cardiff City at Montgomery Waters Meadow in their penultimate home pre-season fixture before the beginning of the 2017/18 League One campaign.

The opening minutes were a lively affair, with both teams creating dangerous chances. Salop's number 9 Carlton Morris saw his shot caught comfortably by City goalkeeper Neil Etheridge after a neat turn by the striker on the edge of the box.

Former Town loanee Nathaniel Mendez-Laing made his way into the box twisting and turning his defender. After escaping his marker he squared the ball to the dangerous Zohore positioned centrally on the edge of the 18-yard area. His right-footed shot was well blocked by the on rushing Nsiala, diverting the ball for a corner. The corner was punched away from the commanding Salop goalkeeper Henderson.

Nsiala then tripped Cardiff City centre forward Zohore following a long ball from the Cardiff backline, resulting in a free kick in a dangerous position. Lee Tomlin struck the free kick well, but his right footed shot from 23 yards went high and just wide of the target.

The opening goal came to the visitors just before the half time break. A communication error between Dean Henderson and his central defenders sitting in front saw Kenneth Zohore outmuscle Sadler, who squared the ball to Mendez-Laing allowing the Cardiff right winger to slot the ball past the stranded Henderson to make the score one-nil to the South Wales team.

Town began the second half on the front foot. Three minutes after the interval Shaun Whalley darted into the box but had his run ended after a clear trip by Cardiff right back Lee Peltier giving referee Bobby Madelyn no choice but to point to the penalty spot. After winning the penalty, Whalley was confident enough to take the spot-kick himself. He dispatched the penalty calmly, shooting to the centre of the goal, with Etheridge only able to get a leg to the ball, which was not enough to stop the score line being leveled.

Shrewsbury quickly attacked again, and two minutes after the leveler being scored, the ball was in the back of the Cardiff City net once more. Another Whaley shot was blocked to the right of the 6-yard box. Instead of the ball being cleared by, it fell to the feet of Louis Dodds who's composed shot found its way into the bottom left hand corner of the net putting Salop in front.

Salop continued to impress offensively. Close control by Alex Rodman saw the former Notts County player accelerate away from the Cardiff defenders to find himself one-on-one with Etheridge albeit from a tight angle. After taking his time, City's Bamba was able to recover and get close and slid in poking the ball behind for another Shrews corner. The Town was again dangerous from this set play with the impressive Nsiala heading the ball back across the 6-yard area to be met by the leaping Junior Brown. Brown's thunderous header rocketed against the cross bar with Etheridge well beaten, however after hitting the bar the ball went over for a Cardiff goal kick.

A strong second half showing by Salop gave them the victory over Championship team Cardiff City who struggled to really test Town goalkeeper Dean Henderson. In the second half, Town were much quicker to move the ball when in possession, and press the Cardiff players when not. Overall, a very pleasing display from Shrewsbury, and one which fills the Salopian faithful with hope for the upcoming campaign.

Come On You Blues

Tickets on sale now for pre-season visit of Cardiff

Tickets are now on sale for our pre-season friendly game at home to Cardiff City.

Cardiff City have been allocated the North Stand.  Town fans can purchase tickets in the East and South Stands.