This weekend Shrewsbury Town take on Scunthorpe United in Sky Bet League One at Montgomery Waters Meadow.  Scunthorpe's last win in League One was a 4-1 home win against fellow struggler's Southend, their last away win was a 1-0 at Fleetwood on 26th January. Their only other win since then was at home to Accrington but they have had decent spells this season. That away win at Accrington was the last in a sequence of 6 games unbeaten with only one draw, they also had a run of eight games without defeat through September although five of those games ended in draws after 90 minutes. The Iron have won twelve games this season, equally split with six coming at home and six away from home. Their home record is marginally better by virtue of four extra draws whilst away from home they've been defeated twelve times, more than any other team in League One apart from bottom placed Bradford.

two at home and three away in League One.

Ollie Norburn is a doubt for Town because of an Achilles injury.

After three points last weekend at Southend we could really do with another to push us further from the drop zone. The potential loss of Ollie Norburn is a bit of a blow but we aren't too badly off for midfielders so hopefully, someone can slot in should Norburn not make it. A good performance will be necessary because Scunthorpe are fighting for their lives and from their point of view, they need the points more than we do.

Town battle it out with Scunthorpe United as they secured a point with a late own goal from Adam Hammill.

Town battled it out with Scunthorpe United to earn a point after an end-to-end game.

The Shrews managed to net a late equaliser due to an own goal but were unable to go one better and secure the win.

Team News: Sam Ricketts made no changes to his winning side that beat Southend United in the previous fixture.

Town started the half in good form, just as they had finished the last game against Southend United. It took only five minutes for the elusive Greg Docherty to drive into the box and let off a shot. Unfortunately for the Shrews midfielder, Jack Alnwick was equal to the effort and made a good save.

Scunthorpe had their own early chance just two minutes later. Tony McMahon floated in a ball from a free-kick and the ball bobbled around in the box until Jonathan Mitchell dived well to claim the ball.

It was the visitors who managed to register a goal first. In the 23rd minute Kyle Wootton managed to latch onto a good cross and headed home past Mitchell – giving the Iron the lead.

Town were constantly pushing to get back into the game and were continually trying to progress into the opposition half. The Shrews came inches away from registering a leveller through Luke Waterall but the defender narrowly missed Shaun Whalley’s driven cross.

Town once agonisingly close to levelling right on the stroke of half-time. Omar Beckles rose above the rest to guide a powerful header towards goal but James Perch managed to jump well and clear the ball – avoiding a certain goal.

The half came to an end with Town unable to find a leveller. Some good play from Sam Ricketts’ team would have given encouragement going into the second period.

The first 10 minutes proved frustrating for both teams. The visitors were battling with Town in the middle of the park and were trying to retain possession, as Town were looking to break on the counter-attack at any given chance.

In the 56th minute Perch was given a yellow card for a poor challenge on Anthony Grant.

Town were pilling on the pressure and making the second-half uncomfortable for Scunthorpe. Scott Golbourne and Whalley were continually pumping balls into the opposition’s box.

Second-half substitution Aaron Amadi-Holloway was the next Town player to come close for his team. He latched onto Whalley’s cross but his powerful header was deflected over the bar.

Tyrese Campbell was introduced into the team in the latter stages of the half and looked to be making an impact. The forward was proving to be a handful for the Iron defence but Town struggled to find that cutting edge pass.

The game came to an end with both teams taking a point. Town pushed and pushed to find a winner but were unable to break down the Iron back line.

Shrewsbury Town are pleased to announce a number of ticket offers for the run in to the end of the Sky Bet League One season.

With some important games ahead the initiatives are hoped to both reward our supporters who have backed the team in numbers all season, and to help see some new faces coming to the Montgomery Waters Meadow.

We will be running the following offers for home games-

Season Tickets holders will be able to bring a friend to the Oxford United game for 50% off the normal matchday price.

And the final offer is for 50% off the total price if you purchase both the Oxford United and Walsall games together.

“We have two homes games coming up and I think it is important we try and get as many people into the stadium as we can.”, said Brian.

“The support this season has been excellent and Sam and the players have appreciated the backing they have been getting.

“I believe these initiatives will help to reward those who have been coming all season, as well as giving the opportunity for some to come along to the Montgomery Waters Meadow again.

“The Safe Standing offer for the Scunthorpe game sold-out and it was great to see it packed.

“Season Ticket holders have great savings over the season but they can also help us by bringing along new supporters to the Oxford United game.

“There is sure to be big demand for tickets for the Walsall game and the final offer gives people the chance to secure their tickets for what is always a good derby game.”

The following offers are available.

Buy Oxford And Walsall And Get 50% Off will be available online.

The Season Ticket Holders Bring A Friend and the Buy Oxford And Walsall And Get 50% Off are available right up to kick-off of the Oxford game.

The Season Ticket Holders Bring A Friend is only available in person from the ticket office or over the phone on 01743 273943.

New registrations to the ticket system have been suspended until the end of the season, if you would like to register a new account please contact the ticket office and they will be able to sort this for you. 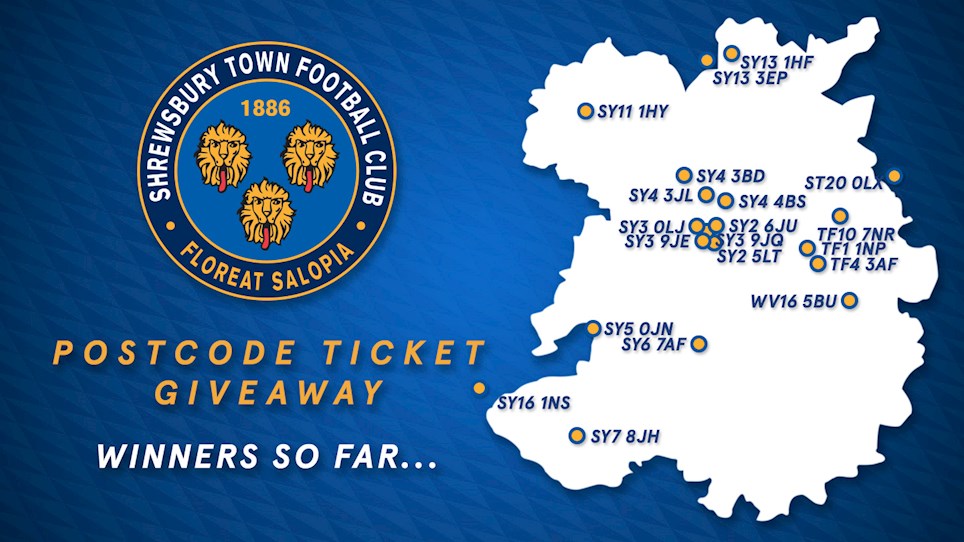 SY11 1HY Is The Lucky Postcode 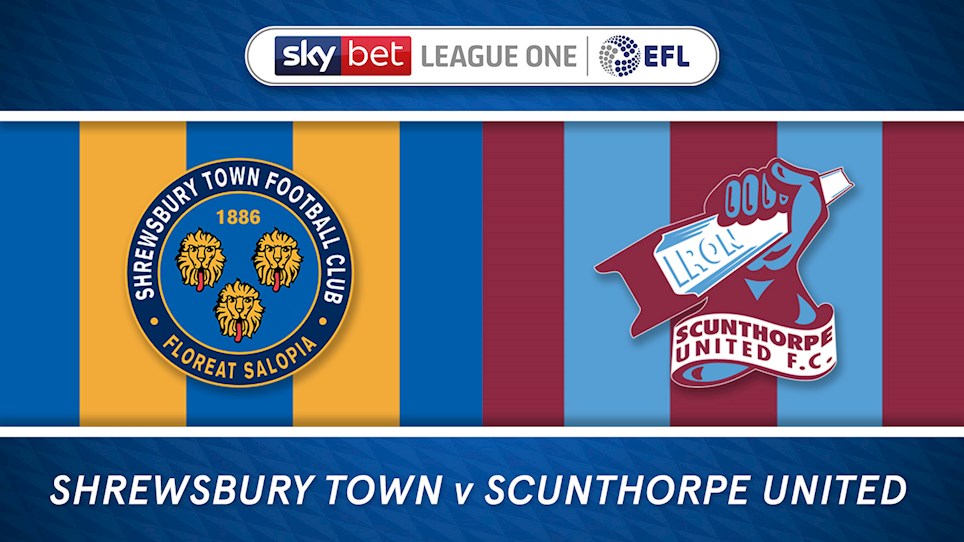