Games don't get much bigger for Shrewsbury Town fans. A proper Saturday afternoon cup-tie against our nearest Premier League team in January. Personally I'd prefer a crisp cold day rather than the forecast showers but at this stage I'll take it as an omen that we can rain on Wolves' parade. The Wanderers beat the top team in the country to get to the Emirates F.A. Cup 4th round as they proved they wanted it more than Liverpool in a 2-1 win at Molineux. Last weekend they beat Leicester City 4-3 in and exciting game that showed their ability going forward and also one or two defensive vulnerabilities. The win left them in eighth place in the Premier League.

Seven in all competitions, four at home and three away.

Wolves have played in three-cup games so far this season, one in the F.A. Cup against Liverpool, and two in the League Cup beating Sheffield Wednesday 2-0 away and losing to Leicester on Penalties at home after a 0-0 draw.

Their strongest part of away games is the last fifteen minutes of the second half, during which they've scored five times this season. It's also one of their weaker parts of their game defensively with three conceded.

Both teams score in 51% of their away games.

David Edwards will be sitting this one out as announced a day or so ago. Shaun Whalley and Aaron Amadi-Holloway are both injured and Lenell John-Lewis is out for the rest of the season.

A quick look at their squad shows that Wolves manager Nuno Espirito Santo has used his wide knowledge of Portuguese football to bring in almost enough of his countrymen to field a fully Portuguese first team. In fact, if he added Brazilian Leo Bonatini he could field eleven Portuguese speakers although he'd need to play a six-man midfield, three strikers with just 19-year-old Ruben Vinagre at the back.

Obviously this is going to be one of our toughest games all season but I've seen a fair few Shrewsbury Town teams beat higher status teams in my time, so an upset wouldn't be a huge surprise. However, we need to play at our very best and hope that Wolves have a bad day if we're going to get anything!

A great game of football came to an end with Shrewsbury Town drawing 2-2 with Wolves,

The half began with both teams looking to be positive on the ball and each side were having some success in the middle of the park. Town were relentlessly looking to go forward and were causing the visitors problems.

Wolves had a great chance in the 25th minute to take the lead through Adama Traore. Matt Doherty dribbled his way into the box and found the winger in half a yard of space. The forward was unable to guide his shot on target and lofted the ball over the bar.

Town had their own decent chance just before the thirty-minute mark through Omar Beckles. The defender saw the ball kindly fall his way but his strong half-volleyed effort was well blocked and the ball deflected away from goal.

Greg Docherty stung the palms of John Ruddy with just five minutes left in the half. The midfielder found himself in a yard of space on the edge of the box and riffled a swerving shot that Ruddy did well to deal with.

Mat Sadler was given a yellow card in the 44th minute by Roger East for fouling Helder Costa. Sadler brought down the winger as he looked to run at the Town back four.

A solid half by Town saw both teams go into the break level on the score sheet. Both sides had chances but Sam Ricketts’ men had the more dangerous shots and troubled Wolves on a number of occasions.

Town wouldn’t have wanted the first-half chances to go to waste and Docherty made sure his next effort counted. Fejiri Okenabirhie smartly fed a through ball the midfielder and Greg blasted his effort into the roof of the net.

A heroic save by Steve Arnold was the only thing denying the visitors pulling a goal back. Matt Doherty whipped in a lovely cross to Helder Costa who saw his header from six yards palmed away by Town’s keeper.

With his first touch of the game, Raul Jimenez nearly pulled Wolves back on level terms. The striker got on the end of a driven cross but his first tine effort went wide of the post.

Docherty was given a yellow card in the 62nd minute for blocking a Wolves free kick.

Anthony Grant was also booked a minute later for the same reason.

Another brilliant challenge from Luke Waterfall denied Wolves an opportunity to pull a goal back. The centre-back slid in for a last ditch challenge and managed to poke the ball away from Jimenez – who would have been clean through on goal.

Town managed to double the lead with just 20 minutes left on the clock. A great delivery from Ollie Norburn’s corner found its way onto the head of Waterfall and the defender smashed home the ball from a few yards out.

Wolves did manage to pull a goal back in the 75th minute. Jimenez finally made one of his efforts count and side footed the ball into the goal from just inside the box.

Matt Doherty managed to pull Wolves back on level terms during injury time. The right-back managed to latch onto the end of a cross and headed the ball home.

The game came to an end with the scores level after a great game of football.

Tickets for Wolves in the Emirates FA Cup fourth round officially sold out this morning.

As expected tickets for our fourth round Emirates FA Cup fixture with Wolverhampton Wanderers officially sold out this morning.

The club is now operating a waiting list for those who were unable to get themselves a ticket. If you still wish to purchase a ticket, please contact the ticket office with your supporter number, contact number and ticket requirements.

You will be contacted should anything become available.

CEO Brian Caldwell spoke to Shrewsweb regarding the news of a sell-out.

"We are delighted to announce that the match is now a sell-out. The sales have been constant over the last six days with no requirement to go to public sale.

"I do believe the fact that the match isn't being televised and is a Saturday kick off at 3pm against our nearest rivals has created great interest in the match with a sell out unlike games here such as Manchester United and West Ham, both of which went to public sale.
"We have started a waiting list for anyone missing out on tickets incase of any returns etc as we strive to accommodate as many who have missed out if possible. We are pleased that most of the season tickets and those with high loyalty points were able to secure tickets first which rewards their loyalty." 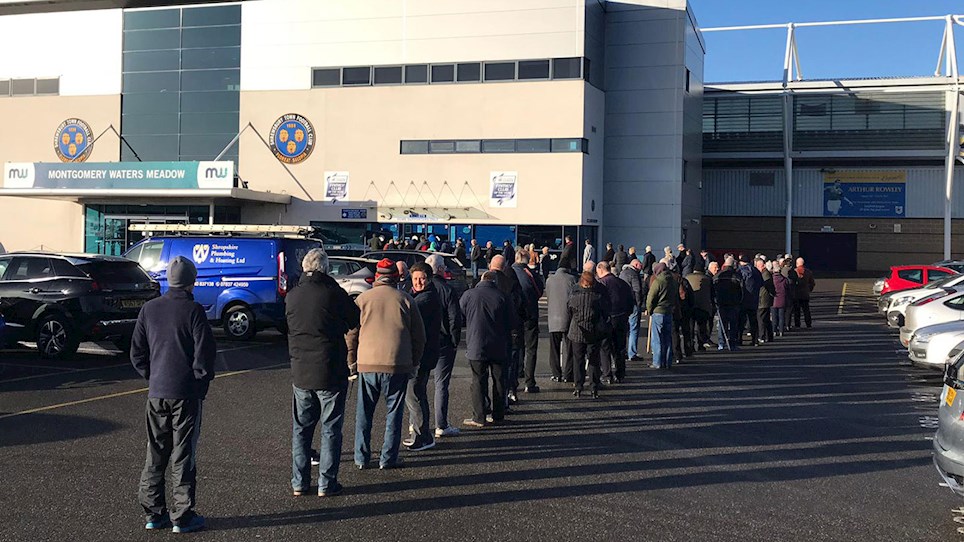 BC On Season Ticket Sales Of Wolves Tickets 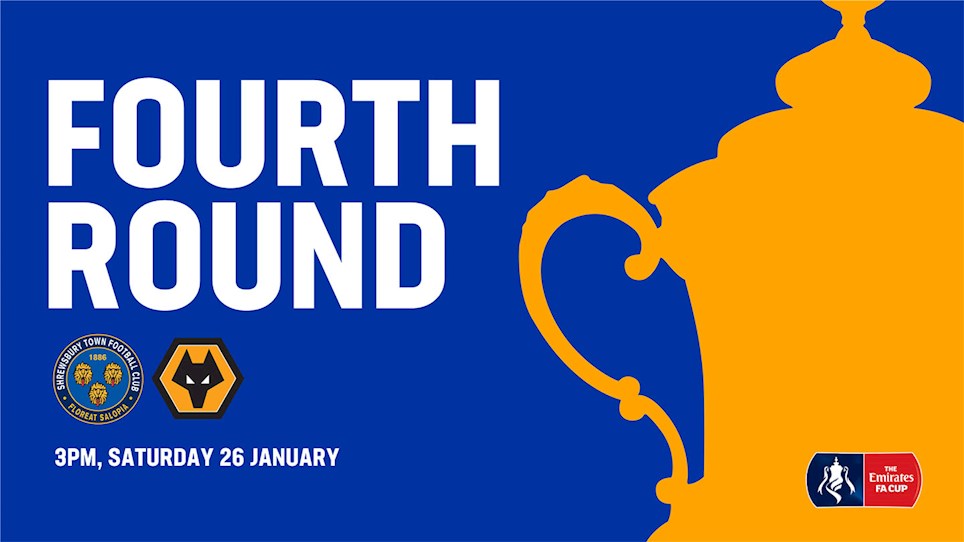