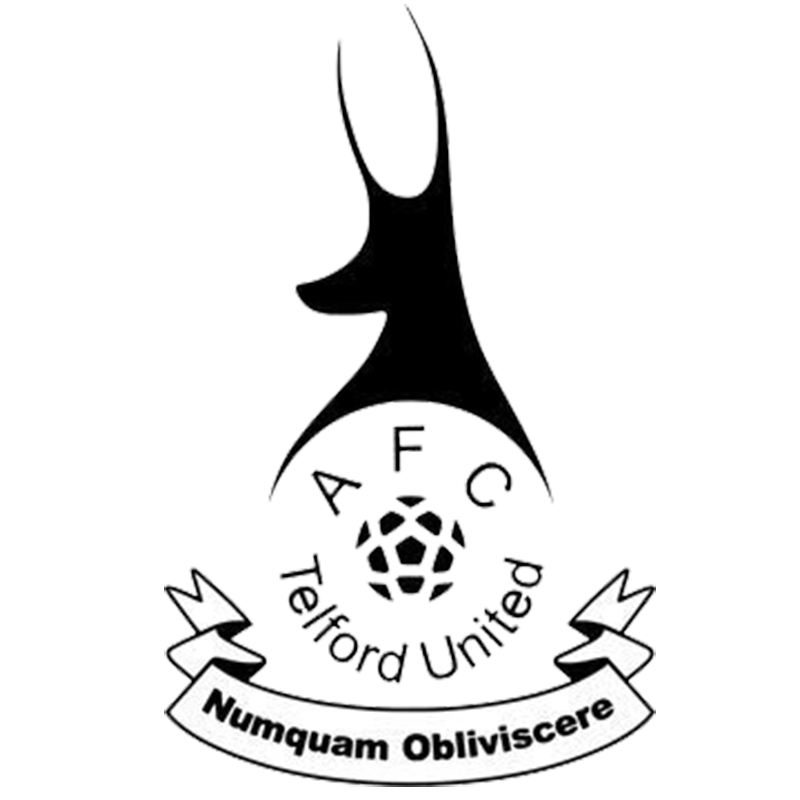 Marcus Braddock gives his insight into tonight's game against the Bucks

Tonight, Shrewsbury Town take the short trip to Wellington to face Telford. The Bucks are currently in the Football Conference North and finished last season in 14th place after a season that brought them 8 home wins and 8 away wins. Sadly they lost 10 at home and 11 away from home so the season wasn't the success that Bucks fans would have wanted.

We meet again
Telford have had one or two players who have been with Shrewsbury for part or all of their youth career but there are one or two who played a larger part for us. Dom Smith had and still has good potential to be an excellent central defender and I was a sad to see him go as I'd hoped to see him follow in the footsteps of Conor Goldson and find a career in the upper reaches of the league. At 22 he still has plenty of time to forge a decent career, especially with good experience in Shropshire with Shrewsbury and Telford.

Manager Gavin Cowan was also a defender for Shrewsbury Town, making 24 appearances and scoring once in the mid 2000's. Cowan started at Braintree and played for a host of clubs including Telford for whom he made 89 league appearances. He's also studied at degree level in sports science and has a host of coaching badges which all bodes well for Telford.

Summary
For this one I'm very much with Mr Askey, talk of rivalry is a little out of place given the distance between the two clubs positions in the league. That's not to denigrate Telford's position, it's just the fact, we've barely played each other in anything other than the Shropshire Senior Cup in the modern era. If I'm honest a little part of me would like to see Telford rise in the leagues because it would be nice to have a proper Derby game against a genuinely close team. As much fun as the other “local” Derbies are, they all have bigger fish to fry than us.

Whatever happens in this game I hope it's played in the right spirit, obviously Telford are going to want to get something so they'll be well motivated and probably at us from the whistle. If we can weather their pressure we should find it a good test on our road to match fitness ready for Bradford City on August 4th.

Goals from Eisa and Okenabirihie give To

Town’s penultimate pre-season friendly ended with a victory over local rivals, AFC Telford United away at The New Bucks Head.

After going a goal down in the first minute, Askey’s men secured a victory due to an equaliser from Arthur Gnahoua and a winner by Town new boy Fejri Okenabirie.

Team News: Askey starts with another mixed 11 as the penultimate home game against AFC Telford United gets underway. Charlie Colkett and Josh Laurent get their first starts for the Club

A fiery and fast paced start saw Telford take the lead within the first minute. A set piece delivery found its way to Morgan-Smith in the box. The Bucks number nine slotted the ball in the right side of the goal past Town’s trialist keeper.

After sustained pressure from Town, Askey’s men were awarded a corner. Kieran Kennedy latched onto Charlie Colkett’s delivery and found Lenell John-Lewis in the box. The striker flicked the ball off the bar but the referee deemed the ball to have not crossed the line.

The next 20 minutes didn’t produce any goalmouth action for either sides, with both teams battling it out in the midfield. Colkett and Ryan Haynes were doing well to advance up the Telford pitch but couldn’t cut out a clear opportunity for the Town front men to have a shot at goal.

Town were awarded a penalty towards the latter stages of the half. Stefan Payne neatly slipped John-Lewis through on goal and the Bucks keeper brought down John-Lewis, but the striker couldn’t find the target from the spot.

Arthur Gnahoua finally got the equaliser for Town with just five minutes left in the half. The midfielder found half a yard of space on the edge of the box and curled a great effort just inside the post, putting the teams level on the score sheet.

Haynes was the next Salop player to have a chance at goal after driving up the field. The left back found himself on the edge of the box and let off a curling shot but the ball lashed off the bar to the relief of the Bucks keeper.

After a dominant end to the half, Town went into the break level with The Bucks.

It didn’t take long for Payne to have a shot at goal. His swerving effort from outside of the box earned his side a corner in the 49th minute. Kieran Kennedy was the man who latched onto the ball but the defender couldn’t find the target after a bright start from Town.

John-Lewis was inches away from making up for his penalty miss shortly after Payne’s effort; the striker found a yard of space in the box and looked set to score. A strong saving foot to the ball from Martinez was the only thing denying Town a one-goal lead.

Similar to the middle of the second half, the goalmouth action dried up with both teams battling it out to have possession of the ball. Both teams didn’t retain the ball enough to create significant chances.

Slightly after the 65th minute Town got the goal that took Askey’s men into the lead. Josh Laurent did well to get behind the defence after a one-two with Gnahoua. He found Fejiri Okenabirhie in space in the box and the Town new boy slotted home to make the score 2-1.

Town’s dominance on the game was beginning to show. Good passing in the midfield ensured Telford were limited to having few chances to danger the Salop back four.

Town saw the game and their penultimate Pre-season friendly ended with a 2-1 score line.

Details for our pre-season trip to the New Bucks Head

AFC Telford v Shrewsbury Town
Wednesday 25th July – 7:45pm Kick-Off
New Bucks Head
Pre-Season Friendly
Ticket prices have been confirmed for our friendly against AFC Telford on Wednesday 25th July.
The fixture, which will be John Askey’s sides fifth game of the pre-season programme after games with Kidderminster Harriers, Bristol City, Burnley and Brentford.
Shrewsbury Town won't be given tickets to sell for this game so tickets will only be available on the evening.
Prices for the game are:
Adults - £8
Concessions (Seniors/Students) - £5
Under 16s - £1
Town fans will be situated in the Frank Nagington Stand, as well as limited seats available on the day,  for this game.