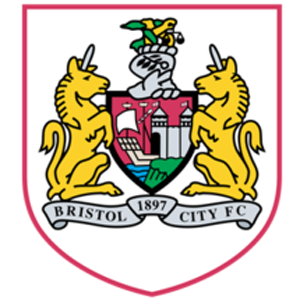 Town’s venture to face Championship Bristol City ended with the teams drawing in a 1-1 game. Both goals came in the first half with Stefan Payne cancelling out O’Dowda’s 12th minute strike. A stop start game with multiple changes would have provided a good experience for the squad.
Report:

Early chances fell for Town as the squad were passing nicely around the midfield. Stefan Payne and Jon Nolan linked up well together to find the midfielder in the box but he couldn’t keep his shot down and the ball flew over the bar.

Against the run of play, Callum O’dowda found a yard of space and fired The Robbins in front with a low shot, which nestled in the corner of the goal in the 12th minute.

It wasn’t long until Town got back level. Stefan Payne received a good pass from Lewis and the striker lashed a shot from outside of the box which narrowly crept in and put Town back on level terms.

Callum O’dowda was looking positive for City. The attacker ran at the Town back line and into space but couldn’t find the target with a long range shot.

Town went into the break level on the scoresheet. Stefan Payne restored the scores after a positive first half from Askey’s men.
Second half:

It wasn’t until ten minutes after the second half had started, a foul on the edge of the box gave Shaun Whalley an opportunity to cross the ball.

The second half was lacking any real goal-mouth action, until Arthur Gnahoua managed to win his team a corner from some impressive wing play. However, City cleared the ball well away from danger.

Aaron Holloway was the next Town player to have an opportunity but the striker had to wait until the 72nd minute. The striker got on the end of a Bryn Morris cross but the front man’s header was well blocked.

The next chance in the stop start game came to the same player in the 88th minute. A good counter attack found Morris on the wing who crossed the ball into Holloway, but he couldn’t find the target.

The game came to an end with the scores level after goals from Callum O’Dowda and Stefan Payne.

Ticket details for the Pre-Season Friendly away to Bristol City

Ticket prices have been confirmed for our friendly against Bristol City on Saturday 14th July.

The fixture, which will be John Askey's first open friendly as Shrewsbury Town Manager, will take place at Ashton Gate with a 1pm kick-off.

Shrewsbury Town won't be given tickets to sell for this game, but tickets are available to purchase in advance through Bristol City or can be bought on the day at a slightly increased price.

Prices for the game are:

If you would like to purchase in advance then you can contact the Bristol City ticketing line on 0117 963 0600 (Option 1), making yourselves known as a Shrewsbury Town fans.

Tickets will be available from 10am on the day in the South Stand Ticket Office, which is located in the Winterstoke Car Park behind the South Stand.

Shrewsbury fans will be situated in the Atyeo Stand for this game.