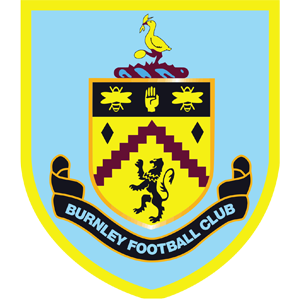 Team News: Town Line-up with a strong XI to face Burnley as John Askey looks to asses his squad ahead of the up coming season, including a start for recent signing Aaron Amadi-Holloway.

Town’s third Pre-Season game Askey’s men unbeaten run after they secured a one nil win against the Premier League’s Burnley. A second half goal from Charlie Taylor proved fatal for The Clarets.

The game started with both teams looking to attack the opposition goal from the get go. Town’s wing play was proving difficult for Burnley as Stefan Payne narrowly missed the ball from Luke Hendrie’s cross just after the ten-minute mark

Burnley had their own close chance three minutes later and could have taken the lead if it wasn’t for good defensive work from Town as they saw the ball well cleared.

Chris Wood had a golden opportunity to put Burnley ahead just before the 30-minute mark. Wood found himself on the end of a through ball one on one with the keeper but the Shrews trialist got strong hands to the ball to deny the striker.

A double save from Town’s trialist keeper once again denied The Clarets from going one nil up. Burnley’s number 15, Ali Koiki had two bites at the apple but couldn’t find the back of the net from inside the box.

After a period of defending, Town had a chance to advance towards goal towards the latter stages of the half. Good running up the pitch from Whalley found the winger in a yard of space but his shot whistled just past the post.

The half ended with Town and The Clarets level on the score sheet after a solid defensive display from Askey’s men.

Town started the second half having made five changes as Askey continues to have a look over his squad during pre-season.

The second half stared with Town looking to be more dangerous in the final third. It didn’t take Fejiri Okenabirhie long to pressure the Burnley back line with a shot at goal, but the Town new boy saw his effort blocked by the Burnley defence.

With fresh legs on the pitch, Town were looking more threatening in the Burnley half and the game was evening up. The Town trialist centre midfielder had a glimpse at goal but couldn’t find the target with an emphatic volley.

Burnley’s most dangerous attack didn’t come until the 68th minute. Dan Ageyi found space on the right side but couldn’t find any claret and blue shirts in the box and the crossed effort went wide.

Town managed to get them selves on the score sheet due to some good fortune towards the latter stages of the game. Fejiri Okenabirhie flashed a ball across the goal and Burnley’s Charlie Taylor knocked the ball into his own net past Tom Heaton, after pressure from the on coming Lenell john-Lewis.

Town had another chance just a minute after the goal. Fejiri Okenabirhie worked well to find John-Lewis in the box but the striker flashed the ball just wide of the post from inside the box.

Burnley nearly levelled the score with just under 10 minutes to go. A defensive mistake saw the ball bobble around in the box but The Clarets number 32, Dan Agyei lashed the ball over the bar.

The game ended with Town as the victors. A good defensive performance from the team ensured Burnley didn’t get on the score sheet. Askey will be pleased with the win against a strong Burnley team.