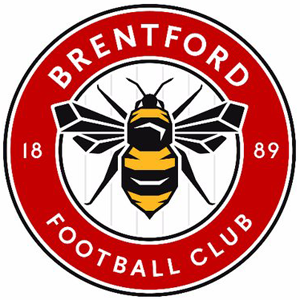 This weekend sees our new manager Mr Askey face his first home fixture for Shrewsbury Town in front of  the home fans. Championship Brentford are the visitors and will give us a good test ahead of the new season. Last season saw the Bees finish ninth in the Championship, a position they occupied two seasons previously after finishing 10th in 2016/7. They've been in the Championship since their 2013/4 automatic promotion after finishing second to Wolves. Their best finish to a season during their time in the second tier was 2014/5 when they came fifth and took part in the play-offs, albeit unsuccessfully.

We Meet Again
Brentford have a three ex-Shrewsbury Town players on their books including  midfield powerhouse Ryan Woods. Ryan came through our youth system and turned into one of the best players we've ever produced but eventually left for Brentford after almost 100 games for us. Goalkeeper Luke Daniels also spent time at Montgomery Waters Meadow as a loan player for West Brom making 44 appearances in a season that saw us reach Wembley via the Play-offs. Midfielder Romaine Sawyers had a short spell with us in 2012  although he was very young and only here for  seven games on loan from West Brom.

Top Scorers
Last seasons top scorer was Neal Maupay who signed last closed season from St Etienne. The Frenchman repaid Brentford's faith and rumoured £1.6 million fee with 12 goals. Brentford's second placed goalscorer is Ollie Watkins who signed for Brentford a few days after Maupay for an undisclosed fee from Exeter City. The 22 year old scored 10 goals in 39 starts having scored 21 in 55 starts for his previous team.

Transfer activity
This morning saw Derby County sign Brentford winger Florian Jozefzoon for an undisclosed fee. The 27 year old midfielder scored seven goals from 43 appearances. Just over two weeks ago Brentford signed Algerian striker Said Benrahma from Nice. He's been capped once for Algeria and spent last season on loan in the French second division with Châteauroux, scoring nine times in 31 appearances. Brentford have also brought in Charlton defender Ezri Consa Ngoyo this closed season. He played against us four times for last season so should know his way here on his own!Brentford have also lost defender Andreas Bjelland who left on a free after an injury blighted career with the Bees.

Summary
As with all pre-season friendlies I'm not going into this one with any expectation but I am hoping for a good performance from Mr Askeys team. The result of these sorts of games is unimportant compared to fitness, tactical assessment and appraising players ability. I'm quite interested to see how our new signings start at home as they look to find some form and maybe work out who any triallists might be. Either way, it will be good to get back to the Meadow, the world cup is nice but it's no substitute for real football.

Okenabirhie and Holloway on the scoresheet in Brentford defeat

Team News: John Askey names a strong contingent of players for the visit of Brentford. The team will line up in a 433 formation with Fejiri Okenabirhie and Alex Gilliead on the wing supporting Holloway up top in Askey’s first game at the Montgomery Waters Meadow.

Askey’s first game at the Montgomery Waters Meadow would end in defeat to the visiting Brentford. Despite a good performance from the team, Brentford edged the score line with a 3-2 victory.

Goals coming from new signings Aaron Amadi-Holloway and Fejiri Okenabirhie were not be enough to get past The Bees in Town’s only Pre-Season fixture at home.

The game started with both teams trying to attack the opposition back line. Brentford’s number seven, Sergi Canos managed to let off a shot but captain for the day, Omar Beckles leaped to get his body in the way. His clearance sparked a counter attack and Town were unlucky to not get a man on the ball from Alex Gilliead’s driven cross, which whistled along The Bees box.

Brentford were the team that got off the mark first, through Marcus Forss. The Bees number nine was dealt some good luck from a Bryn Morris mistake. The

striker was fed a through ball from the middle of the park and made the mistake costly, slotting the ball past Steven Arnold.

Town didn’t look like sitting back after conceding and Brentford’s lead didn’t last. A lofted through ball found its way to Fejiri Okenabirhie on the left side and the Town new boy smashed home his chance in the top left corner of the goal, brining the score level.

After just 26 minutes of the half another goal was scored. An own goal by Toto Nsiala put Brentford in the lead. A shot rebounding off the post hit the defender and bundled into the back of the net.

Town were beginning settle into the game and pressure Brentford more and more with ten minutes to go in the half. Gillliead’s impressive wing play continued as 22-year old beat his man but couldn’t beat the far post from outside of the box with a driven shot.

Brentford went into the half time break with a one-goal lead. Despite the score line, Town looked strong towards the latter stages of the half and will look to continue that in the second half.

Town came out in the second half right where they left off in the first, dominating the possession and having the better of the chances. Alex Gilliead came very close to drawing the scores just after the 55-minute mark. The winger’s shot was saved and put out for a corner by The Bees keeper Luke Daniels. The subsequent corner resulted in Amadi-Holloway getting his first goal for Town with a good header into the corner of the goal, brining the score to 2-2.

The next ten minutes didn’t wield any goalmouth action but the game started to open up with Brentford getting their eye on goal. However, Town’s defensive resolve was tested remained strong as the trialist keeper made his first, but crucial save in the game, keeping Town level against the Championship outfit.

Romaine Sawyers had the next opportunity for The Bees, the attacking midfielder latched onto a cross in the Town box but couldn’t find the target to the relief of the Town defensive contingent.

The Bees were looking stronger as the game went on. In the 82nd minute they took a chance through Emiliano Camargo. The Bees number 10 latched onto a low cross and slotted the ball into the net, giving the visitors the lead.

The game ended 3-2 with Brentford taking home the win. Goals from Amadi-Holloway and Fejiri Okenabirhie were not enough to edge the score line.

Ticket details for the pre-season friendly at home to Brentford

Tickets are now on sale for our pre-season game against Championship side Brentford on Saturday 21st July.

The game will be John Askey's first home game in charge at the Montgomery Waters Meadow and will kick-off at 3pm.

Prices for this game are as follows:

The Salop Leisure South Stand won't be open for this game, with home fans situated in the West and East Stands. Brentford Fans will be in the North Stand.