Marcus Braddock looks ahead to the Emirates FA Cup replay

Tonight sees us replay Salford after drawing at Montgomery Waters Meadow in the Emirates FA Cup first round. They're the glamour club in the National League because of their connection with Manchester United stars Ryan Giggs. Paul Scholes, Nicky Butt and the Neville brothers who all own 10% of the club each. In the four years since they bought into the club, Salford have enjoyed three promotions and look to be eyeing up a fourth with the Ammies sitting pretty in 2nd place in the National League. Salford hasn’t lost a league game at home all season and since playing us they've beaten Aldershot 4-0 at home.

In Adam Rooney and Rory Gaffney, Salford have two strikers who could easily be playing their football at a higher level. Rooney has scored 16 times in 21 matches this season including two hat-trick's away at Dover and Aldershot last weekend. Rory Gaffney has scored eight times in 21 games. Twenty-two year old Thomas Walker is just behind Gaffney with five goals from midfield so far this season.

Three from home games and four from away games. Salford's last clean sheet was at the weekend in their 4-0 home win against Aldershot.

It's been a while since Chris Neal played for us but in his last season with us (11/12) he helped us win promotion as part of Graham Turners team. Since then, he's played for Port Vale, helping them to promotion in his first season and although injuries limited his appearances for Vale, he ended up playing 138 games in all competitions before leaving for Fleetwood in July 2016. He spent a couple of years with the Trawler Men but appearances were limited because of the form of Alex Cairns and he left at the end of last season to Join Salford.

Shaun Whalley is still side lined with a calf injury.

Salford have played just once since we met at Montgomery Waters Meadow just over a week ago but it was a comprehensive win against Aldershot who are currently 15th in the National League. We parted company with our manager after we last played and have won the two games since then so confidence should be pretty high in both dressing rooms.

Town secure an away win to progress into the next round of the FA Cup.

The FA Cup first-round replay came to an end with Town on the right end of a 3-1 score line.

Fejiri Okenenabirhie and Greg Docherty were the pair on hand to give Town the win, which saw Danny Coyne’s men progress into the next round.

Danny Coyne named an unchanged team from the weekend to take on Salford City in the Emirates FA Cup first-round replay.

The game opened up with both teams looking to be positive from the first whistle.  The first 10 minutes saw both teams have chances in the opposition box but neither team capitalised.

In the 11th minute Town’s positive passing play earned Coyne’s men another chance. Fejiri Okenabirhie did well to find Ollie Norburn inside the opposition box, allowing the midfielder an effort at goal – but a good save saw the ball tipped around the post.

The best of the chances in the opening period were falling more Town’s way. A bursting run from Anthony Grant saw Okenabirhie in space to let off a shot. The forward let his shot go and a deflection nearly saw the ball loop into the net, but Chris Neal made a great reaction save to deny Town’s frontman.

Norburn was shown a yellow card in the 30th minute for a challenge on Danny Lloyd. The resulting free-kick didn’t cause Town any problems and went out for a goal kick.

Town broke the deadlock in the 33rd minute through Okenabirhie. Norburn floated in a cross, which Waterfall connected well with. The defender’s header bounced off the post and fell to Okenabirhie, which saw the forward fire home into the net – giving Town the one goal lead.

Josh Laurent came very close to doubling Town’s lead just before the half-time whistle. The midfielder let off a long-range effort, which rebounded off the post.

Town went into the break up on the score sheet after an impressive first-half. Town looked continually dangerous on the attack and created a plethora of chances, whilst still remaining solid at the back.

The second-half started just as the first-half ended. Town were the team in the ascendancy and were pushing forward up the pitch at any given chance. In the 53rd minute Omar Beckles attempted an overhead kick but saw the ball calmly collected by Ammies goalkeeper Chris Neal.

Carl Piergianni was given a yellow card in the 59th minute for a poor challenge on Okenabirhie.

Steve Arnold was called into action in 62nd minute, having to deal with a looping deflected shot from Tom Walker. The ball spun towards goal at pace but Town’s keeper did well to claim the ball and averted any danger.

Town finally capitalised on relentless pressure in the 63rd minute through Greg Docherty. Town’s number eight received a neat through ball from Josh Emmanuel and the midfielder lashed home the ball from a tight angle, giving Town a two-goal advantage.

The home side managed to pull a goal back in the 77th minute. Danny Whitehead floated in a cross from the right side and Adam Rooney jumped well to head the ball into the far side of the goal.

The Ammies were throwing everything they had at Town and the Shrews’ back line was subject to a barrage of long-balls. Waterfall was doing a good job in the air to clear the ball.

Town managed to end the tie in injury time with a late goal. Okenabirhie scored his second goal to put the result beyond doubt. Laurent took a shot in the box, which came off the keeper. Okenabirhie was in place to lash home the rebound into the bottom corner.

The game came to an end with Town 3-1 deserving victors.

The Emirates FA Cup first round replay away to Salford City has been confirmed for Wednesday 21st November with a 7:45pm kick-off.  The game is also live on BT Sport.

Supporters WILL be segregated for this game.

We will not be getting tickets for the game and it will be CASH sales for Town fans on the night at the Peninsula Stadium.

Shrewsbury Town supporters should enter the ground via Turnstile ‘A’ on Moor Lane, at the East end of the ground (closest to the church). The East Stand terrace had 1,200 covered places. There are 200 unreserved seats available for away supporters at the east end of the North Stand.

Admission Prices are as follows:
Standard Adult: £10
Concessions: £5 (Aged 60 and over or between 5 and 16, Students with dated Photo ID).
Under 5s are admitted free of charge when accompanied by an adult.

The approach to turnstile ‘A’ includes several steps – supporters with mobility issues may prefer to enter via the red stewarded gate, adjacent to our ‘B’ turnstile on Nevile Road. To arrange this please contact Andy Giblin (andy.giblin@safordcityfc.co.uk).

Supporters attending with carers should pay at the appropriate rate. A free carer ticket is available for disabled supporters on high rate DLA / Enhanced rate PIP.

There is restricted parking around the Peninsula Stadium but there are a number or transport and parking options on the Salford City website - https://salfordcityfc.co.uk/the-club/the-peninsula-stadium/ 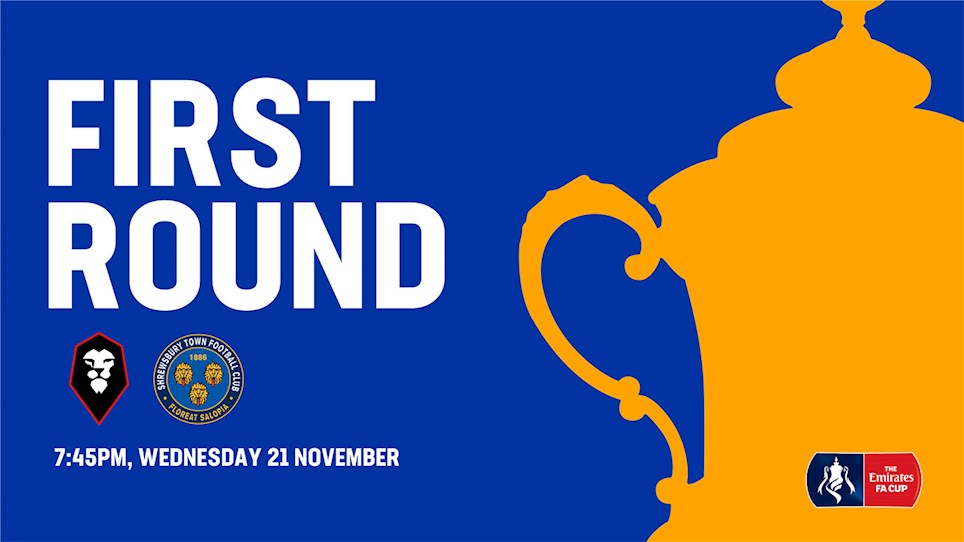