This weekend we take on Sunderland in League One in our fourteenth and their thirteenth game of the season. Obviously, a club the size of Sunderland is a big draw and it wont be a surprise if this is the highest league attendance for us this season. They currently sit in fifth place in League One after six wins, five draws and a defeat that was inflicted by Burton in a 2-1 home win in mid September at the Pirelli Stadium.

We last played The Black Cats in August 2016 when they beat us 1-0 at the Stadium of Light in the League Cup. You have to go back to when I was a teenager when we were in the Championship in 1989 to find our next game and we were beaten at Roker Park 2-1 on that occasion. We've played Sunderland nine times in total and our best result was a 1-1 away draw in 1986.

1 at home to Scunthorpe in mid August.

They've conceded 1.17 goals in away games this season with the average at 1.28.

Sunderland midfielder Lyndon Gooch is fit to return after three games on the sidelines.

John Askey has no new injury worries and Anthony Grant is likely to return after missing out last time.

The odds aren't good for a home win this weekend and history seems to be against us with Town never having beaten Sunderland before. But most of those games were 30 years ago and there is no reason why we shouldn't get something from the game. If we play as well as we know we can, we can make life difficult for anyone.

Town lose out 2-0 to Sunderland.

Shrewsbury Town had to take a defeat at the hands of Sunderland - after the visitors registered two goals against Town.

Tom Flanagan and Luke O’Nien were the two Black Cats players involved in the goals – giving their team all three points on the road.

John Askey made three changes to the starting line up to face Sunderland this afternoon. Introduced into the starting 11 were Greg Docherty, Lee Angol and Anthony Grant. Lenell John-Lewis, Fejiri Okenabirhie and Ollie Norburn all started on the bench.

The first 10 minutes of the half started with both teams looking to attack the defensive line at any given chance. Omar Beckles and Greg Docherty were doing well on the left side of the pitch. Beckles drew a tackle early on from Lee Cattermole and the midfielder was shown a yellow card as the challenge came in late.

Both teams were having positive spells in the game, but was the home side looking the more dangerous of the two. Shaun Whalley and Alex Gilliead were continuing to trouble the Black Cats defence, but neither could find a Town head in the box during the early stages.

Just past the 30 minute mark Cattermole had a chance to put his side in the lead. A quick counter-attacking move saw the midfielder latch onto a cross in the box, but a poor connection was made and the ball lashed over the bar.

Town’s right-winger nearly spectacularly put Town in the lead with just 10 minutes to go in the half. Whalley floated in a long-range free kick, but the ball slipped through all the Sunderland bodies, striking the upper post and rebounding out.

The two teams went into the half-time break level on the score sheet after a competitive half. Both sides will be looking to go one better in the next 45.

Town and the visitors came out from the break with attacking desire. Town were doing well to retain possession, but the Black Cats looked intent on getting an opportunity.

The deadlock was broke by the visitors in the 59th minute. The Black Cats floated a ball into the box towards Tom Flanagan and the defender appeared to just get in front of Beckles to poke home the ball – which gave the away side the lead.

Town didn’t let the goal dent their intensity. Askey’s men were still pushing hard for an equaliser, but the Black Cats defensive resolve was remaining strong and doing well to limit any real clear-cut chances.

Ollie Norburn was brought onto the field in the latter stages of the game and nearly made an instant impact. The central midfielder lofted a lovely pass to Aaron Amadi-Hollway, but the striker couldn’t generate enough power to trouble Jon McLaughlin.

Sunderland doubled their lead with just seven minutes to go through second-half substitute Luke O’Nien. The midfielder received a nice pass into the box and calmly slotted the ball low into the net.

The game ended with Sunderland two up on the score sheet. After a competitive game – it was the visitors who had the finishing edge and took home all three points.

Tickets are now on sale for our home game with Sunderland. 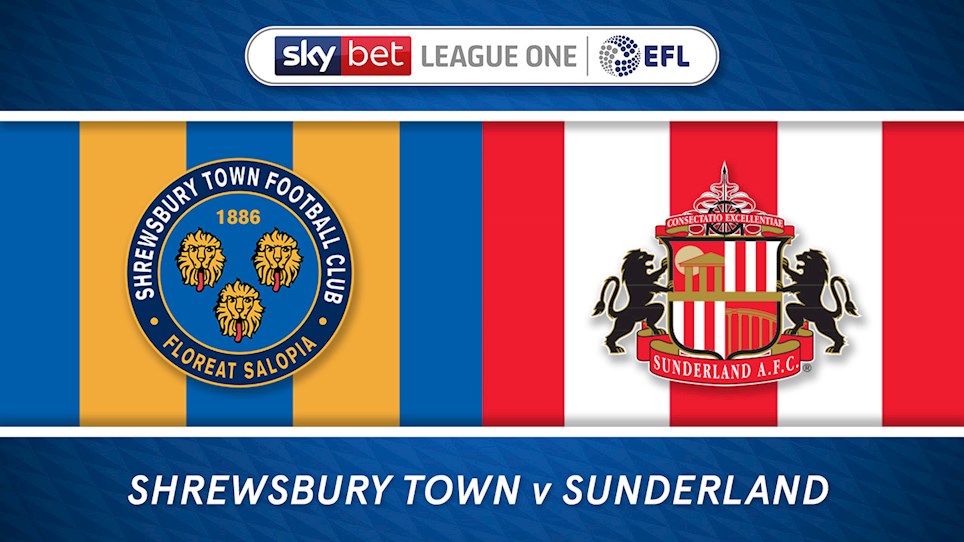