With last weekend's defeat at Luton a distant memory, Shrewsbury Towns next League one match is  against Bristol Rovers at the Montgomery Waters Meadow on Saturday afternoon.  Rovers are in a similar position to us with three points having lost every game in League One apart from a 2-1 away win at Wycombe in mid August.

We Meet again...
This weekend's game marks the return of two influential players from last season, Alex Rodman and Stefan Payne. Both left the club in the last couple of months after a great season and I for one was sad to see them move on. Since arriving at Rovers, both have been in first team action, with Payne inevitably scoring on his debut. Obviously we wish them both well at their new clubs but hopefully they'll be going home empty handed this weekend!

Stats
There has certainly been a pattern to the Pirates results so far this season with every one of their first five games finishing with a 2-1 scoreline. In their last couple of games they've lost 1-0 to Southend and 3-1 to Q.P.R, breaking one pattern but continuing the habit of conceding in every game so far this season. Looking at the timing of Rovers' goals, they have conceded most heavily in the last fifteen minutes of the first half and the last fifteen minutes of the second half with two and three respectively. However, when you focus on their away games, that pattern disappears as their three away goals were conceded at different times.

Team News
Town have no new injury woes, just Abo Eisa who has a knee injury from last week.
Rovers have drafted in left-back Joe Martin on loan from Stevenage and goalkeeper Jack Bonham from Brentford and are available.

Summary
The difficult games just keep coming and this weekend is no different, Rovers need to start gathering points and so do we so it should be an exiting one.  We also have returning players Stefan Payne and Alex Rodman who will be busting a gut to get a result. As I mentioned earlier, Rovers have yet to finish a game with a clean sheet whilst we have two, so defensively we may have a bit of an edge. Going forward we have another positive, Lee Angol who has the chance to make it three goal in as many games having scored against Luton and Manchester City. We really need a result this weekend, it will take the pressure off the players and management. In our favour is the fact that rovers haven't scored in their last six visits to Shrewsbury, meaning they have yet to score at the Montgomery Waters Meadow.

Shrewsbury Town earned a well-deserved point against a determined Bristol Rovers side.

Town did well to earn a point, despite going a goal down in the second half. Stefan Payne notched home a penalty for the Pirates, which was cancelled out by an own goal from Daniel Leadbitter.

Askey makes three changes to his starting 11 to face Bristol Rovers. Ryan Sears, Omar Beckles and Ollie Norburn are all introduced into the starting line-up. Greg Docherty and Ryan Haynes are returned to the bench and James Bolton is left out of the squad due to injury.

The first 10 minutes of the game was a positive period for Town, as Lee Angol and Alex Gilliead were proving to be a constant threat to the Pirates back four. Town were the dominant team, wielding most of the possession but couldn’t create a clear chance in the opening minutes.

Frustration was starting to grow for the Pirates after sustained pressure from Town’s attacking contingent. Joe Martin was given a yellow card by referee Antony Coggins for pulling down Ollie Norburn, as the midfielder looked to break on the counter-attack.

Rovers were finding clear-cut chances hard to come by in the first half an hour. The Pirates number eight, Ollie Clarke, resorted to a long-range effort, but saw his shot balloon over the bar.

Norburn decided to have his own long-range effort in the 35th minute. The midfielder drove towards the 25-yard line and let off a powerful driven shot towards goal.  The Rovers keeper was equal to the shot and made a good parrying save.

Tony Craig was given a yellow card shortly after for pulling back Ryan Sears just out side of the box.

A late, late challenge on Norburn by Tom Nichols was also enough to see the Pirates number 10 go into the referees book, as the attacking-midfielder was given a yellow card. Anthony Grant was also booked for his reaction to the foul.

Omar Beckles came close to giving the Shrews the lead heading into the half-time break. A lovely ball delivered in from a free kick founds its way to the defender. Beckles directed his header towards goal, but the keeper did well to claim the ball.

On the stroke of half-time Clarke was the fourth Bristol Rovers player to be given a yellow card. Clarke tripped up Grant in the middle of the park.

Both teams went into the break equal on the score sheet. A dominant performance from Town would have pleased John Askey, but his side were unable to capitalise and take the lead.

It was only four minutes into the second-half until Angol managed to register a shot on goal. Town came out from the break looking to continually pile pressure on the Rovers defensive line. Angol managed to squeeze in-between Lockyer and Craig and let off a shot just inside the box, but the keeper stood firm and claimed the ball well.

Rovers were given a penalty in the 52nd minute after Luke Waterfall brought down Clarke inside the box. Town’s former striker, Stefan Payne, took the penalty and managed to squeeze the ball in, despite Coleman getting a hand to the ball.

Whalley was proving to be a big problem for the Pirates number 29 on the right wing. Whalley did well to get the ball past his man and Martin was late to the challenge, fouling the Town winger in the process. He was given his second yellow card of the game and was sent off by the referee.

Town finally got the deserved equaliser after some great attacking play by Town’s right-winger. Whalley drove ferociously into the box and delivered in a hard driven cross, which was turned into the net for an own goal by Leadbitter in the 71st minute.

Whalley was booked in the 76th minute for kicking the ball away after the ref had stopped play.

Town were getting the better of the chances against the Pirates 10 men, but Askey’s men were struggling to find a winner against the Rovers determined defence.

The game came to an end with both teams earning a draw and taking a point. Askey’s men worked tirelessly until the last minute but couldn’t find the goal that would give his side all three points.

Tickets are now on sale for our home game with Bristol Rovers. 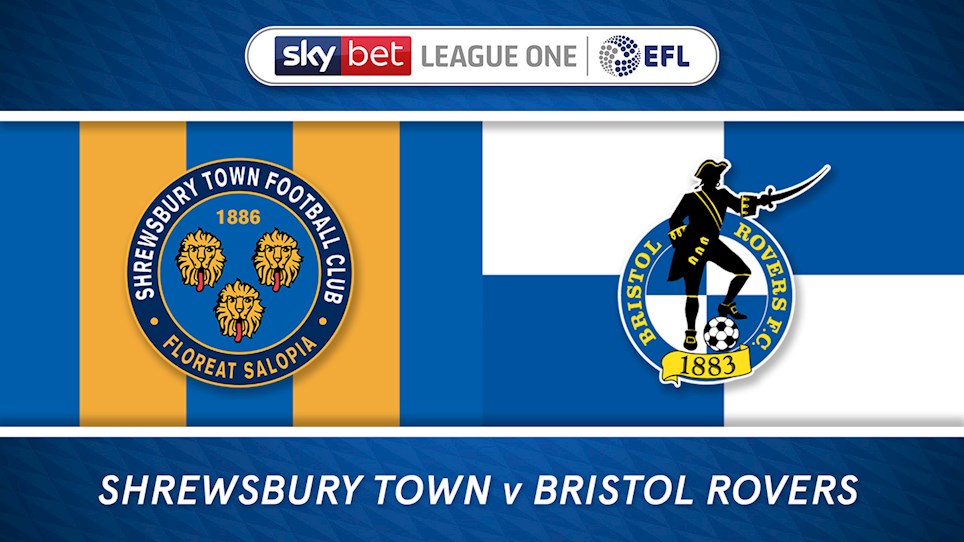