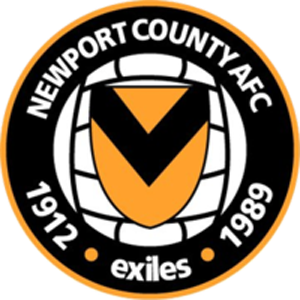 Last season, Michael Flynn's team won their way through to the League 2 play-off finals, only to have their hopes dashed at the very last minute (119 to be exact). We know that particular pain all too well, hopefully, as we did, County will push on for a less traumatic route to League One. On the playing side, Newport have a familiar face or two with Mickey Demitriou and Ryan Haynes both on the Welsh club's roster. Some may also remember Joss Labadie who was on loan at Montgomery Waters Meadow in 2009, scoring five times in 11 league starts. However, manager Paul Simpson sent him back to West Brom and we never saw him in amber and blue again.

County have obviously brought in other players in as well as Ryan Haynes with fellow defenders Dan Leadbitter coming in from Bristol Rovers and George Nurse coming in on loan from Bristol City. There is also Kyle Howkins from West Brom, Lazar Stojsavljevic from Millwall and Marvel Ekpiteta from Hungerford. They've also added Ebbsfleet striker Corey Whitely who's become a bit of a goal machine in the National League.

The Exiles have already played a couple of pre-season games with a Newport XI visiting Moreton-In-Marsh who they beat 1-0 away with a goal from Ryan Hillier. More recently the Newport youth team played Undy AFC who they beat 4-2.

Last seasons top scorer for Newport was Jamille Matt who joined last June from Grimsby Town. Matt bagged himself 14 league goals last season and another six in the cup competitions. He's been pretty prolific at each club he's been with.

This is likely to be an interesting game against a team who have made some good additions and will be looking forward to testing themselves against a team from a division above. County have been using the occasional triallist so we may see them do the same although I'm not sure Sam Ricketts will be following suit. It will be the first chance for Town fans to see some of our new players as they prepare for the coming season

The game kicked off in front of good numbers in the crowd and the early exchanges saw both sides trying to get to grips with each other.

Town looked bright early on with Giles finding lots of room down the left to get into good positions and deliver some decent crosses. Barnett and Rowland were combining well on the other side and Vincelot was putting in a strong performance in the centre with some tough tackles.

Town were creating some good openings and Okenabirhie had a good early chance on, which he put wide. Giles was creating well down the left and decent deliveries created a couple of good openings for Morison.

Newport were creating good openings themselves but the Town defence was looking strong, and had the pace to deal with the visitor's attacks.

The game was the normal pre-season affair with both sides having good periods of possession and chances in the opposition box.

Town had a good chance of 40 minutes when Barnett found the space to get in behind the defence, he put a good ball across that found Morison in space but he put his shot across goal and wide.

Town nearly handed Newport a great chance after the ball came back O’Leary, he was under pressure from the Amond and didn’t hold onto the ball, it dropped free but Beckles was covering and got there in time to clear up and clear the danger.

The half ended with a decent opening for Town after good build-up from Barnett saw him play the ball to Rowland, he turned his marker and drove into the box, he looked to cut the ball back but a Newport defender got an important block in.

The Second half got underway with changes for Town, Ro-Shaun Williams, Donald Love, Daniel Odoh, Luke Waterfall and Shaun Whalley on for Giles, Pierre, Eubanks-Landell, Morison and Okenabirhie

It was Newport who took the lead on 57 minutes, they found the space down the left with Amond who delivered a low cross into the box and there was Jamie Mat to put the ball home from close range

Minutes later Town were awarded a free-kick after a foul on the edge of the Newport box, Whalley stepped up and tried to curl it in but the Newport wall stood firm.

Chances were falling for Town and after good work from Barnett, he found space in behind the defence and delivered a good ball, it dropped to Udoh but he couldn’t connect, then Love tried his luck but a Newport foot got in first to clear.

There was another decent chance for Town after more good work on the edge of the box from Barnett, he showed good strength before putting the ball into space for Whalley, he connected but put his shot wide under pressure from the defender.

The majority of the attacking play was coming from Town and after some neat passing in and around the box the ball ended up with Taylor on the edge of the box, he looked to curl a shot into the top corner but it took a deflection and went out for a corner.

A Town corner was put into the Newport box, it was cleared to the edge of the box and there is Walker with a great volley but it was straight at King who gratefully collected.

Midway through the half Town made more changes with Cameron Gregory on for Max O’Leary, and Romaine Vincelot and James Rowland were replaced by Kian Taylor and Abo Eisa.

Newport had a good opening after Luke Waterfall gave away free-kick on the edge of the box, the ball was curled in across the face of the goal but Cam Gregory was equal to it and pulled off a good save to push the ball away.

With just over 5 minutes remaining Town had a great chance after Abo Eisa latched onto a clearance and was in behind the County defence, he drove towards goal and elected to shoot, Whalley was in space to his left, but his shot was over the bar.

Ticket details for the pre-season game with Newport County

Tickets will be on sale for our pre-season friendly game at Ludlow Football Stadium to Newport County at on Wednesday 17th July with 7 pm kick-off. Please note that this fixture will be all-ticket.

The capacity at Ludlow Football Stadium is 2,000 so supporters are advised to buy in advance to avoid disappointment.

There are around 500 tickets left for Town fans and ticket sales from the ticket office stop at 12 noon on the 17th.

CASH Sales will be available on the evening of the game on the turnstile, collections will be from the turnstiles as well, follow the signs at the stadium.

Season Tickets will not be valid for the game and a ticket will need to be purchased.

Prices for the game are as follows:-

Newport County supporters should contact their club for details on how to get tickets.

Additional Information:
Parking will be available at Ludlow Football Stadium on a first come first served basis at a cost of £2 per car, payable on entry.
The Fanzone will be open to home fans only from 5.30pm until Kick off at 7.00pm which will include bars and food outlets. Alcoholic Drinks will not be permitted pitchside before or during the game. The Fanzone will also serve during the Half Time break.
If you are travelling by train Ludlow Station is around a 20-25 minute walk to the stadium.  Trains back to Shrewsbury after the game are scheduled at 21:05, 21:46, 22:49 and 23:34.