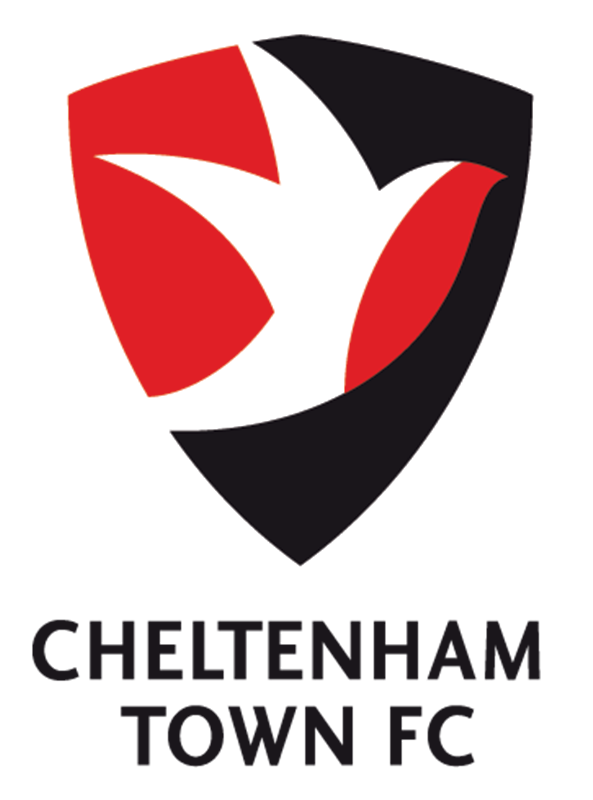 Duff was appointed in September and the Robins have won 16 and lost 16 of his 46 games in charge with 14 ending in draws.

Duff has made a few additions to last seasons squad with their most recent acquisition being
defender Dan Bowry on a 1 year deal from Charlton. Ex-Brighton midfielder Rohan Ince arrived at the start of July and 22-year-old striker Tahavon Campbell came in from Forest Green Rovers in mid-June. They've also signed Reuben Reid from Forest Green after he scored 13 goals from 40 league games last season.

We've played Cheltenham 21 times with Shrewsbury winning 11 and Cheltenham winning 5 times. We first played each other in the 1999/2000 season when we beat them 1-0 at Whaddon road and they beat us 2-0 at Gay Meadow. The following season they beat us 4-1 in the F.A. Cup which is the most that either team have scored against the other.

I'm still chanting the “results are unimportant in pre-season” mantra, the focus will be mainly on fitness and tactics which is as it should be. It would be nice to see us score though, we've not managed that since the pre-season training camp although we've come very close as new players develop an understanding with each other. I was quietly impressed by the way we've done things, the approach seems professional with everyone putting 100% in.

Hopefully, this will continue as pre-season draws to a close and we'll be in the perfect position to give Portsmouth a hard game on August 3rd.

Town made the trip South to take on Sky Bet League Two side Cheltenham Town in the second to last pre-season game. With Town playing Aston Villa on the previous Sunday it meant a lot of that squad wasn't involved due to the short recovery time between games.

This meant a chance for the players who hadn't been involved and it gave a chance for Dave Edwards and Scott Golbourne to get some game minutes under their belts after recovering from injury. It also gave a chance for some of the younger players to be involved with Academy players Tom Davies (Defender) and Will Lloyd (Central Midfielder) added to the squad.

The opening exchanges didn't see much in the way of clear sites on goal for either side. The play was more about possession and moving the ball around to try and find a way through both sides formations.

Town were lining up with the normal 3-5-2 set-up, Tom Davies joined Luke Waterfall and Omar Beckles at the back, Ryan Barnett was on the right of midfield with Scott Golbourne on the left, while Daniel Udoh was joined by Shaun Whalley upfront.

Town's first good opening on the Cheltenham goal came on 16 minutes when a ball down the left was flicked on by Dan Udoh for Abo Eisa to chase, he got to it and nicked it round the last defender but it had a little too much on it and Lovett was out quickly to collect.

Cheltenham created a good opening after a quick counter-attack saw the ball played to Alex Addai just outside the Town box, he took a touch and then curled in a decent effort but Cam Gregory was down quickly to save.

Town were starting to create some good openings themselves, a good run from Whalley found him in the box, he looked to nick the ball in for Edwards but the Cheltenham defence managed to get the block in. Town were building from the back and Waterfall played a lovely ball cross-field to find Golbourne, he took the ball down nicely and then played across the edge of the penalty box to set up Edwards, he tried to curl it in but his shot ended up going wide.

Town got their noses in front on 23 minutes when a quick build-up down left saw the ball with Eisa, he then played is Whalley who curled a lovely effort past Lovett which hit the underside of the bar and went in.

Town were having a decent period of pressure ahead of the half-hour mark and won a string of corners. Golbourne showed great deliveries from first the left and then the right, the first saw a glancing Edwards header go behind for a corner, then the next another good delivery saw Beckles in a good position but couldn't connect cleanly.

Abo Eisa had a great effort on 40 minutes, it came as Town played the ball around quickly and broke down the left with Eisa and Golbourne, it was Eisa who picked up the ball, he drove forward then cut inside before curling in a lovely effort that beat Lovett but the bar was there to deny Town a second goal.

Cheltenham got the scoreline back to level terms just before the half-time break, a corner came in from the left-hand side that Town failed to clear, it dropped to Campbell who found the space to drive a low shot past Gregory at close range.

Town started the second half with one change, Kian Taylor coming on to replace Dave Edwards who had got a good 45 minutes under his belt as he continued his recovery from injury.

Cheltenham had the best chance of the opening exchanges of the half, the ball was moved quickly down the Town left, a good cross was put over to the back post to find Campbell, he got his header in on goal under pressure but Gregory had switched his position well and was there with a comfortable save.

Cheltenham got a second goal on 60 minutes from the penalty spot, it came after Campbell got in behind the Town defence and was in on goal, he went down under pressure from Waterfall and ref Busby had no hesitation in pointing to the spot. It was Campbell who placed the ball, he drove a good kick to Gregory's right and although the Town keeper had gone the right way the kick had too much on it for him to have a chance of the save.

Minutes later Town had a good chance to level things, it started after Eisa showed good determination and strength to keep possession under pressure and then drive for goal, he skipped a couple of challenges before being sent tumbling on the edge of the box. It was Eisa who placed the ball for the free-kick, he hit a lovely effort that flashed across the face of goal but went just wide.

Town were still pressing looking to get on level terms and after Rowland was fouled it gave Town a free-kick 30 yards from goal. Whalley placed the ball and tried to float the ball in to set-up a header but it was a Cheltenham head that cleared, it dropped back to Whalley who hit a lovely first-time effort back in but Lovett's position was good and he collected the ball.

Town did get back on level terms on 78 minutes, Town hit with another counter-attack after Udoh played the ball to Eisa, he drove forward and cut inside before hitting a lovely effort back across goal and into the far corner to make it 2-2.

Town continued to create chances and after Barnett had the ball deep on the right, he played to Whalley, he burst through the defence and drove the ball across the face of the Cheltenham goal, it found Golbourne who hit a decent looking shot back on goal but it was just over the target.

Sam Ricketts made a change with 5 minutes to go bringing on Fumpa Mwandwe to replace Dan Udoh. Then with two minutes remaining he took off James Rowland to give Will Lloyd his first run out for the first team.  It meant that all of the players got a runout, with eight of the fifteen having come through the Town youth academy.

Town created a good opening on the stroke of full-time, good pressing saw the ball with Mwandwe on the left, he drove forward and then played in Eisa, he took a touch before firing in a shot that zipped just over the bar.

Ticket details for the pre-season game away to Cheltenham Town

Our pre-season trip to Cheltenham Town will be a pay on the day game, no tickets will be available for the game.

Prices for the game are as follows:-

Away supporters are located in the Hazlewoods Stand, at the Whaddon Road end of the Jonny-Rocks Stadium.

On the day sales will be cash ONLY on the turnstiles.  While Cheltenham are able to offer card payments at the Ticket Office, there is usually a large queue, so taking cash is highly recommended.

For more details or any questions phone the ticket office on 01743 273943, email tickets@shrewsburytown.co.uk or on Twitter @STFC_Tickets.


Ticket details for the pre-season game away to Cheltenham Town