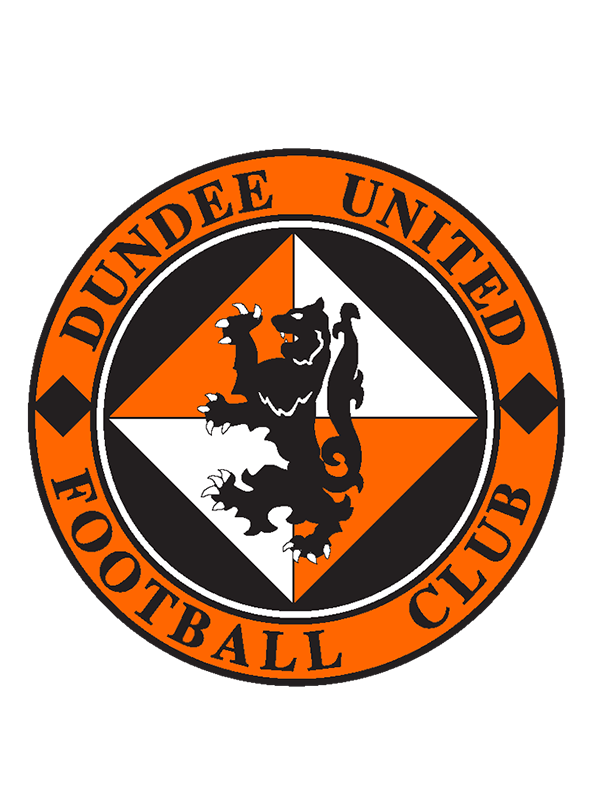 This weekend we welcome Dundee United to Montgomery Waters Meadow with the start of the football season just a week away. It may seem a little odd for a team like Dundee to have a friendly game when they've already started the Scottish League cup. However, with a free weekend in the competition, manager Robbie Nelson is using the opportunity to increase squad fitness ahead of the upcoming League campaign.

Things haven't quite gone to plan for Nelson in the group phase of the league cup after a good start. A draw at Heart of Midlothian was followed by wins at Stenhousemuir and at home to Cowdenbeath but last Tuesday saw them beaten 2-0 at home to Scottish League One team East Fife.

The Terrors had a pretty good 18/19 season, improving on the 17/18 seasons position of third with a second place and four more points. In the play-offs, United dispatched Inverness 4-0 over 2 legs but lost on penalties to St Mirren after a 1-1 aggregate score.

During the closed season, Robbie Nelson has added 23-year-old defender old Liam Smith from Dundee, Striker Lawrence Shankland from Ayr and Swansea midfielder Adam King. Ex-Aberdeen defender Mark Reynolds also signed after spending time with United last season. The most interesting of the new arrivals is certainly Shankland who scored 34 goals from 41 appearances last season including four in a 5-0 away game against Dundee United.

After a few days of serious heat, the Met Office is predicting gentle winds and light rain.

With Manager Nelson vowing to stick to his plan to sharpen the fitness of squad players, I'm not really sure what to expect. They're obviously a good team that isn't too far away from the Scottish Premier League so it should have its challenges and will act as a decent final sharpener for next weekend’s big kick-off.

Town welcome Dundee United to the Montgomery Waters Meadow for our final pre-season game before the start of the Sky Bet League One season next week.

Sam Ricketts named a strong looking side as he got the final look at his new-look team in match action. From the starting eleven Ro-Shaun Williams, Dave Edwards, Romain Vincelot and Fejiri Okenabirhie played for Town last season.

It was the visitors who got their names on the score sheet first with a calmly taken penalty, it came after Appere latched onto a ball in behind the Town defence and drove into the box, O'Leary came out and dived for the ball but Appere went down under the challenge, with ref Wright pointing to the spot. It was Louis Appere who placed the ball and although O'Leary dived the right way the ball had enough on it to beat the Town keeper.

The visitor's lead didn't last more than two minutes and Town were level, also from the penalty spot. A good build-up was ended after Okenabirhie went to ground under the challenge, ref Wright was on the spot and had no hesitation pointing to the spot. It was Fey who placed the ball and he made no mistake from the penalty spot driving the ball past Mehmet to make it 1-1.

It was quite an open game with chances for both sides and on 12 minutes United had a great effort of goal, it came from a great long-range effort from Chalmers that beat the dive of O'Leary but the crossbar was there to deny the visitors, the ball came back out but Vincelot was there to turn the ball back to O'Leary.

Town had a good chance on 15 minutes when a lovely diagonal ball from Pierre found the head of Morison, he played it into the box for Edwards who flicked it into the centre for McCormick, the ball took a while to come down but Luke controlled it well before dancing past two challenges and hitting a lot shot it, but it was blocked.

United were awarded a free-kick right on the edge of the Town box after a challenge from Ebanks-Landell was seen as a foul, the free-kick was taken shot to Scott Banks who drove in a low powerful drive but O'Leary was down quickly to smother the ball.

It was still an open game as the half wore on with both sides getting periods of good possession and moving the ball around nicely. There were chances at both ends but McCormick created a good one on 38 minutes, he collected the ball out on the left and drove towards goal, he found the space to hit a lovely shot across goal but Mehmet was down smartly to tip the ball around the post.

Dave Edwards was having a decent half and it was good to see him back in a Town shirt. He was always available and looking to get forward but he was also putting a stint in defending when United got forward. A neat United attack saw the ball cut back on the edge of the box, the shot came in but Edwards had anticipated well and slide in with an important block.

The second half started with no changes for Town, which meant more minutes for Dave Edwards as he steps up the game time since recovering from injury.

Town won a free-kick deep in the United half, McCormick was over the ball and he looped a high ball to the back post, Pierre and Ebanks-Landell were up and the ball dropped opt Morison, he hit a first time shot but it was cleared wide but only as far as Love, he hit an inviting cross back in which found Morison, he hit a low shot in but Mehmet was down quickly to save.

Town had upped the tempo and were pressing the visitors every time they had the ball. This meant there were chances when Town got the ball, they were moving it quickly across the pitch prodding and probing the United defence. This meant spaces were appearing and when Pierre picked up the ball he drove forward, he rode a couple of challenges before finding himself in space on the edge of the box, he looked to play in Okenabirhie but the ball just had too much on it.

Luke McCormick was on set pieces and his deliveries had been good all game. Town were awarded a free kick on the left of the united box, Luke placed the ball and whipped a great ball to the back post that Pierre rose to connect with his head but it was just over the bar.

On the half-hour mark, Dundee United made their first changes of the afternoon, with seven changes to the side that had started the game with L Smith, Connolly, Reynolds, Clark, Shankland, Sporle, Stanton and McMullan coming on.

Sam Ricketts made his first changes of the afternoon on 70 minutes bringing on Omar Beckles to replace Aaron Pierre, and Brad Walker on to replace Romain Vincelot.

Town created a lovely second goal with some great football, the ball was on the left with McCormick, he curled a great ball to the back post which Morison took down, beat his marker and drove a ball across goal that Okenabirhie put away with a lovely diving header to make it 2-1 to Town.

Sam Ricketts made his next change on 75 minutes brining on Shaun Whalley to replace Fejiri Okenabirhie whose two goals had topped a good performance.

United had a good chance to level the score on the stroke of full-time, the ball came in from the Town right and there was Nicky Clark in space, he got his header in from close range but O'Leary was in the right place to pull off an important block.

Ticket details for our last pre-season friendly against Dundee United.

Tickets are now on sale for our final match of pre-season at home to Scottish Championship side Dundee United.

Note for this game the Assist Stand is not open for the game.

Prices for the game are as follows:

Dundee United supporters should contact their club for details on how to get tickets. 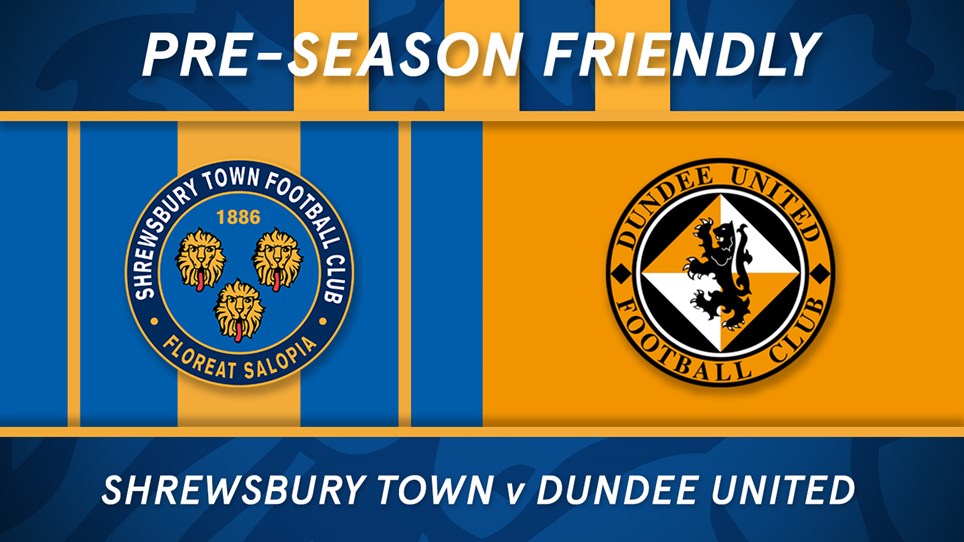 
Ticket details for our last pre-season friendly against Dundee United.