Marcus Braddock looks ahead to the weekend visit of Oxford United.

After wins on consecutive Saturdays, can Shrewsbury Town make it three Saturday wins in a row against a strong Oxford United team? The U's currently occupy seventh position in Sky Bet League One and are on a run of four wins in a row. Three from home games (Wimbledon, Accrington and Southend) and one away at Ipswich Town. It's not their first winning sequence of results, earlier in the season they strung 18 unbeaten games together which has pushed them toward the top of the table. They've also shown a willingness to score more goals than are strictly necessary and have netted three goals or more nine times in League One - more than a quarter of their games this season so far.

Of the 41 league games between us, Town have won 18 times to Oxford's 12 but the U's have won three times in cup games which takes their wins up to 15. Last season, Oxford won 3-2 at the Montgomery Waters Meadow after a hat-trick from Gavin Whyte, who now plays for Cardiff City.

Oxford have kept clean sheets in 24% of their away games and 45% of all their games in League One.

They've scored an average of 1.5 goals per away game and concede an average of just 1.3  per game, both of which are better than the league average

Although they've scored a hatful of goals, their most common away result is 1-1 which has happened three times this season.

Centre-Back Elliott Moore may or may not play depending upon when his partner goes into labour, congratulations in advance! Oxford have no new injury concerns.

This is going to be another tough one but particularly so with United looking like promotion candidates. They score rucks of goals and are in great form which is an obvious worry for us. However, we've always shown a tendency to play better against the better teams, maybe that's the way things work everywhere but I'm hoping it holds true this weekend and we can get something out of the game.

In a game against an inform Oxford United, Town would have been expected to be on the back foot and defending strongly in the opening minutes. However, it was Town who came closest to taking the lead within the opening 10 minutes. Jason Cummings cut inside onto his strong foot just inside the box but Simon Eastwood made a good close-range save to deny Salop the early lead.

With just the second real chance of the game, Sam Ricketts’ men made the away side pay. Cummings played a great lofted ball through towards Daniel Udoh and under pressure the striker managed to poke the ball into the net for the opener in the 12th minute.

Town were going through a purple patch and nearly doubled the lead just four minutes later. Callum Lang and Josh Laurent linked up well for a one-two which saw Town’s number 28 through on goal. However, Eastwood converted on the ball well to make the save.

Things got better for Town with just over 10 minutes to go in the first-half. Callum Lang managed dribble into the box and found the back of the net with a driven effort into the corner of the net to double the Salop lead.

In what seemed a 50-50 challenge, Sebastian Stockbridge deemed Josh Vela’s challenge worthy of a second yellow card and the midfielder was sent off in the 35th minute.

With the last meaningful action of the half, during injury time, the away side managed to half their deficit. Marcus Browne managed to poke the ball past Max O’Leary from close range.

The away side came out from the half-time break determined to notch a goal against 10-men Town. Dan Agyei managed to find that goal with just under an hour on the clock. The substitute managed to fire an effort into the top corner of O’Leary’s net.

Ethan Ebanks-Landell was shown a yellow card in the 63rd minute for a foul just outside Town’s box.

Cameron Branagan was also booked shortly after for a foul in the middle of the park.

Scott Golbourne and Laurent were combining well on the left side of the pitch as Town looked to find the go-ahead goal. Despite being down to 10-men, Town continually looked dangerous on the break.

Unfortunately for Town, the away side managed to take the lead with just three minutes on the clock. Josh Ruffels jumped well to head home from close range.

The draw of the Postcode Ticket Giveaway has taken place and the winning postcode is SY13 2BP.

Close to 500 tickets were given away last season with people getting the chance to take in a Town home game for free.
If you are in SY8 2PS then keep an eye on your letterbox for your free ticket vouchers. 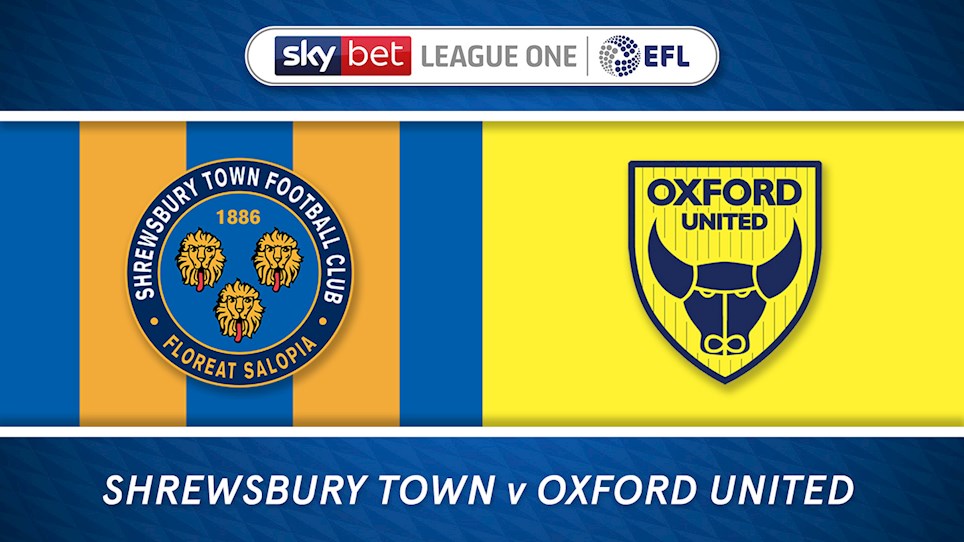