Fighting for promotion, Blackpool have enjoyed a strong season under former Liverpool Football Club Academy Manager Neil Critchley as his team currently occupies the fifth position in the Sky Bet League One table - two points above Charlton Athletic in sixth.

With Jerry Yates leading the line and enjoying a stellar season in front of goal, the Seasiders have provided to be a force to be reckoned with come match-day - only losing one league fixture in their last five outings.  With a plus 17 goal difference, Blackpool are looking to fire themselves into the Play-offs with their remaining five league fixtures.

However, on the other side of the white line, Salop will be looking to find a return to winning ways after losing out in the last three fixtures. With Town currently sitting on 50 points, Steve Cotterill's men will be looking to bring all three points back to Shropshire from Bloomfield Road.

Nickname: The Seasiders, The 'Pool, The Tangerines

Read Aaron Wilbraham's thoughts ahead of the trip to Bloomfield Road...

Critchley's first senior coaching role came in 2013 when the former youth coach took charge of Liverpool's under-18 set-up. Five years later, a promotion came when the 'UEFA Elite' coach took charge of the under-23's. Now an EFL manager, Critchley is looking to earn a trophy in his first senior season with his team battling to stay in the top six.

Initially making the move to Bloomfield Road on a short-term deal from Preston North End, the shot-stopper impressed in between the posts to earn a contract extension in June 2020, keeping him at the club until the summer of 2022.

Formerly of Wrexham, the 30-year-old made his name during a loan spell with Connah's Quay Nomads before making the move to the EFL to join Fleetwood Town. Following the move, the goalkeeper was loaned back to Wrexham before venturing out on another loan spell with Cambridge United. A move to Preston came before spending two more loan spells with Charlton Athletic and Hibernian before finding a permanent home with Blackpool. The shot-stopper is also a former Wales under-17,19,21 and 23 international.

Making 39 appearances this season, Maxwell has been the undisputed number one in between the sticks this season for Neil Critchley's team. The goalkeeper has also contributed to 18 league clean sheets, and four in cup competition. 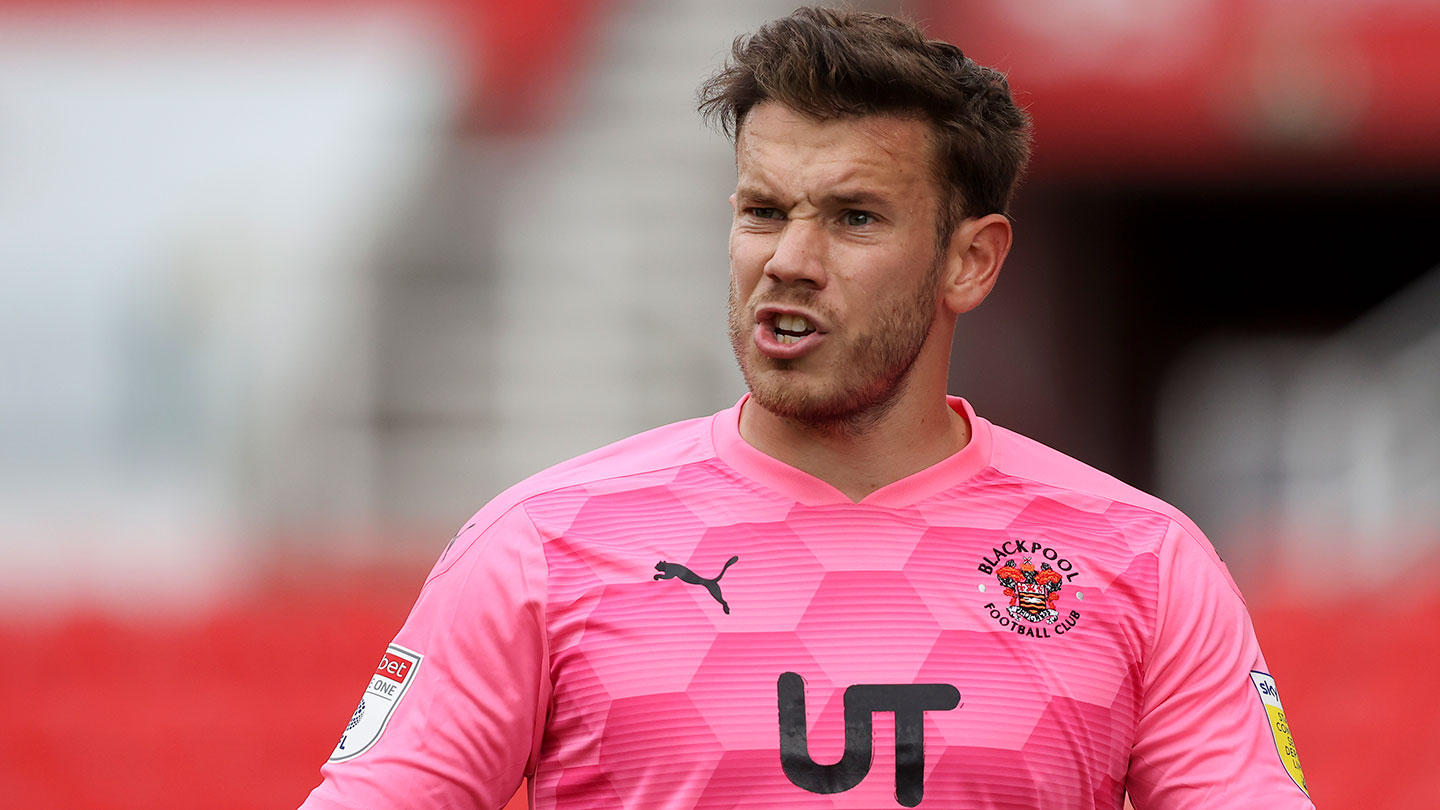 A graduate of the Everton Academy, the defender joined Blackpool on a 12-month deal in September 2020 from the Toffees  - marking the end of an 11-year stay in Liverpool.

This season has seen the former England youth international contribute to 13 clean sheets in 27 appearances in all competitions. In Sky Bet League One, Garbutt has also notched three goals of his own from the back line.

Blackpool's midfield enforcer, Dougall joined the Seasiders on a two-year deal in October 2020 from Sky Bet Championship outfit Barnsley after spending two seasons with the Tykes.

The Australian's footballing journey began with Queensland Academy of Sport and Brisbane Roar in 2009 before joining Brisbane City. After one season with Brisbane, the midfielder made the move to Eerste Divisie outfit Sportclub Telstar - a team in the second tier of the Netherlands' football pyramid. After two years in the European mainland, Dougall made the move to Barnsley.

This season, the Australian under-23 international has racked up six yellow cards in 29 fixtures and has contributed one goal for his team in 2669 minutes of football. 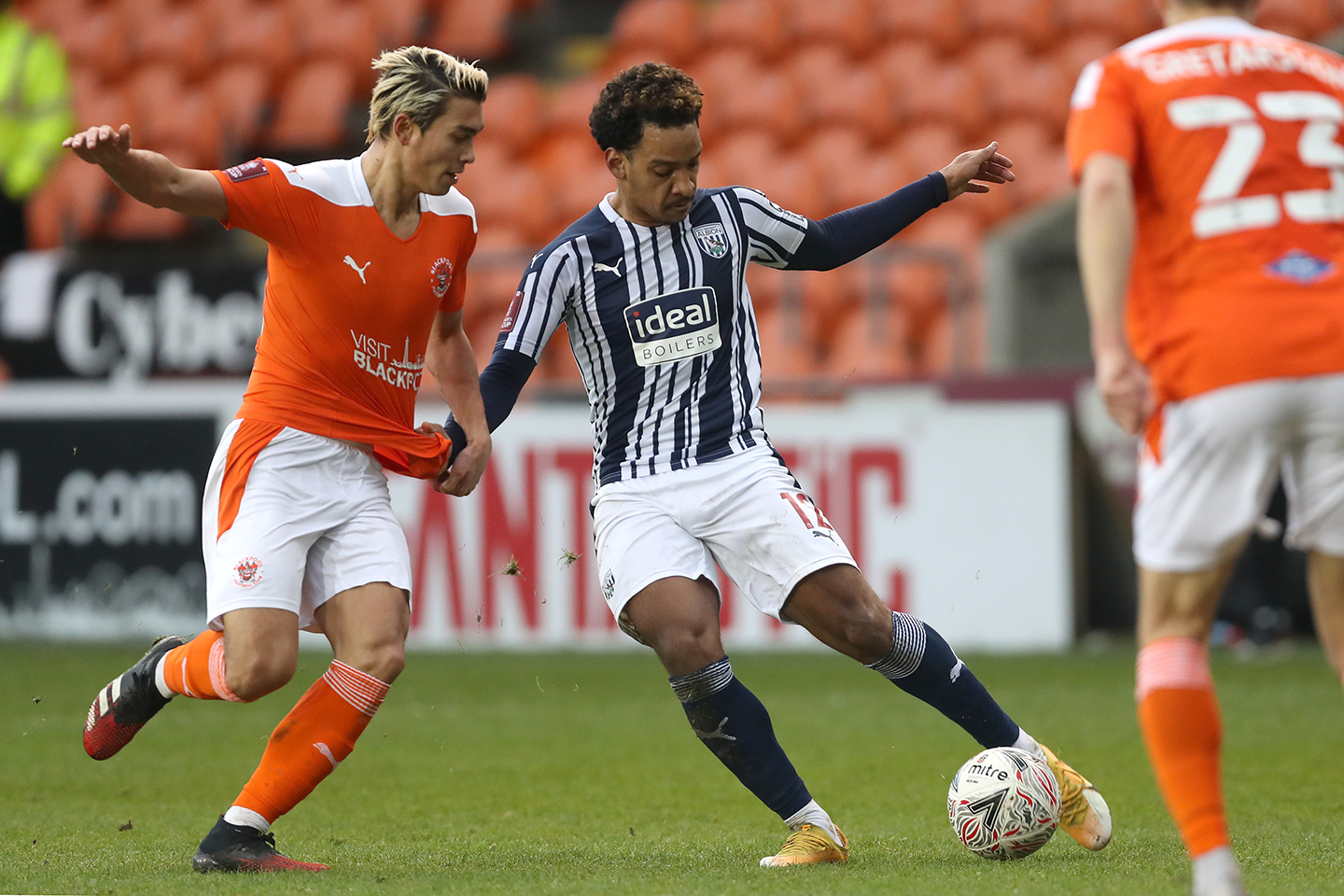 Jerry Yates signed for Blackpool on a two-year deal from Rotherham United in the summer of 2020.

A Millers Academy graduate, Yates made his first senior strides in football during loan spells with Harrogate Railway Athletic, Harrogate Town, and Carlisle United. After a successful three seasons in non-league and Sky Bet League Two, the forward attracted interest from Swindon Town. Following the move, the forward enjoyed a hugely successful spell with the Robins during their 2019/20 campaign, scoring 20+ goals to help the club on their way to the League Two title.

So far this season, the Blackpool number nine has enjoyed an impressive return in front of goal having notched 18 goals for his team in league competition. 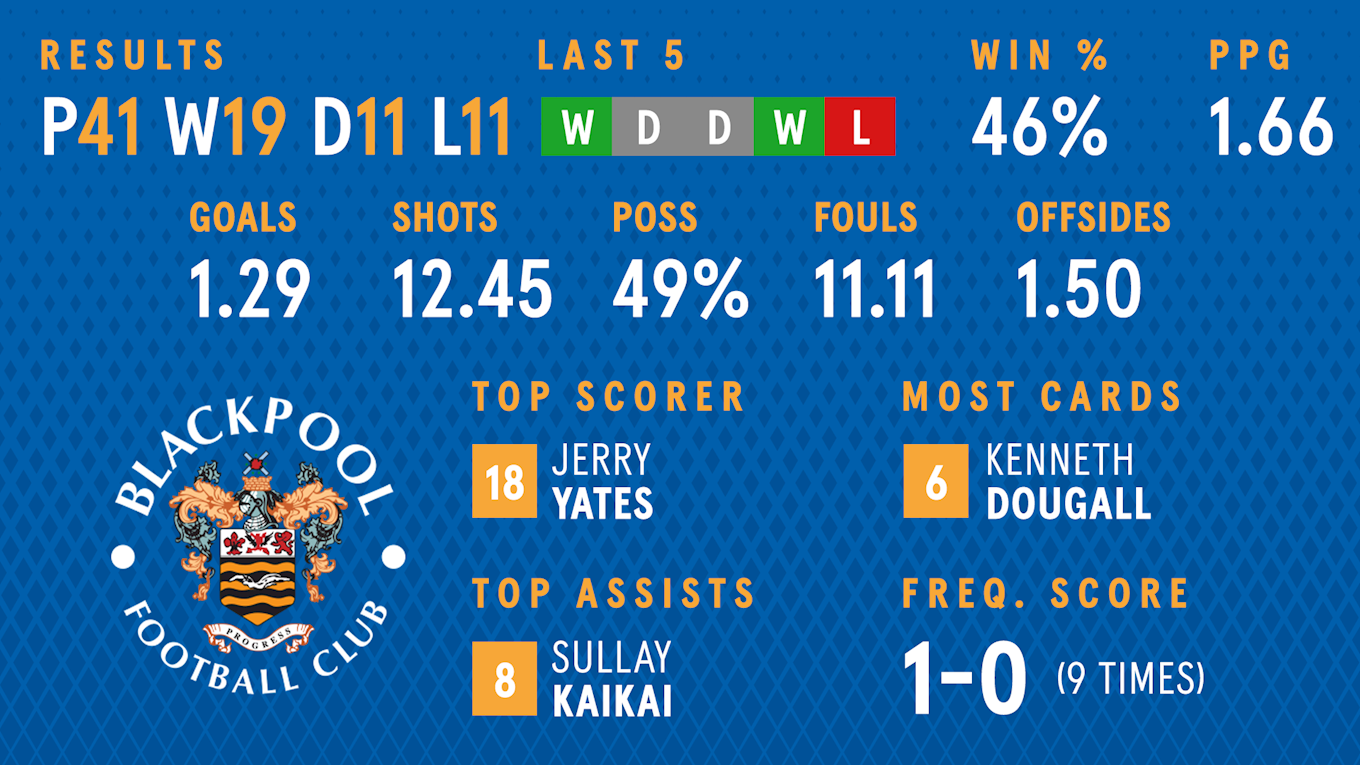 Town secure all three points against Blackpool at Bloomfield Road.

A competitive fixture against play-off chasing Blackpool ended with Salop taking all three points back home to Shropshire.

Matthew Pennington with a second-half goal and a Salop clean sheet was the difference between the two sides as the Town secured the win.

Just after the 10-minute mark, Josh Vela's deflected shot nearly gave Town an early lead. The midfielder drove forward with the ball and let off a shot inside the box. The ball looped over the keeper and hit the woodwork before being claimed by Chris Maxwell to the relief of the Blackpool shot-stopper.

Harry Chapman's influence on the left side continued to trouble the Seasiders' backline. Town's forward looked to create opportunities for his team with every cross and every run. With 10 minutes left in the half, a driven cross came close to unlocking the door but the home side coped well to dispel any danger with a solid clearance - a repetitive action throughout the first 45.

Harry Burgoyne was forced into the first real save of the game with the half nearly concluded. Smart movement allowed Elliot Embleton a shot at goal from distance. Despite this, Town's defensive pressure limited time on the ball, and the Blackpool man was unable to generate any power on his effort.

After working relentlessly to retain possession, Matthew Pennington managed to put Salop in the lead. A Chapman corner in the 53rd minute found its way to the head of Pennington, and the defender made no mistake in heading the ball into the back of the net from close range.

In an end-to-end fixture, both teams were fighting for the next chance at goal. Curtis Main continued to be an outlet at the top end of the pitch for Salop and the home side continually challenged the heading of Ethan Ebanks-Landell.

The game came to an end with Salop securing a win away from home.

Ollie Norburn was shown a yellow card in the 30th minute for a late challenge in the middle of the park.

Curtis Main was also booked for pulling down his man in the 66th minute.

iFollow streaming passes are now available for supporters who are wanting to watch Town's Sky Bet League One fixture with Blackpool.

iFollow passes are now available for supporters who are wanting to watch Town's Sky Bet League One fixture against Blackpool. 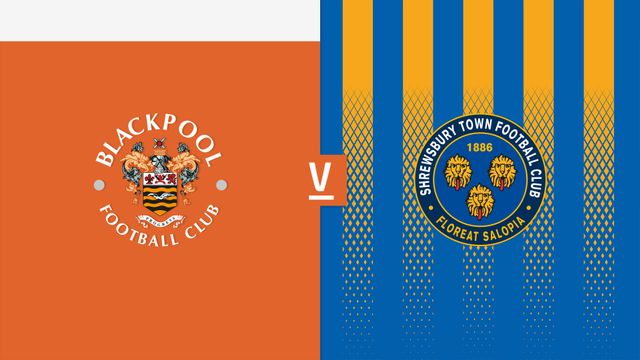 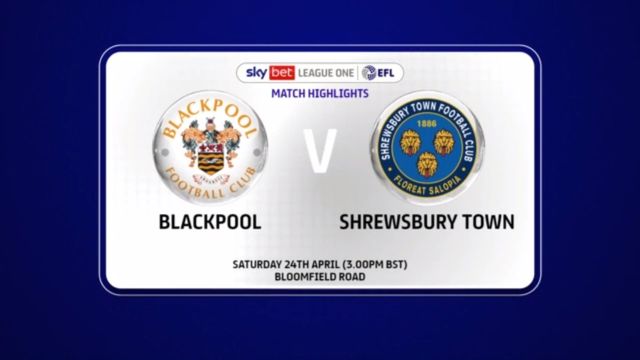 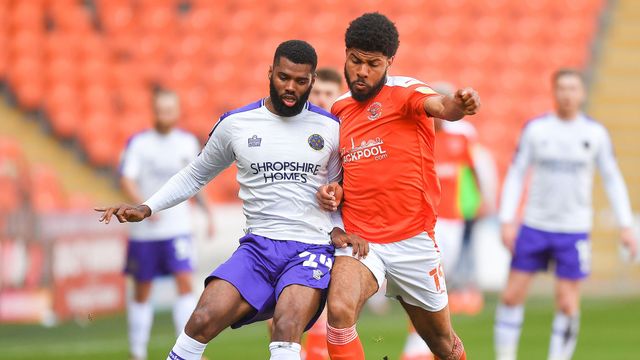