Take a closer look at the latest stats and facts in our match preview ahead of Town's Sky Bet League One clash with Gillingham.

Gillingham have enjoyed a positive season under experienced boss Steve Evans, and their campaign isn't over yet as the Gills look to sneak a finish in the top six. Sitting only a handful of points behind Lincoln City and Blackpool, the Kent club has a chance to earn a spot in the Play-Offs. Vadaine Oliver has been the dangerman for the Gills this season having notched 14 league goals for his team.

However, Town travel to Kent having picked up three points and a clean sheet in the last Sky Bet One league fixture having notched three goals past Plymouth Argyle. Steve Cotteril's men will be determined to have a strong finish to the season having picked up positive results under the Gaffer.

Read Aaron Wilbraham's thoughts ahead of the trip to Priestfield...

Moving into management, Evans began his career with Stamford and Boston United before making the move to Crawley Town in 2007 - a stint that lasted five years. Another spell came in his next job as the 58-year-old joined Rotherham and spent three years at the New York Stadium. Short moves to Leeds United, Mansfield Town and Peterborough United came before Evans penned a deal at Priestfield Stadium.

Evans has enjoyed numerous successes as a manager and his best honors with Rotherham include:

A product of the Watford academy, Bonham spent time on loan at Harrow Borough, before joining Brentford in June 2013 on a permanent deal. Although born in England, the keeper represented the Republic of Ireland at U17 level.

The 27-year-old shot-stopper joined the Gills in 2019 - signing a two-year deal in Kent following a free transfer to Priestfield. The keeper made 40 appearances in the Gills campaign last season. His former clubs include Brentford, Arlesey Town, Carlisle United, and Bristol Rovers. So far this season, the Gills have kept eight clean sheets in 40 league fixtures - a return of no goals in 20% of their league fixtures. 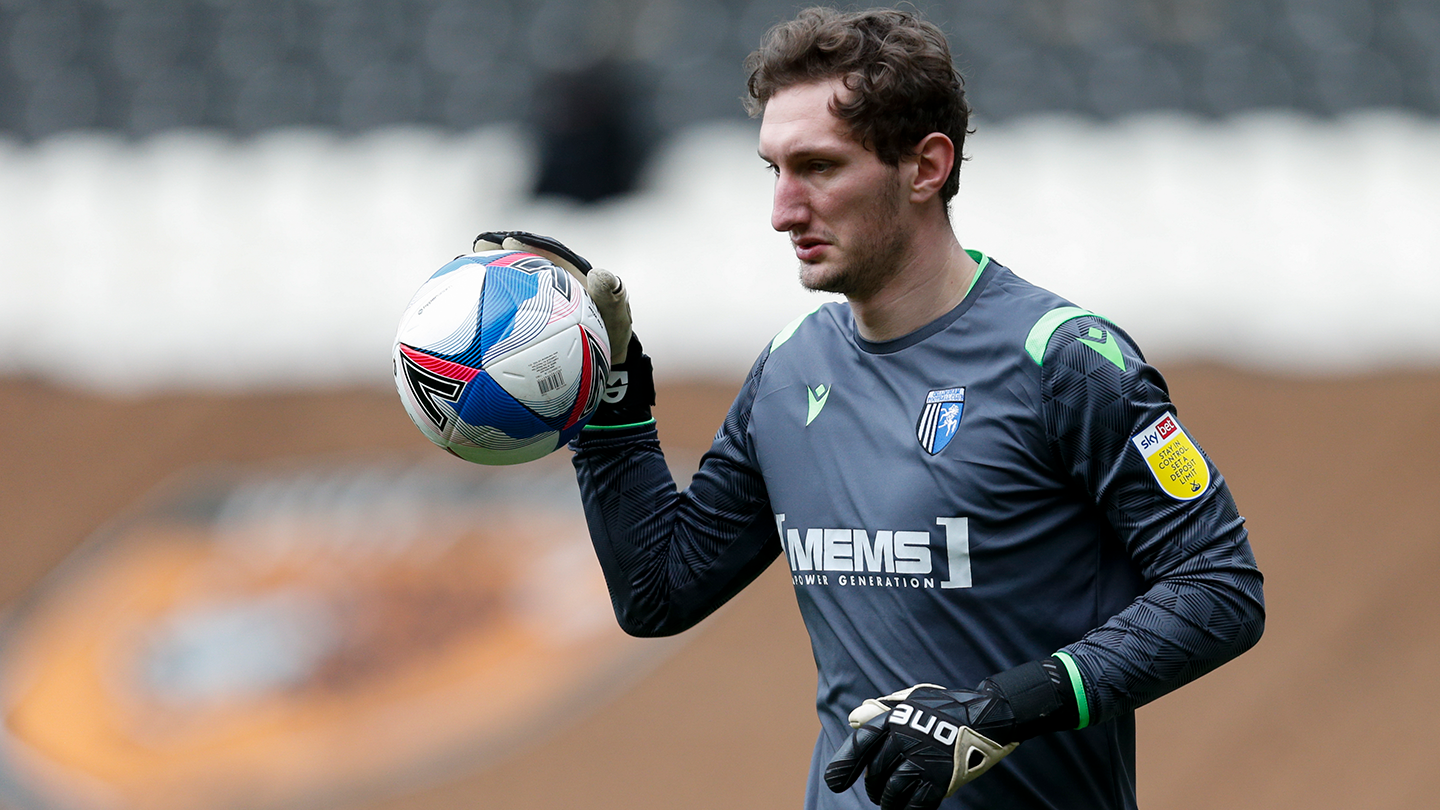 Connor Ogilvie has a strong footballing pedigree having come through the Tottenham Hotspur youth academy. Despite not making a first-team appearance for Spurs, Connor did enjoy time out on loan with Stevenage and Gillingham before making the latter move a permanent one in 2019.

Having signed a two-year deal in Kent, the defender quickly settled into life with the Gills and was named as the club's Player of the Season at the conclusion of the 2019–20 season. The versatile 25-year-old can operate as a centre-back or in a left-back position.

An experienced midfielder, and Gills captain, Stuart O'Keefe started his career in 2008 with Southend United before making the move to now Premier League outfit Crystal Palace.

The central midfielder has enjoyed spells with Blackpool, Cardiff City, MK Dons, Portsmouth and Plymouth but now calls Kent his permanent home after penning a contract with the Gills in June 2019. The 30-year-old is described as hard-working, energetic and athletic. So far this season, O'Keefe has racked up 10 yellow cards from midfield as he looks to enforce Steve Evans' midfield.

Leading the line for the Gills is Vadaine Oliver, A striker who has notched 14 goals for his team this season. The 29-year-old has hit form this season under Steve Evans and was nominated for the Sky Bet League One March Player of the Month.

Oliver began his career with Sheffield Wednesday but enjoyed his breakthrough with Lincoln City in the Conference Premier before leaving for Crewe Alexandra. Spending the majority of his career in Leagues One and Two, Oliver is currently enjoying the strongest form of his career with the Kent outfit.  His other former clubs include Mansfield Town, York City, Northampton Town, Notts County and Morecombe. Last season, Oliver was a key part of the Cobblers Play-Off promotion to the division before leaving for the Gills on a permanent transfer. 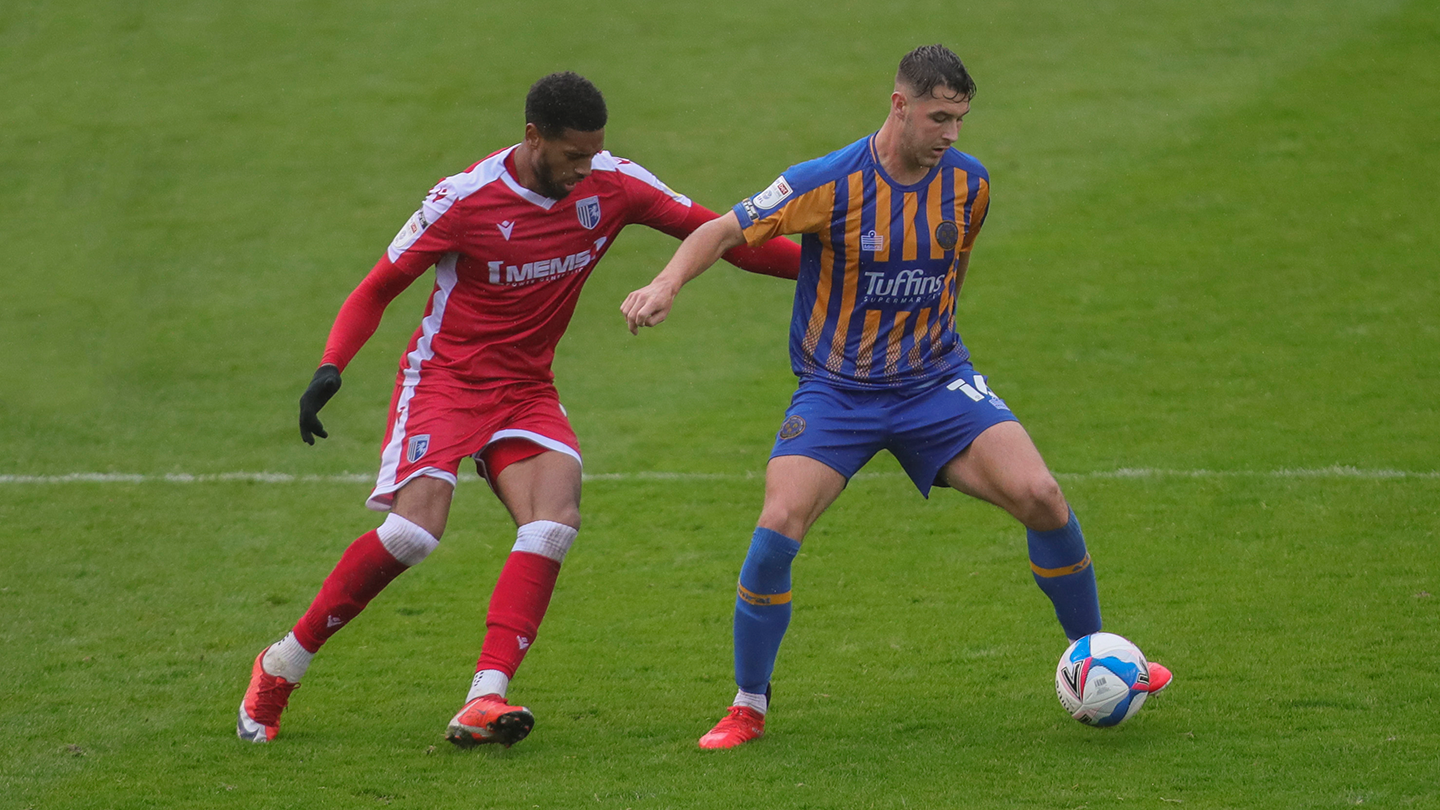 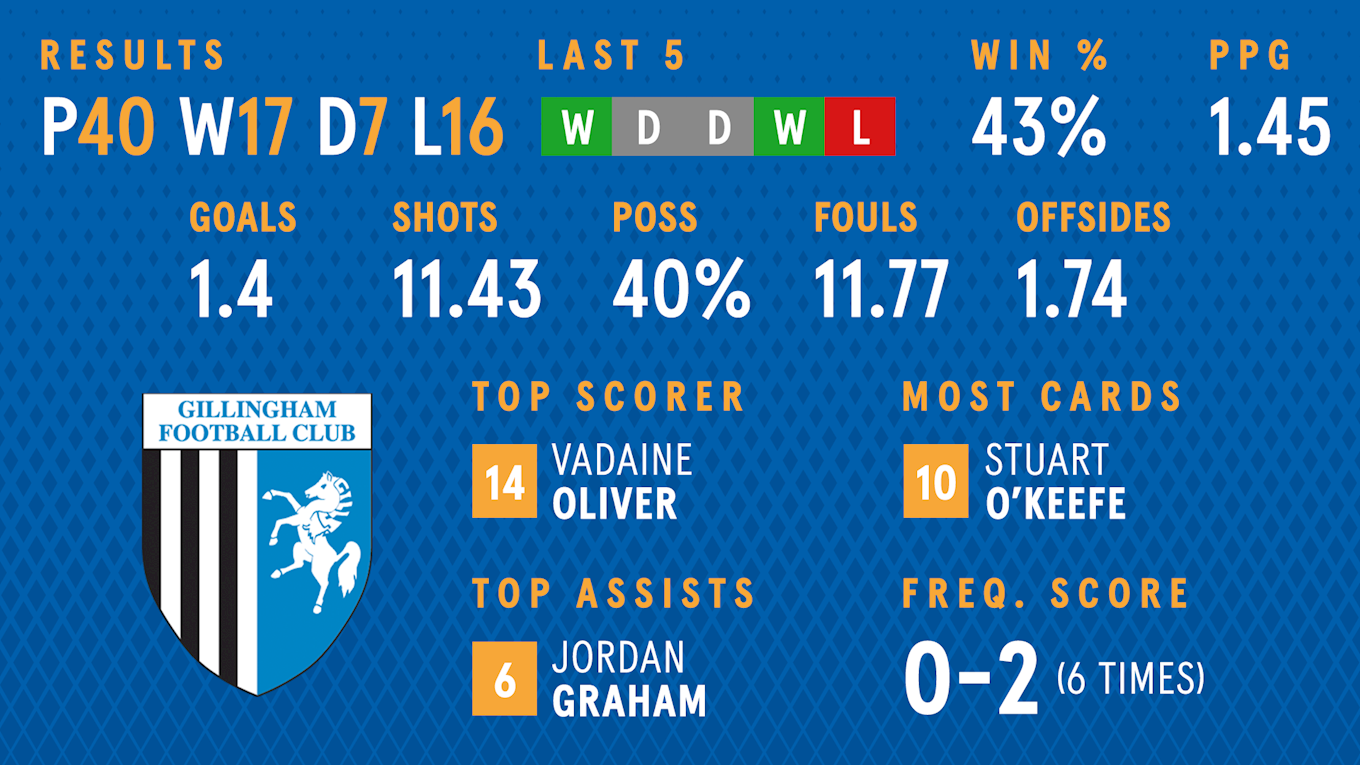 Town earn a point on the road against Gillingham.

Shrewsbury Town's trip to face off with Gillingham ended all square as Salop took a hard-fought point back to Shropshire.

Despite both teams looking dangerous in the opposition box, neither were able to find the breakthrough in the final third at the Mems Priestfield Stadium. Town headed back home two games unbeaten.

In an open-ended start to the game, both sides looked dangerous on the break and both outfits continually threatened in the final third. Jordan Graham was the bright spark for the home team with the ball at his feet but his early antics couldn't break Salop down.

It was Town who came closest to taking the lead after sustained pressure in the Gills half. Smart movement from Shaun Whalley and Nathanael Ogbeta opened up an opportunity for Donald Love to rush into the box. However, the wing-back saw his driven first-time effort narrowly deflect past the post.

The 55th minute saw a rare foray forward into the box from Josh Vela, and the midfielder's work nearly saw Town take the lead. The Salop number 10 latched onto a ball just inside the box but his driven shot towards the bottom corner of the net was well saved by shot-stopper Jack Bonham - keeping things all square with nearly an hour elapsed.

Late substitution Curtis Main had a chance to give Town the lead with three minutes left of the 90. Sean Goss played in an inch-perfect cross but Town's forward couldn't find the target under pressure from the home side's defender.

Despite a series of corners in the final minutes, Town were unable to find the breakthrough and left Priestfield with a hard-earned point against Steve Evan's in-form Gills.

Stuart O'Keefe was shown the first yellow card of the fixture for fouling Shaun Whalley in the 21t minute as Town looked to counter-attack.

Ryan Jackson was the next player booked. This time for a foul on Dan Udoh in the middle of the park.

Jack Tucker was shown the yellow card for a bad foul on Sean Goss.

Donald Love was booked in the 79th minute for a foul in the middle of the pitch.

iFollow streaming passes are now available for supporters who are wanting to watch Town's Sky Bet League One fixture with Gillingham.

iFollow passes are now available for supporters who are wanting to watch Town's Sky Bet League One fixture against Gillingham! 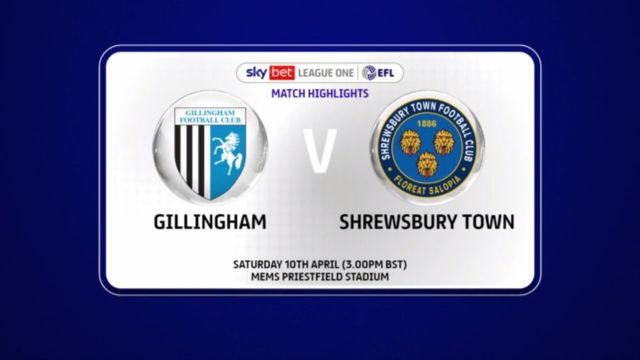 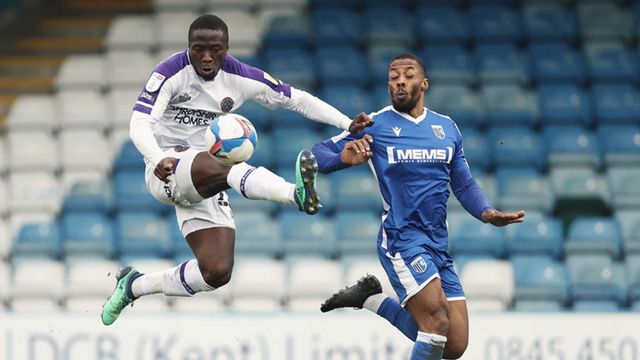