Town fall to defeat at the Kassam Stadium.

Shrewsbury made a positive start to the game but they ultimately fell behind inside 15 minutes from a corner that was whipped to the back post where Rob Atkinson, who was up from centre half, rose highest to give the home side the lead.

It was Atkinson again causing problems for Town once again. James Henry produced another inviting corner again to the back post but Atkinson’s header flashed inches wide.

Oxford doubled their lead through Elliot Lee. The midfield man was picked out in the area and had enough time to turn and shoot. His effort was tame but deflected in past Matija Sarkic who was wrong-footed in the Shrewsbury net.

Harry Chapman looked the most likely for Salop, he drove forward on the break floating past a couple of U’s defenders and into the area but his shot was blocked as he looked to find the bottom corner, Town went in at the break trailing.

Harry Chapman was the man to cut the deficit just five minutes into the second half, the ball found its way to his feet at the back post he shifted it onto his right foot made some space and fired it inside the near post.

Chapman was again the danger man for the Shrews. He found some space in off the left and fired his shot goalward that needed saving to keep the home side in front as Shrewsbury continued their search for an equaliser.

Oxford could have regained their two-goal advantage when Matty Taylor broke through and was one-on-one with Sarkic but Town’s keeper stood tall saving Taylor’s attempted chip.

However just moments later it was Taylor again with the chance and this time he made no mistake, a slide rule pass was played into the area and Taylor was able to swivel and smash it home from a tight angle to make it three-one.

Sam Long made it four one after a freekick was looped into the area the ball bounced around and wasn’t cleared and it was Long on hand to fire it into the roof of the net from close range.

Chapman nearly had his second on the break Sean Goss struck goalward and the ball was parried into the path of Chapman who rattled the post in virtually the last kick of the game condemning Town to defeat.

iFollow streaming passes are now available for supporters who are wanting to watch Town's Sky Bet League One fixture with Oxford United. 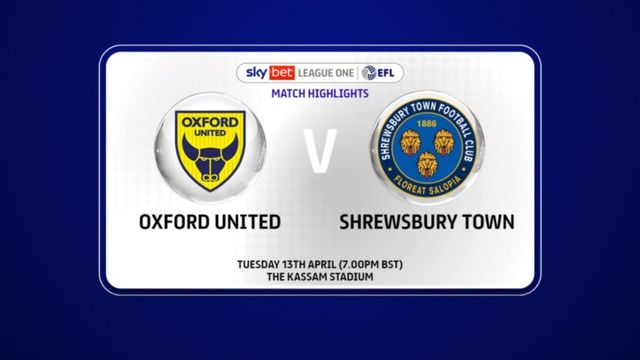 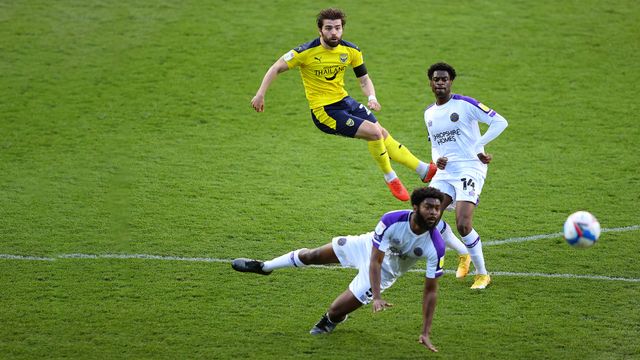