Doncaster Rovers have endured a surprisingly difficult back end to the Sky Bet League One season as the Rovers have slipped from challenging for the title to mid-table. Following the departure of Darren Moore - who left to take over at Sheffield Wednesday - Andy Butler hasn't been able to reach the replicate the heights as the former West Bromwich Albion boss.

In their last five fixtures, the visiting club hasn't managed to secure a win and has endured five defeats in a row. However, strong form earlier in the season wards away any possible thoughts of relegation for the away side. On the other side of the white line, Town will be looking to start another strong run of results. Un-characteristically, Town's last fixture saw Steve Cotterill's men lose out 4-1 to Oxford United. Despite this, Town have proved time and time again that the XI can string together a bunch of positive results - regardless of the opposition.

Young shot-stopper Ellery Balcombe joined Rovers on loan until the end of the season from Sky Bet Championship outfit Brentford on 6th January 2021. The keeper enjoyed a fast-paced start to life in Yorkshire and the Humber as the 21-year-old was thrown in straight at the deep end given a starting role.

Despite his young age, Balcombe has enjoyed loan spells with Boredom Wood and Danish 1st Division side Viborg FF. The shot-stopper is also an England youth international having represented the Three Lions under 18,19 and 20 groups.

This season has seen Balcombe earn three clean sheets in league competitions and one in the Emirates FA Cup.

Club captain, Tom Anderson is in his second full season as a Rovers player, after making a loan switch permanent. He initially spent the latter part of the 2017/18 season on loan from his first club Burnley, completing a free transfer that summer.

The cliche of “good feet for a big guy” was created for this centre-back, who is rarely beaten in the air but equally adept when the ball is on the floor. This season has seen the Donny number four contribute to nine clean sheets in all competitions. The defender has also netted two goals in league competition. 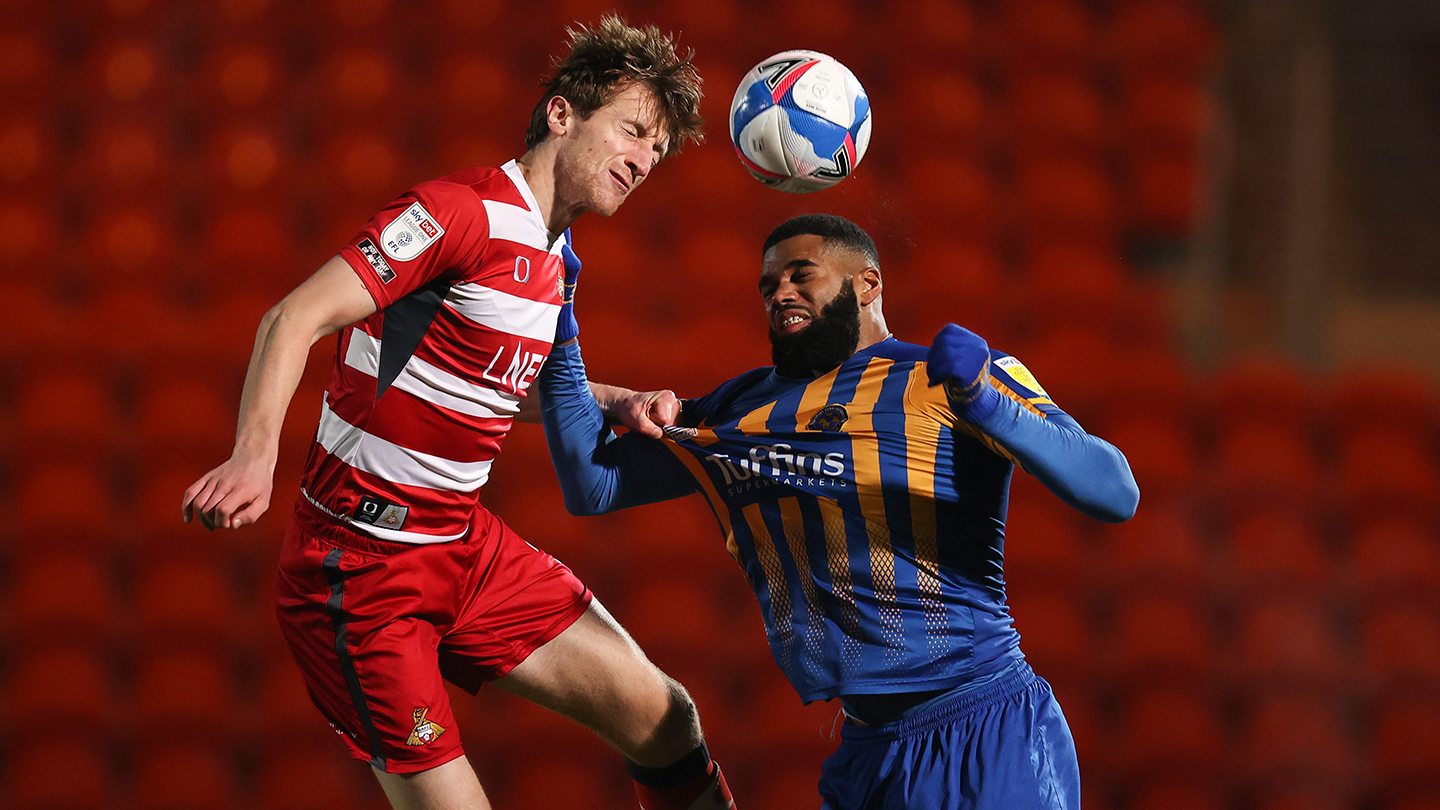 James Coppinger is in his 14th season with Doncaster Rovers and is regarded as a club legend.

Coppinger started his career as a trainee for Darlington in 1998 before moving to Premier League Club Newcastle United. In 2002 he moved to Exeter City and made 82 appearances for the club.

In 2004 Dave Penney brought the midfielder to Rovers and he has been a constant feature ever since. His greatest moments at the club include his sublime hat-trick in a 5-1 victory over Southend In 2008 and more recently scoring “that goal” at Griffin Park as Rovers beat Brentford in the dying seconds of the match to win the League One trophy in 2013.

This season, the 40-year-old has still heavily contributed to his team having netted four goals and provided assists on three occasions. Despite being 40-years-old, the midfielder has chalked up an impressive 31 appearances in all competitions for Rovers.

Okenabirhie signed for Rovers in January 2020 for an undisclosed fee from Shrewsbury Town after spending two years in Shropshire. The 25-year-old signed a two-and-a-half-year deal which sees him stay at The Keepmoat Stadium until the end of the 2021/22 season.

The striker made five appearances in all competitions for Rovers in the second half of 2019/20 season including two starts and three substitute appearances. So far this season, the former Salop striker has netted on nine occasions for Rovers and is the club's top goal-scorer. 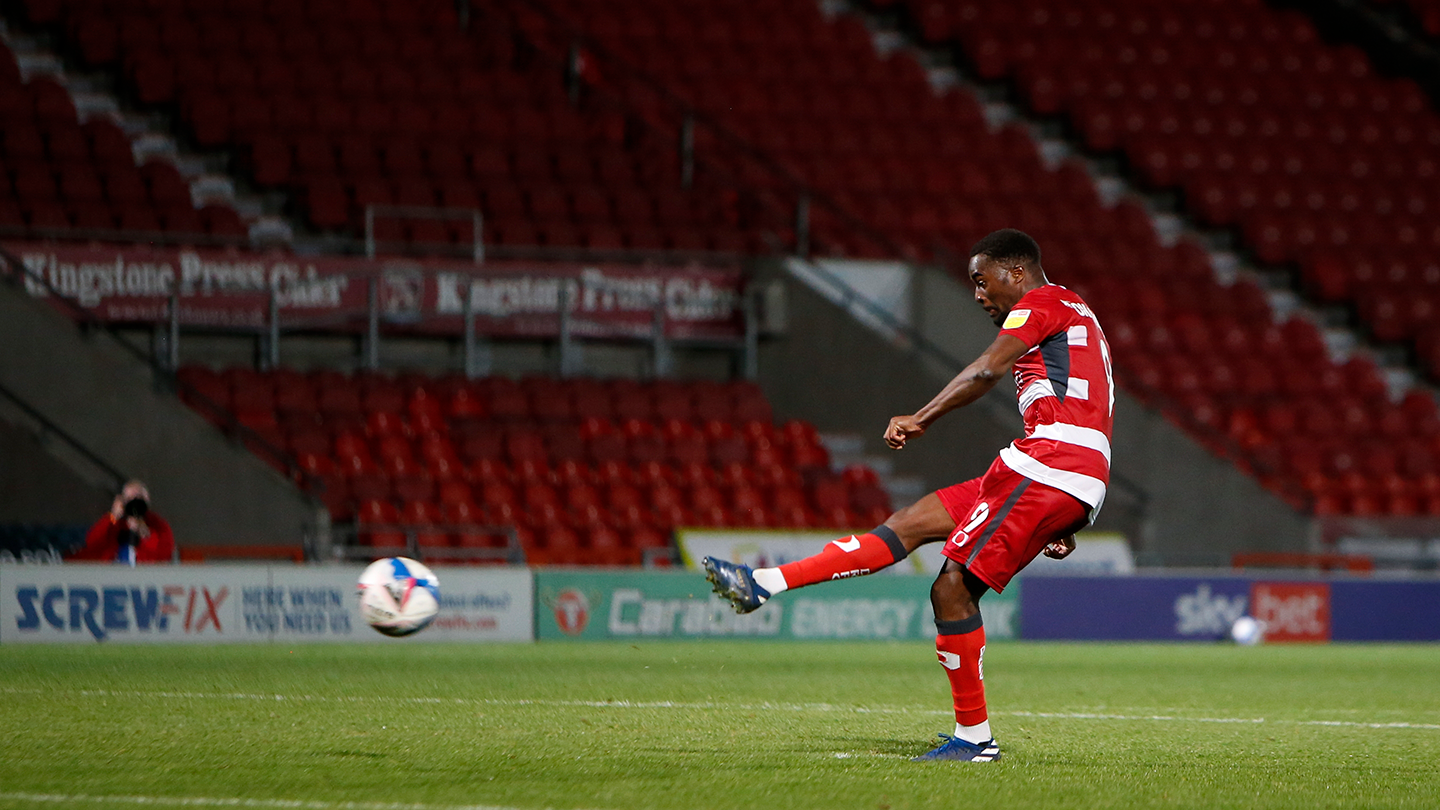 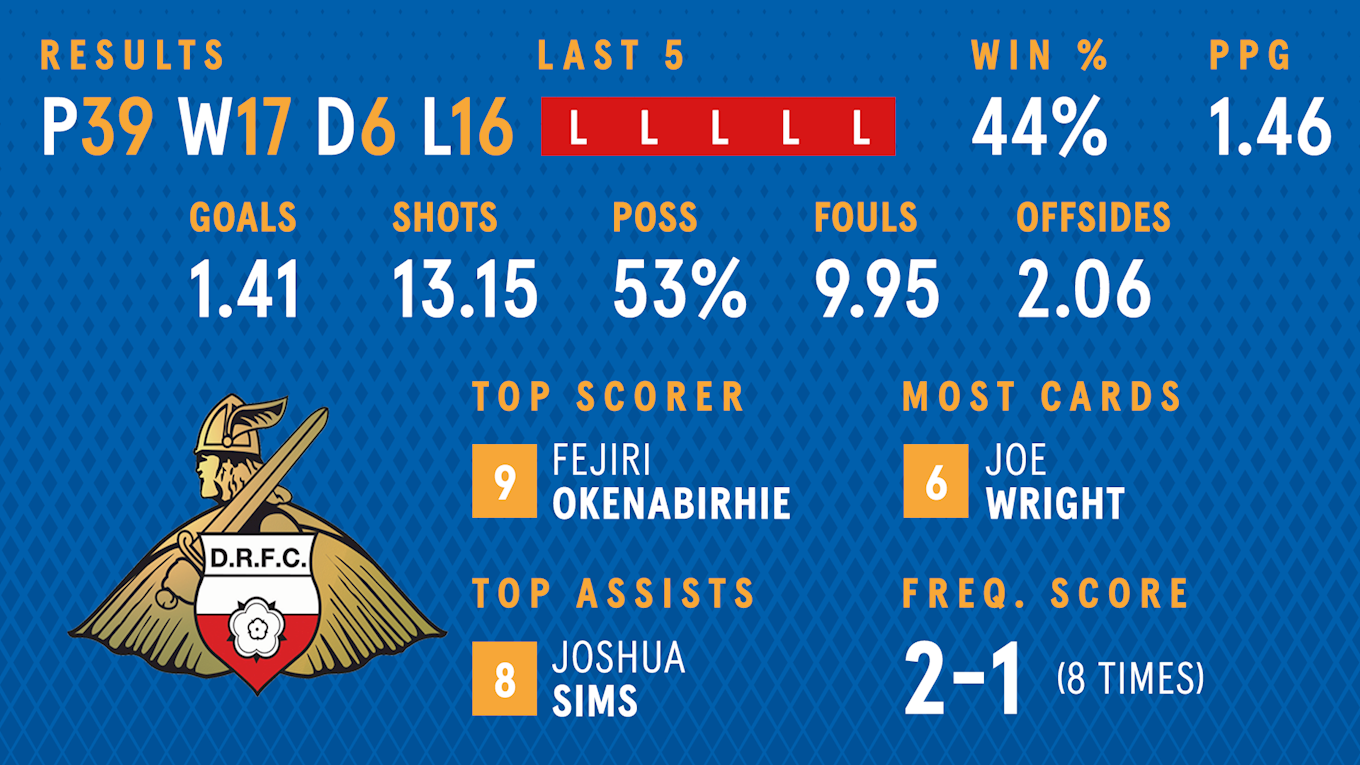 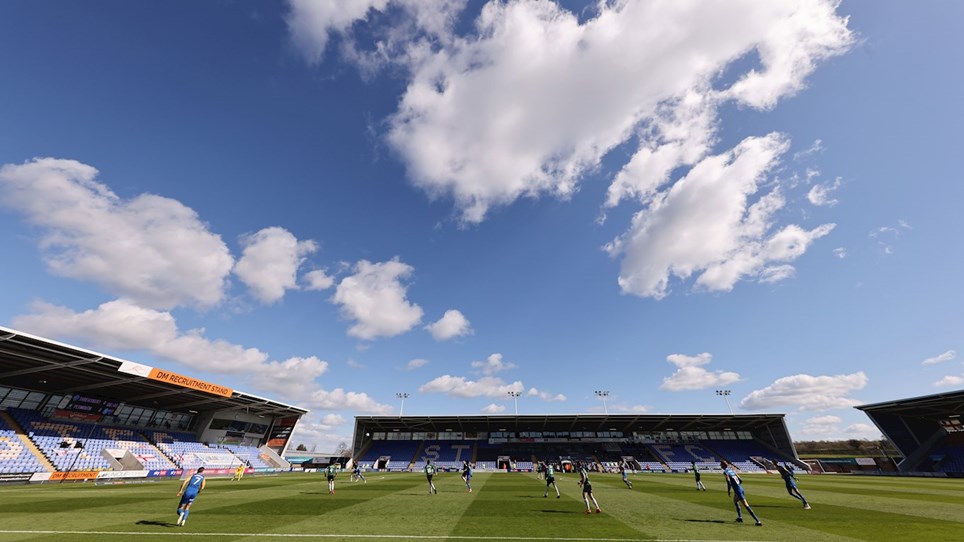 Shrewsbury Town's afternoon at Montgomery Waters Meadow ended in defeat as the away side secured a two-goal win over Salop.

A goal in each half was the difference between the two sides despite Steve Cotterill's men creating a number of chances in the Donny box.

However, it was the away side who went in front with the first chance. Ethan Ebanks-Landell’s slip allowed Fejiri Okenabirhie in on goal and the former Town man tucked the ball into the bottom corner to make it one-nil.

The Shrews continued their search for an equaliser as the half continued on but found it difficult to convert pressure into clear-cut chances. Harry Chapman was next to test the keeper, the midfielder chipped the ball over the head of a Donny defender and struck on the half volley his effort needed saving to keep Rovers ahead.

Moments later, Salop hit the woodwork through Nathanael Ogbeta when the ball was pulled back to him the area, the wing-back struck first-time clipping the crossbar and behind.

The second half followed the trend of the first with Salop on top looking for a way back into the game continued. Doncaster were dangerous on the counter and, if not for a slip in the area, Josh Sims could have made it two-nil.

Just when the home side were at their most dominant, Rovers broke away through Taylor Richards, the frontman made the most of a through ball play made no mistake from close range to double his side's advantage.

Despite Steve Cotterill's men threatening and pushing until the final whistle, a goal couldn't be found and the away side left Shropshire with a clean sheet and three points.

iFollow streaming passes are now available for supporters who are wanting to watch Town's Sky Bet League One fixture with Doncaster Rovers.

iFollow passes are now available for supporters who are wanting to watch Town's Sky Bet League One fixture against Doncaster Rovers. 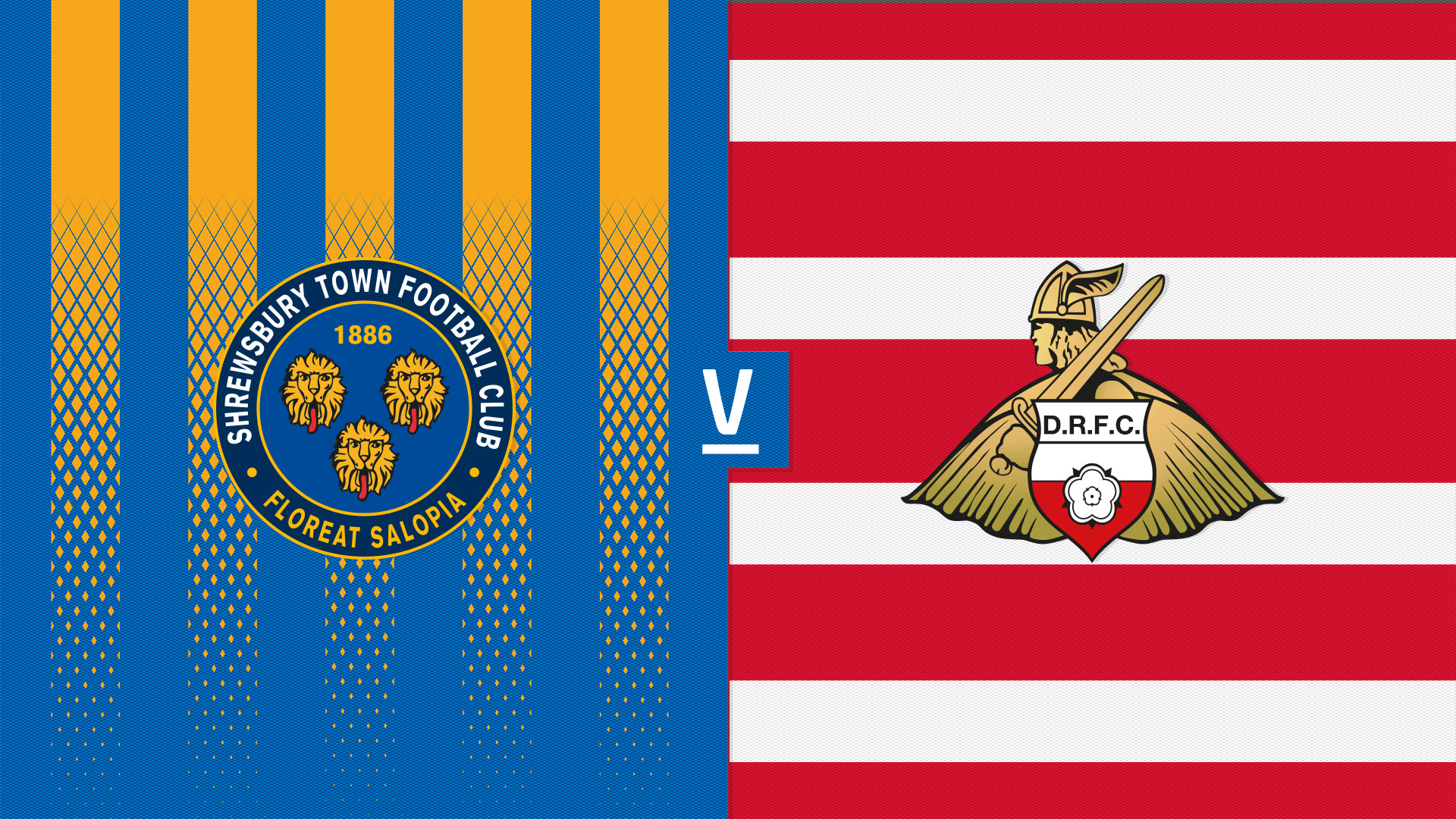 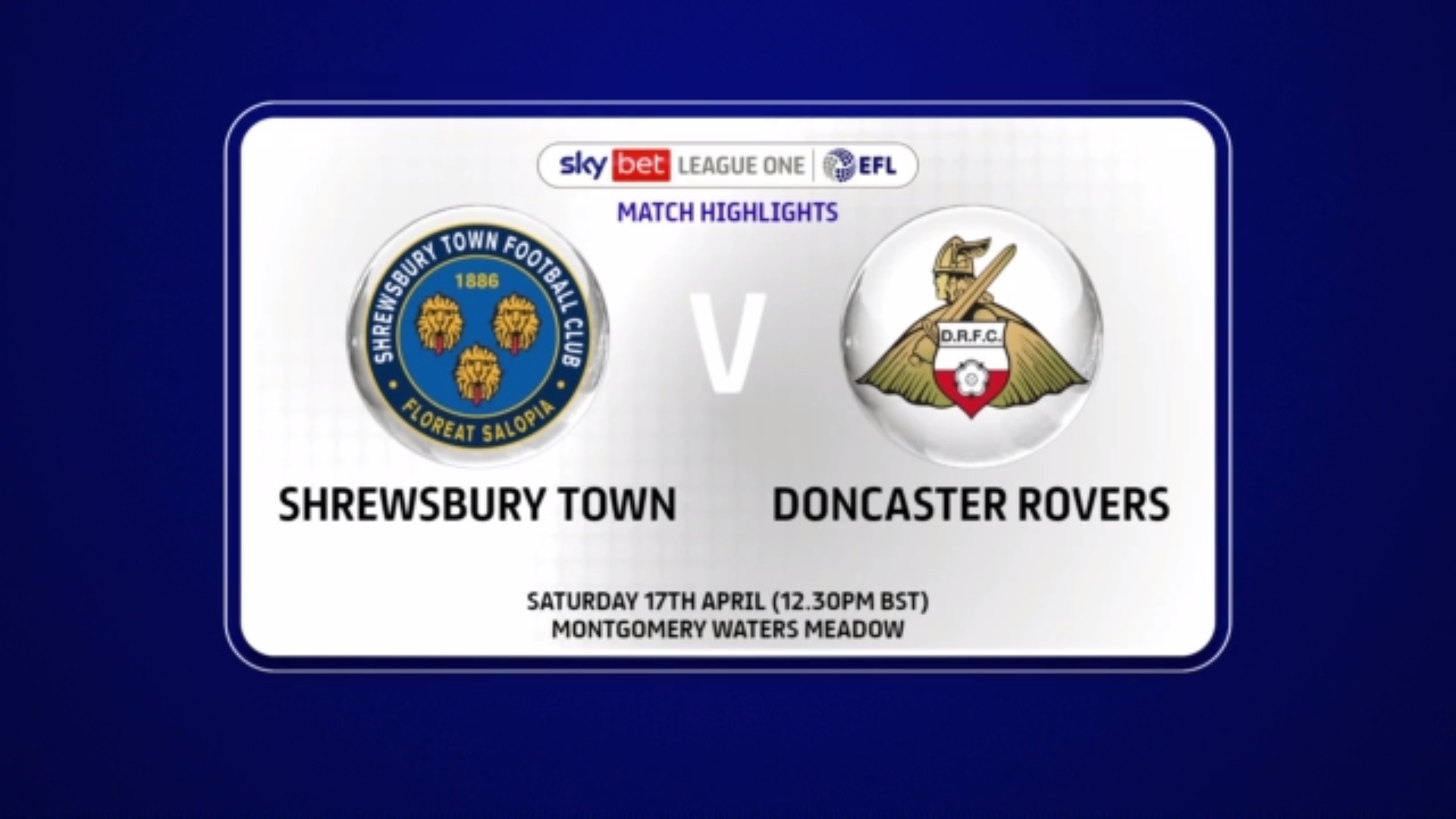 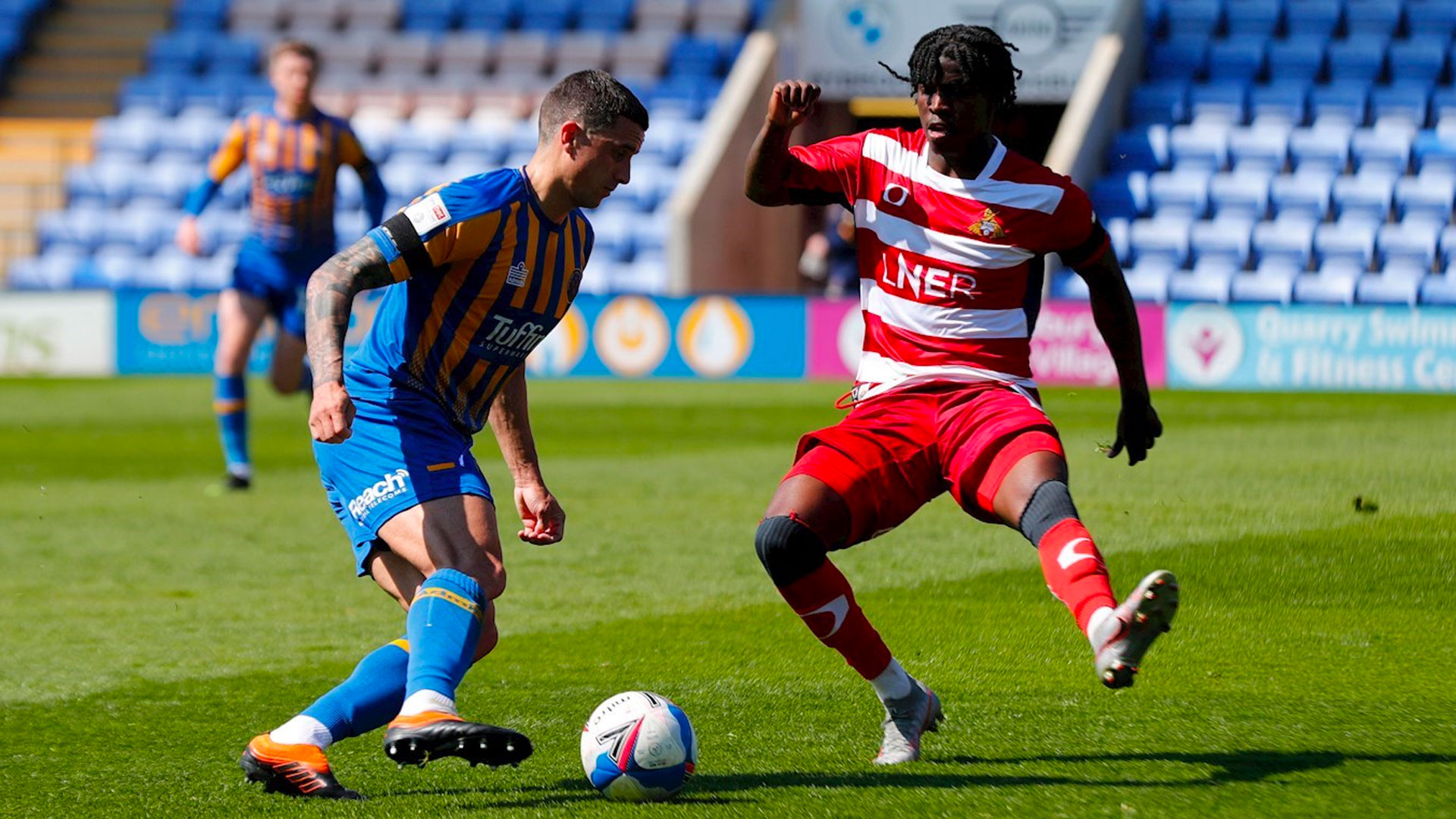