With a first-half goal from Jorge Grant, Michael Appleton's side held on to secure the win despite Town pushing the away side until the very last second.

Early in the game, Brennan Johnson forced a save from Town number one Harry Burgoyne. The Imps man shot from range but Burgoyne was on his toes to make a comfortable parrying save.

Shortly after the 10-minute mark, Michael Appleton's men managed to take the lead. Liam Bridcutt fired in an inch-perfect cross towards Jorge Grant and the Imps top goal-scorer made no mistake in heading home at the back post for his 12th goal of the Sky Bet League One season.

In the 30th minute, Salop came inches away from pulling back to level terms. In a similar fashion to his chance against Blackpool, Josh Vela got on the end of a Curtis Main driven cross but the midfielder's shot deflected onto the post and away from danger.

The second-half started as the first had finished, with both teams looking to attack at any given chance. Shaun Whalley looked lively for Town and his pace trouble the Lincoln back four. Despite being on a yellow card, Ollie Norburn's work in midfield made it hard for the away side to muster dangerous attacks.

Harry Chapman made a near-instant impact on the match upon his late substitution appearance. The forward latched onto a ball just outside the box but his shot from distance didn't trouble the keeper in the Imps net. This was the last meaningful action for Salop as the game closed out.

Ollie Norburn was shown a yellow card just two minutes into the game for a foul on Jorge Grant.

Shaun Whalley was booked for a foul on Grant with just over 20 minutes elapsed.

David Davis was shown a yellow shortly before half-time.

Morgan Rogers was the next player booked for a foul on Curtis Main with 65 minutes on the clock.

iFollow streaming passes are now available for supporters who are wanting to watch Town's Sky Bet League One fixture with Lincoln City.

iFollow passes are now available for supporters who are wanting to watch Town's Sky Bet League One fixture against the Imps. 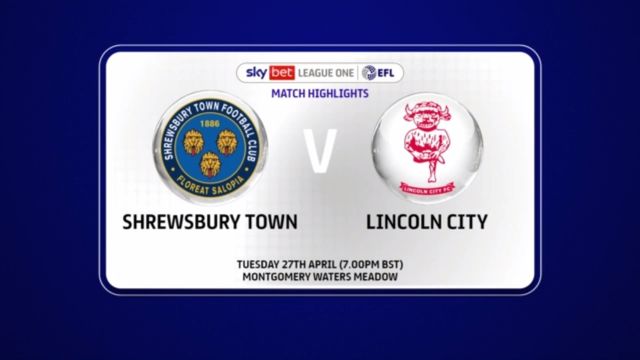 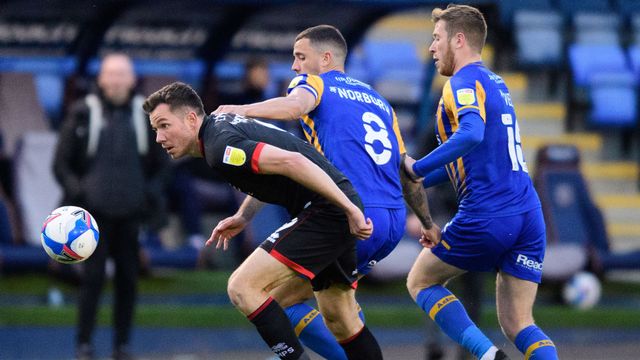