Take a closer look at the latest stats and facts in our match preview ahead of Town's Sky Bet League One clash with Plymouth Argyle.

Plymouth Argyle visit Shropshire having won two of their last three Sky Bet League One games and will be looking to extend their unbeaten run to four games with the venture to Montgomery Waters Meadow. With Pilgrims forward Luke Jephcott on 16 goals, the away side has picked up form towards the latter stages of the season and will prove a stern test for any team in the league.

On the other side of the white line, Town will also be looking to earn a result as the Shrews look to bounce back from two narrow defeats against Portsmouth and Northampton Town. In the last meeting between the two sides in September 2020, both teams had to settle for a point as Salop left Home Park with a 1-1 draw.

A former Salop player Ryan Lowe ventured into management with Bury in 2017 when he took over on a caretaker basis. One more caretaker stint later, the former striker was handed the job on a permanent basis. However, Lowe left Bury to join Argyle in June 2019 and guided the Pilgrism back to League One at the first time of asking.

Shrewsbury Town was Lowe's home during the early stages of his playing career having joined Town from Burscough. The now 42-year-old quickly became a fan's favoruite and spent five years in Shropshire before leaving for Chester City.

YOUNG goalkeeper Cooper rose through the Pilgrims’ academy, making his first-team debut as a 17-year-old in dramatic circumstances against Blackburn Rovers at Ewood Park.

Named as a substitute during the Greens’ well-documented goalkeeping crisis that season, Cooper replaced injured Kyle Letheren during the Sky Bet League One encounter. Evidencing maturity and leadership skills beyond his years, Cooper kept a clean sheet in the second-half as the Greens drew 1-1.

In the final game of the 2018-19 season, Cooper was once again called off the bench in dramatic circumstances against Scunthorpe - this time for the injured Matt Macey. As a reward for his undeniable promise, Cooper was handed the coveted number one jersey for the 2019-20 season by manager Ryan Lowe. 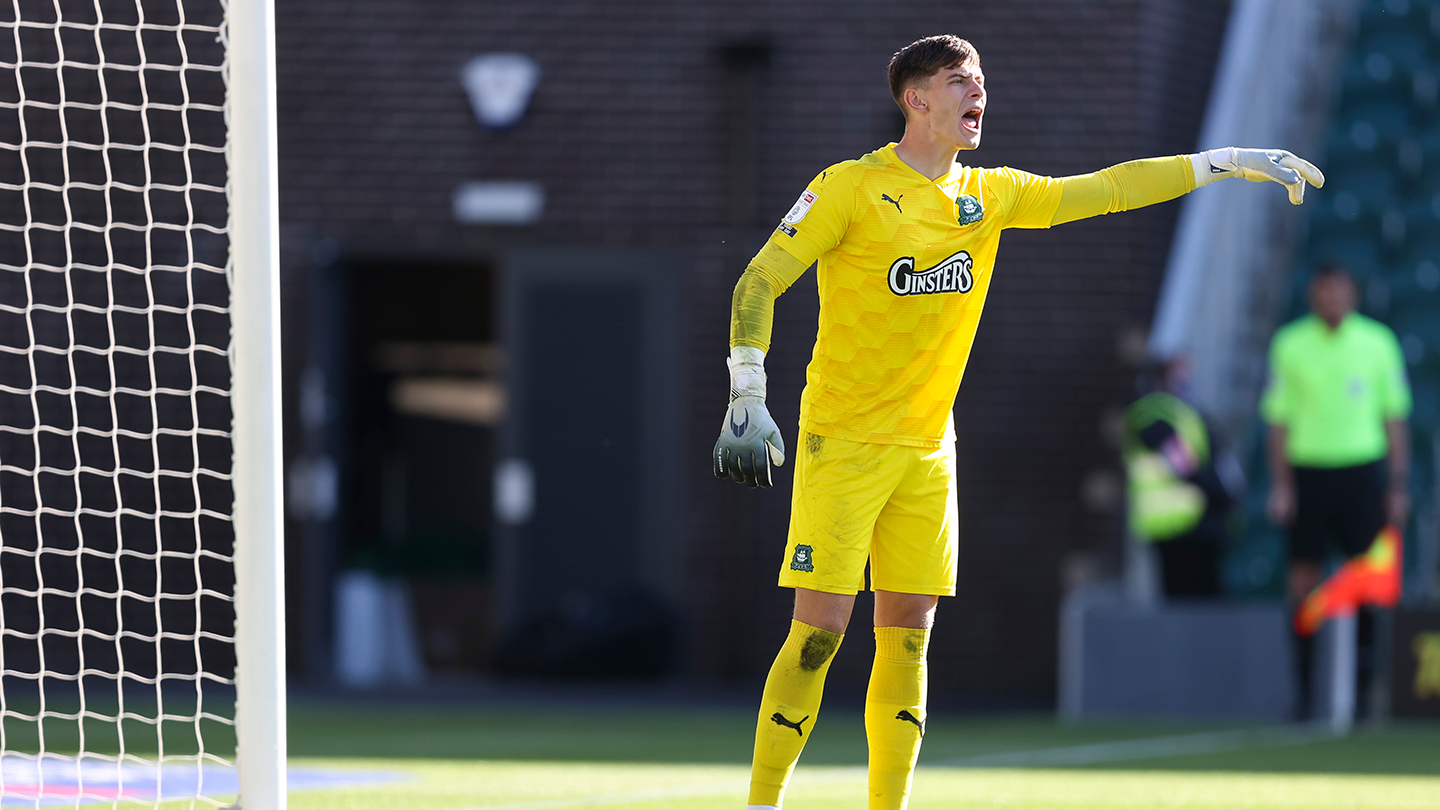 Central defender Aimson began his career at non-league Eastleigh, where he came through the club's youth set-up. However, he only made one appearance for the senior side as a teenager before being snapped up by Hull City after a successful trial.

Aimson’s footballing education continued in non-league, joining Tamworth on loan in 2014, before eventually making his EFL debut while on loan at Tranmere Rovers in the same year, playing as a centre-back in November of 2014. A game later, Aimson’s promising start to life on Merseyside was ended, when he collided with team-mate Danny Holmes, breaking both his tibia and fibula bones.

Having successfully recovered from a career-threatening injury, Aimson joined Blackpool on loan a year later, a move that was eventually made permanent for an undisclosed fee. Two years and 40 appearances at Bloomfield Road later, Aimson joined Bury, where, along with other members of the Argyle squad, he won promotion from Sky Bet League Two.

Grant joined Argyle in the summer of 2018, having all-but signed for the Pilgrims the January beforehand, with the move falling through due to Grant’s participation in the EFL Trophy.

Grant is a product of the Everton youth academy, and he graduated to professional terms in 2013. Finding first-team opportunities difficult to come by at Goodison Park, the midfielder went on a series of loan moves to gain experience.

This season at Home Park has been a positive spell for the midfielder as the Pilgrims number 15 has registered nine assists for his team in Sky Bet League One action. 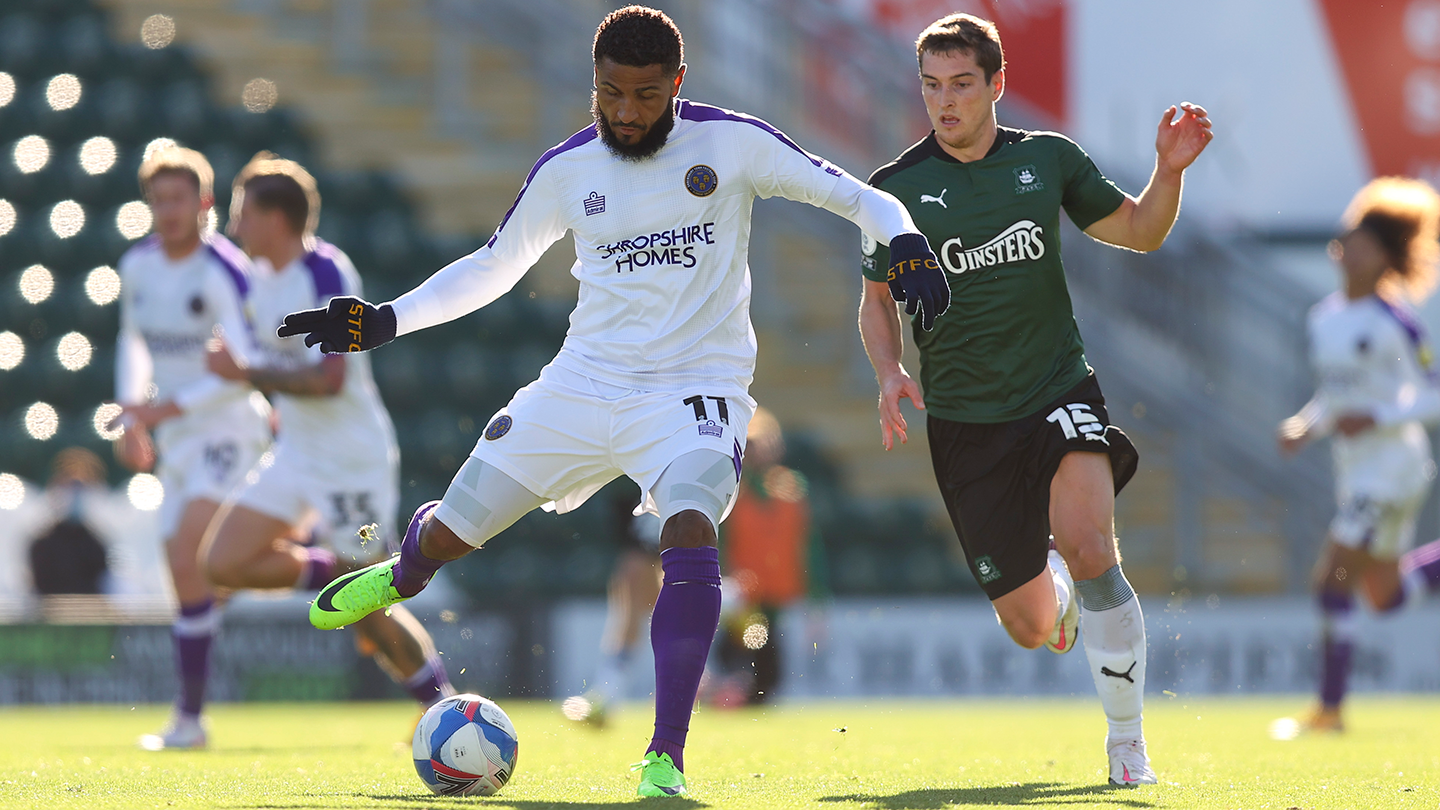 Welsh under-19 international, Luke became the first player born in the 21st century to have played for the Argyle first-team.

Jephcott first broke through in the 2018-19 season and was given his debut in the October defeat to Burton Albion in Sky Bet League One. Luke would go on to make 10 appearances last season and was handed a new contract in the summer of 2019.

He joined Truro City on loan prior to the start of the current campaign and was then recalled in January. On returning to Home Park, Luke announced his first-team arrival with successive braces in the wins at Scunthorpe and Carlisle.  This season has been for forward's best in front of goal, having notched 16 goals for the Pilgrims in league competition. 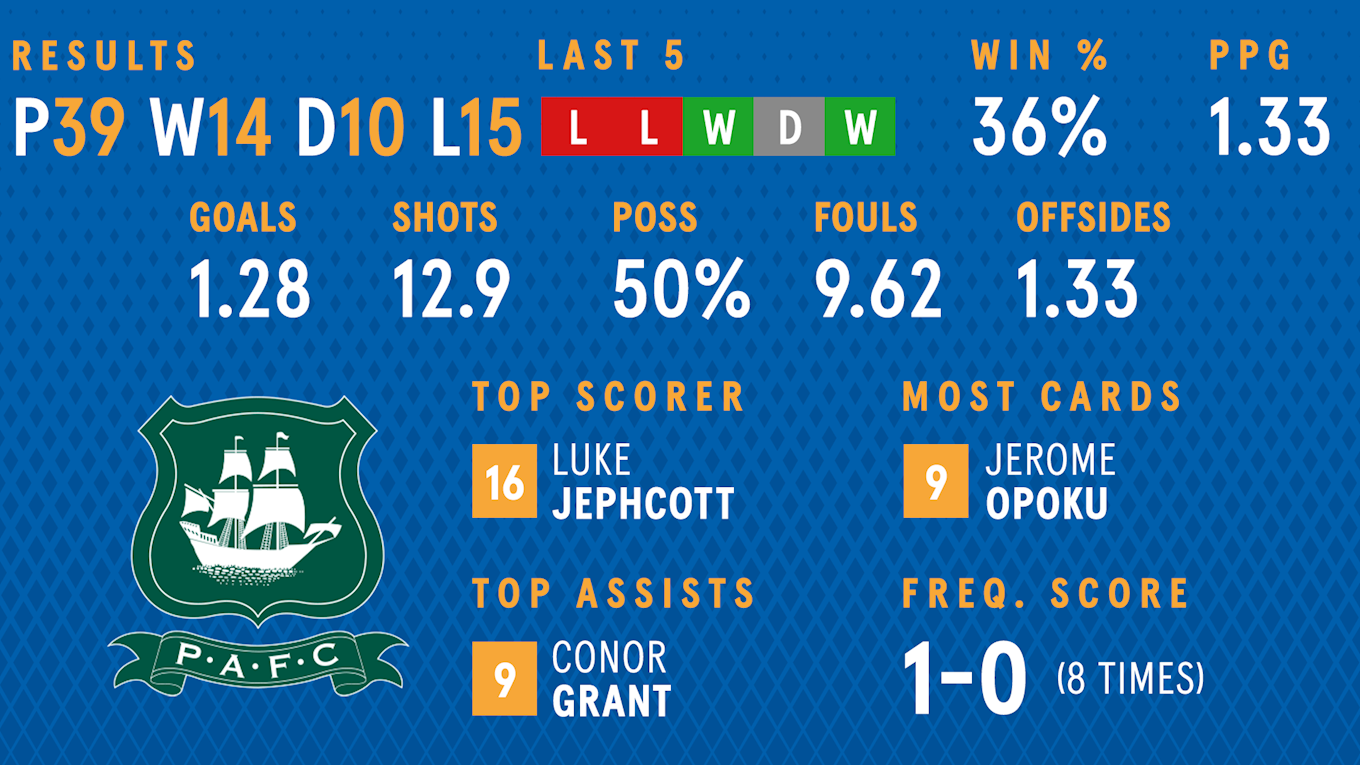 Town were the first side to get a shot on goal after Nathanael Ogbeta wriggled his way past a couple of defenders on the edge of the area and earned space for Shaun Whalley. However, the winger's shot didnt hit the target and rose above the bar.

Ethan Ebanks-Landell was next to trouble the keeper when he got on the end of a set-piece. His header forced a save from Michael Cooper.

Argyle nearly took the lead right after the restart. It was Niall Ennis who turned smartly in the area and struck low and hard but Sarkic produced a smart save to keep it out.

Shrewsbury soon took the lead through Whalley after he drove in off the right after some good hold-up play from Dan Udoh. His shot appeared to be goal-bound but a deflection took it beyond the reach of the keeper to make it one-nil.

Town were close to doubling their lead in the strangest of fashions when Sean Goss’s inswinging corner rattled straight off the bar, moments later Ogbeta charged into the area but his outside-of-the-foot effort went just wide.

Whalley was on hand once again when Plymouth gave the ball away carelessly at the back leaving Towns number seven the easiest of finishes to double his side's advantage.

Shrewsbury’s in-form man Nathanael Ogbeta made it three with a delightfully curled shot into the far corner, cutting in from the left-hand side.

The game came to an end with Salop securing all three points and a clean sheet.

Panutche Camara was shown the first yellow card of the game shortly before half-time for a late tackle on Sean Goss.

Ollie Norburn was shown the second yellow in the 75th minute for a foul in the middle of the park.

iFollow streaming passes are now available for supporters who are wanting to watch Town's Sky Bet League One fixture with Plymouth Argyle.

iFollow passes are now available for supporters who are wanting to watch Town's Sky Bet League One fixture against the Pilgrims!! 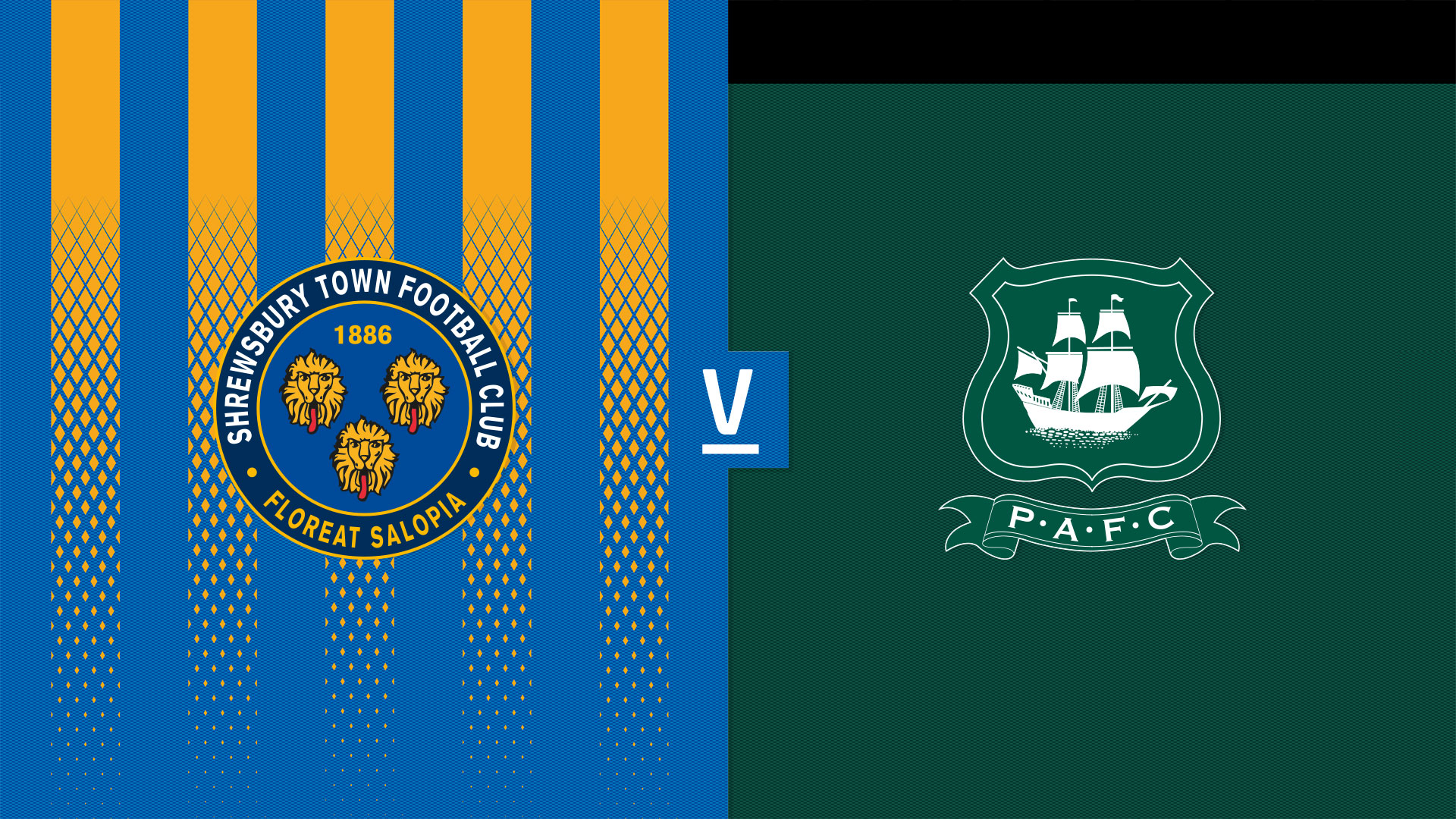 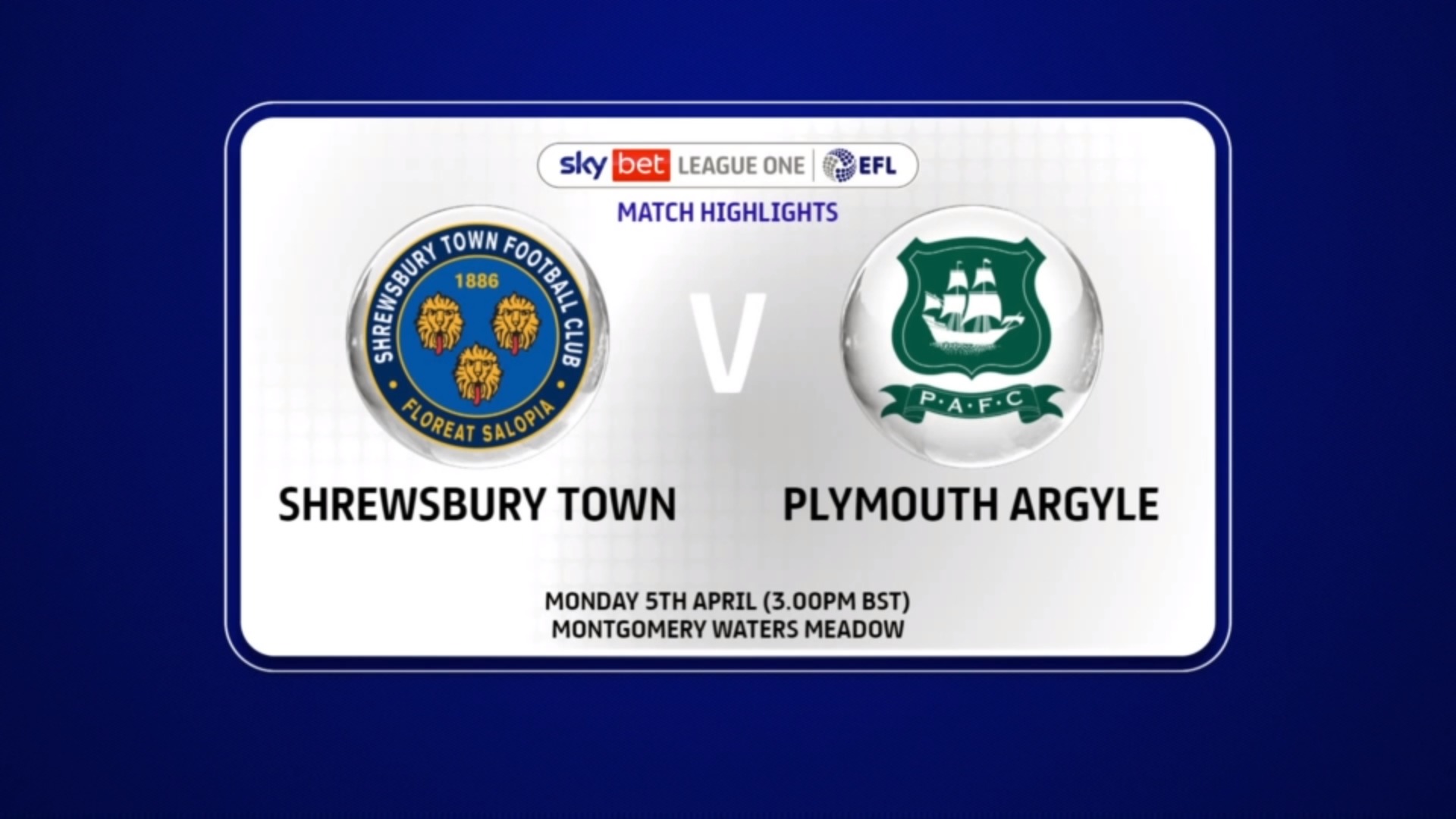 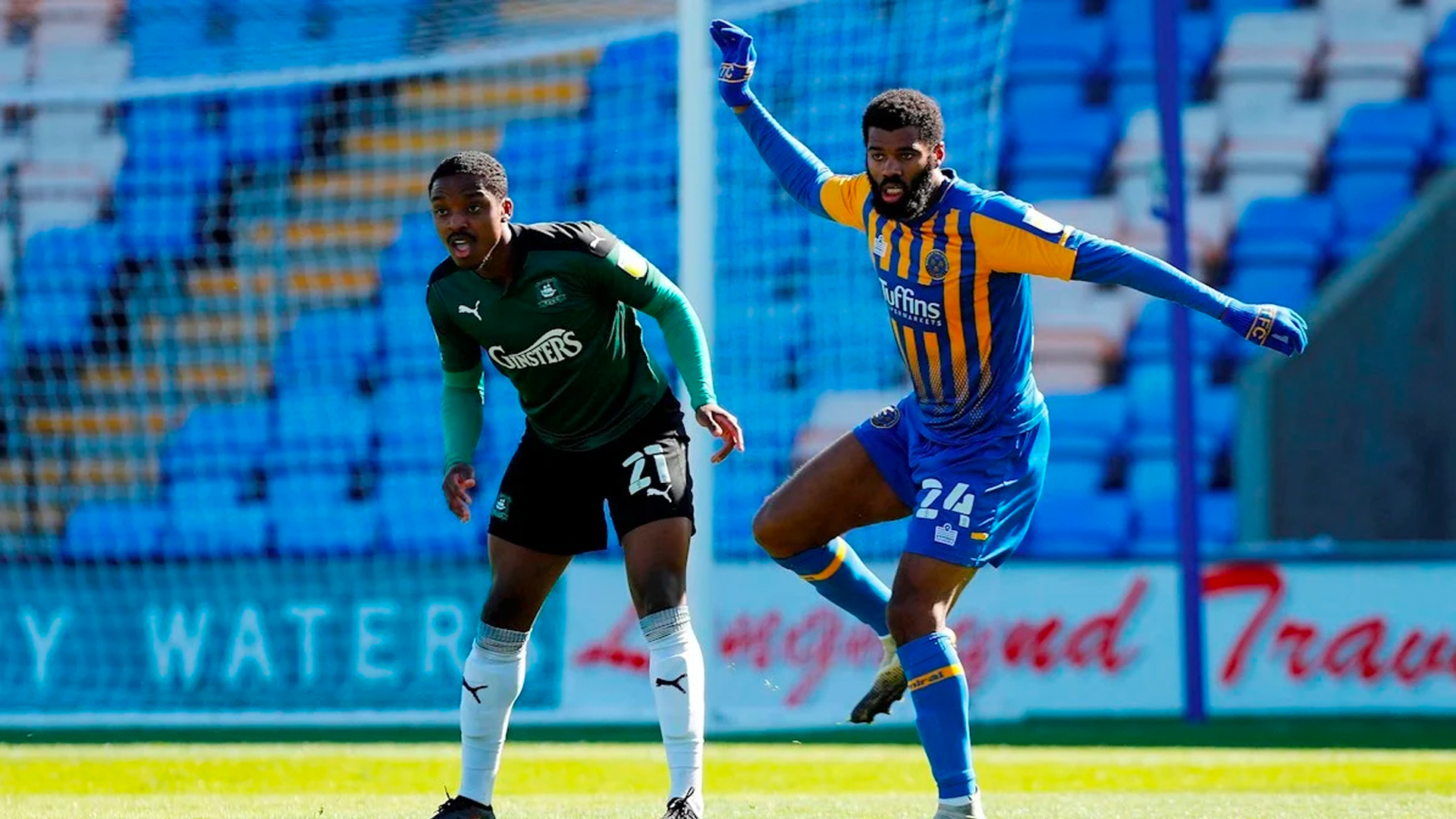