Doncaster Rovers have enjoyed a positive start to the season having chalked up 10 wins from 17 fixtures under Darren Moore.

Donny posses a number of key threats and have a number of players with positive goal returns. Former Town striker Fejiri Okenabirhie will be the one to watch as the Shrews look to nullify the home team. Steve Cotterill's team will be looking to earn a third consecutive away win following on from Town's wins over Hull City and Lincoln City.

Darren Moore's first experience in football management came during a caretaker spell with West Bromwich Albion - a stint that lasted two years at the Hawthornes.

Doncaster Rovers goalkeeper joined Rovers from Queens Park Rangers at the start of the season on a season-long loan. The R's shot-stopper is enjoying his eighth loan spell away from his parent club. 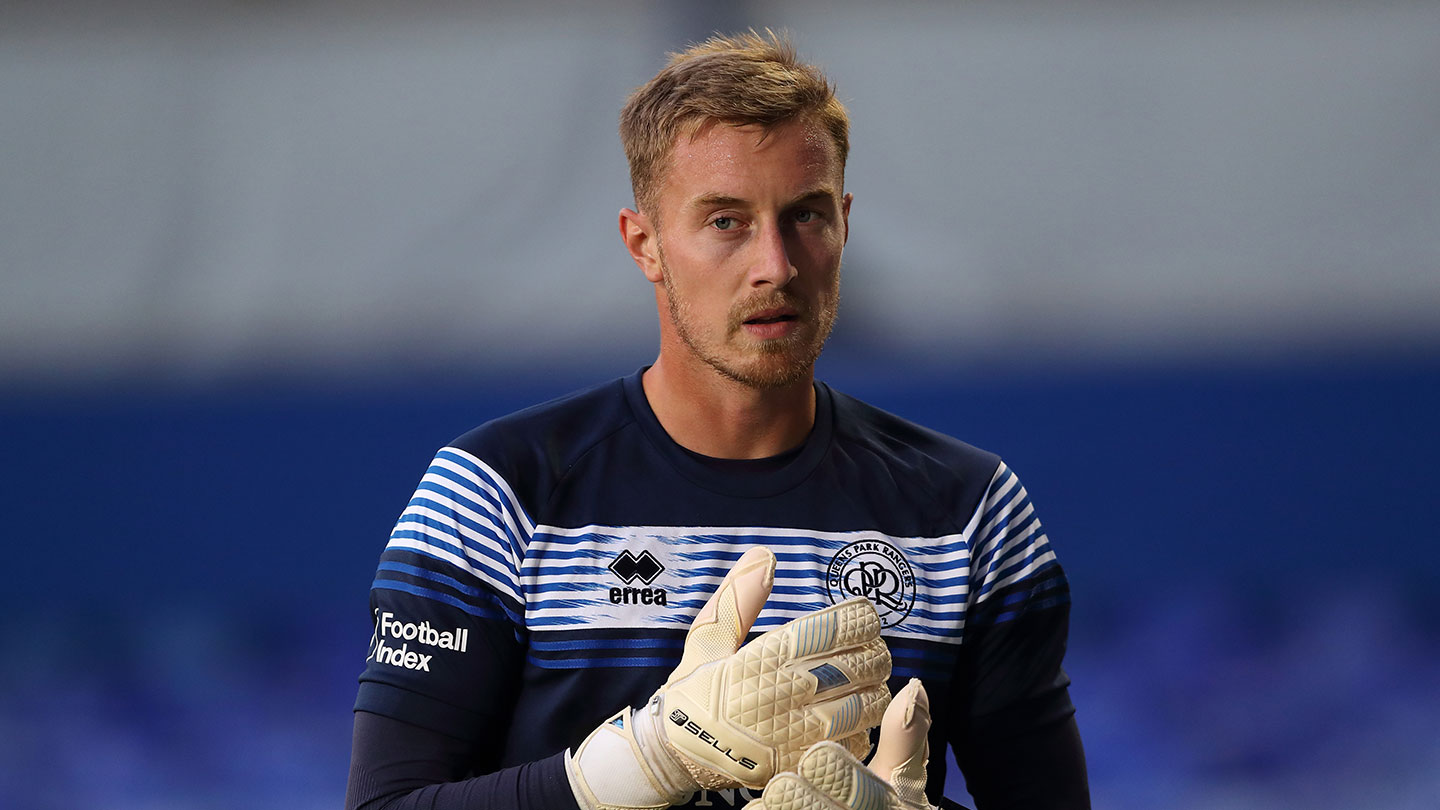 In his second full season as a Rovers player, Anderson made a loan switch from Burnley permanent.

He initially spent the latter part of the 2017/18 season on loan from his first club but completed a free transfer that summer.

The cliche of “good feet for a big guy” was created for this centre-back, who is rarely beaten in the air but equally adept when the ball is on the floor. Anderson has also represented the likes of Lincoln City, FC Halifax Town and Port Vale.

Talented midfielder with a range of passing who was given the captain’s armband in the summer of 2019.

The former Manchester United youngster signed on a six-month-loan from South Yorkshire rivals Sheffield United ahead of the 2017/18 season, making the move permanent in the January transfer window. He was confirmed as the Donny captain for the 2019/20.

Okenabirhie signed for Rovers in January 2020 for an undisclosed fee from Shrewsbury Town. The 24-year-old signed a two-and-a-half-year deal, which sees him stay at The Keepmoat Stadium until the end of the 2021/22 season.

The striker made five appearances in all competitions for Rovers in the second half of 2019/20 season including two starts and three substitute appearances. 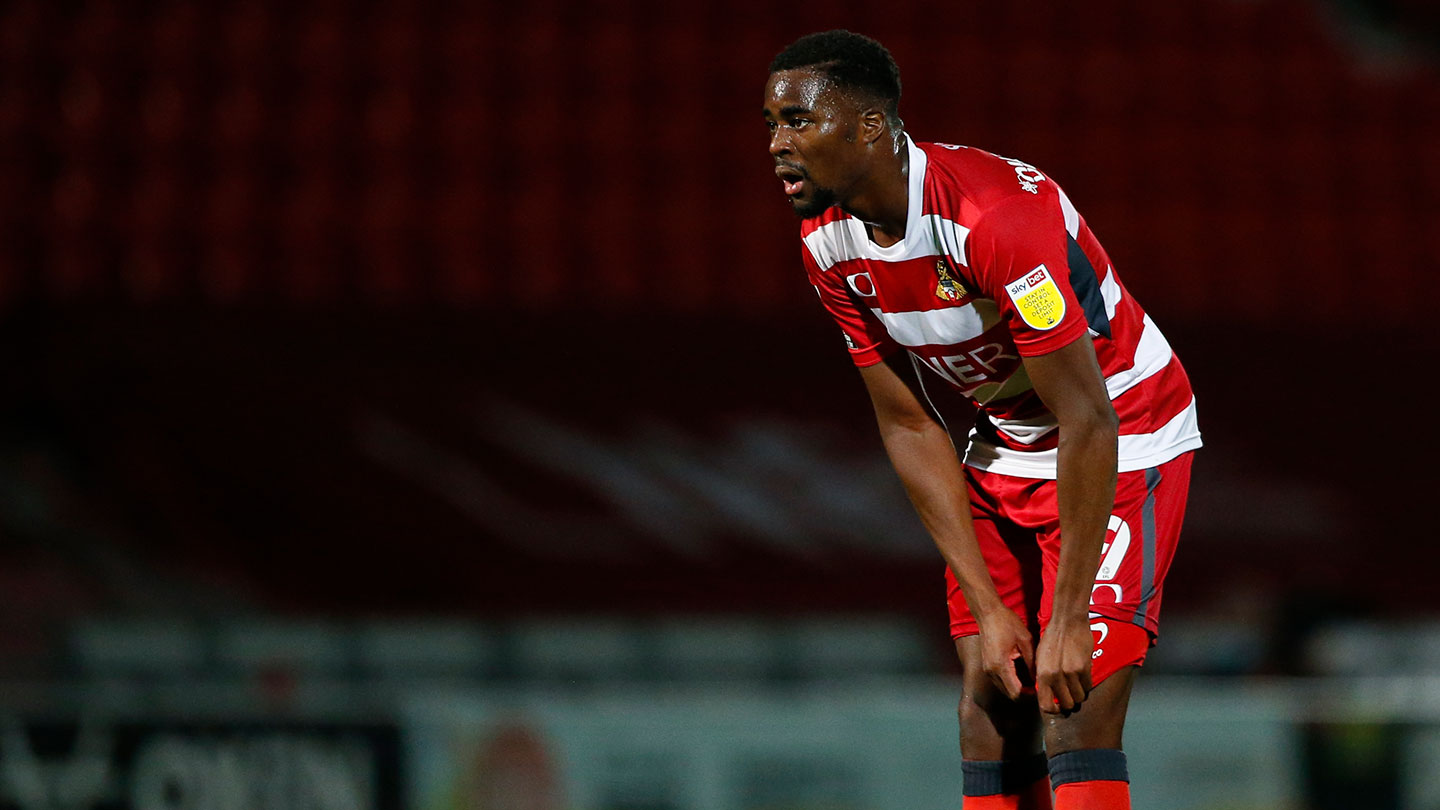 Town earn a third consecutive win with a 1-0 victory over Doncaster Rovers.

Aaron Pierre’s second half goal was enough to send the Shrews home with a third consecutive win.

An eventful evening of football began with Doncaster Rovers claiming the better chances of the opening 15 minutes. Former Town man Fejiri Okenabirhie looked a continual danger on the break and caused Town some problems.

The first real chance for Salop to take the lead didn’t come until 10 minutes after the break. Shilow Tracey was fouled on the wing and that gave Shaun Whalley an opportunity to cross in a ball. Aaron Pierre jumped highest and headed the ball into the far side of the net.

Second half substitute Leon Clarke nearly doubled Town’s lead with just over 70 minutes on the clock. Tracey drove forward with the ball and smartly played in Clarke. However, the Salop forward narrowly missed the target with a chipped effort.

Matija Sarkic was called into action in the 80th minute – making a sublime save. Donny managed to guide a powerful effort towards goal but the Salop shot-stopper tipped the ball over the bar for his team.

After sustained pressure, Town saw the game out and secured another valuable win on the road.

Taylor Richards was shown the first yellow card in the game for a foul on Shilow Tracey in the 52nd minute.

Matt Smith was booked in the 90th minute for a foul on Leon Clarke.

Match passes are now available to purchase for Town's away Sky Bet League One clash with Doncaster Rovers.

iFollow passes are now available for supporters who are wanting to watch Town's Sky Bet League One fixture against Doncaster Rovers! 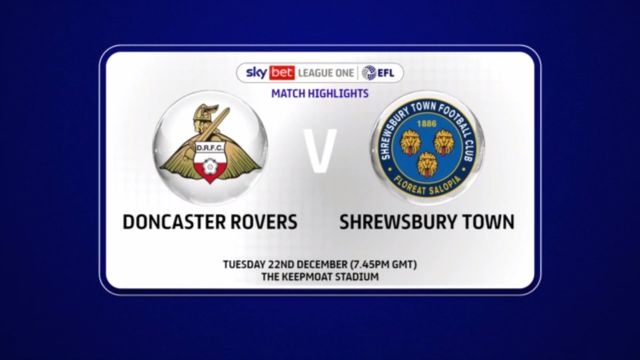 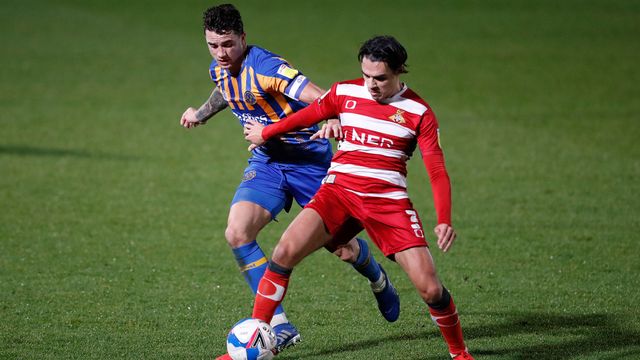