Take a closer look at the latest stats and facts in our match preview ahead of Town's Papa John's Trophy clash with Lincoln City.

In the league, the Imps have had an impressive start to the season and currently sit second in the league table. In their last five, the Lincolnshire outfit have won three, drawn one and lost one.

Lewis who is six foot three signed a three-year contract with the Imps before being assigned the vacant number four shirt. So far this season, the towering defender has scored four goals in league competition. 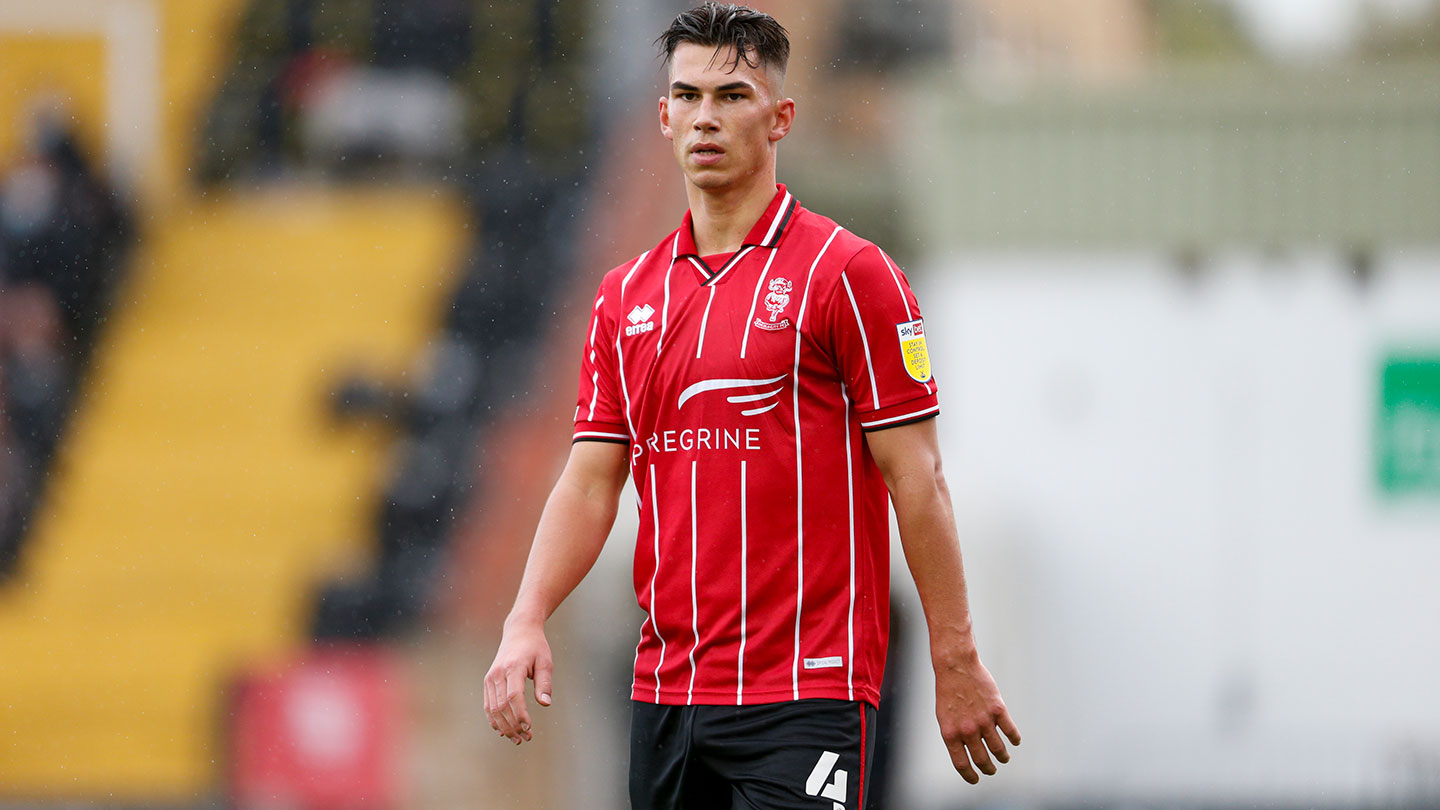 In order to gain more first team experience, the midfielder joined Notts County on loan in January 2017 for the remainder of the season. He made an instant impact for the side leading to him re-signing for County for the 2017/18 season.

The Lincolnshire born striker started his career with his hometown club, Boston United, in his teenage years and still holds the record for being their youngest ever outfield player at the age of just 15.

He netted ten times for The Shrimpers in 30 appearances ahead of his move to The Imps, Tom made his City debut as a second half substitute at Portman Road against Ipswich Town in late January 2020. 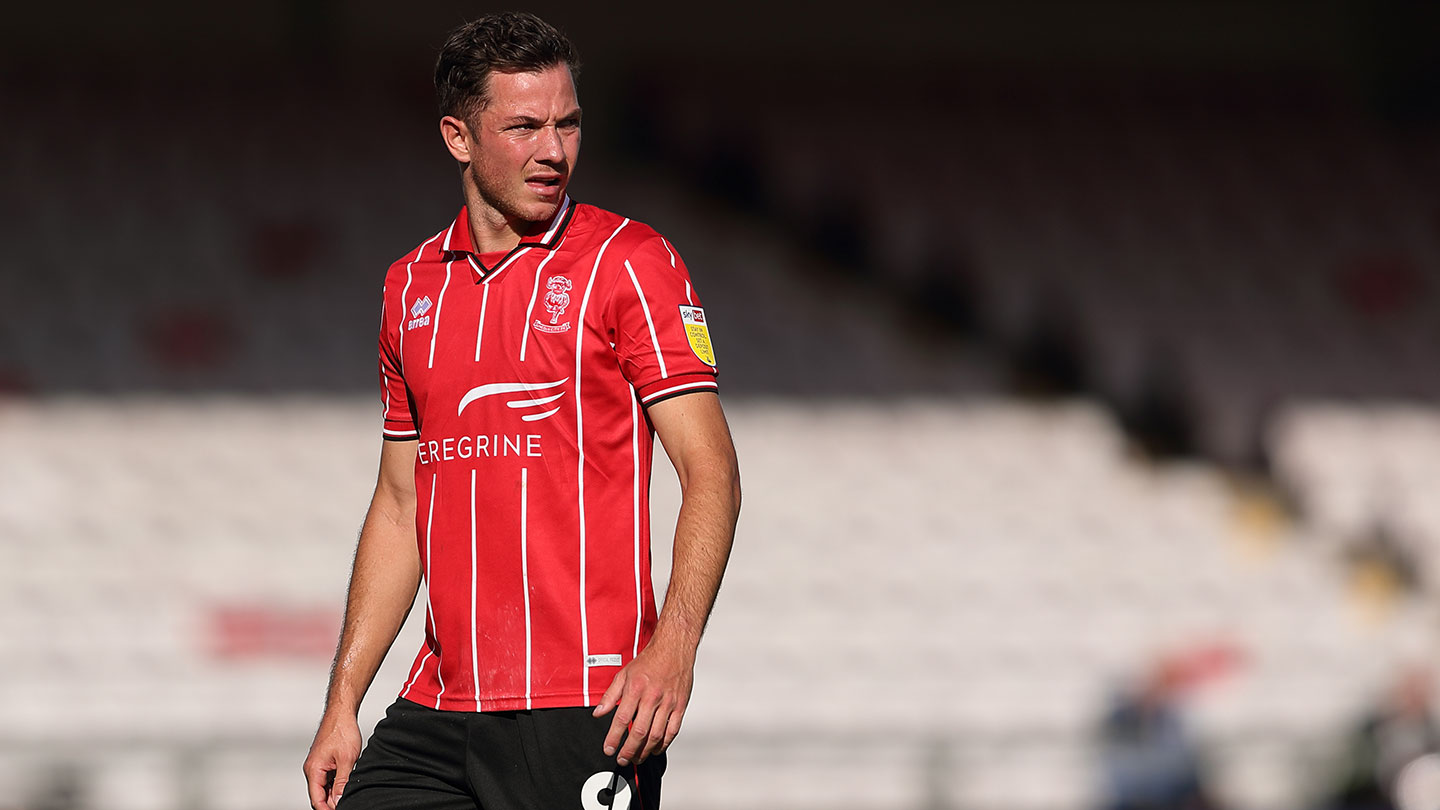 Town bow out of the Papa John's Trophy.

Shrewsbury Town failed to progress into the next round of the Papa John’s Trophy at the expense of Michael Appleton’s Lincoln City.

The opening exchanges saw some intense pressing from Town, determined to not allow Lincoln time on the ball high up the field, or play out from the back.

Town’s early pressure had the Shrewsbury faithful applauding as Scott High expertly dispossessed Lincoln’s Zack Elbouzedi in the middle and they were able to get on the front foot.

However, it was the away side who created the first major opportunity of the game. Elbouzedi latched onto a cross which was hoisted to the back post. The midfielder met the ball well and the Imps would have found themselves a goal to the good if it wasn’t for a big outstretched glove of Harry Burgoyne.

Moments later, the away side had another chance to break the deadlock. Anthony Scully stepped up and bent a free-kick, around 20 yards out. It was the far post to Town’s rescue as his effort clipped the top right corner and went out for a goal kick.

Anthony Scully then made sure that the deadlock was broken- the two brightest players on the pitch, Elbouzedi and Scully, linked up in the area and Scully made no mistake from just five yards, giving Shrews a job to fight back and grow into the game.

Shrews’ first effort came after 22 minutes. A wonderful turn out of danger from Jan Zamburek made space for him to drive into the area, the ball eventually found Scott High, who on the turn, teed’ the ball up for a fierce volley straight down the throat of Alex Palmer in the Lincoln goal.

Brighter football from Town as they started to work the ball wide, looking for the two central forwards, Jason Cummings and Shilow Tracey.

Tracey’s hold up play was starting to show signs of what new boss, Steve Cotterill, wanted from him. Moving more centrally, Tracey had, on many occasions, been able to turn his man and get Town on the front foot. So far, it was just the lack of a finishing touch that was separating Shrews from getting back into the game.

Another break on the counter saw the Imps double their lead on the 40th minute. Harry Anderson burst down the right and hung a ball to the back post where, unmarked, Elbouzedi, headed into the ground and into the Town net.

Tracey then was able to half the deficit when an incisive ball through by Cummings put the chance on a plate and the Town forward made no mistake, sending the ball into the far corner. The first time the front two had properly linked up around the area and it paid off for Tracey, who is starting to enjoy scoring goals in the Papa John’s Trophy.

The second-half kicked off with Town on the front foot. Looking to get back into the game, this was expected and the likes of Sean Goss, Dave Edwards and Zamburek were starting the Town attacks to try and get the hosts back into the game.

Lincoln have been a clinical side this season, and that proved as in the 66th minute, Brenan Johnson spurred an Imps attack after winning the ball with a slide tackle and evading the follow-up from Dave Edwards. With his drive forward, were the piling pack of Imps and when the ball found its way into the area, Remy Howarth twisted and slotted the ball past Burgoyne to make restore the away side’s two-goal lead.

The away side added a fourth from the penalty spot on the 78th minute. Ro-Shaun Williams brought down Anderson in the box and substitute Jorge Grant stepped up and found the bottom left corner to make it 4-1.

Tickets for Town's game against Lincoln City in the Papa John's Trophy are now on sale to season ticket holders and registered Shrews supporters. Due to COVID-19 restrictions, supporters are encouraged to purchase their tickets online.

If supporters are unable to purchase online, tickets can be obtained from the Salop ticket office at the following times: 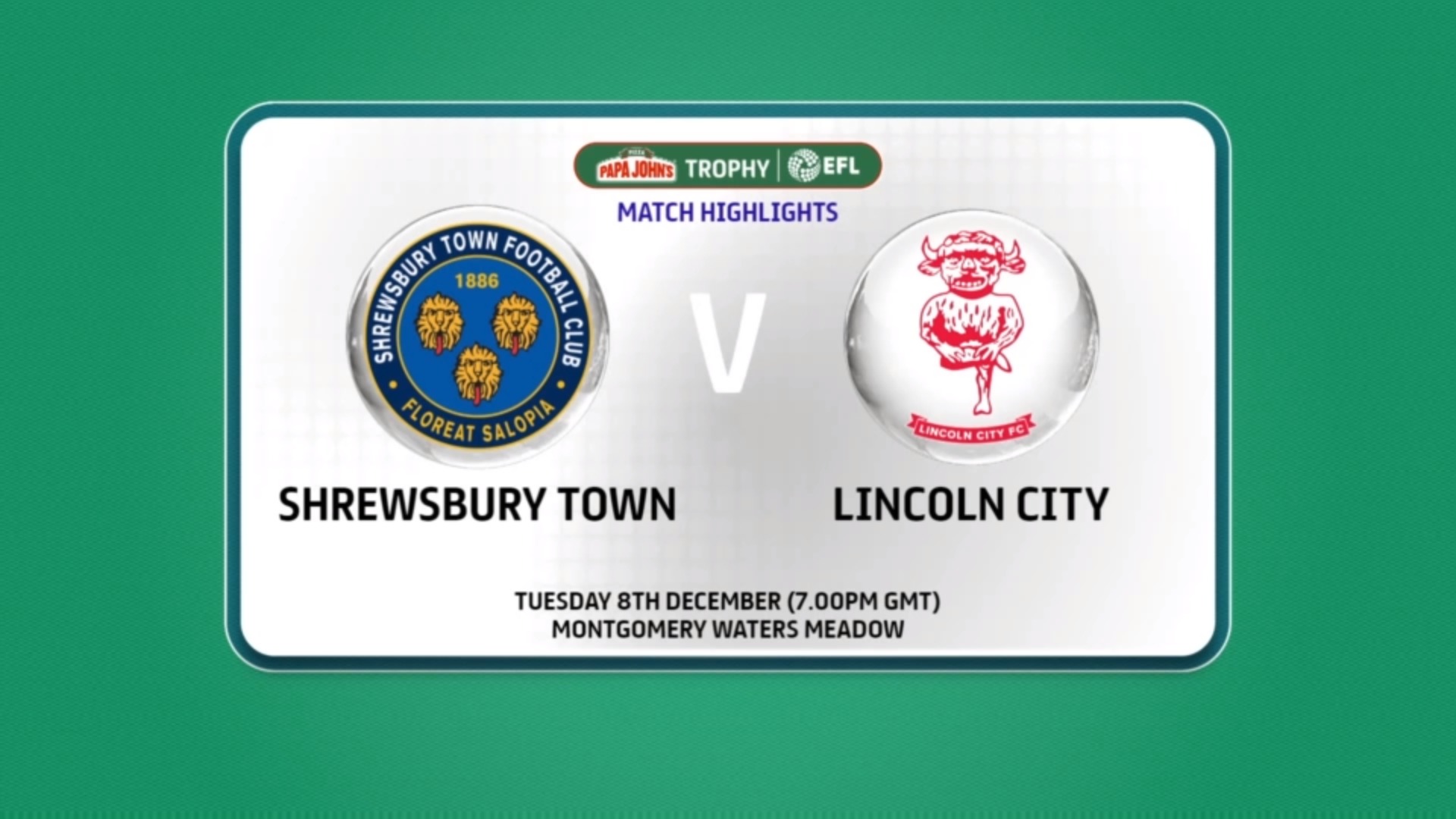 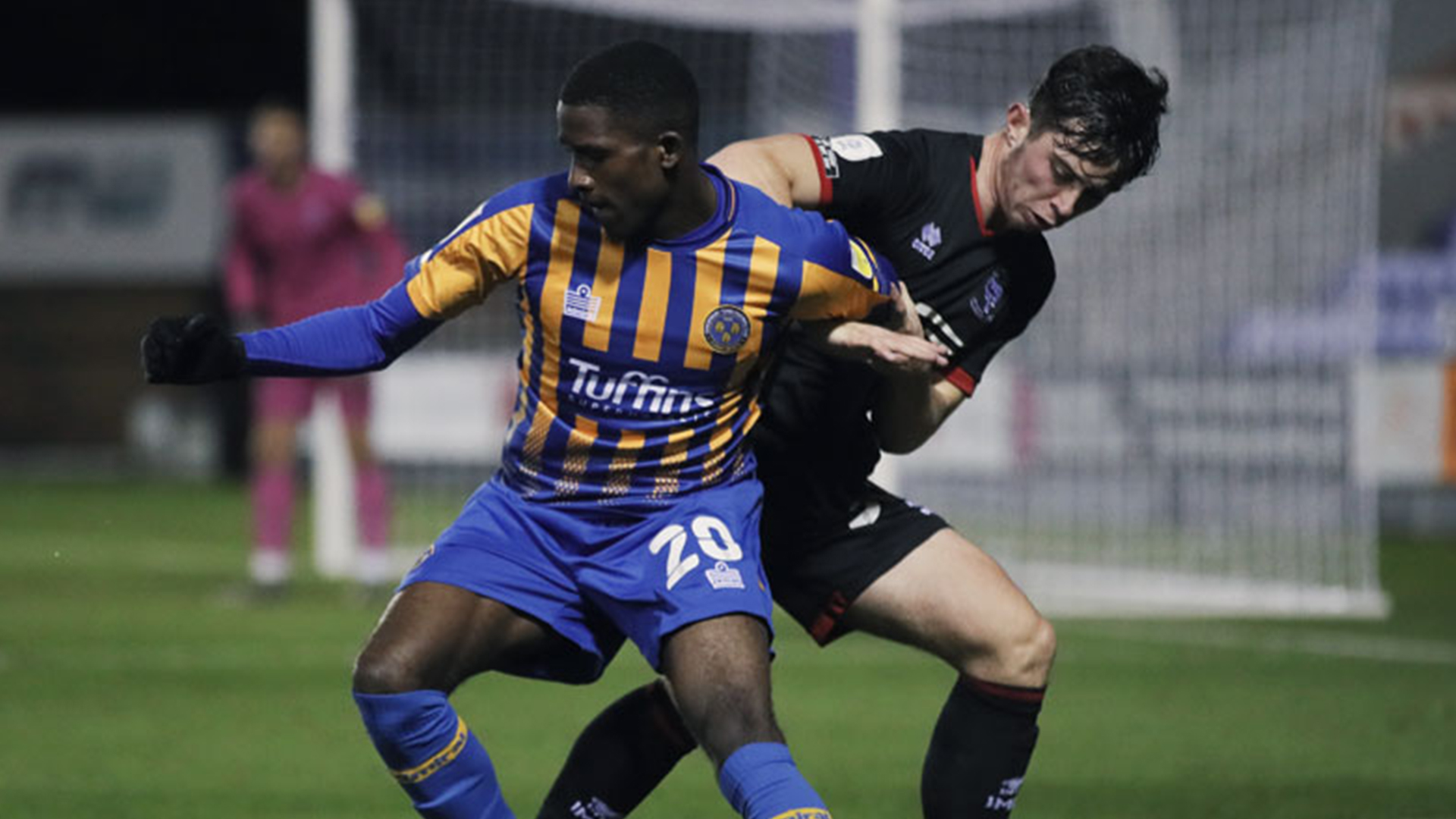 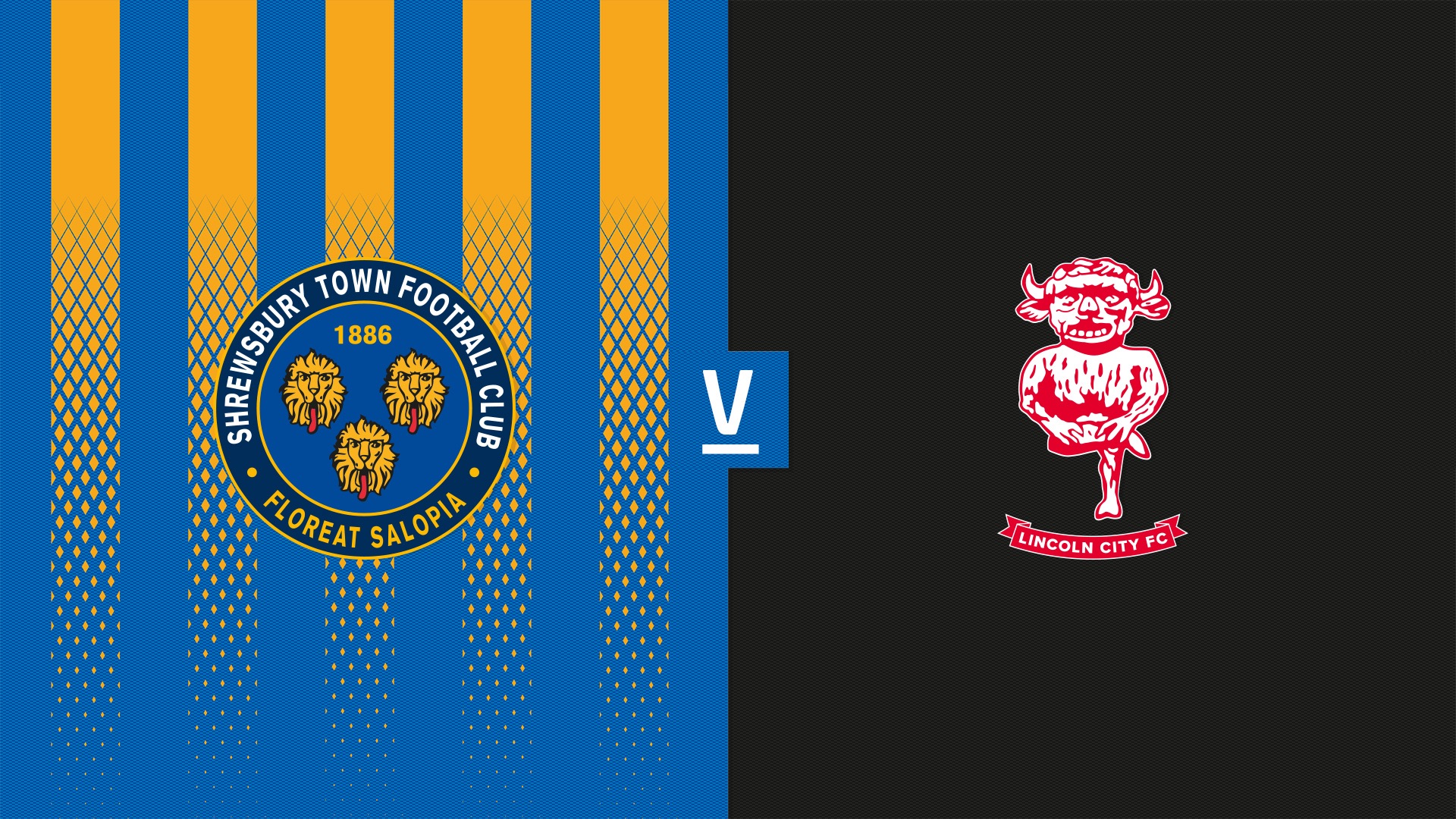