Take a closer look at the latest stats and facts in our match preview ahead of Town's Sky Bet League One clash with Accrington Stanley.

Accrington Stanley have enjoyed a stellar first half to the Sky Bet League One season as John Coleman's team sit in sixth position - one place above league favourites Sunderland. With 45 points on the board already, the home side will provide a stern test for Salop as Steve Cotterill's men look to earn a third consecutive win.

With Dion Charles at the top end of the league scoring tree, the Salop defence will face a tough afternoon as Accy looks to solidify their position in the play-off places. However, Salop will be feeling confident going into the tie after victories over Swindon Town and Sunderland AFC. 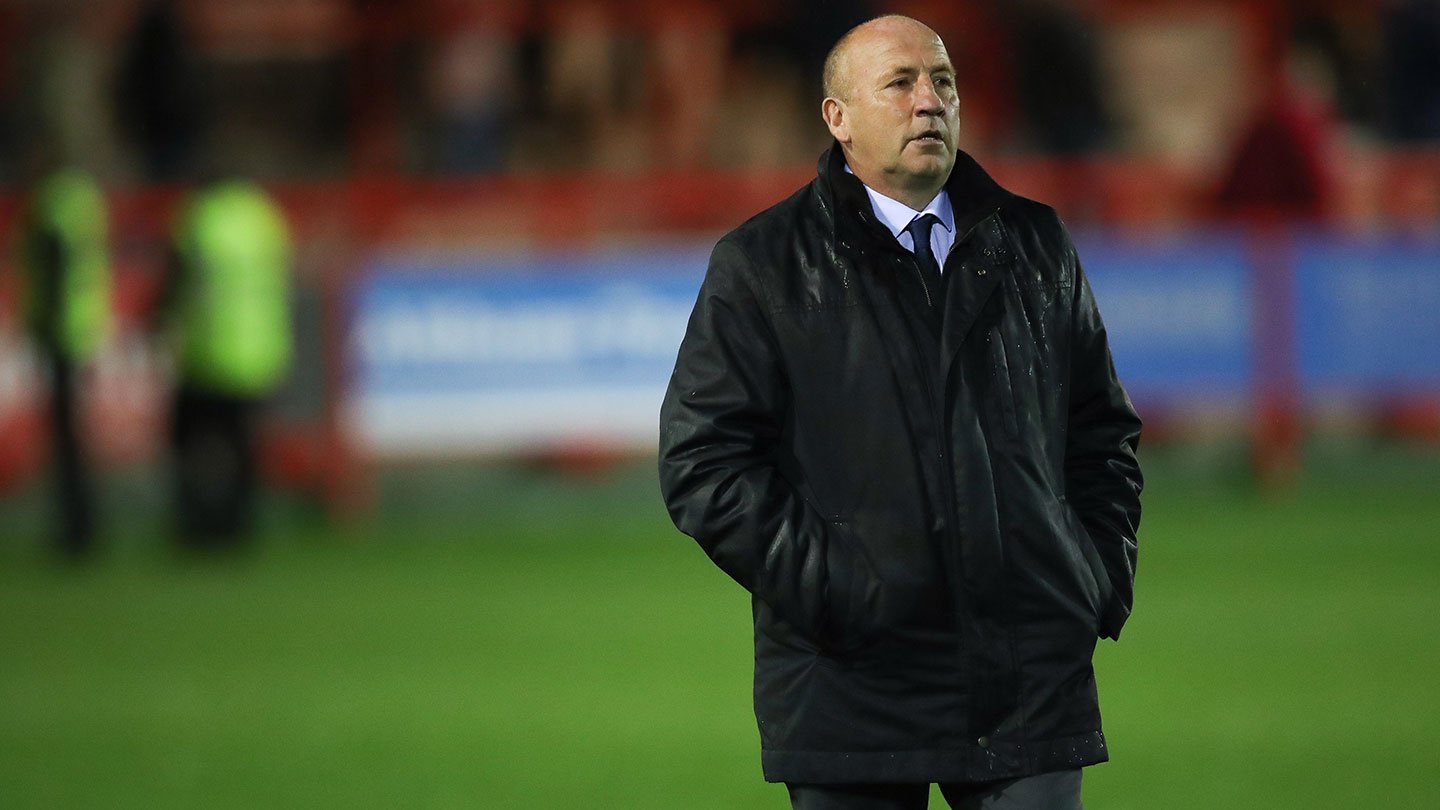 Prior to making the move to the Wham Stadium, Baxter enjoyed loan spells with Metropolitan Police, Solihull Moors, Woking, Yeovil Town, and Ross County. Since joining the Club, the shot-stopper has nailed down the number one spot as he looks to earn game time away from Stamford Bridge.

Dion Charles joined Stanley in the summer of 2019 from Southport for an undisclosed fee.

The striker began his career with Blackpool and has enjoyed spells with AFC Fylde and Fleetwood Town. Charles is enjoying a stellar season with Stanley having found the net on 13 occasions. The forward has also represented Northern Ireland at under-21 level. 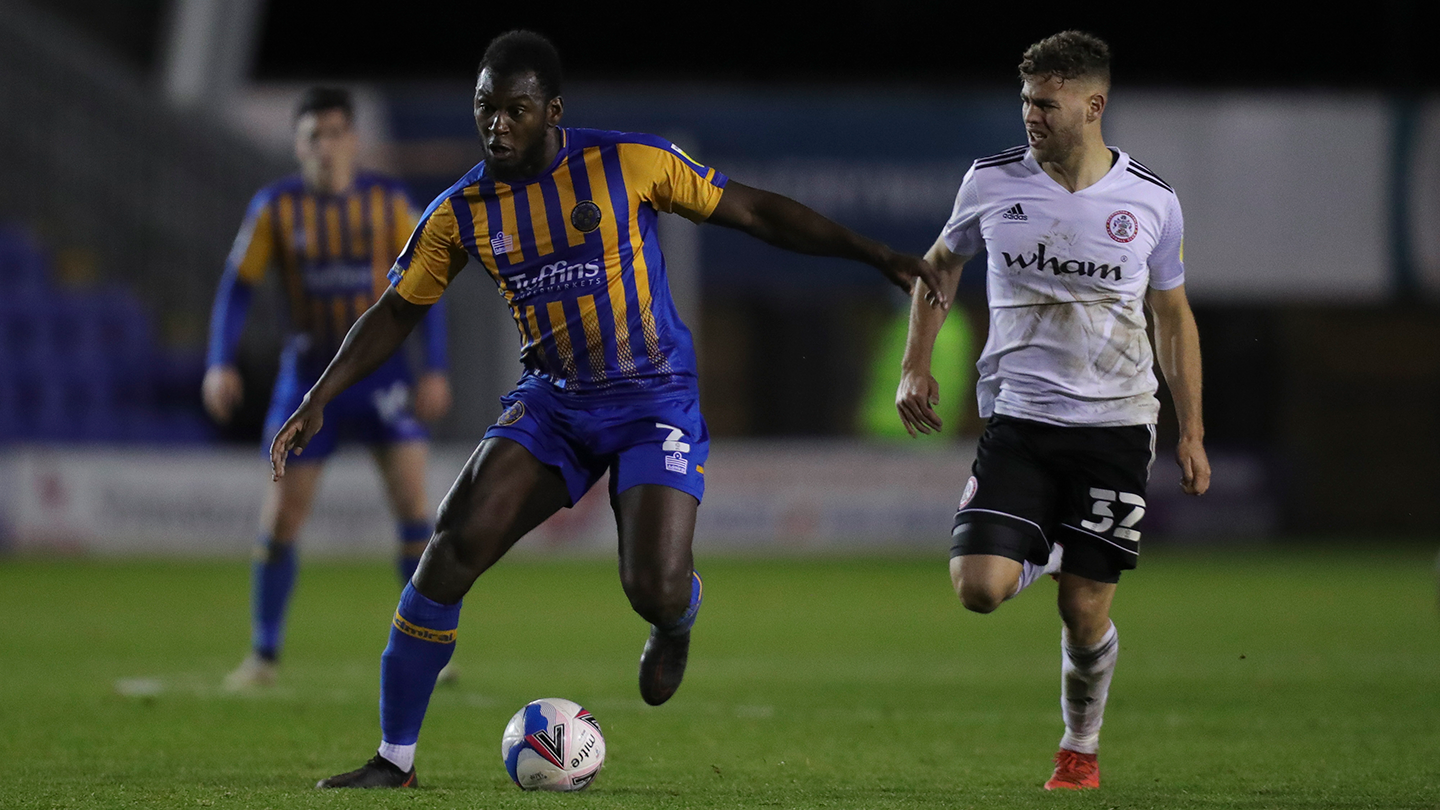 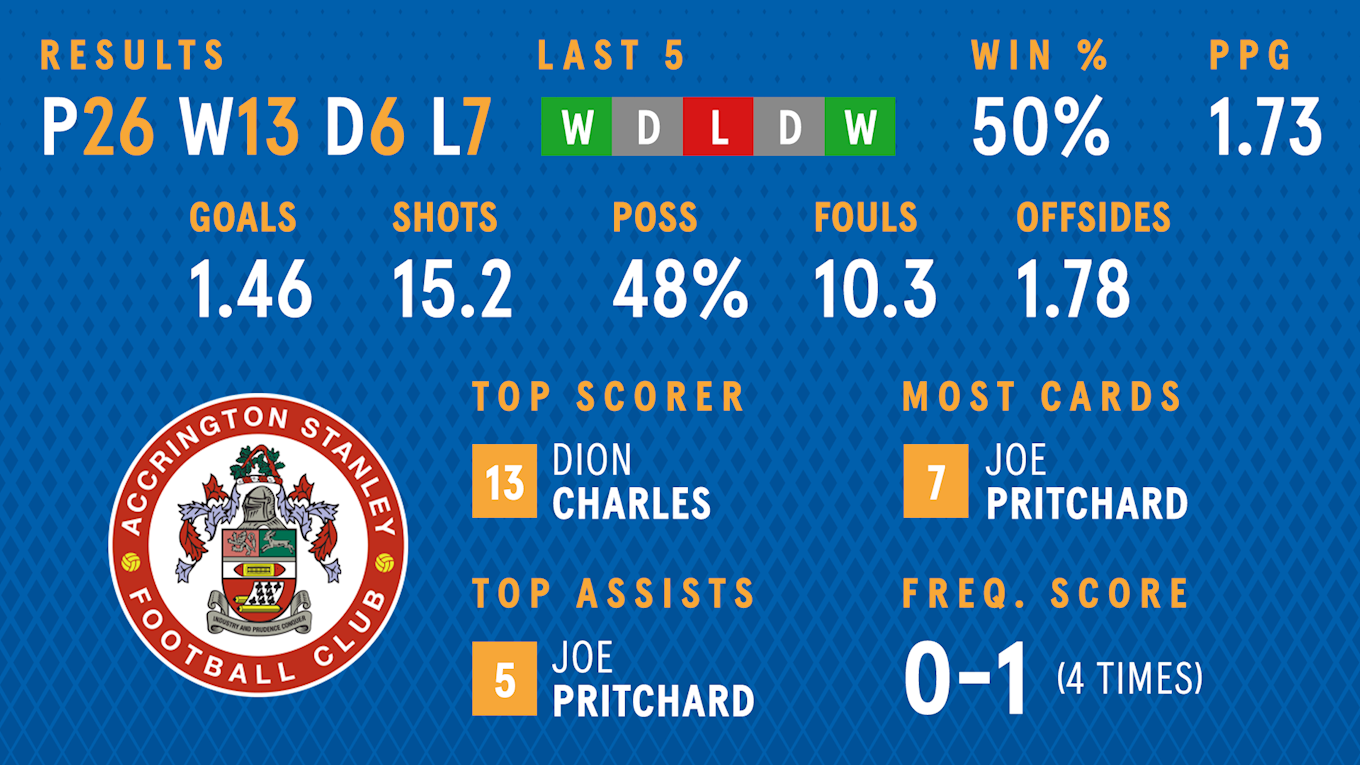 Click the banner below to purchase your streaming pass for the weekend's fixture...

Shrewsbury Town earn another point on the road at the Wham Stadium.

Shrewsbury Town's afternoon in Accrington ended with both teams earning a point after the Shrews fought back in the second half.

Shaun Whalley was the man on hand to score late in the half to ensure Aaron Wilbraham and the Town squad took a point back to Shropshire.

A tightly contested first 15 minutes saw both teams battling to earn a spell on the ball - with neither team able to dominate possession. However, Josh Vela nearly managed to give Salop an early lead. His powerful shot from outside the box found its way on target but Nathan Baxter made a great save to deny Town's midfielder.

Accrginton's best chance of the first half came just short of the 30-minute mark. Paul Smyth found himself bearing down on goal without challenge but Williams recovered well to get his body in the way of a close-range shot.

Shortly after the second period resumed, Conneely found the net for the home side. The Stanley captain caught the ball on the volley from outside the box as John Coleman's side saw the ball whistle past Sarkic and into the back of the net.

Town continued to push for an equalising goal but found it tough against a resolute Stanley defence. However, Salop did make the breakthrough in the 77th minute. Shaun Whalley got on the end of a loose ball in the box and managed to poke home from close range to bring the two sides level.

The fixture ended all square with Town earning a comeback draw against an in-form Stanley side at the Wham Stadium.

Seamus Conneely was shown the first yellow card of the game in the 43rd minute for a foul on Sean Goss in the middle of the park.

Ben Barclay was next in the book just before half-time for a foul on Town forward Curtis Main.

Curtis Main was shown a yellow card in the 56th minute for a foul in the home side's final third.

Match passes are now available to purchase for Town's Sky Bet League One away clash with Accrington Stanley.

iFollow passes are now available for supporters who are wanting to watch Town's Sky Bet League One fixture against Accrington Stanley! 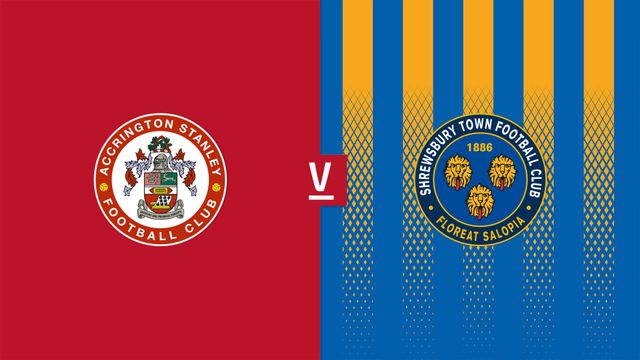 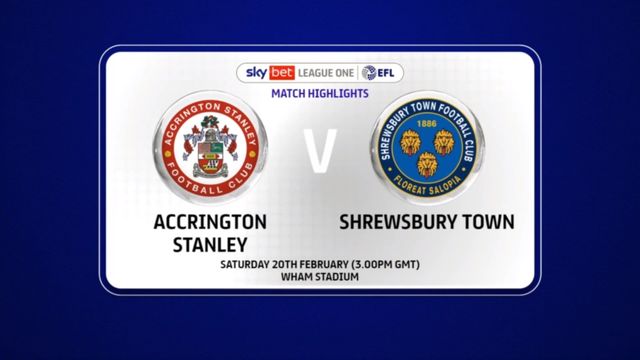 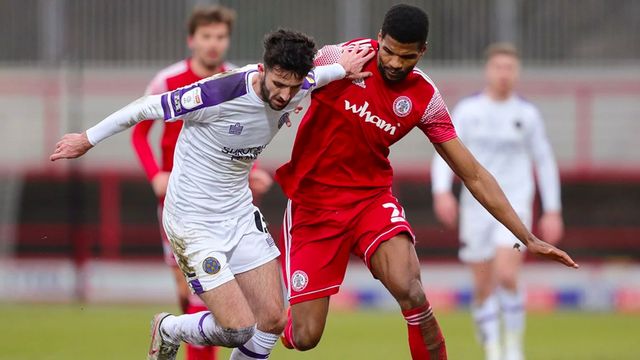