Take a closer look at the latest stats and facts in our match preview ahead of Town's Sky Bet League One clash with Bristol Rovers.

Bristol Rovers have endured a difficult first half to their Sky Bet League One season as they find themselves currently occupying a relegation place in 21st position. However, there is hope for the Gas as Joey Barton joins the club as their new manager as they look to steer clear of the relegation places.

With a squad full of quality, Salop will be preparing for a tough test at the Memorial Stadium as Steve Cotterill's men look to make it five games unbeaten. With Brandon Hanlan leading the line, Town will have their work cut out as they look to take a result back to Shropshire.

Nickname: The Gas or The Pirates

Joey Barton took charge of his first game with Bristol Rovers during mid-week but it wasn't the dream start the former Fleetwood Town Gaffer would have hoped for as his new team lost out to Wigan Athletic.

Barton's managerial career began with Fleetwood in June 2018 following his retirement from playing a year earlier. However, Barton was relieved of his duties with the Cod Army in January 2021 - leaving the Club with a win percentage of 39.8.

A former midfielder, Barton spent the majority of his playing days in the Premier League - most notably with Manchester City, Newcastle United, and Queens Park Rangers. As well as this, the England international spent time with Marseille in France and with Rangers in Scotland. 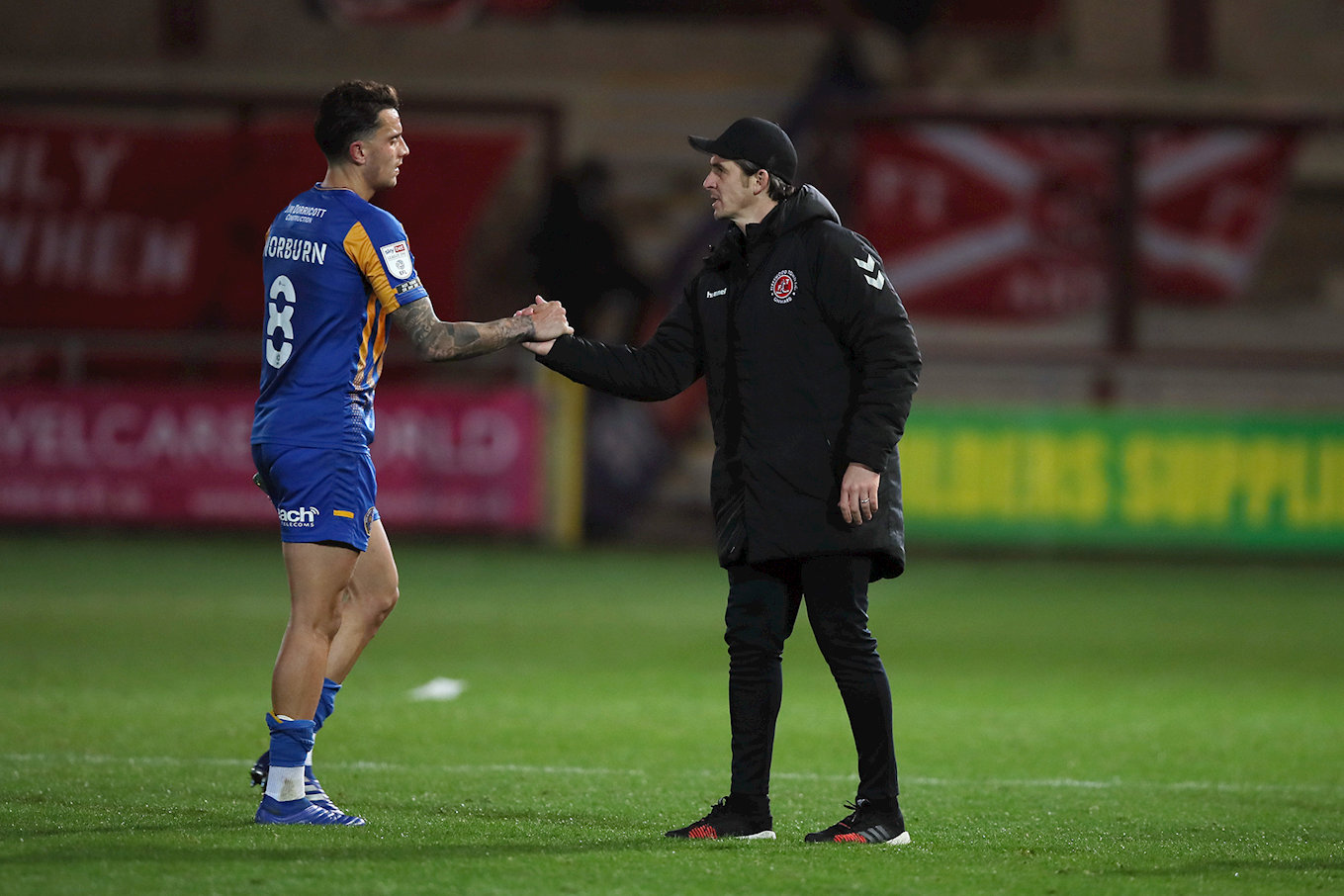 Joe Day joined the Gas on loan from Cardiff City in early January 2021.

The goalkeeper, formerly of Newport County, joined the Gas for a spell until the end of the season, providing cover for an injury to Anssi Jaakkola.

The defender joined the Gas on a permanent basis in January 2020, arriving from Swansea City.

Harries’ youth career started at Aston Villa, where he joined at the age of seven but on his release at the age of 14, he joined the Coventry City academy. The defender rose through the ranks with the Sky Blues and signed professional terms in 2015.

Most recently, the defender has gained experience in the Dutch top-flight during a loan spell with Fortuna Sittard, making eight appearances and scoring his first professional goal. Following his move to the Gas, Cian had three run-outs for Rovers before the 2019/20 campaign was cut short.

Former Town loanee, McCormick joined the Gas on a season-long loan from Chelsea in the summer of 2020. The 22-year-old is enjoying life with the Gas and managed to net his first goal for the club in Rovers' 3-0 triumph over Plymouth Argyle in December 2020.

The midfielder joins the home side with good pedigree as the Suffolk-born playmaker joined Chelsea just aged six.

Hanlan joined the Gas just prior to the opening game of the 2020/21 season.

Hanlan made his professional debut for Charlton Athletic back in 2016, the club he joined in 2012 at academy level, coming on late on in a Sky Bet League One tie against Bury. The following season, Hanlan began a string on loan spells to kick on his development with first-team experience, picking up game time at Colchester United and Bromley.

Following his release from Charlton at the end of the 2018 season, Hanlan signed with Gillingham. In his debut campaign for the Gills, the forward found the net on 9 occasions and was awarded Young Player of the Season. He followed that season up with 7 goals in 40 across all competitions, before completing a switch to the Gas in the summer. He now takes the number 9 shirt under Ben Garner for the 2020/21 season. 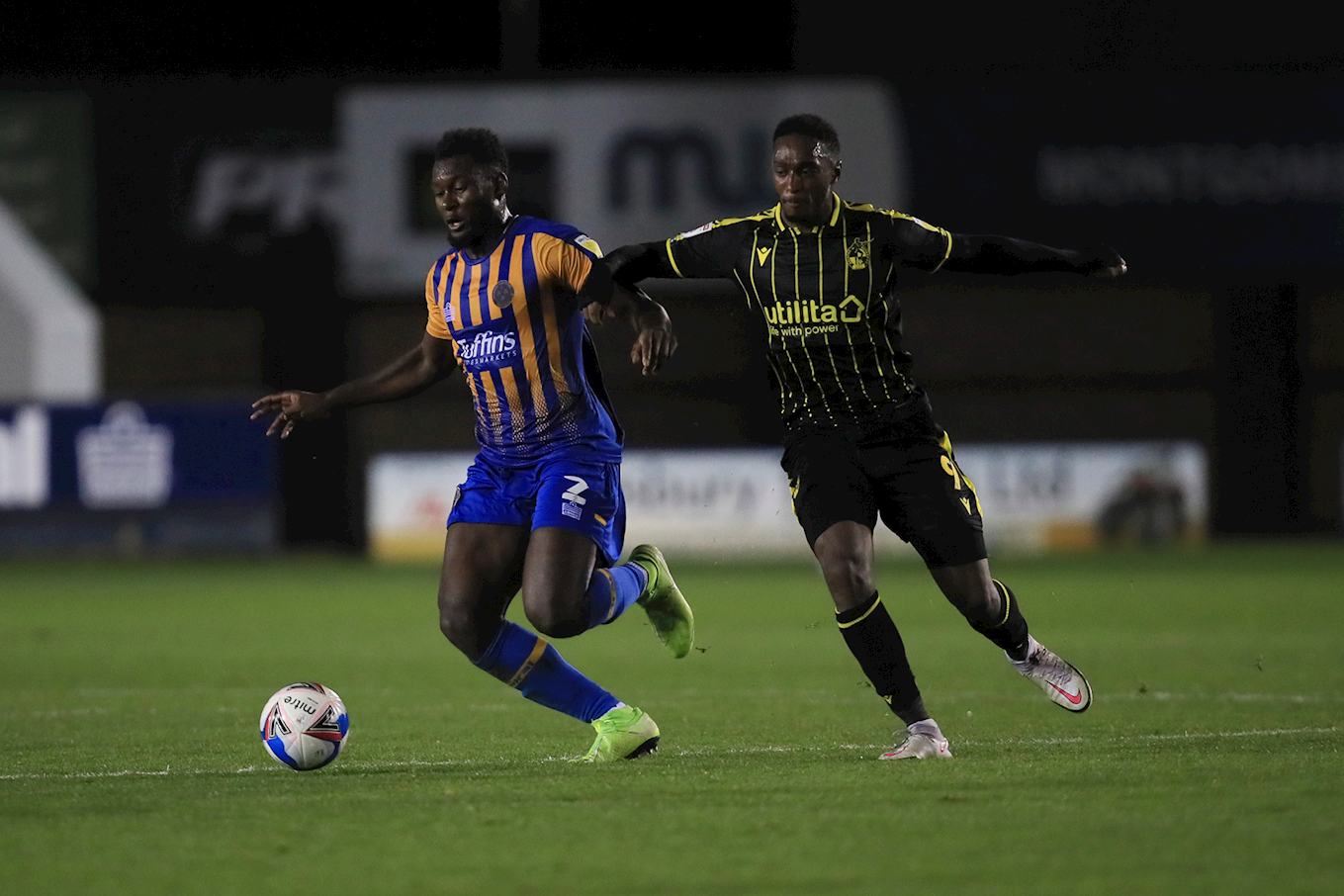 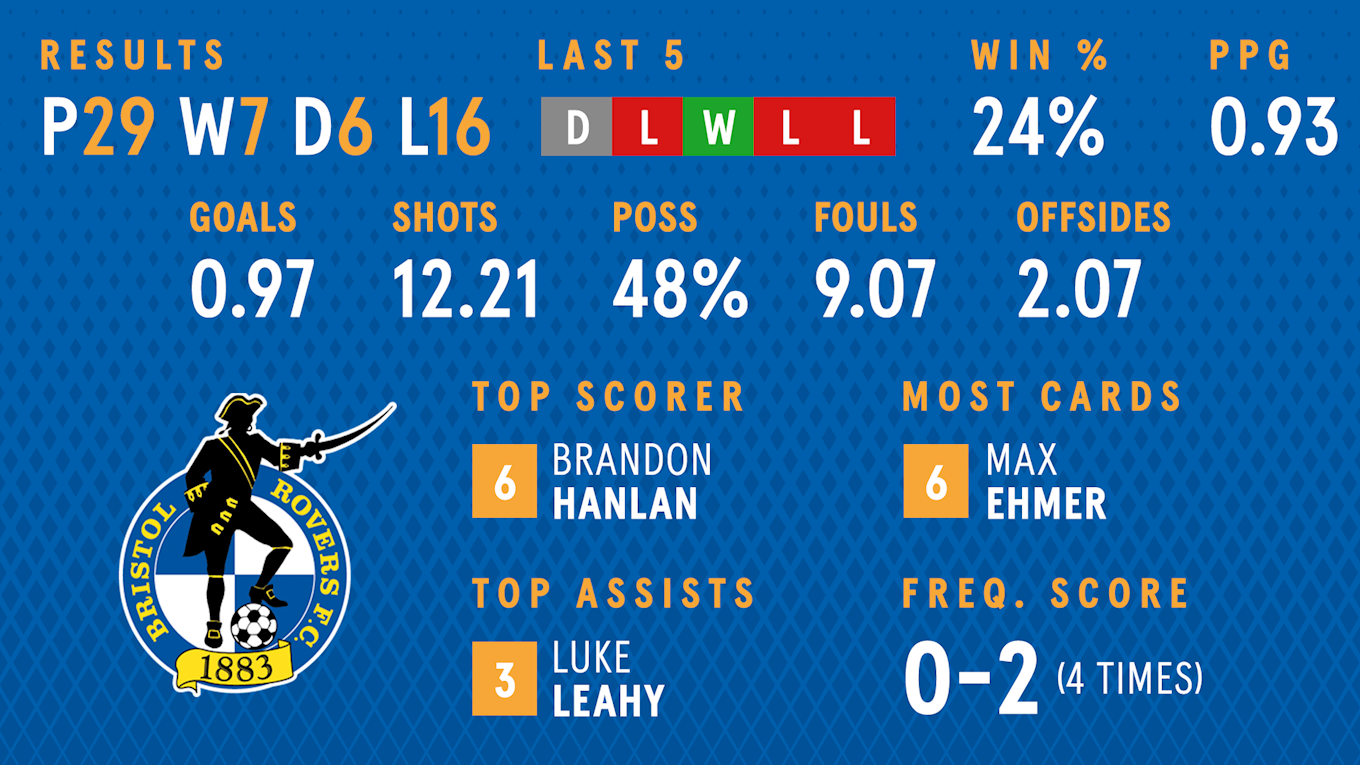 Town's afternoon in Bristol ends in defeat against Bristol Rovers.

Town's afternoon at the Memorial Stadium ultimately ended in disappointment as Bristol Rovers secured a 2-1 win.

In a tightly contested and physical game, Joey Barton's men came out on top and secured all three points after goals from Luke Leahy and Brandon Hanlan.

It was the home side who broke the deadlock with one minute left in the half. Former Salop man Alex Rodman worked the ball well dribbled into the Town box to pick out Luke Leahy with a driven cross. The Gas number three had the simple task of tapping home from close range to earn the advantage.

With a similar run, Harry Chapman nearly calved out an opportunity for his team. The winger also worked the ball well into the box with a mazy run but his cross was well intercepted and the ball was cleared. His action was the last meaningful contribution of the first 45 as the home side took their lead into the break.

Brandon Hanlan doubled the home side's lead on the hour mark with a smart finish into the bottom far corner of the net. The forward carried the ball towards the box and guided an effort along the ground and past Matija Sarkic to net Joey Barton's side a second.

Town continued to fight and were challenging for every ball. However, the Rovers backline proved to be difficult to breakdown. The home side remained resolute and made it hard for Town to have a sustained period of pressure in the final third.

In the dying moments of the game, Town managed to find the back of the net. David Edwards beat his man and smartly played the ball across the box. Dan Udoh was in place to tap home to half the deficit.

Through no lack of effort from the Salop 11, the home side saw the game out with their one-goal advantage intact.

Match passes are now available to purchase for Town's Sky Bet League One away clash with Bristol Rovers.

iFollow passes are now available for supporters who are wanting to watch Town's Sky Bet League One fixture against Bristol Rovers! 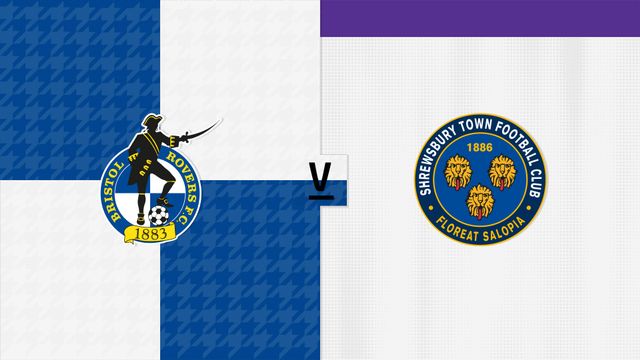 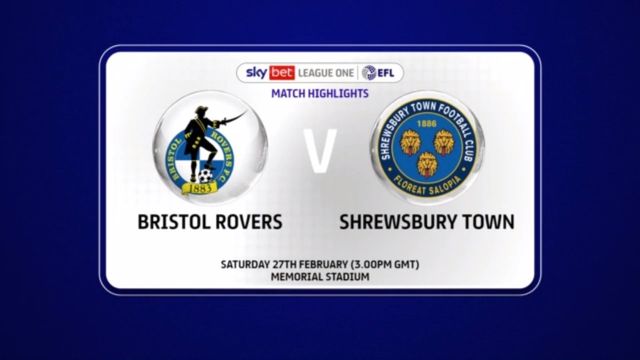 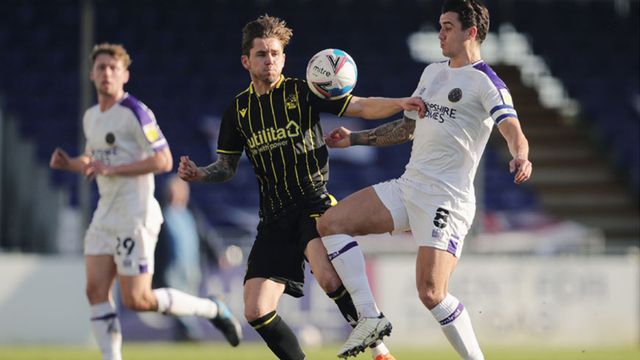