Take a closer look at the latest stats and facts in our match preview ahead of Town's Sky Bet League One clash with Swindon Town.

Shrewsbury Town are back on the road this weekend as the Salop squad face off with 19th place Swindon Town. The Robins come into the fixture off the back of a 1-0 win against Wigan Athletic - a positive result that earns the home side their first league win in their last five attempts.

Town will be looking for a return to winning ways against the hosts after suffering a narrow 1-0 defeat at the hands of Crewe Alexandra at Montgomery Waters Meadow last time out. However, with Brett Pitman leading the line, Town will be given a stern test in keeping the home side at bay - as the striker looks to help the Robins record consecutive wins.

John Sheridan began his managerial career back in 2001 when he took up the role of co-caretaker at Oldham Athletic whilst still playing for the club. The former midfielder was eventually appointed as the permanent manager a few years later in 2006 and remained in the job for three years.

The Irishman has taken charge of 11 different sides throughout his coaching career to this point including three separate spells in charge of Oldham. Sheridan was let go by Wigan after 15 games in 2020, following this disappointment he was appointed by Swindon in November making it the fourth club he took charge of during the 20/21 season after spells with Chesterfield and Irish side Waterford earlier in the year.

His managerial honors include a League Two title with Chesterfield in 2010/11, and the Football League Trophy in the 2011/12 season.

The 21-year-old Irishman joined the club in the January 2021 transfer window on loan from Championship side Bournemouth. He has made six appearances since joining the club - keeping one clean sheet in that time.

Previous to this, he made nine appearances for his parent club Bournemouth but has been called up to the Irish National team where he has earned two caps after progressing through his nation's at youth teams. 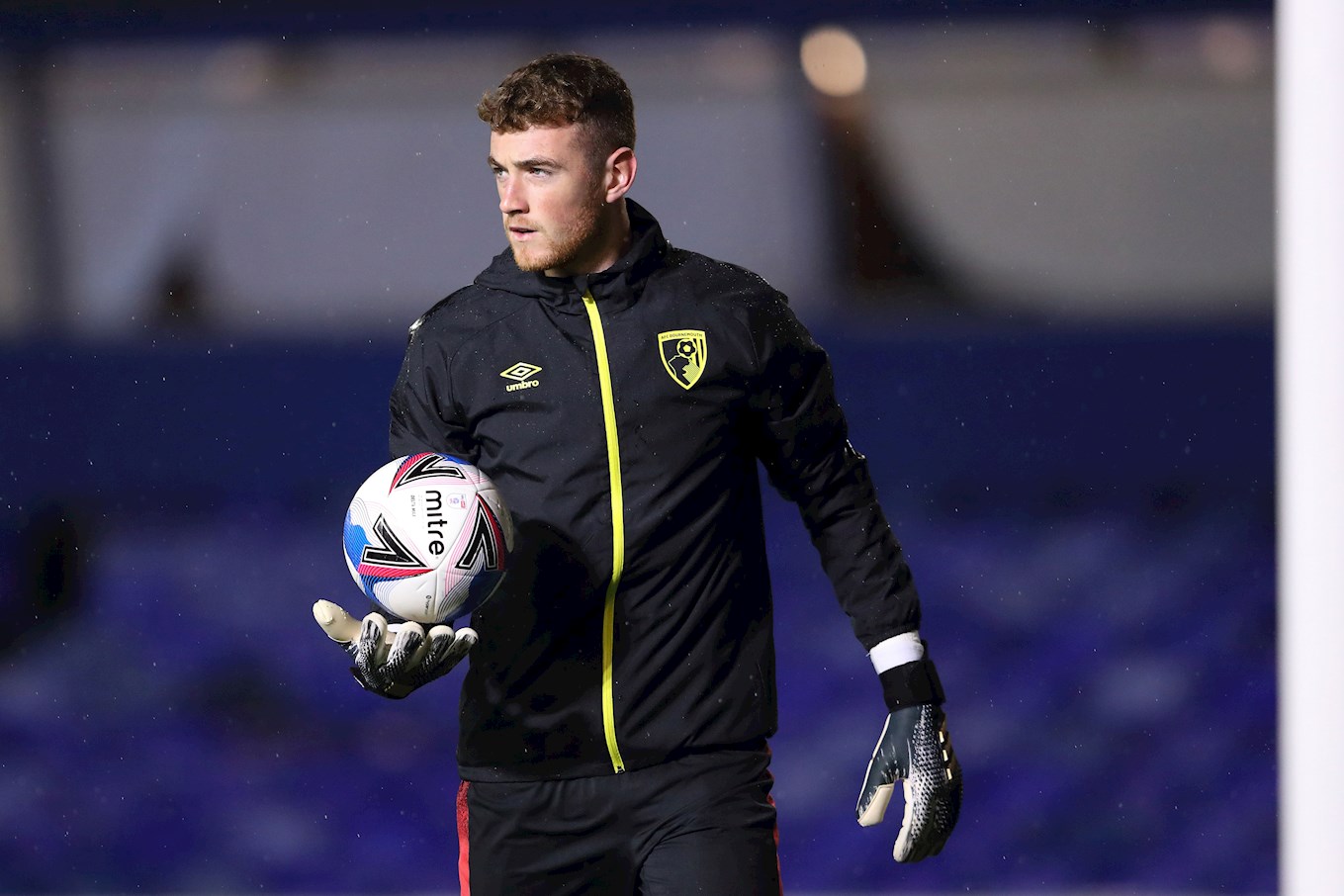 The versatile right-back, who can also play as a centre-back has been a mainstay at the back for Swindon so far this season playing 19 times - 17 of those being starts. The 21-year-old spent his youth career with Reading before loans at Hungerford Town and Waterford in the Republic of Ireland.

The Englishman joined The Robins in August 2020 and has made 23 appearances in total for the club but is still in search of his first goal for his new team.

Hallam Hope will provide a great deal of attacking threats from a number of positions for the home side. The ma Barbados international is right-footed and likes to play off the left but can also operate down the middle for his side - this has led to four goals and two assists so far this season.

The 26-year-old began his career with Everton and has had a number of loan spells away from the club but never managed to break through for the Toffees. His most noticeable spell came at Carlisle United where he joined on a free transfer back in 2017 playing 123 games scoring 31 goals. Hope then joined Swindon in January of last year on a permanent deal. 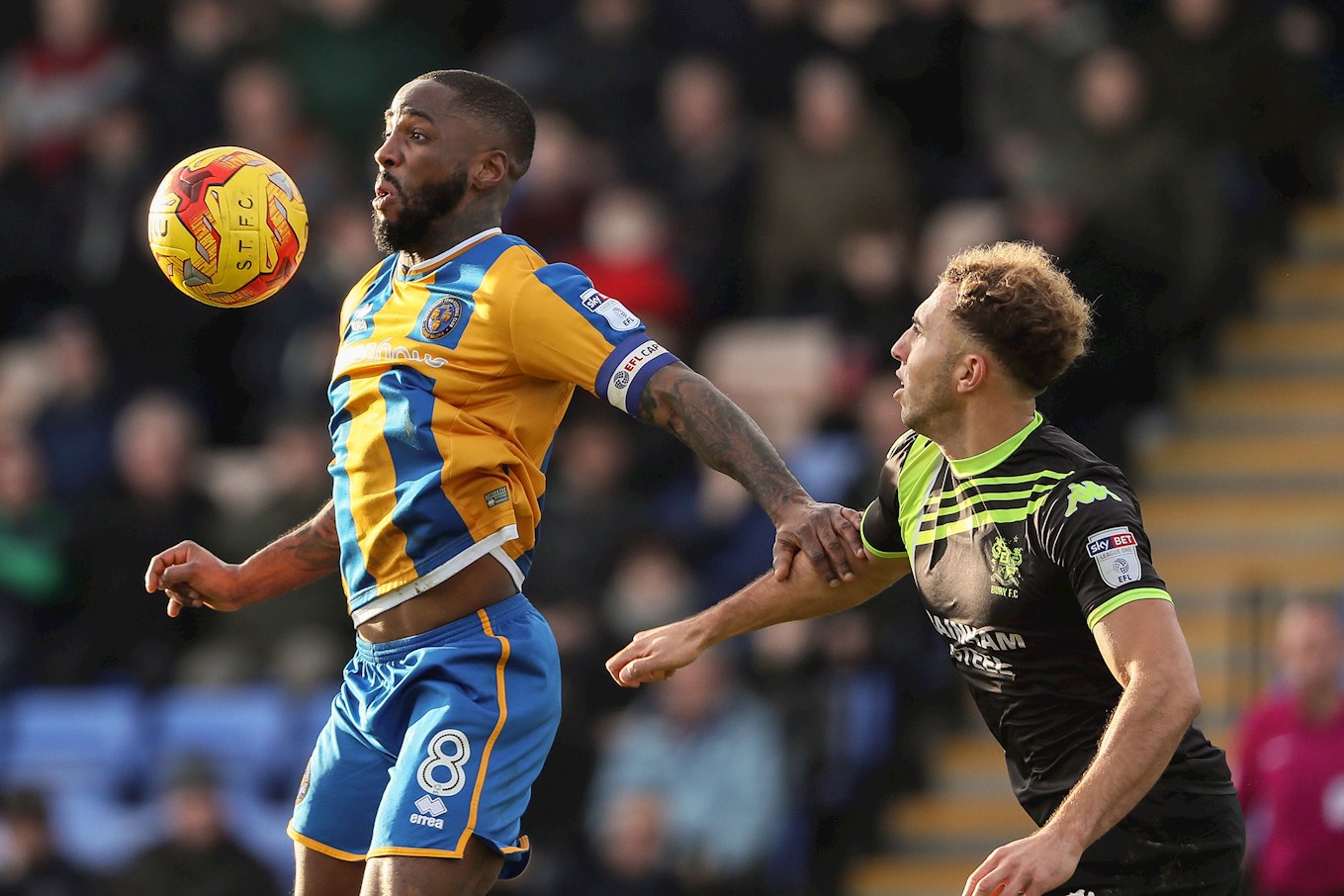 Pitman, now 33, joined Swindon in August 2020 following a three-year spell at Portsmouth where he was prolific in front of goal scoring 42 times in 99 games for Pompey. The Englishman has scored a total of 184 goals in his senior career - much of those came for fellow south coast side Bournemouth.

Since joining Swindon, Pitman has notched four goals in his 18 appearances for the club, with only eight of them being starts. The striker did find the net last time out against Wigan in what turned out to be the winning goal earning his side a valuable three points. 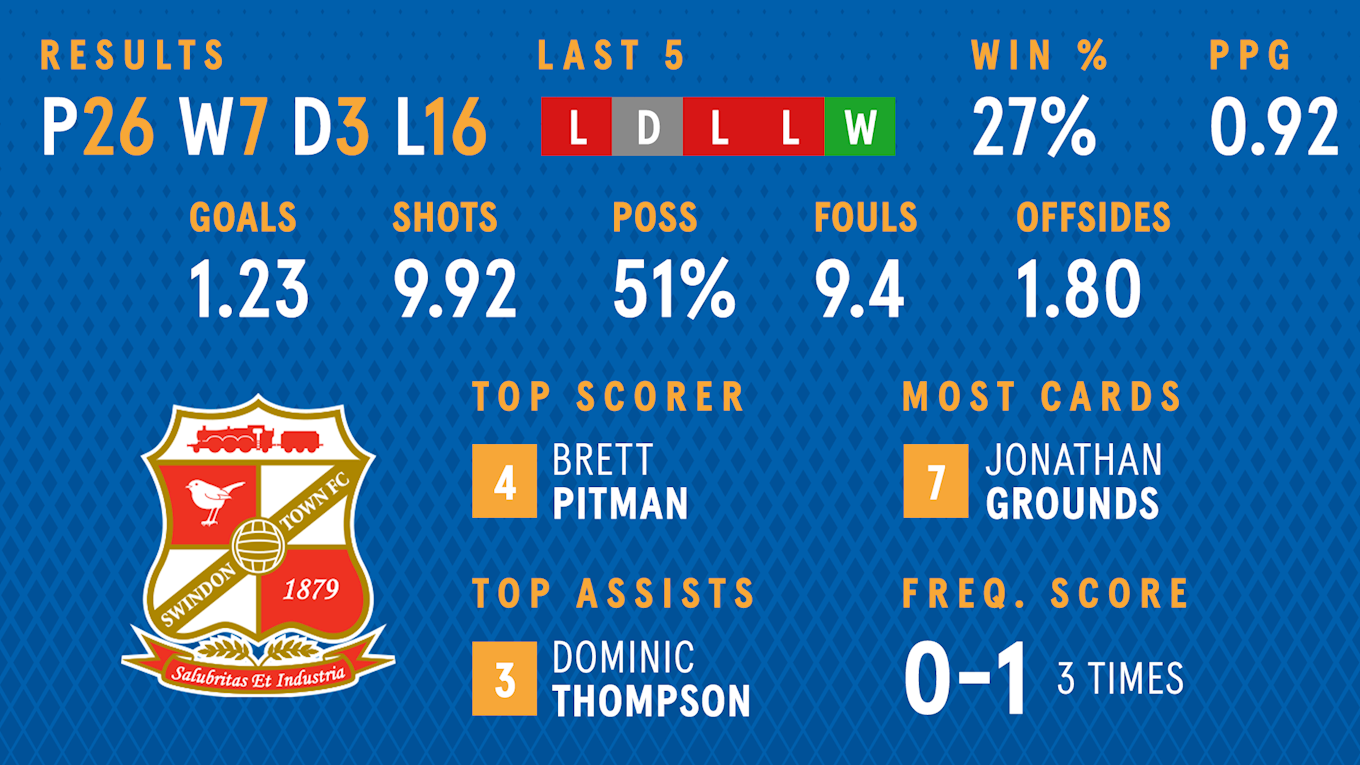 Town earn a 1-0 win away from home over Swindon Town!

Shrewsbury Town's trip to Wiltshire ended with Salop traveling home with all three points after earning a 1-0 victory over Swindon Town.

A dominant performance was topped off with a Harry Chapman wonder strike as the away side saw the game out well to earn the win.

Despite an interrupted start due to a clash of heads between Ethan Ebanks-Landell and Ro-Shaun Williams, Salop started brightly and dominated possession. Sean Goss came close for the Shrews when he was fed through on goal. The midfielder let off a shot but the angle was too tight and Mark Travers made a routine save.

The continual pressure finally told in the 34th minute when Harry Chapman's wonder strike put Salop in the lead. Curtis Main laid the ball off to the midfielder and his effort from outside the box nestled in the back of the net via the inside of the post.

Possession-based play continued as the half grew and it was Steve Cotterill's men who took the advantage into the break. The home side offered minimal threat and Town defended comfortably as they looked to build in the second period.

The home side improved as the half restarted and Brett Pitman nearly pulled the Robins level. The striker got on the end of a cross, beat Ogbeta in the air to make a solid connection with the ball but couldn't guide his effort on target as the ball drifted over the bar.

In a half with limited action, Town's defensive performance prevailed in the second period as the Salop men took home all three points.

Hallam Hope was shown a yellow card in the 73rd minute for a deliberate handball in the middle of the park.

Brett Pitman was shown a yellow card in the dying moments of the game for preventing a Salop counter-attack.

iFollow passes are now available for supporters who are wanting to watch Town's Sky Bet League One fixture against Swindon Town. 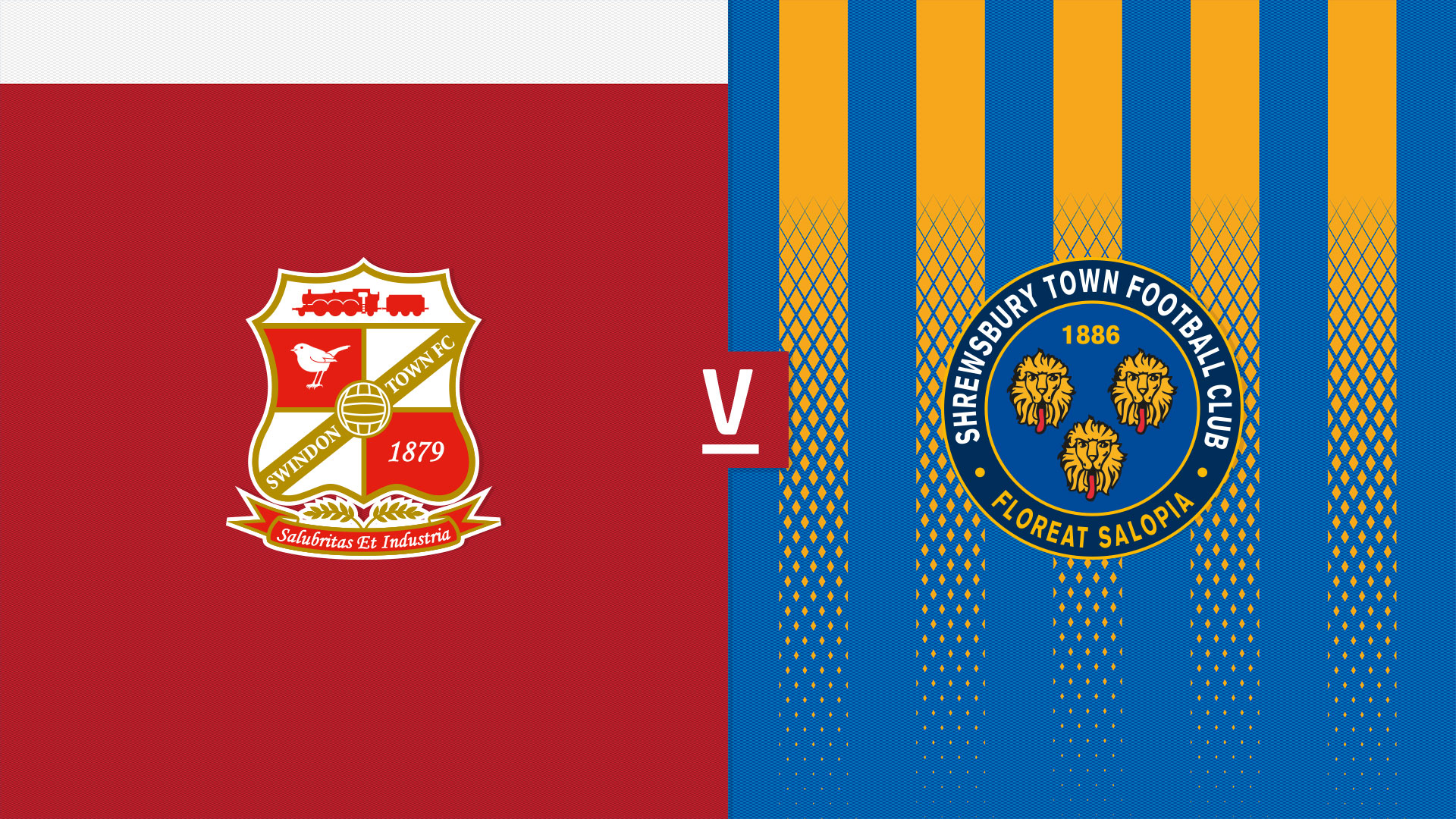 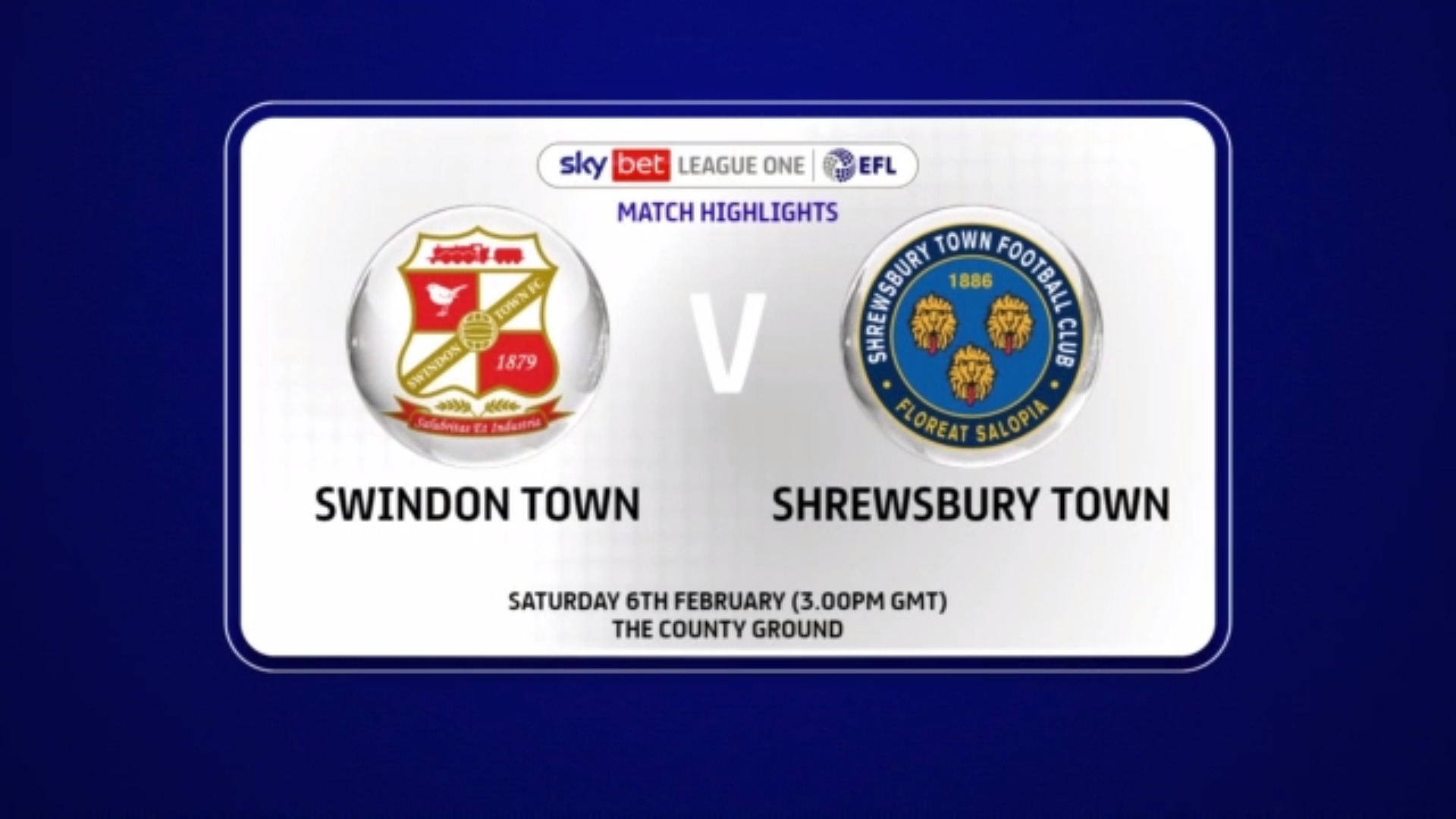 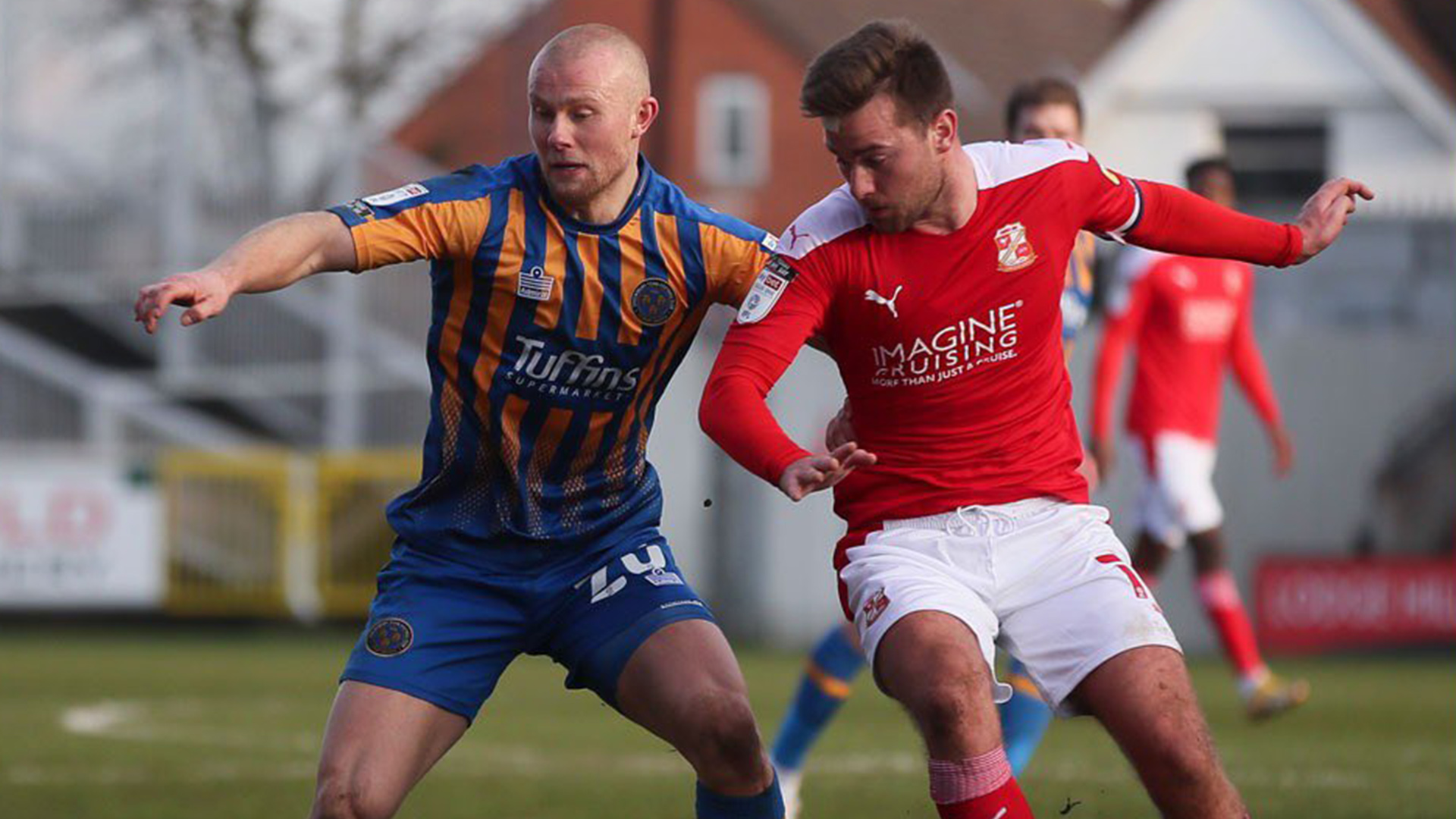