Charlton Athletic's first season back in Sky Bet League One following relegation from the Championship last year currently sees the Addicks sitting in eighth position in the league table - sitting just one point behind sixth-placed Portsmouth. Lee Bowyer's side will have aspirations of achieving promotion back to the second tier but face stern competition from Oxford City and Accrington Stanley who are chasing a spot in the top six - both teams sit just one point behind the London club.

The home side's form has taken a rise in the last three Sky Bet League One fixtures, having won two and drawn one. Chuks Aneke and Conor Washington lead the line for the home side, and the pair have notched a combined 22 goals this season.  However, Town also come into the fixture off the back of a 2-0 win over Rochdale away from home, as the Shrews look to string another set of positive results together.

Canning Town-born Bowyer started his playing career in SE7. After progressing through the club’s youth ranks, he made his first-team debut against Swindon Town in the Coca-Cola Cup on September 21st, 1994, with his league debut following four days later.

Charlton completed the loan signing of experienced goalkeeper Ben Amos from Bolton Wanderers on July 29th, 2017 and the keeper returned to the Valley for a second loan spell at the start of the season. 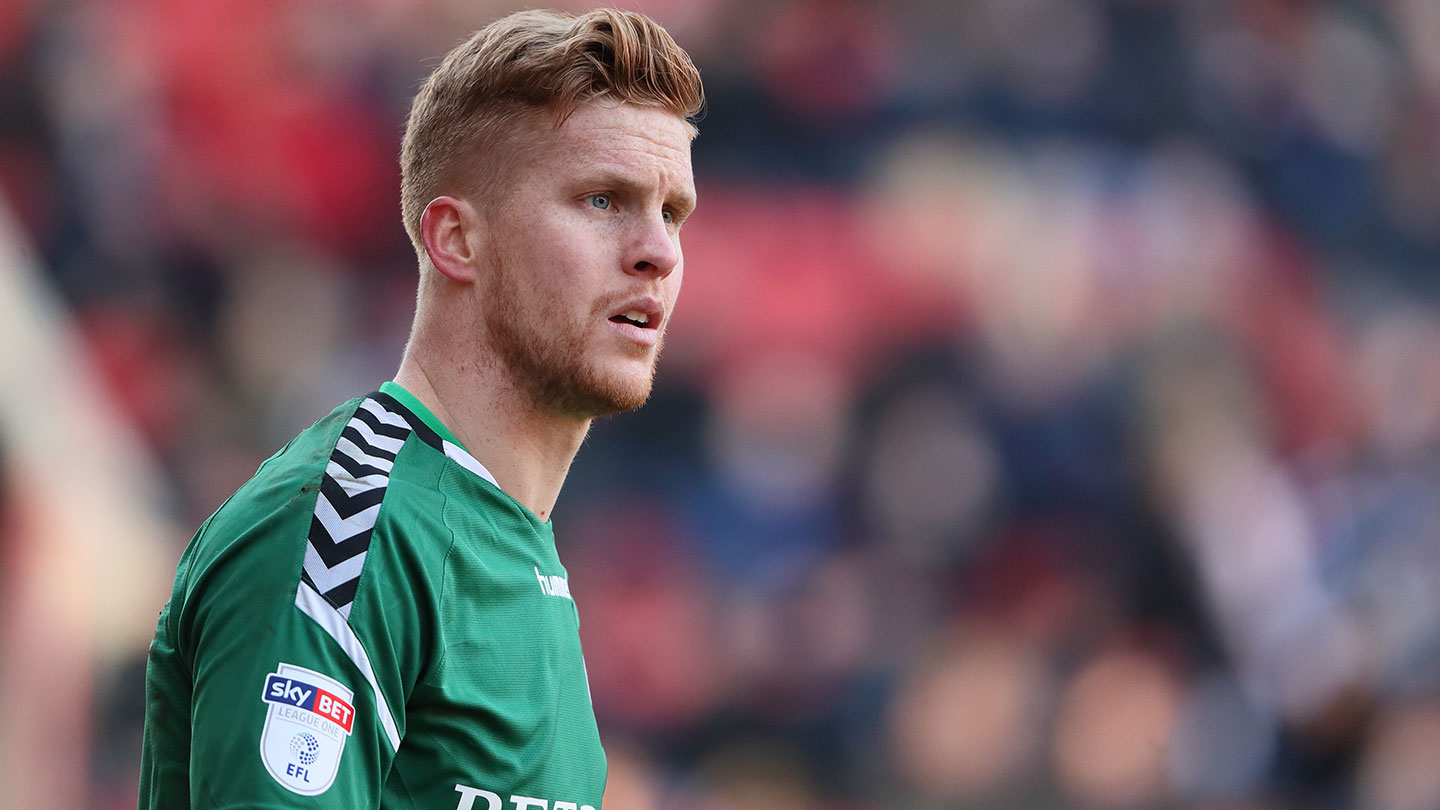 The experience and know-how of Darren Pratley was added to Charlton’s ranks following the midfielder’s release from Bolton Wanderers last summer.

The Addicks secured his services until the end of this season following his seven-year spell at the Macron Stadium where the former Trotters skipper made 203 appearances.

He had previously represented Swansea City whom he joined in 2006 and remained for five years, scoring 31 goals in 199 appearances and helping the Swans to promotion to the Championship in 2008 and the Premier League in 2011.

The midfielder’s senior career started at The Valley when he came off the bench for Fulham against Charlton for his debut in 2003 and he has since gone on to play just under 500 senior games.

Pratley provided much-needed knowledge and experience to a young Addicks side both in training and on the pitch. scoring four times in 34 outings for Charlton last season, his biggest moment in a Charlton shirt last season was undoubtedly his extra time equaliser in the play-off semi-final in front of the Covered End.

Starting his career off at Arsenal, Aneke spent 13 seasons with the North London side. He learned his trade on loan spells with Stevenage and Preston North end before enjoying a successful double spell with Crewe Alexandra where he made 55 League starts, scoring 20 times during his time with the Alex.

Upon returning to Arsenal, Aneke was released by the club and joined up with Belgian club Zulte Waregem only to see his two years there hampered by injury. He made 41 appearances scoring four goals for the club.

Aneke then returned to England, joining League One MK Dons. At Dons, Aneke enjoyed something of a career revival, he was instrumental in them being promoted back up at the first time of asking, scoring 19 goals in 41 appearances in the 2018/19 campaign. So far this season, the forward has been a key cog in the Charlton frontline with 13 goals from 12 starts up top. 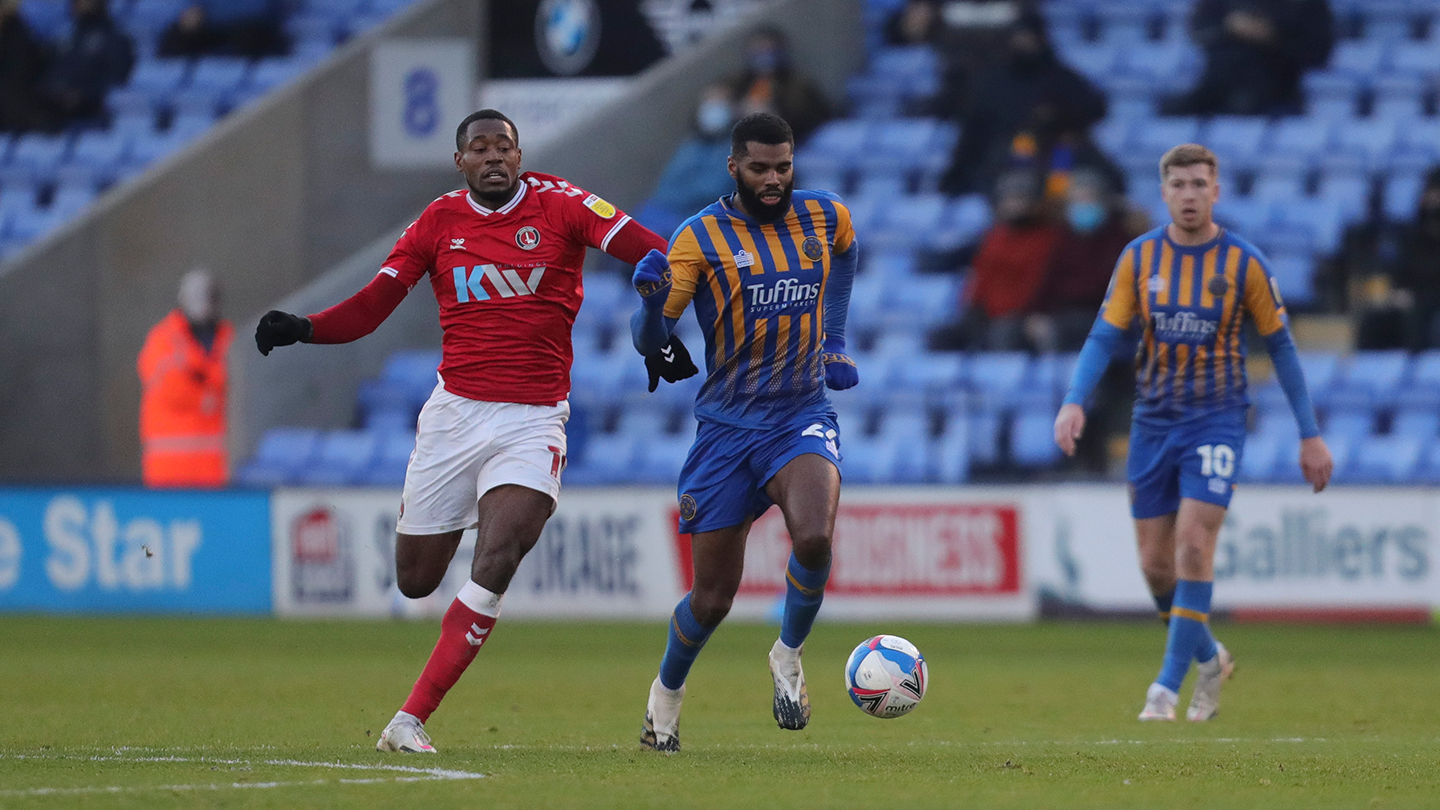 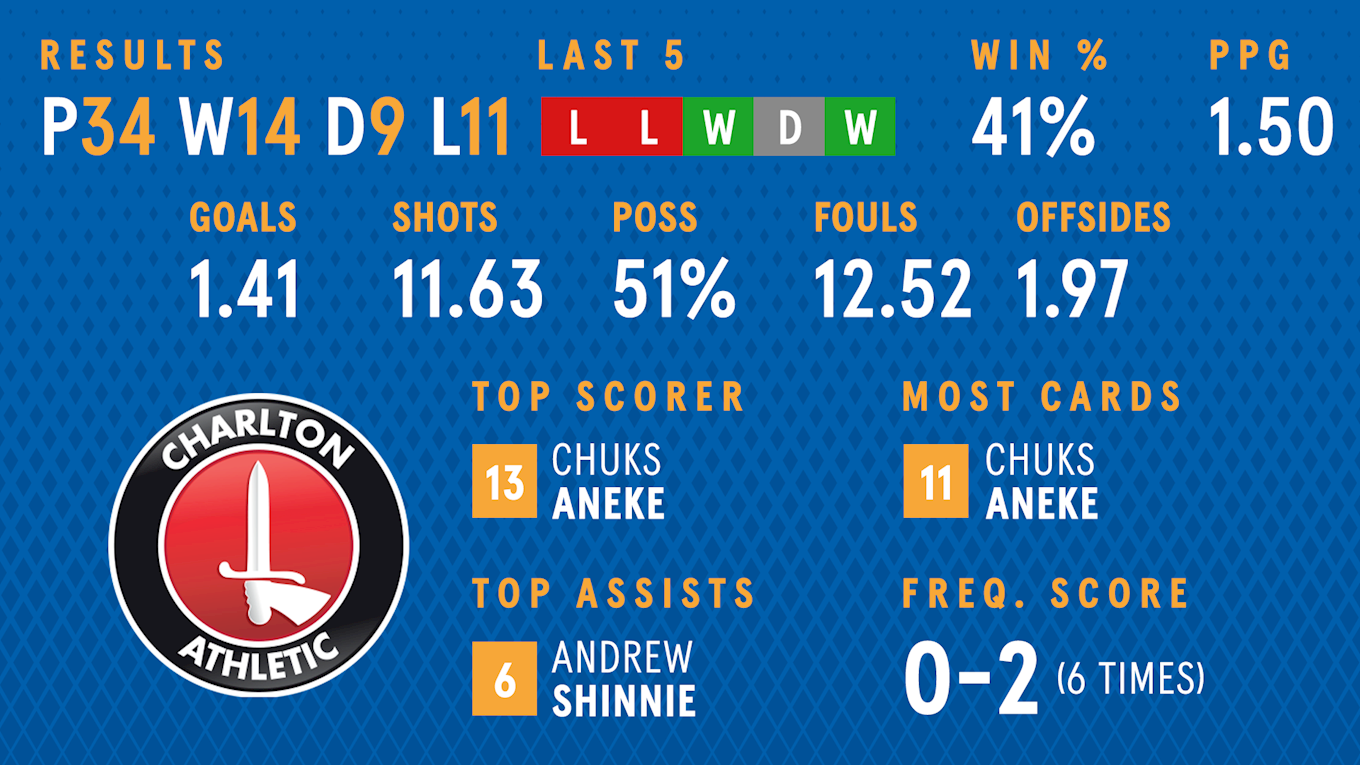 Shrewsbury Town earn a point on the road at the Valley.

Shrewsbury Town's trip to the valley ended all square as Steve Cotterill's men took a point home to Shropshire.

Despite taking the lead through Sean Goss, Town couldn't prevent Conor Washington from pulling the home side onto level terms as the spoils were shared.

Smart forward-running play from Josh Daniels created the first real opportunity for Town with 20 minutes of the fixture already elapsed. Daniels guided a crafty back-heel into the path of Curtis Main as the forward drove into the box. However, the angle was against Town's number 20 and his effort blazed wide.

Harry Burgoyne was forced into a save 10 minutes later. Addicks number nine Jayden Stockley found space inside the Salop box but his shot towards the bottom corner of the net was well saved by Town's number one.

Despite the home side having positive spells of possession during the beginning of the second half, it was Town who took the lead. Matthew Pennington picked out Sean Goss with an inch-perfect cross and Town's midfielder threw his head towards the ball and made a headed connection to send the ball into the back of the net.

Town came inches away from doubling the scoreline in the 67th minute. Fluid combination play from Harry Chapman and Daniels created an opportunity for Main. However, close marking meant the forward was only able to find the side netting.

The home side almost immediately registered a response. The Town defence saw a cross flash across the box and towards second-half substitute Chuks Aneka. However, fortunately for Salop, his powerful effort cannoned off the bar and away from danger.

Charlton did however manage to poke home the equaliser with 79 minutes gone. Conor Washington dribbled into the Salop box and snuck his shot under Harry Burgoyne.

Darren Pratley was the first man booked as the midfielder pulled Harry Chapman down in the middle of the pitch as Town looked to break on the counter.

Ian Maatsen was shown the next yellow card, coming in the second period, for nipping at the back of Harry Chapman's heels as Town's forward drove into the final third.

Brad Walker was booked in the 69th minute for a foul in the middle of the pitch.

iFollow passes are now available for supporters who are wanting to watch Town's Sky Bet League One fixture with Charlton Athletic.

iFollow passes are now available for supporters who are wanting to watch Town's Sky Bet League One fixture against Charlton Athletic! 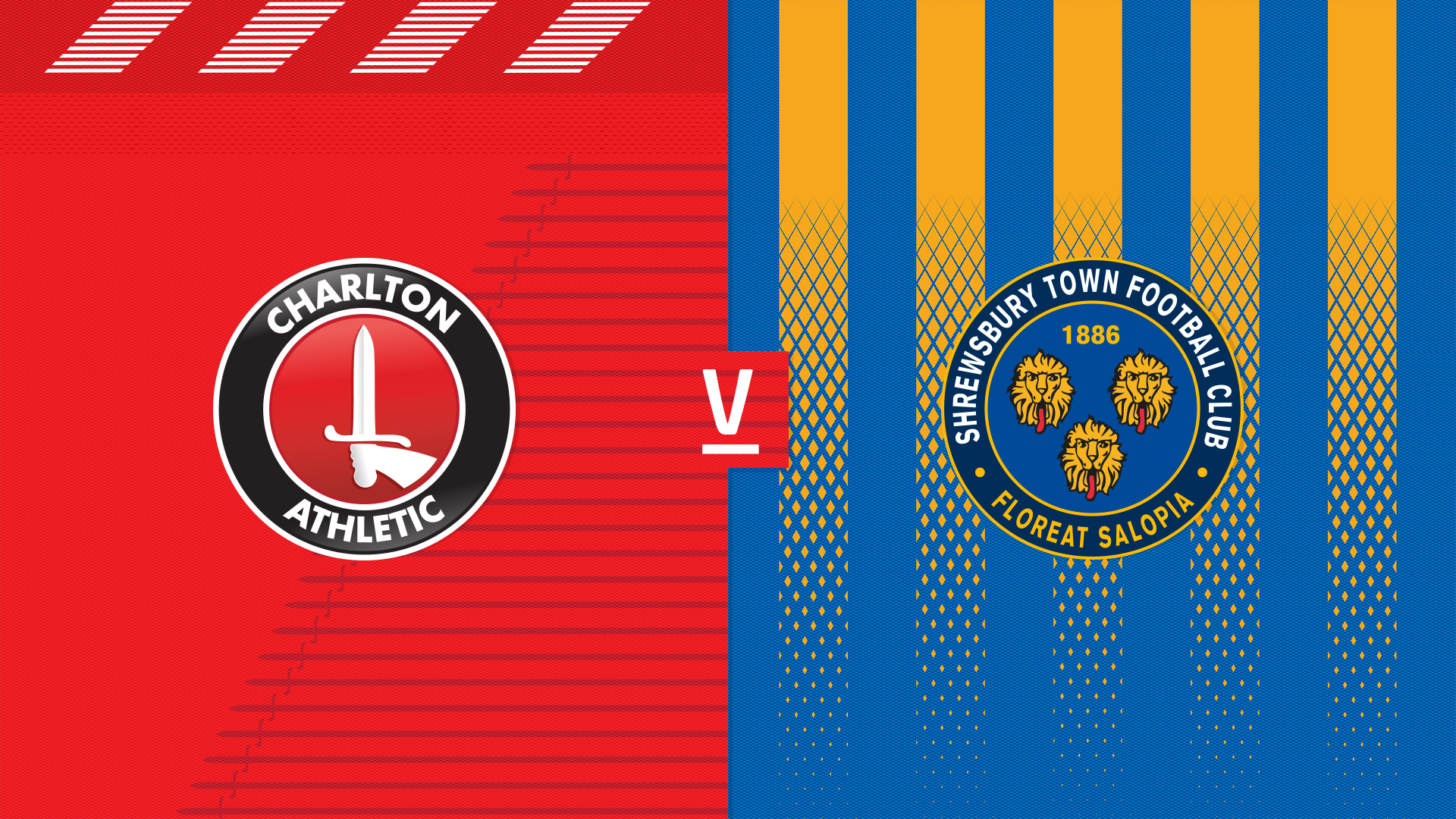 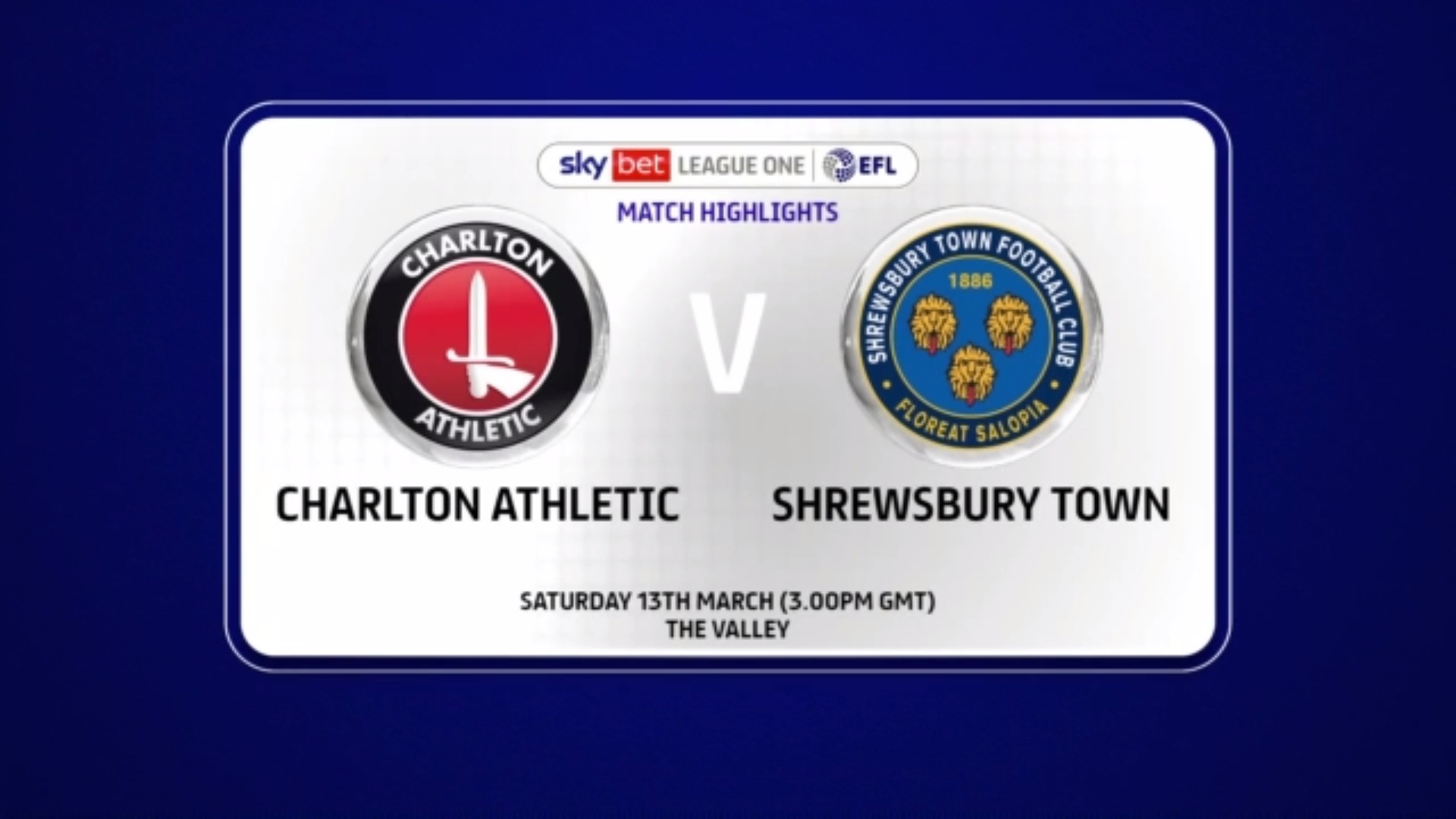