Take a closer look at the latest stats and facts in our match preview ahead of Town's Sky Bet League One clash with Fleetwood Town.

Fleetwood Town come into this fixture with mixed form having won only one of their last five league fixtures. However, the away side will have a spring in their step having recently appointed League One veteran Manager Simon Grayson - a man who has won multiple promotions from the division.

Despite this, Town will also display determination and fight as the Shrews look to go one better than their 1-1 draw last time out with AFC Wimbledon. Town will be on the lookout as Cod Army midfielder Callum Camps has nine goals from midfield this season. The experienced Paddy Madden leads the assists tree with four contributions to his team - as well as seven goals.

Simon Grayson recently agreed to a short-term deal at Highbury Stadium until the end of the 2020/21 season with Fleetwood Town - following the departure of Joey Barton.

The vastly experienced boss, who has enjoyed promotion from League One with Blackpool, Huddersfield Town, Preston North End and Leeds United will have a tough task on his hands with the Cod Army as they look to secure points to boost their league position.

Former Rotherham United shot-stopper Alex Cairns signed for Fleetwood Town on a two-year contract ahead of the 2016/17 season.

Cairns began his career in the Leeds United youth academy before breaking through to the first team in 2010/11, as the backup for Paul Rachubka. He made his debut for the club after coming off the bench in a loss to Blackpool.

Most recently Cairns played a crucial part in the Cod Army’s challenge for promotion to the Championship, conceding less than a goal a game. Cairns provided a series of vital saves throughout the season including a penalty save against Bristol and Peterborough to maintain Fleetwood’s 12-game unbeaten run. 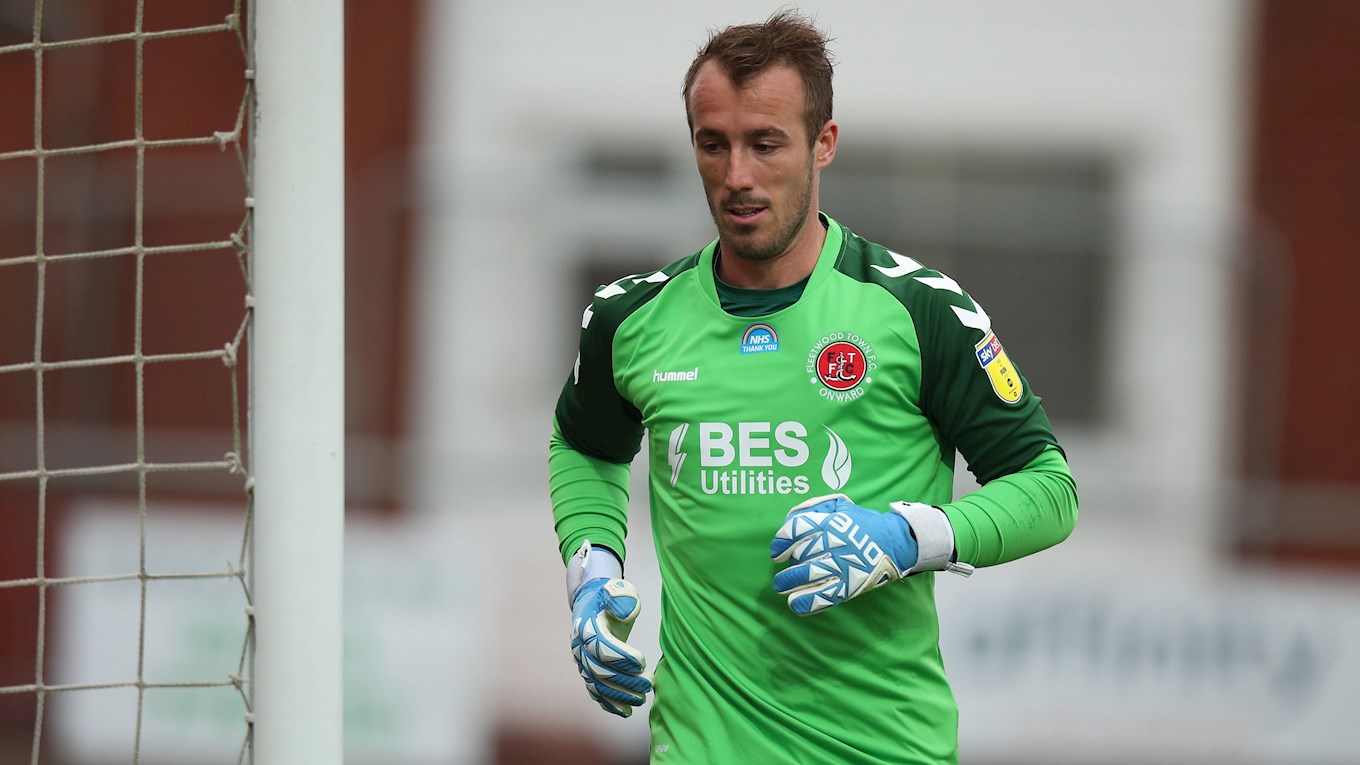 Defender Callum Connolly signed on loan for the Cod Army in the 2020 January transfer window from Premier League side, Everton. The 22-year-old rose through the Everton academy and has earned international caps at under 21 level for England.

Connolly made his professional debut for Barnsley in 2016 during a one-month loan spell. He also went on to make his Everton debut later that season, coming on as a substitute for Seamus Coleman.

This year the Liverpudlian was set for yet another loan spell as he made the move to League One outfit Lincoln City. After making 11 appearances for the Imps Connolly was recalled, he then joined the Cod Army on a six-month loan deal a few days later.

Callum Camps signed for Fleetwood Town in August 2020 on a two-year deal from Rochdale.

The midfielder signed for the Cod Army in August 2020, and scored on this competitive debut for the club, netting the first of three goals in a 3-1 win over Carlisle United in the EFL Trophy. 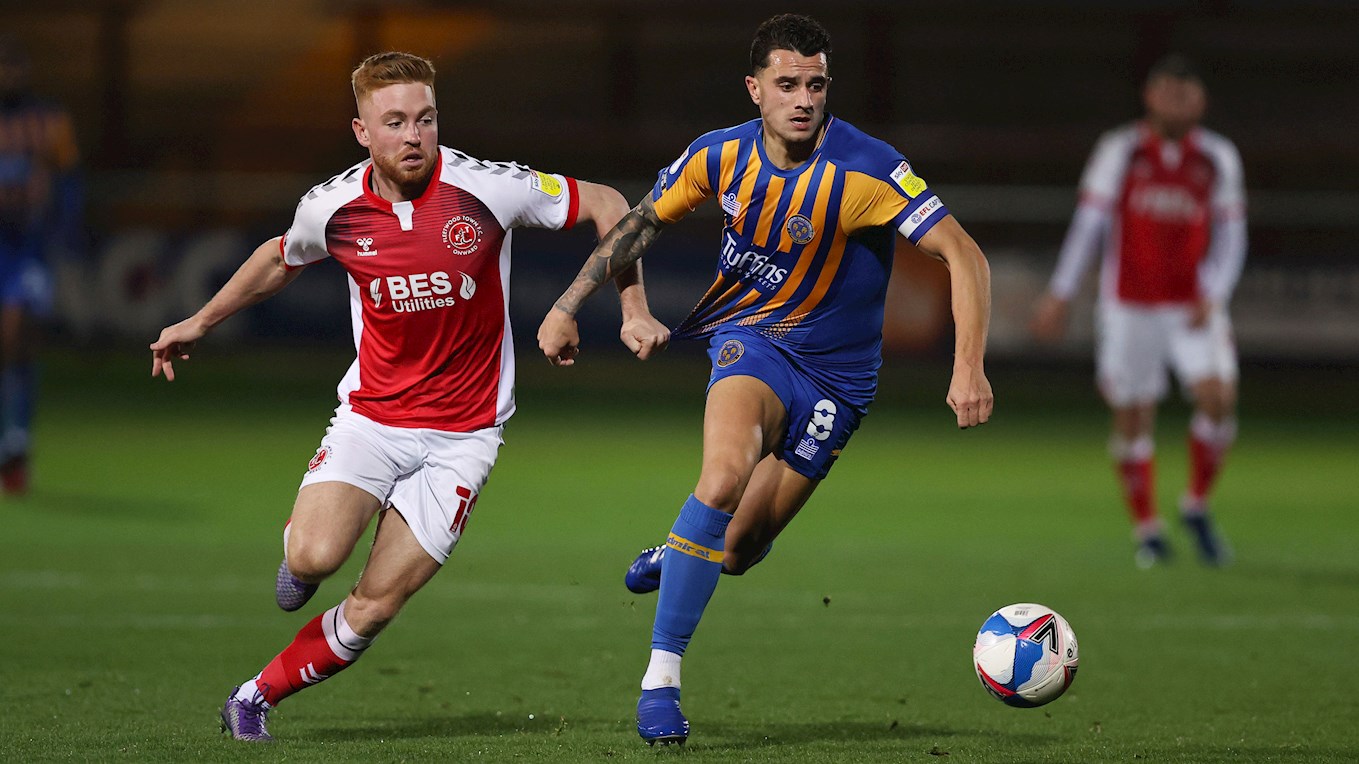 Paddy Madden joined the Cod Army on a permanent deal in January 2018 after leaving fellow Sky Bet League One side Scunthorpe United.Born in Dublin, Madden started his career at Bohemian F.C. in 2008. He spent three years at the Bohs, which included a brief loan spell at Shelbourne F.C. in 2009.

Madden has made over 100 appearances for the Cod Army since joining and played a pivotal role in Joey Barton’s side’s challenge for promotion to the Championship. In the 2019/20 season, Madden scored 18 goals in all competitions. The 30-year-old now has over 40 goals for Fleetwood Town. 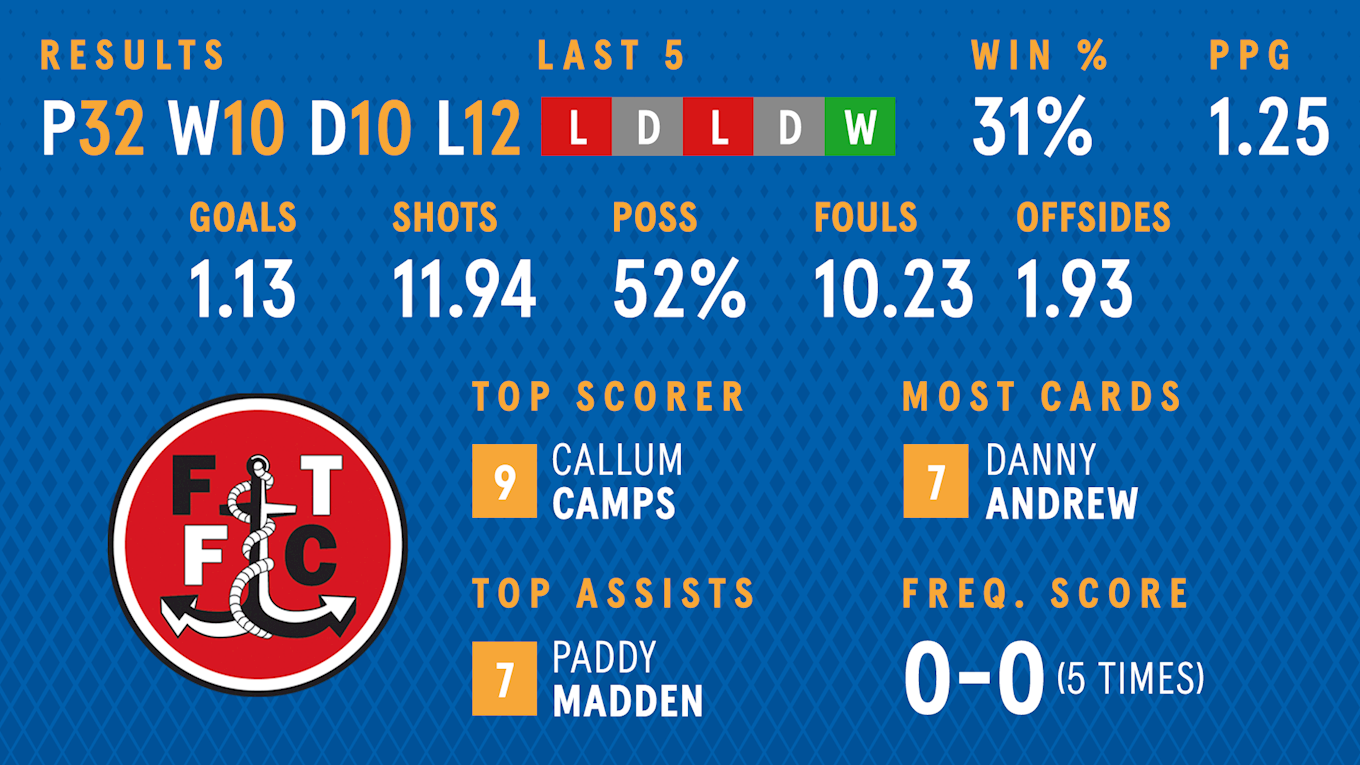 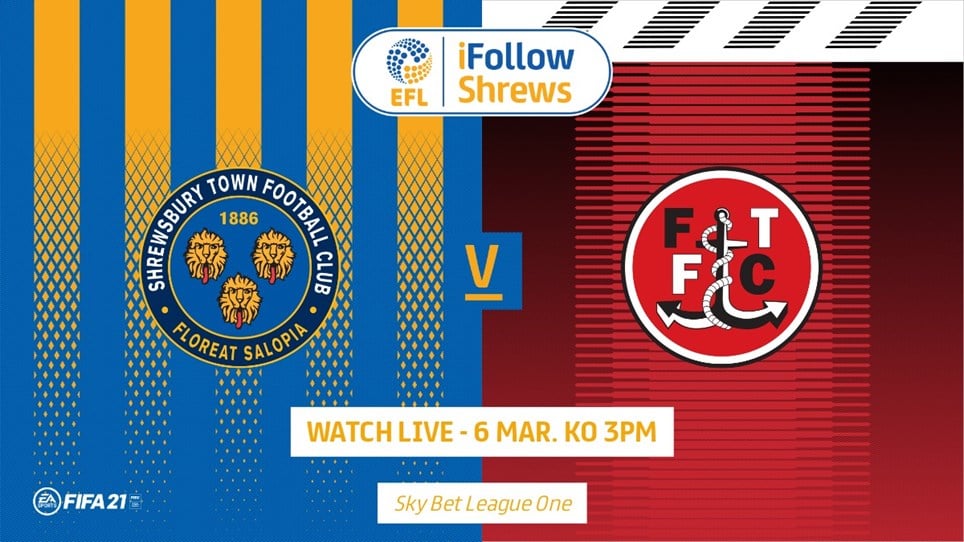 A goal in both halves for the visitors was the difference between the two sides as the Cod Army left Shropshire with all three points.

However, it was Town who had the first chance to take the lead. Harry Chapman played a beautiful ball around the corner for Nathanael Ogbeta. The defender played a low cross into the six-yard area but it was just out the reach of the on-rushing Curtis Main.

The away side grew into the game and registered their first effort on goal through left-back Danny Andrew. The Cod Army defender struck from distance and forced a save out of Matija Sarkic to keep the Shrews level.

With a couple of minutes left in the half, Salop sprung into life with Town pressing Fleetwood into a mistake. The ball found its way to Shaun Whalley who struck from distance but it was easy pickings for Alex Cairns.

Right on the stroke of halftime, it was the away side who took the lead. Wes Burns drove infield bringing the ball back onto his right foot and fired in from outside the box -making it one-nil at the break.

In the second-half, Chapman had a chance to equalise through a freekick from around 30 yards out. His effort cleared the wall but was right down the throat of Cairns in the Fleetwood goal.

The visitors doubled their advantage with 20 minutes left to play. The ball was slipped into the area, splitting the defence, for Kyle Vassell who was able to bring it under control and find the bottom corner.

It was the substitute Goss who looked the most likely for Salop. The midfield man struck a freekick into the area that was cleared he then followed in won the second ball and got a shot away but it was again easy for Cairns to deal with. Despite Salop’s best efforts, they could not find a way back into the game. 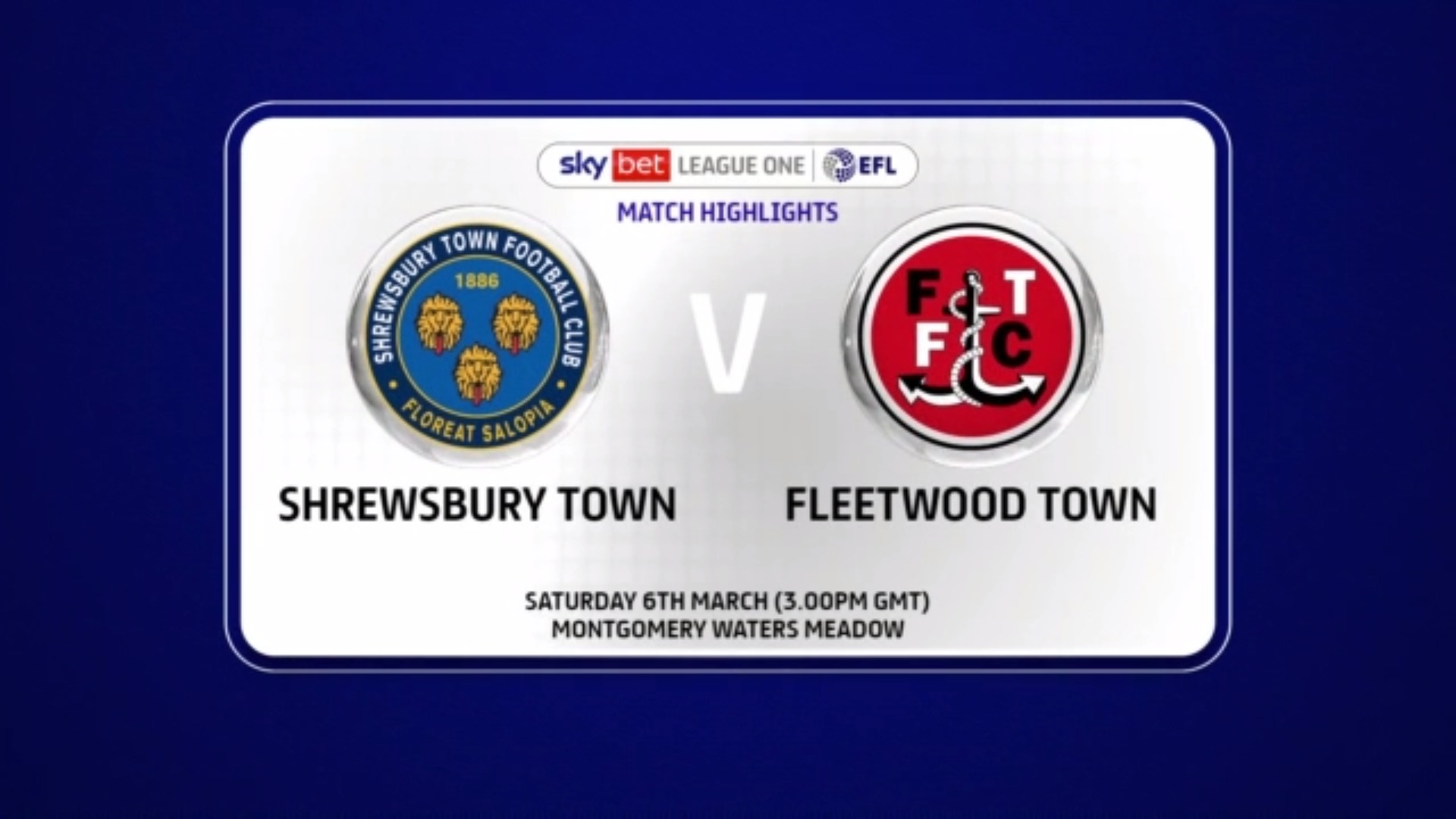 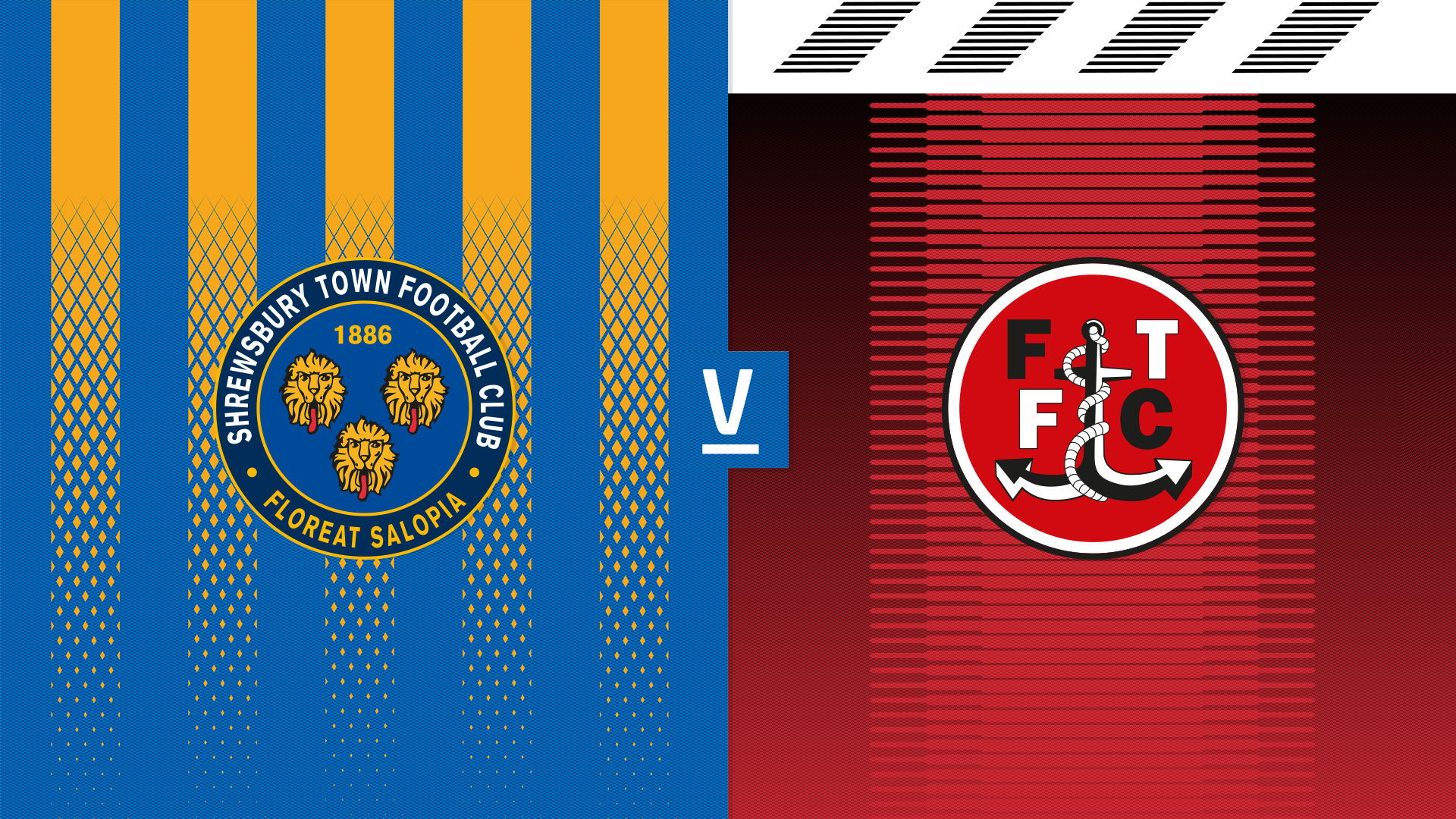 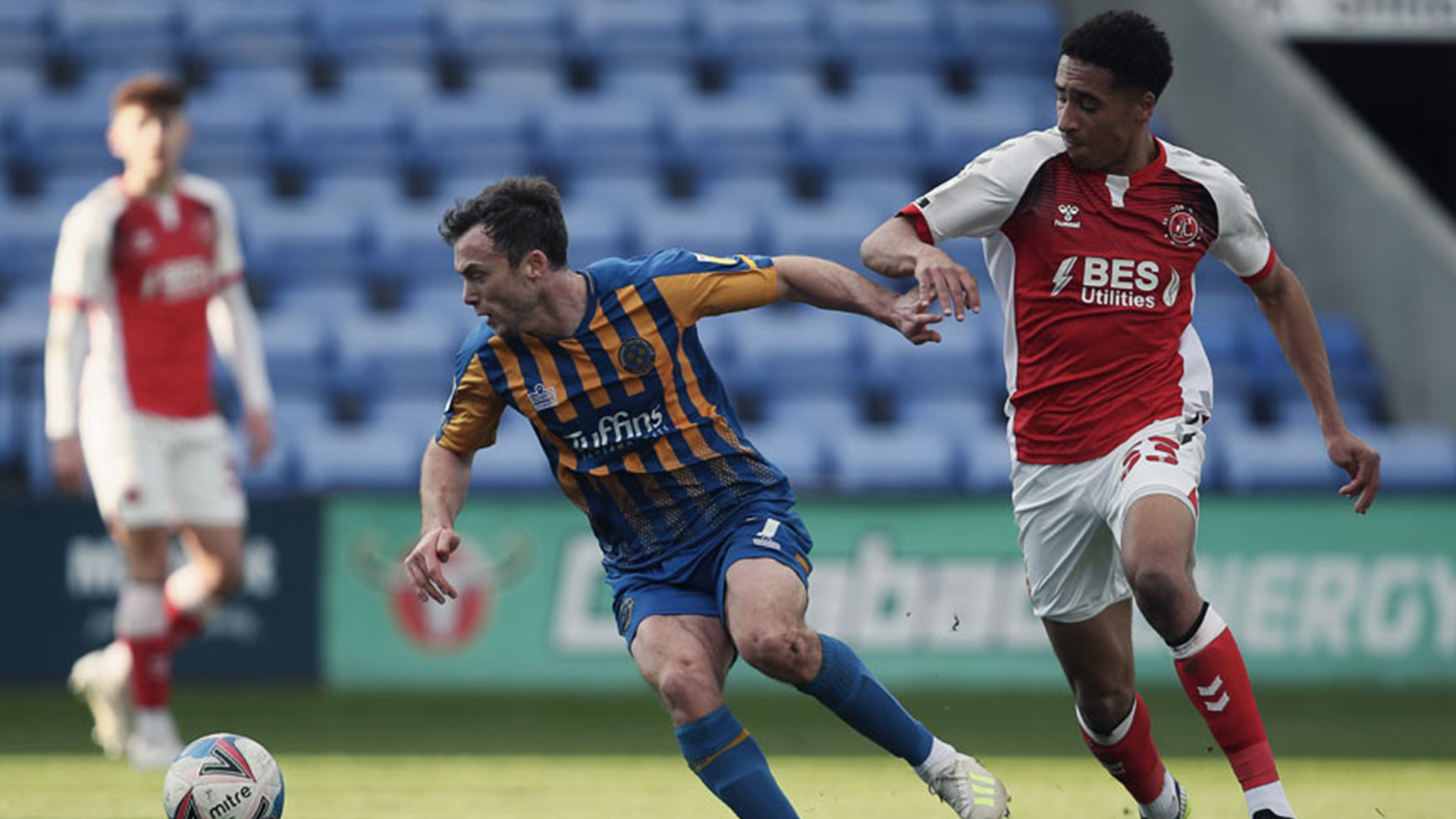