Shrewsbury Town face potentially the toughest test of the season with the visit of Hull City as Grant McCann's teams it at the top of the Sky Bet League One table. In their last five league fixtures, the away side have a perfect record with five wins on the bounce as they look to charge into the Sky Bet Championship.

Mallik Wilks is the dangerman at the top end of the pitch for the Tigers. The forward is enjoying a fruitful season having notched 17 goals already with plenty of time left to achieve 20 or more. In the engine room, the away side could have a familiar face. A fan favorite loanee, Greg Docherty spent one season on loan from Rangers at Montgomery Waters Meadow before leaving the SPL side to join City on a permanent basis.

However, the away side will have a tough task to deal with in Shropshire as Salop look to go on another unbeaten run. Town could extend another unbeaten run, like a number of times this season, after a win and a draw in the last 2. The draw coming away from home against a strong Charlton Athletic. 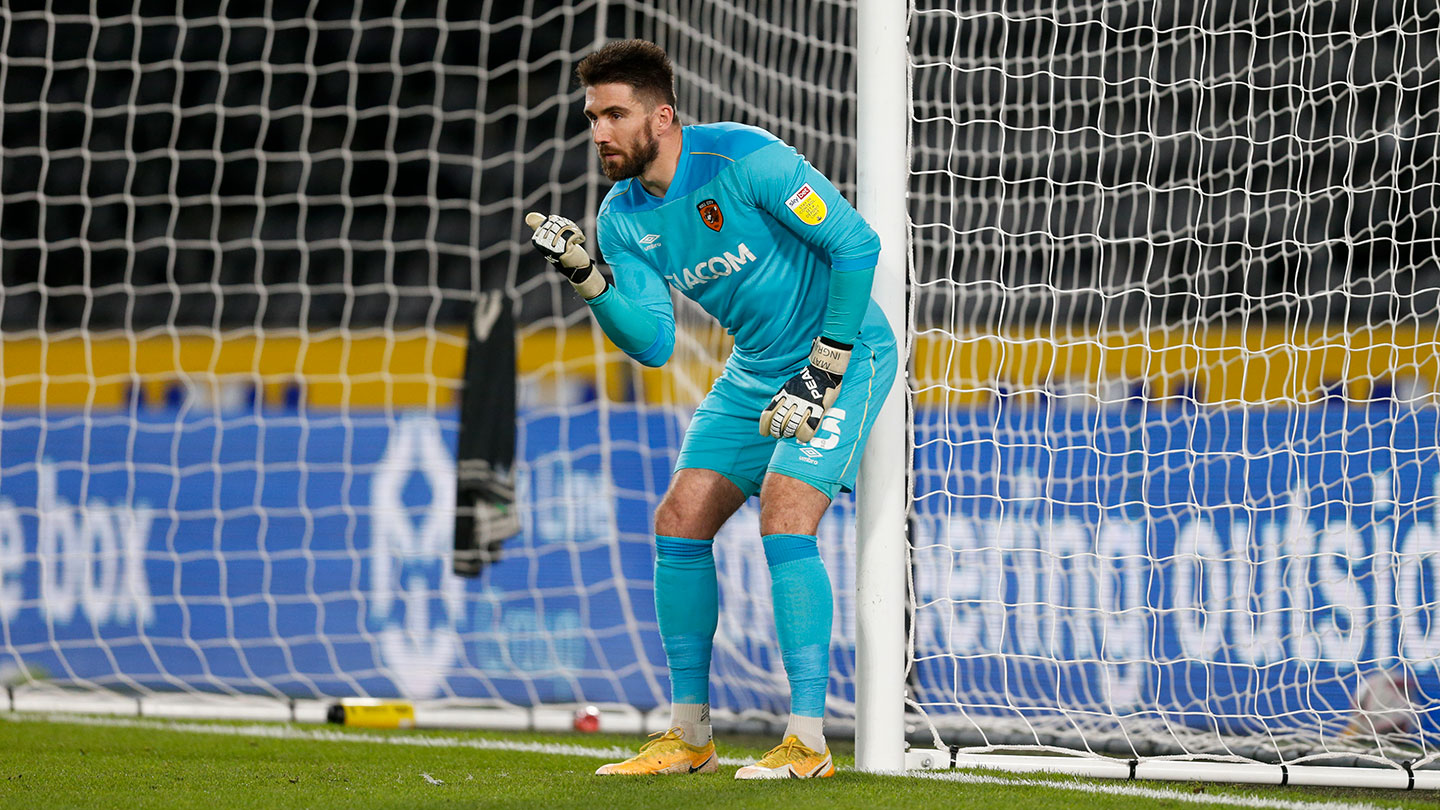 Hull City completed the signing of George Honeyman on a three-year deal in August 2019.

The midfielder joined the Tigers from boyhood club Sunderland, first signing for the Black Cats' Academy set-up at the age of ten. After progressing through the Wearsiders' youth ranks, he was rewarded with a first professional contract at the end of the 2012/13 campaign.

This season, the midfielder sits at the top of the Hull City assists charts with 12 in the league to his name. The 26-year-old has also netted three times from midfield this season. 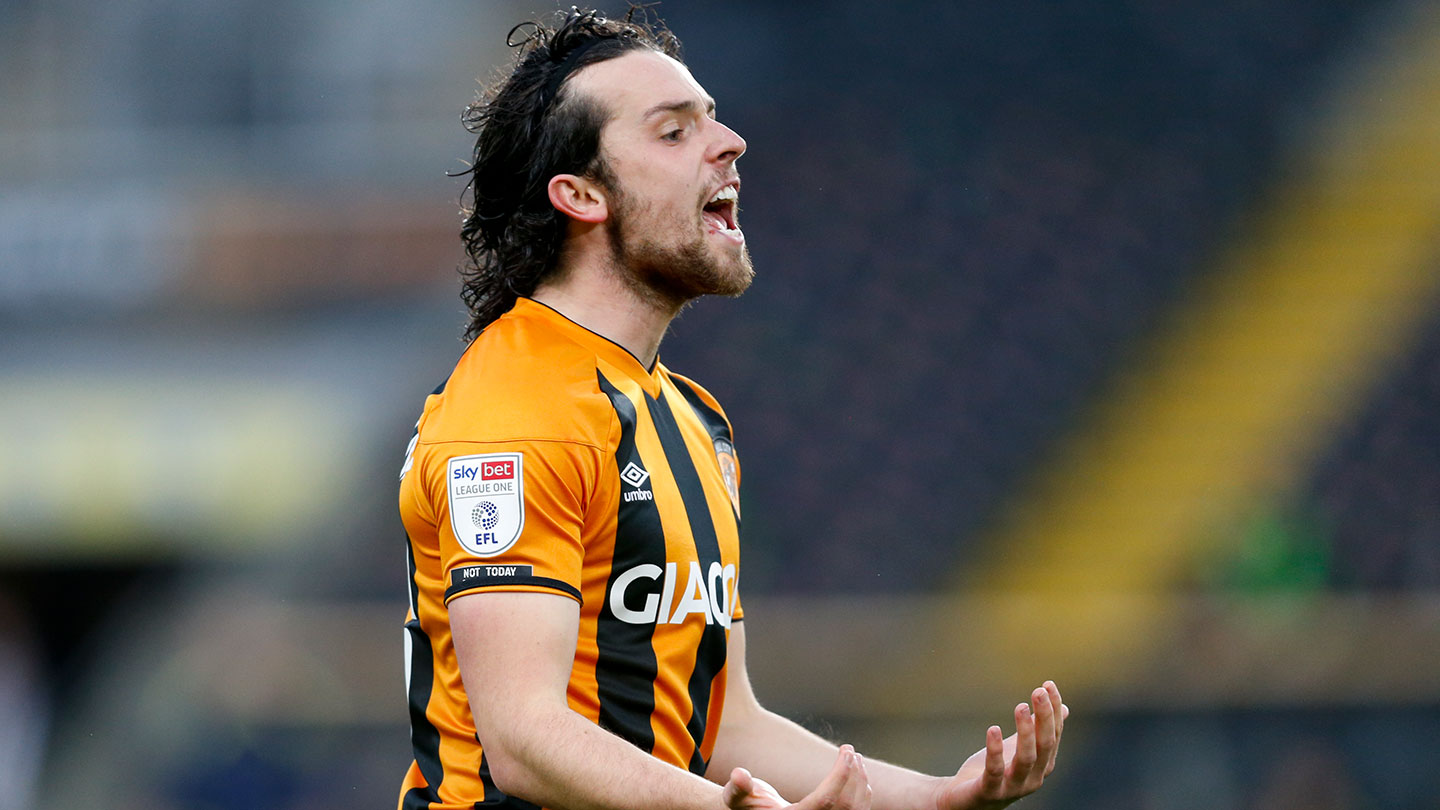 Having progressed through the youth system at Leeds United, Wilks furthered his footballing education with loan spells at Accrington Stanley and Grimsby Town in 2017/18. Wilks has been one of the league's danger-men, as the forward has already notched 17 goals this season, as well as registering two assists from the top line. 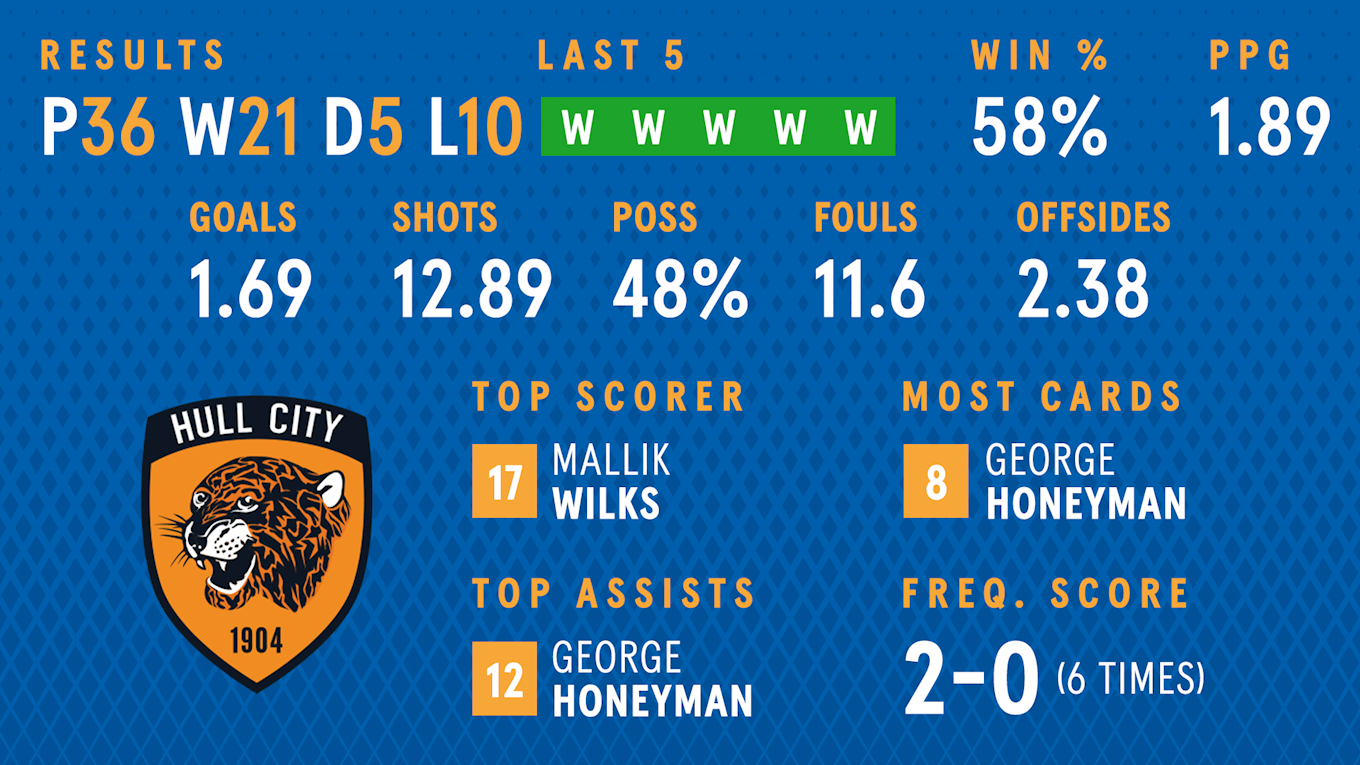 Town's Sky Bet League One fixture with Hull City ended with the two teams reaching a stalemate to earn a point.

Despite Nathanael Ogebeta putting Town in the lead with a free-kick, the away side managed to find a way back into the game with a strike from a distance from midfielder Greg Docherty.

Town did a nice job of limiting Hull to very little early on. It was Josh Vela who created the first chance for Salop. The midfielder won the ball deep in Hull territory, and managed to get a shot away that needed saving at the near post.

Shaun Whalley was the next to threaten on the counter. Driving from the half-way line and nutmegging a man on his way, Whalley managed to let off a low shot but the keeper was well position to prevent an opening goal.

The second half looked to be going in much the same direction as the first until Dan Udoh won a free-kick just outside the area. Nathanael Ogbeta was the man to step up, looping the ball over the wall and in off the bar - a wonder strike for the fullback’s first senior goal.

The Tigers got themselves back into the game through former Town man Greg Docherty. Docherty curled a nice strike into the top corner from 25 yards out to level things up.

Town nearly took the lead again through Ogbeta. The full-back overcooked a cross that ended up heading towards the far top corner and needed tipping over the bar by Matt Ingram.

Salop remained disciplined despite a large number of long balls  to secure a point against the league leaders taking four points off them with a win at the KCOM earlier in the season.

Brad Walker was unfairly shown a yellow card in the 30th minute for not leaving the field of play promptly whilst injured.

George Honeyman was shown the next yellow card of the fixture for a foul on Ollie Norburn in Town's half in the second period.

David Davis was booked for preventing a City attack with 68 minutes on the clock.

Ollie Norburn was booked for a push in the middle of the park on the 69th minute.

Another yellow card was brandished in the 77th minute as Josh Vela committed a foul in midfield.

Nathanael Ogbeta was shown a yellow card as the referee deemed Town's wing-back to have simulated a foul.

iFollow streaming passes are now available for supporters who are wanting to watch Town's Sky Bet League One fixture with Hull City.

iFollow passes are now available for supporters who are wanting to watch Town's Sky Bet League One fixture against Hull City! 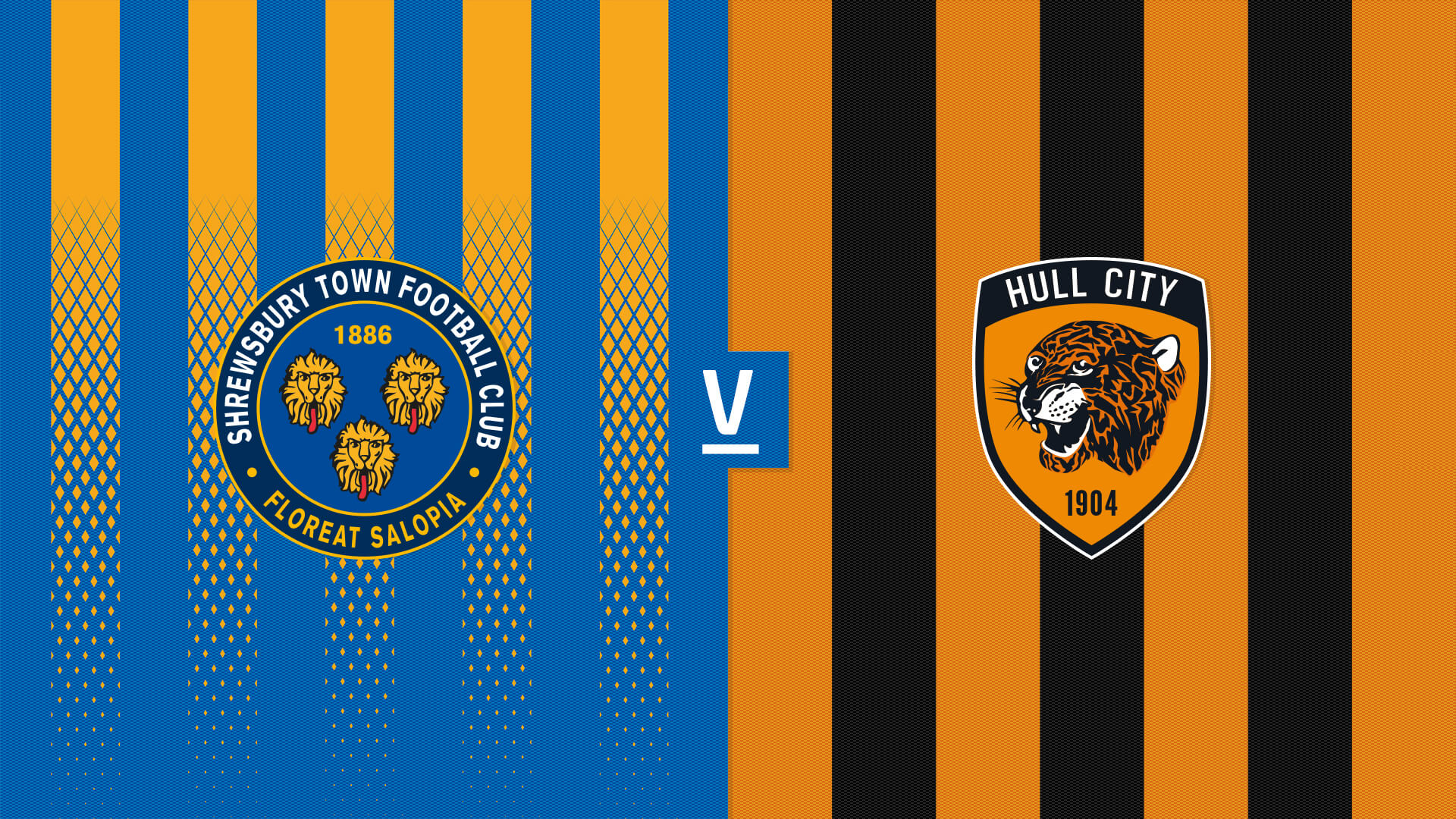 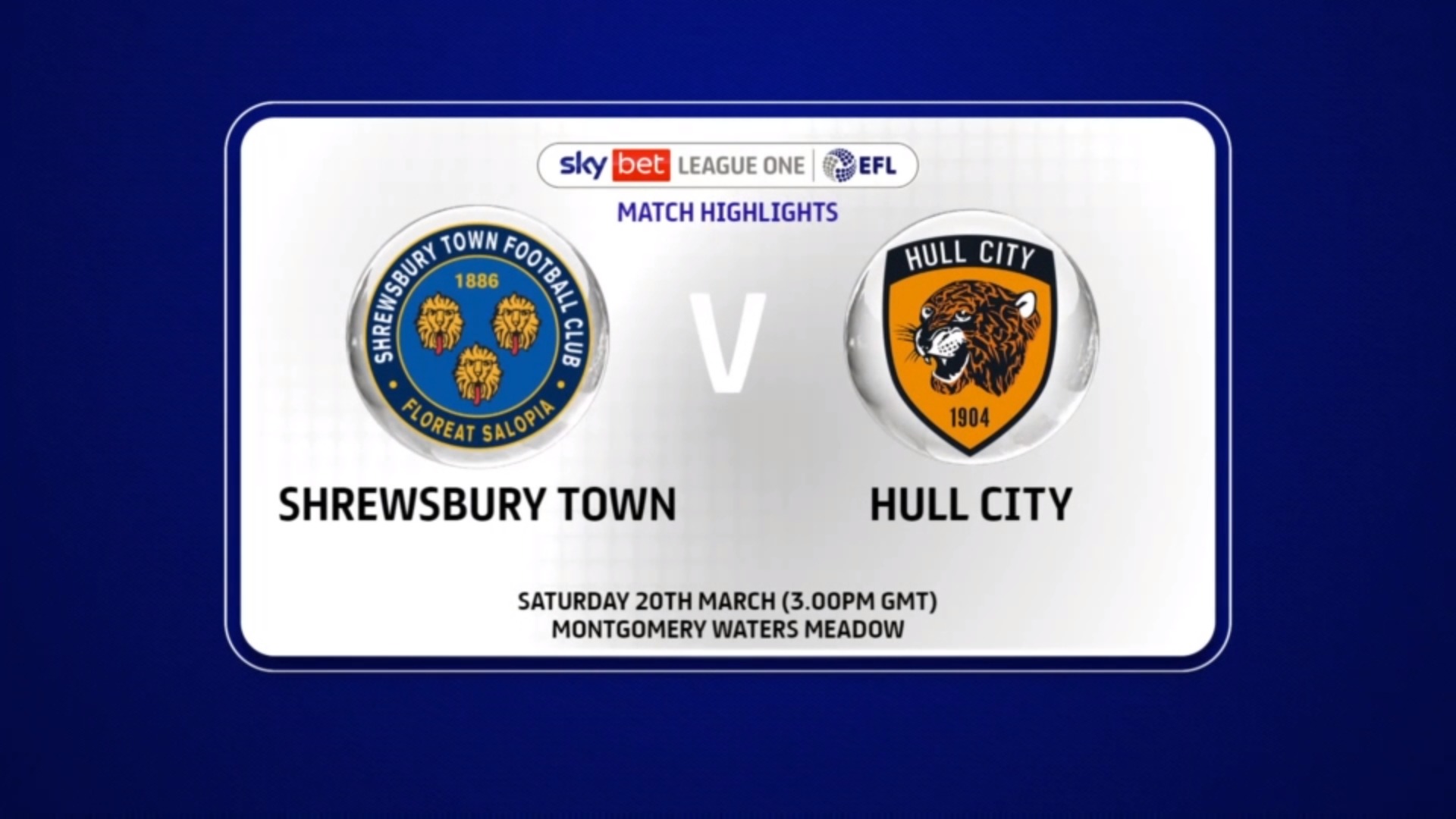 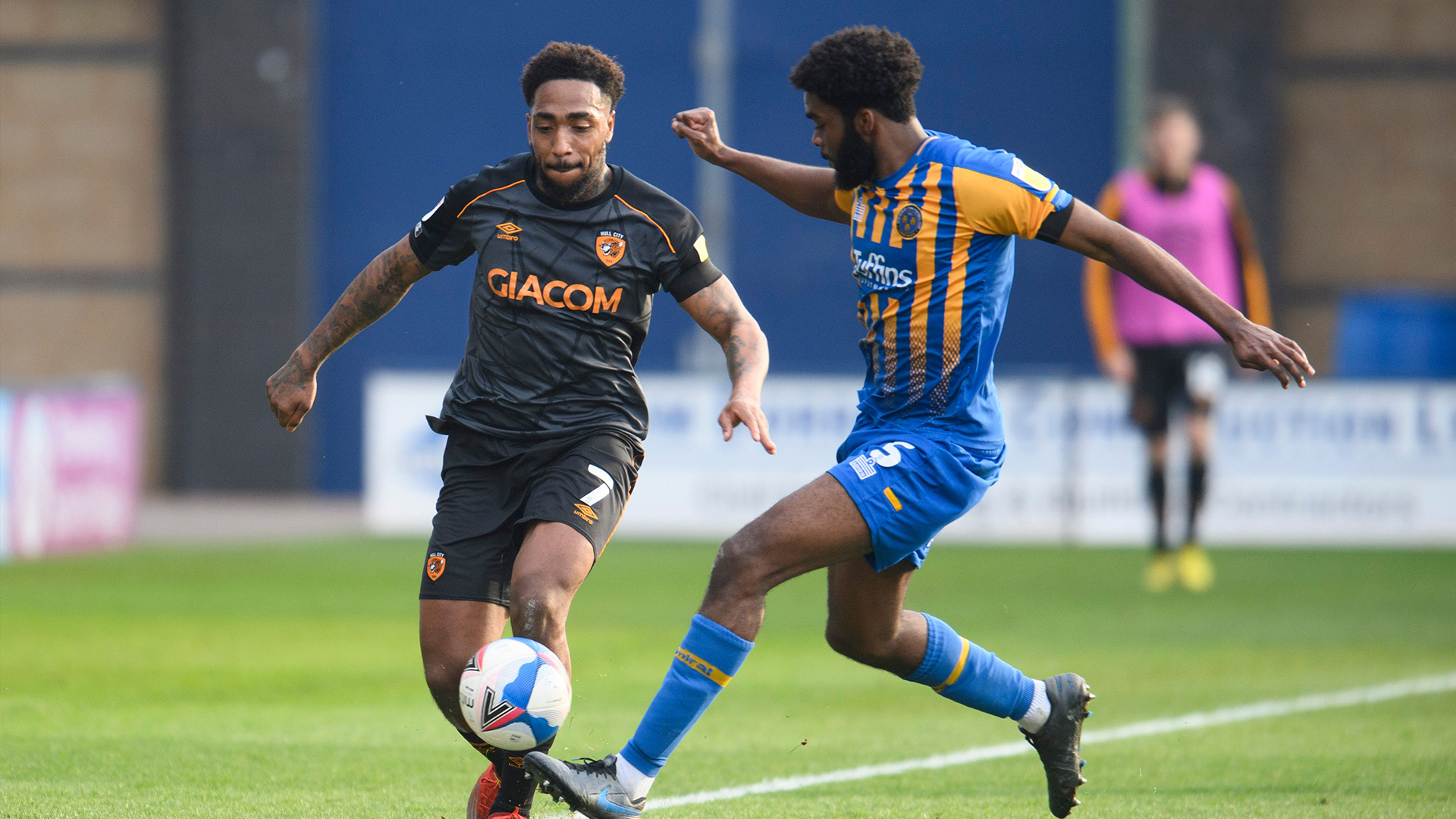