Shrewsbury Town's Sky Bet League One encounter with Oxford United ended with the away side securing all three points with a 3-2 win.

Despite Salop pulling level, and pulling ahead in the tie, the away side finished the strongest to leave Shropshire with the win.

Just three minutes into the game, a rare Matthew Pennington mistake allowed the away side a chance at goal. Matthew Taylor nicked the ball from under Pennington's feet and the U's managed to find a cross-box pass to allow Elliott Lee a tap-in from close-range.

Town's determination paid off 15 minutes later. Harry Chapman swung in an inch-perfect cross and Pennington jumped above the rest to head the ball. A solid connection was made by Town's number 29 and the ball flew past U's keeper Jack Stevens.

Josh Vela turned the tables for Town five minutes before the 30-minute mark. Smart work from Chapman saw Town's number 10 bearing down on goal. Vela made the away side pay as his low and powerful effort nestled in the corner of the net.

After a bright start from the away side, Town were in the ascendancy and controlled the game. Chapman and Tom Bloxham were continual outlets for Salop as Steve Cotterill's men looked to break forward at any given chance.

Ethan Ebanks-Landwell was called into action 15 minutes into the second-half. Eliott Lee picked up a loose ball on the edge of the box and drove towards the net. The U's goal-scorer let off a powerful strike towards the goal but the Salop defender put his body on the line to make the block.

With five minutes to go, the away side pulled ahead through Dan Agyei. The U's second-half substitute found space inside the box and found the target with his effort to score Oxford's third goal.

The game ultimately ended with the away side taking all three points away from Shropshire as their play-off campaign continues.

Brad Walker was shown a yellow card in the 62nd minute for a seemingly good tackle.

iFollow passes are now available for supporters who are wanting to watch Town's Sky Bet League One fixture against the U's. 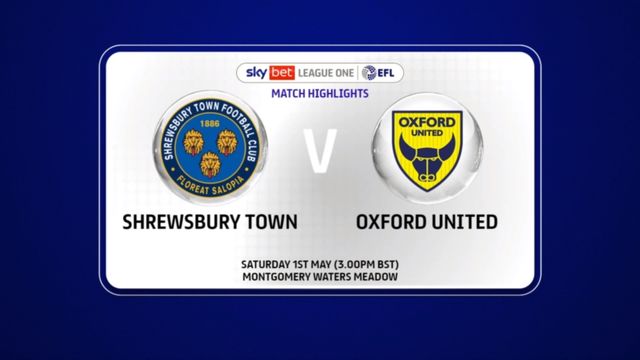 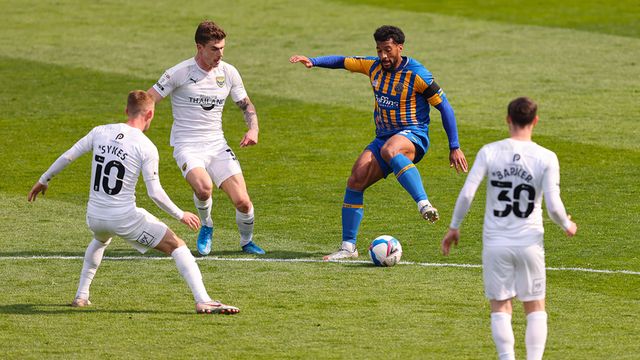