Shrewsbury Town secured a last-ditch point against Burton Albion with a 95+ minute goal from Dan Udoh.

Despite being one goal down for the majority of the game, the Shrews never gave up as the points were shared after full-time.

A competitive half got underway with Town and Burton looking to establish themselves in the game. Both teams had positives spells but no clear chances in the first 20 minutes of the game.

The Shrews were progressing into the opposition final-third well but faced resolute defenders when looking to break through. Dan Udoh and Jason Cummings continually looked to make runs to split open the Burton back line.

Dan Udoh came agonisingly close to giving Town the lead with just five minutes left in the half. The Albion keeper fumbled Marlon Fossey’s cross but Udoh couldn’t converge on the ball quick enough to poke home for Salop.

The half came to an end with the two teams all-square. A bulk of the play was spent in the middle of the park as both teams battled for possession.

In the second-half, the first real chance for Town came shortly before the hour mark. Jan Zamburek got on the end of a good pass near the edge of the box but the Albion keeper made a good save to parry the ball away.

Burton were the side that eventually found the breakthrough in the 59th minute. Harry Burgoyne made a good save to deny Ryan Edwards a goal but the keeper couldn’t prevent Kane Hemmings from subsequently poking home to give the Brewers the lead.

Jason Cummings forced a good save from Kieran O’Hara with just over 20 minutes left in the half. The forward got on the end of a through ball but his shot was well parried away from danger.

Town continued to push forward trying to find the breakthrough. Charlie Daniels continued to deliver balls into the box but the Shrews struggled to make a meaningful connection on the ball.

The Shrews managed to pull level with seconds left on the clock. A goal-mouth scrambled ensued and Salop managed to poke home from close range as Town secured a point.

Josh Daniels was shown a yellow card for a foul in the Burton final-third with 77 minutes on the clock.

Ethan Ebanks-Landell was shown a yellow card in the 88th minute for stopping a counter-attack.

Match passes are available to purchase for Town's home clash with Burton Albion.

iFollow passes are now available for supporters who are wanting to watch Town's Sky Bet League One game against the Brewers. 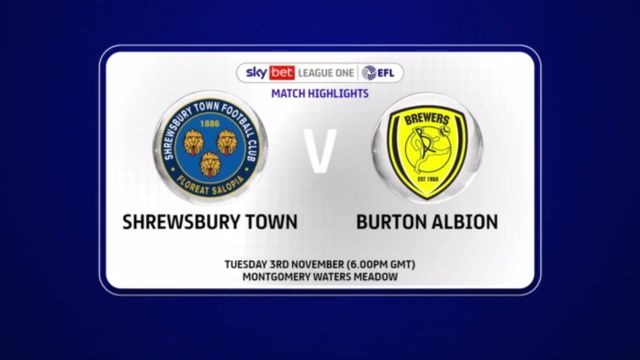 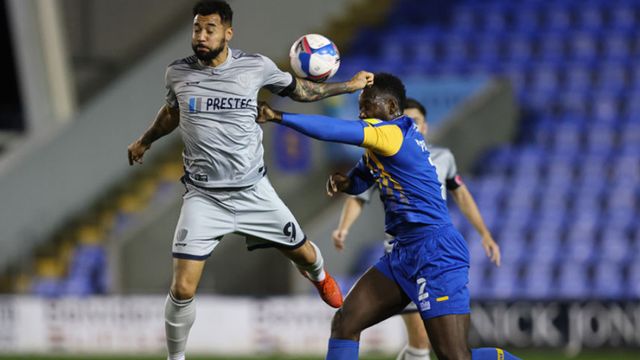