Despite Aaron Pierre, Matt Millar and David Edwards all getting on the score sheet, Salop couldn't hold on to secure what would have been a deserved win.

Aaron Pierre was the man who gave the Shrews the lead. Charlie Daniels perfectly curled a corner towards the far post that was put right on a plate for Pierre. The defender rose the highest to power his header home to give the home side the advantage.

Salop continued to be the more dominant side and doubled their lead thanks to a sharp turn and cross from Marc Pugh. His delivery was nodded in by Matt Millar who made a smart run in from the right-hand side to get his second goal in a week.

Town thought they had a third when another delightful cross into the area picked out Shilow Tracey who made a dart into the six-yard box and looped his header into the far corner only to be ruled out for offside.

The Robbins began to get more of a foothold in the game as the half wound down. It was Joel Grant who did eventually pull one back, the front man twisted one way, and then the next in the area before his composed strike wriggled past Burgoyne to cut Shrewsbury’s lead to one at the break.

The second half began with the wind and rain whistling around the Montgomery Waters Meadow but it wasn’t enough to dampen the Shrews attack as they added a third. Thanks to some good work from Tracey down the right, his desire saw the ball pulled back to the edge of the area to Dave Edwards who finessed his shot into the top left corner.

Town once again had their lead cut to one moments later. This time Hallum Hope the thorn in Shrewsbury’s side after his well-curled effort gave the Robbins a lifeline with half an hour left to play.

The away side threatened to bag an equaliser when first half goal scorer Joel Grant found some space in the area and played the ball back for Hope who couldn’t find the target, pulling his drilled effort wide of the mark.

Salop adopted a defensive shape as they tried to see the game out with The Robbins threatening the Shrewsbury goal. Scott High and Dan Udoh were introduced to bring some fresh legs from the bench and inject some energy back into the home side.

With virtually the last kick of the match, Matt Smith turned a deflected shot home to equalise against the run of play across the 90 minutes.

iFollow passes are now available for supporters who are wanting to watch Town's Sky Bet League One fixture with Swindon Town! 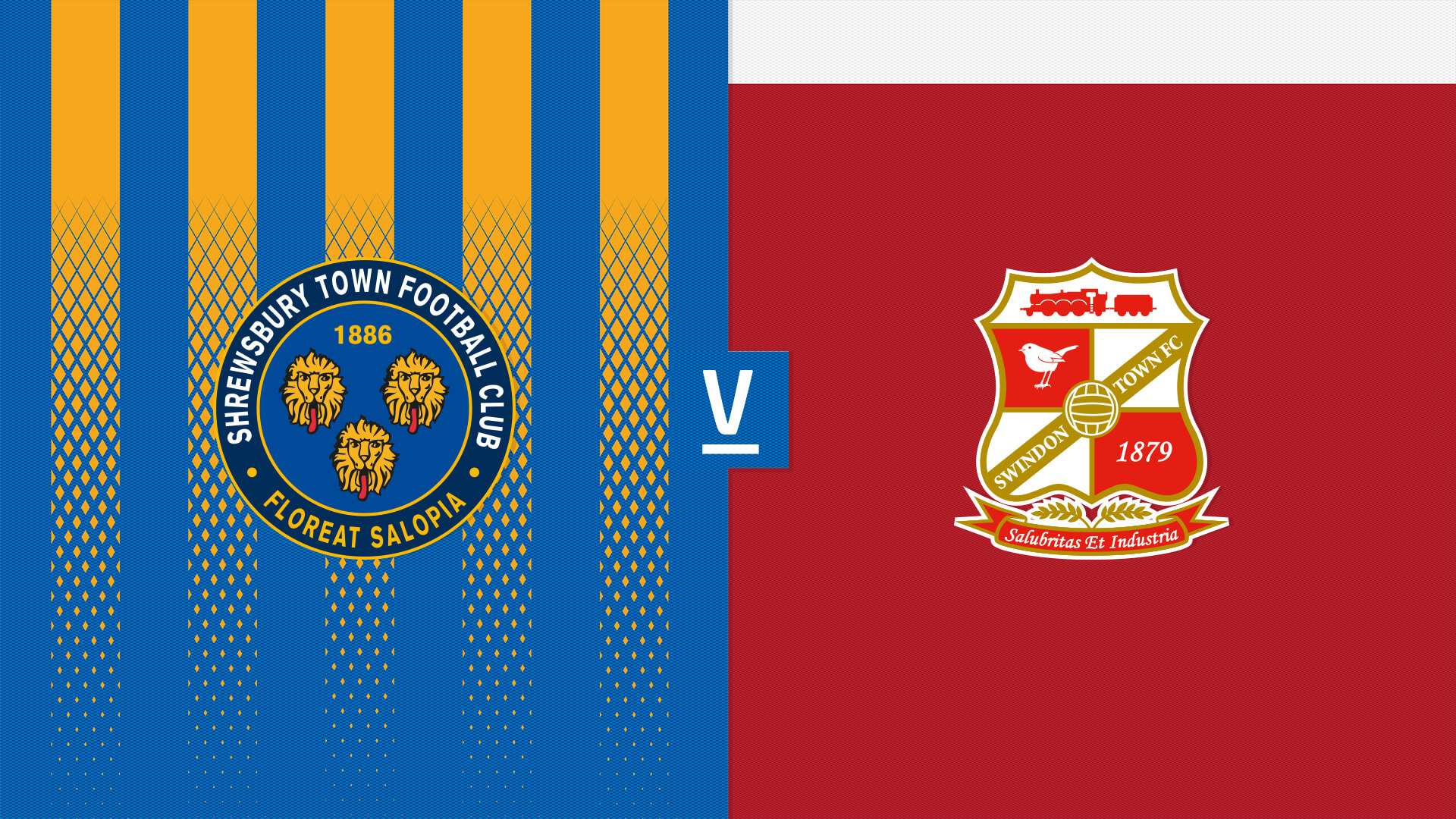 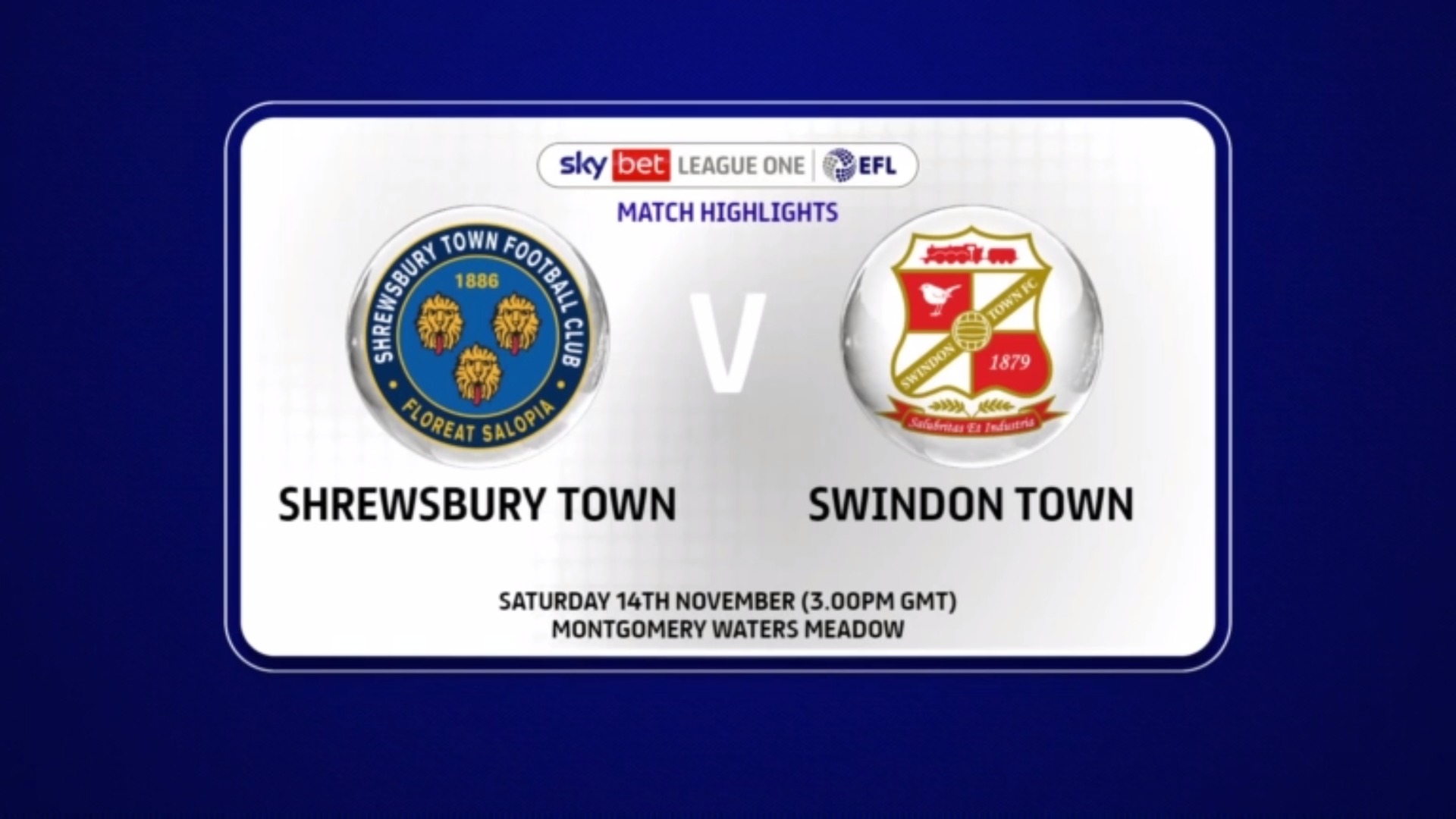 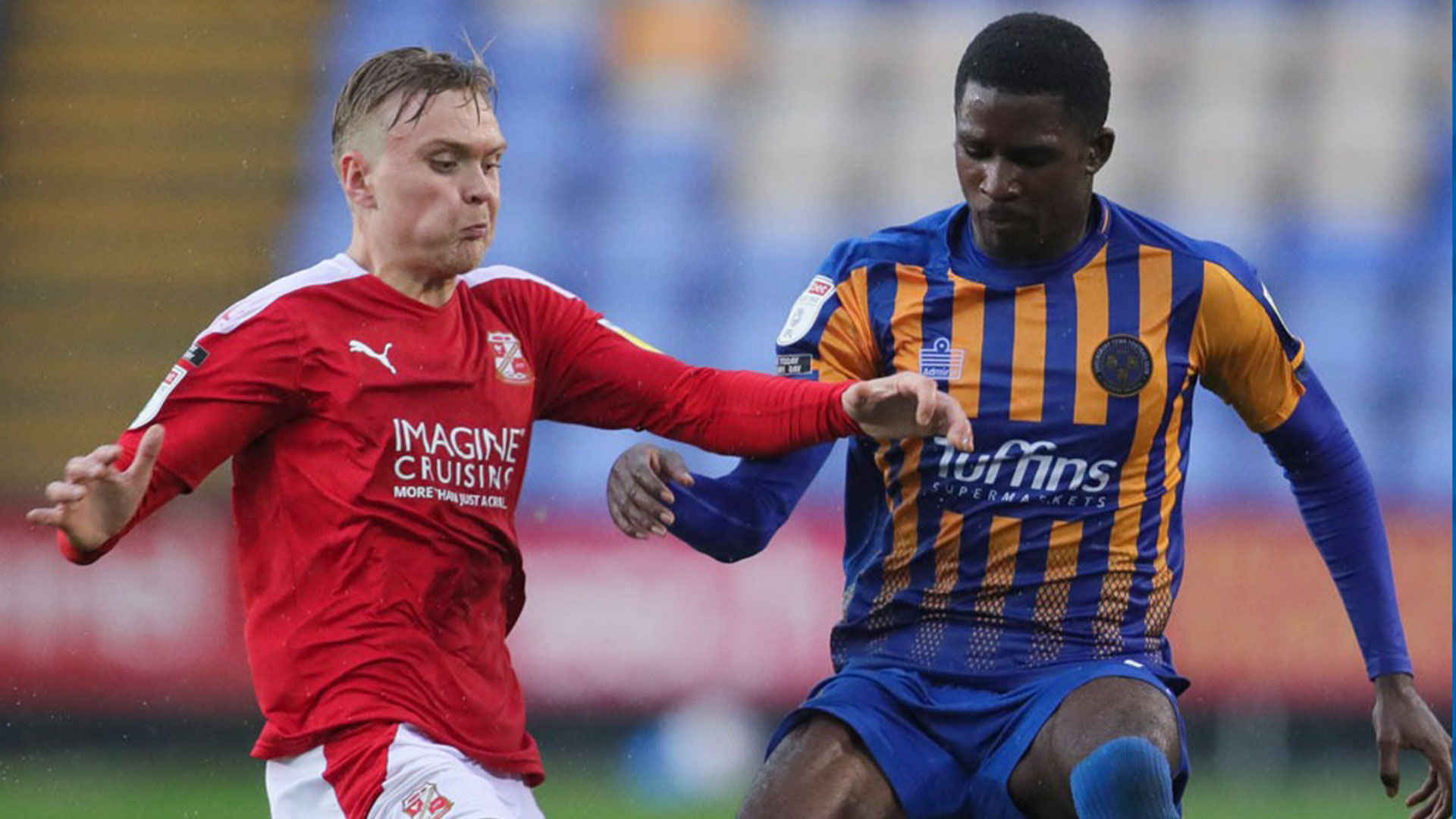