Oxford City come into the second round of the Emirates FA Cup after staging an upset in the first round proper after progressing past Sky Bet League One Northampton Town at Marsh Lane.

The Hoops currently sit in 13th position in the National League South table. In their last five, David Oldfield’s side have lost three and drawn two in league competition.

Oldfield's first experience of football management came during a caretaker spell with Oxford United in 2005 - taking temporary charge of United due to the dismissal of Ian Atkins.

Later in his coaching career, took the reigns at Brackley Town but left the Saints in 2008. Another caretaker spell came at Peterborough United before Oldfield joined Oxford City in March 2020. The former midfielder enjoyed a lengthy playing career having represented the likes of Luton Town, Manchester City, Leicester City and Stoke City amongst others. Oldfield was born in Perth, Western Australia.

Young goalkeeper who joined Oxford City in August 2020, after a spell at Gosport Borough and Sutton United. Ben already has a season of National League experience under his belt prior to joining City as he lined up for Havant & Waterlooville in the 2018/19 season. Previously been at Lowestoft, Hartlepool and Darlington.

Drewe Joined Oxford City in September 2019 from QPR. A young, pacey right-back, Aaron is seen as an exciting prospect after a positive pre-season. Despite being with QPR for his whole career, he spent last season on loan at Chelmsford City. He’s played plenty of football for the QPR academy, including appearances in the FA Youth Cup.

McEachran Near unplayable on his day, Zac first joined City as a 17-year-old but spent a number of seasons at Banbury United before re-joining the Hoops.  The midfielder became a very important player for the Hoops with his quality on the pitch, and somehow always seems to come out of a tight area with the ball. Zac is known for scoring a few spectacular goals each season!

Exciting winger who David Oldfield brought back to the club in 2020 following a spell with Spennymoor Town. Originally signed on loan for two spells from Oxford United, where he burst onto the scene with two goals on his FA Cup debut for his parent club. Scored two goals in 15 appearances in his first spell at the club in 2016/17. 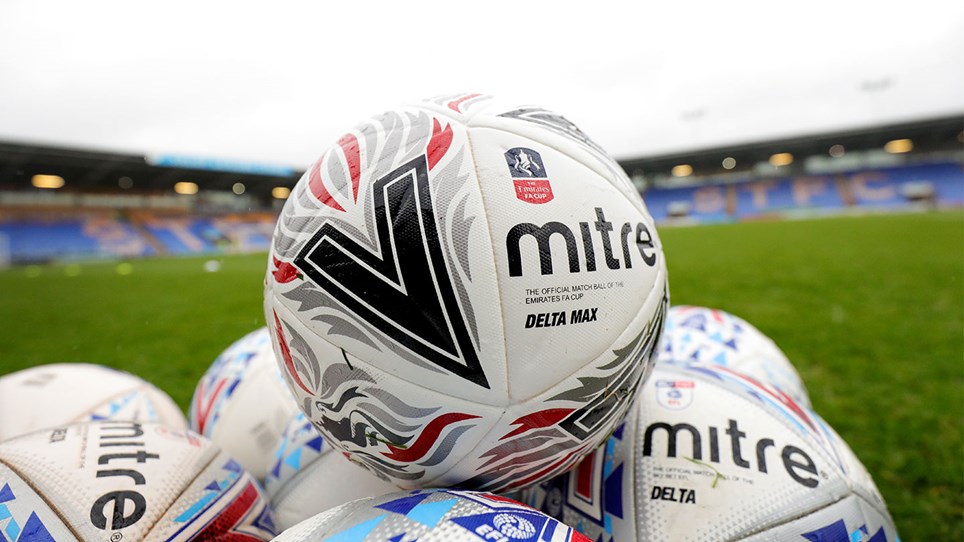 An extra-time goal from Daniel Udoh sends Town into the third round of the Emirates FA Cup.

The two teams started the game in a competitive nature. The away side were evidently up for the game and continually asked the Shrews questions. Town’s first sight of goal came after the ball was fired into Dave Edwards. With his back to goal, Edwards produced a beautiful deft touch into the path of the onrushing Shaun Whalley who had his effort blocked for a corner.

Whalley looked the most dangerous Town attacking players, picking the ball up on the right and driving infield drew a foul out of the visitors but Shrewsbury could not covert from the resulting set play as the score remained level.

As time ticked down towards the half-time break, it was Whalley again looking to cause trouble. Ro-Shaun Williams played a precise ball over the top to split the defence only for Whalley’s attempted chip to find the gloves of the away side’s goalkeeper.

The sides went in at the break all square with the Shrews just edging the run of play.

Town came out in the second half and immediately heaped the pressure on the away side. Marc Pugh found Whalley in the box who had his effort cleared only for the ball to find the feet of Ollie Norburn on the edge of the area but the skipper also saw his shot blocked and cleared.

Oxford looked to be clinging on after Whalley fired another shot just past the post, this time from some good feet on the edge of the area to find enough space to get his shot away.

Despite being under the cosh for much of the half, the non-league outfit had a rare foray forward that saw a cross stood up at the back post. Ben Gerring directed his header goalward but Matija Sarkic in the Shrews goal scrambled across to prevent the visitors from taking the lead.

With 70 minutes played, second-half substitute Elliot Benyon broke forward after dispossessing Sean Goss. His shot took a deflection and brushed the top of Towns goal acting as a warning as both sides looked for the breakthrough.

Pugh had the next big moment of the game, some good work from Norburn freed Pugh in the area his looping effort had to be cleared off the line, as the fourth official signalled for four added minutes.

The game ended all square after 90, both sides faced another 30 minutes with 10 men, Charlie Daniels and Williams slotted in at centre back with Scott Golboure and Matt Millar either side as the extra time period began.

Charlie Daniels had the first sight of goal in extra time, Pugh won a free kick 25 yards from Oxfords goal, Daniels freekick was a curling effort that beat the wall and flew just over the bar.

Moments later Josh Vela drove to the by-line and pulled the ball back but the onrushing blue and amber shirts couldn’t stab it home with the first half of extra time, like the 90, ending level.

It was Dan Udoh who finally broke the deadlock with 108 minutes gone, the ball was lofted into the area by Golbourne before some pinball in the box eventually saw the ball fall to the feet of Udoh who made no mistake converting from 6 yards out.

Oxfords captain Reece Fleet had the only other real chance for the away side flashing his shot from long range past the post.