Town are on the road again this weekend in the search for three points in Sky Bet League One. This time, their travels take them all the way to Cambridgeshire to lock horns with Peterborough United. Posh started their league campaign with a slight wobble, losing at Accrington 2-0, winning 2-1 at home to Fleetwood and losing 1-0 art Sunderland's Stadium of Light.

Since then, however, they've barely put a foot wrong with five consecutive wins followed by a 2-2 draw at home to Burton Albion on Tuesday night.

One at home and two away.

Posh have scored in every home game this season, two in the first half and seven in the second half. Of those seven second-half goals, three were scored in the last fifteen minutes so Posh look to be strong finishers.

By contrast, they've only conceded four times at home this season, two in the first half and two in the second. Possibly the most impressive thing about this defensive record is that they've not conceded a goal in the last half an hour of any home game this season in League One.

Peterborough haven't received a red card so far this season and have only received 10 yellow cards, second-lowest in League One.

Town lose out to Peterborough United five goals to one.

Shrewsbury Town were dealt a difficult afternoon in Peterborough with a red card and five goals conceded.

Siriki Dembele was the star man for his team as he helped the Posh secure three points with his hat-trick – contributing to a thorough 5-1 win.

Despite the eventual loss, the Shrews started brightly and were competing well with the home side. Great delivery from Charlie Daniels caused the home side all kinds of issues during the early stages of the game. This lead to a chance for Town defender, Ethan Ebanks-Landell. As the ball bounced around in the box, Ebanks-Landell managed to strike the ball towards goal but saw his effort cleared off the line.

In a near-identical situation, Aaron Pierre also saw a close-range effort at goal well blocked. The defender latched onto a bouncing ball in the box but was unable to guide the ball around the defender and into the net.

Against the run of play, the home side were awarded a penalty due to a Harry Burgoyne foul in the 16th minute. T keeper miss-timed his run and crashed into the on-coming forward.  A confident Jonson Clarke-Harris stepped up and tucked home into Burgoyne’s left-hand corner to give his team the lead and his sixth goal of the season.

Just minutes later, Town got the goal the performance deserved. Marc Pugh struck perfect delivery towards Josh Daniels and the winger managed to calmly head into the opposite side of the net to bring the score level.

However, the score didn't last for long. The home side pulled ahead through Siriki Dembele later in the half. The forward ran past Ro-Shaun Williams with a mazing run into the box and slotted into the bottom corner past the Salop keeper.

Josh Vela was shown a straight red card for a challenge in the middle of the pitch shortly before half-time.

The second-half began with both teams looking to get on the front foot. Despite being down to 10-men, the Shrews were trying to force themselves back into the game with determined forward play.

Disappointingly for Town, Dembele’s positive performance continued and the forward netted again in the 69th minute. A cute shot towards the corner of the net hit the inside of the post and went in to make the score 3-1.

Town’s afternoon went from bad to worse when Dembele clinched his hat-trick. The forward dribbled around the on-coming keeper and calmly slotted home for his team.

Jack Taylor made it five with a brilliant strike from outside the box with three minutes to go.

The game came to an end with the home side securing a 5-1 win over 10-men Town.

Harry Burgoyne for a foul on Siriki Dembele in the 16th minute.

Josh Vela straight red card for a challenge in the middle of the pitch shortly before half-time.

Reece Brown yellow for kicking the ball away after a foul in the 50th minute.

Ollie Norburn was shown yellow for trying to prevent a counter-attack in the 58th minute.

Ethan Ebanks-Landell was shown a yellow card for a foul on Dembele late on in the game.

Match passes are available to purchase for Town's away trip to Peterborough United.

iFollow passes are now available for supporters who are wanting to watch Town's Sky Bet League One game against Peterborough United. 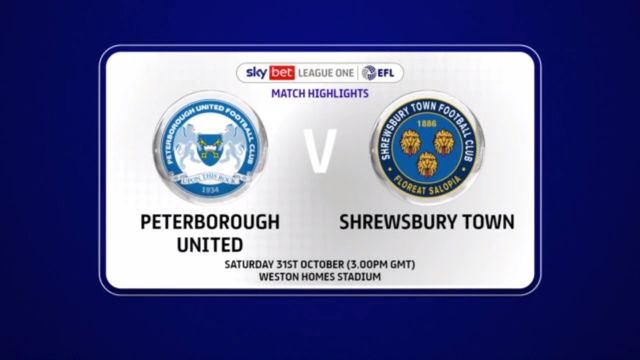 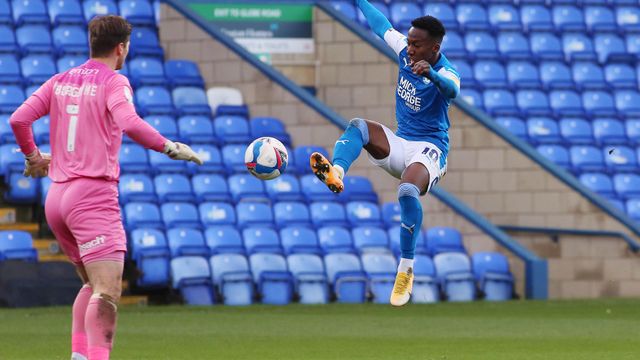