Shrewsbury Town progress into the next stage of the EFL Trophy.

First-half strikes from Ryan Barnett and Jason Cummings were enough to extend Town’s so far perfect record in the competition.

A dominant opening to the game as Town saw the majority of the ball. Both sides were pressing with intent to supply their men up front. Jason Cummings took up a central position in Town's 4-3-3 formation for the first time since last season and had no trouble finding his feet back in the middle, forcing fouls from the Bolton centre backs.

In the early stages, it was clear that debutant, Shilow Tracey, and right back, Marlon Fossey, were both aiming to start the attack from their right side. Fossey playing his trademark 1-2 into the surrounding Town players, whilst Tracey was making himself stand out by demonstrating his blistering pace on the wing.

The Town opener came just after 19 minutes when Bolton captain George Taft misplaced his pass into the path of Ryan Barnett, who shaped the ball onto his right foot and drilled into the Bolton net.

Town’s defence were called into action straight after going ahead when Bolton’s Liam Gordon whipped a ball into the area and it was Arthur Gnahoua who would’ve thought he grabbed the equaliser, but for a wonderful stop from Harry Burgoyne.

Bolton’s press ended in a spot-kick when Aaron Pierre and Scott Golbourne clashed and brought down Gnahoua in the area. Tom White stepped up and it was the post to Town’s rescue as it rolled onto the woodwork and the away side were unable to profit from the rebound.

The Town second came from another defensive error just moments before half time. This time it was Brandon Comley who gifted the ball to Cummings, making no mistake with a low driven shot into the far post. The forward looking very comfortable in the central position, making space for himself and supplying a clinical finish.

Deadline day addition, Jan Zamburek, started the second-half in fine fashion as he found no hassle in governing the Town midfield. The new man was looking a solid signing for Salop as “good Jan” echoed around the stands on many occasions from the on-looking Sam Ricketts.

Zamburek created the first real chance of the second half as he pounced on a loose pass from Bolton’s number 1, Billy Crellin, touching the ball onto Cummings whose effort rose just over the Bolton goal.

Bolton grabbed a route back into the game on the 64th minute when a Ronan Darcy free-kick was hoisted to the back post for the substitute, Reiss Greenidge, to nod back across goal and the ball was bundled in by Adam Senior on the line.

The away side had a late chance to grab the equaliser when Darcy broke into the area and the ball fell kindly to Josh Hickman, who blazed his effort over.

23’ Brad Walker entered the book for a late challenge on Ronan Darcy, to deny a Bolton counter-attack.

32’ Josh Vela saw yellow after a challenge on Bolton’s Tom White who was injured and then replaced by Regan Riley.

45’ Jason Cummings entered the book for an aerial foul on Jack Hickman.

77’ Aaron Pierre was booked after he pulled back Bolton’s Arthur Gnahoua.

79’ Adam Senior entered the book for a foul on Ryan Barnett after Barnett passed him on the wing.

84’ Scott High committed a late challenge on the edge of the Bolton penalty area. 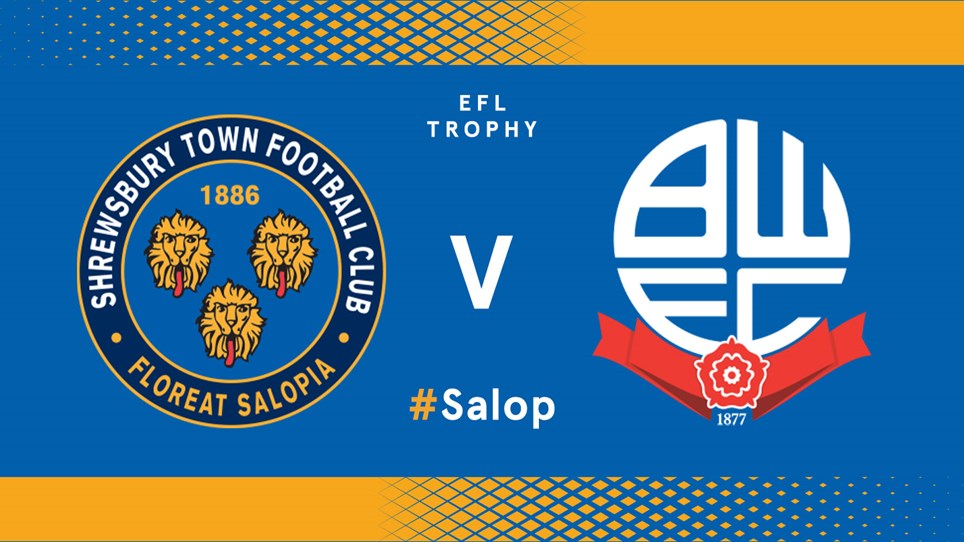 Match passes are available to purchase for Town's home clash with Bolton Wanderers.

iFollow passes are now available for supporters who are wanting to watch Town's EFL Trophy fixture with Bolton Wanderers. 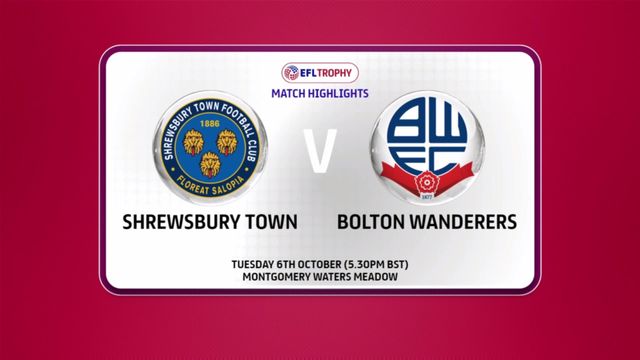 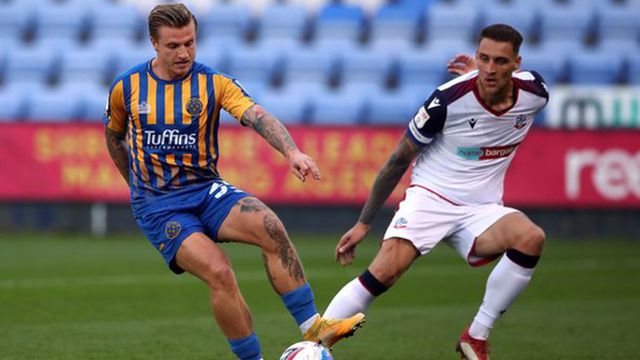