Shrewsbury Town bow out of the Carabao Cup.

Shrewsbury Town’s first competitive fixture of the 20/21 campaign came to an end with the Shrews bowing out of the Carabao Cup. Middlesbrough managed to progress into the next round with a 4-3 victory.

Town’s afternoon in the north got off to a positive start with Shrews new boy Scott High putting Salop in the lead. A wonderful strike from outside the box nestled the top corner to give Town the opening goal.

However, Marvin Johnson managed to find Boro and equaliser just minutes later. The winger connected well with a close-range volley to squeeze the ball past Harry Burgoyne in the 21st minute.

As the clock ticked past the 30-minute mark, Neil Warnock’s side found a goal to pull ahead. Johnson, making another positive impact for his team, struck a driven cross towards Ashley Fletcher who was able to poke home from close range.

Ten minutes into the second-half, Ashley Fletcher managed to secure Boro’s third goal. The striker was quick to pounce on a rebounded ball and neatly beat Burgoyne with a shot into the ground.

Rekeil Pyke continued to work hard for his team and his determined effort was nearly rewarded just before the hour mark. The forward found himself through on goal but saw his effort narrowly miss the target.

Missed chances chance didn’t deter the Shrews as Jason Cummings found the back of the net a short time later. Town’s forward picked up the ball inside the Boro box and managed to find the top corner with a curling effort.

In an end-to-end fixture, Boro managed to snatch the next goal to make the score 4-2. Marcus Tavernier struck a powerful shot towards goal and the Middlesbrough man saw his effort take a huge deflection as the ball bundled into the back of the net.

Despite missing an earlier chance, Pyke continued to search for his goal, and the forward managed to find the back of the net in the 73rd minute. A neat pass from Scott Golbourne saw Pyke in on goal and a neat finish around the keeper making the score to 4-3.

Second-half substitution Daniel Udoh came close to scoring an equaliser for his team but was denied by Boro keeper Dejan Stojankovic. The keeper dived well to meet the powerful strike at his near post to keep his team in the lead.

Burgoyne made a great save for Salop in the final moments of the match. The keeper dived well to his left in order to parry away a strong long-distance effort from Marcus Browne but Town's last efforts were not enough to pull level.

The game came to an end with the Sky Bet Championship club progressing into the next round of the Carabao Cup. 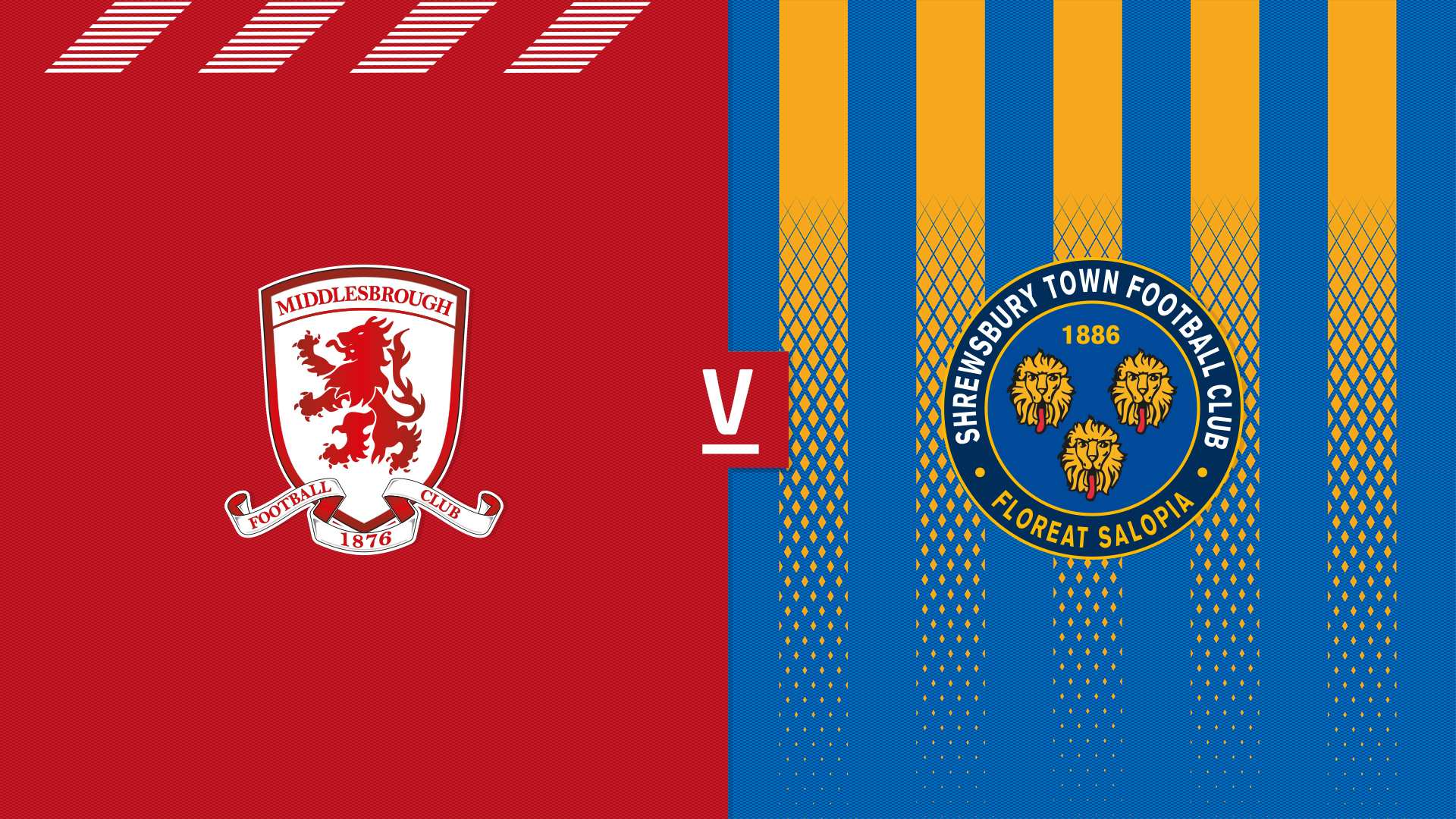 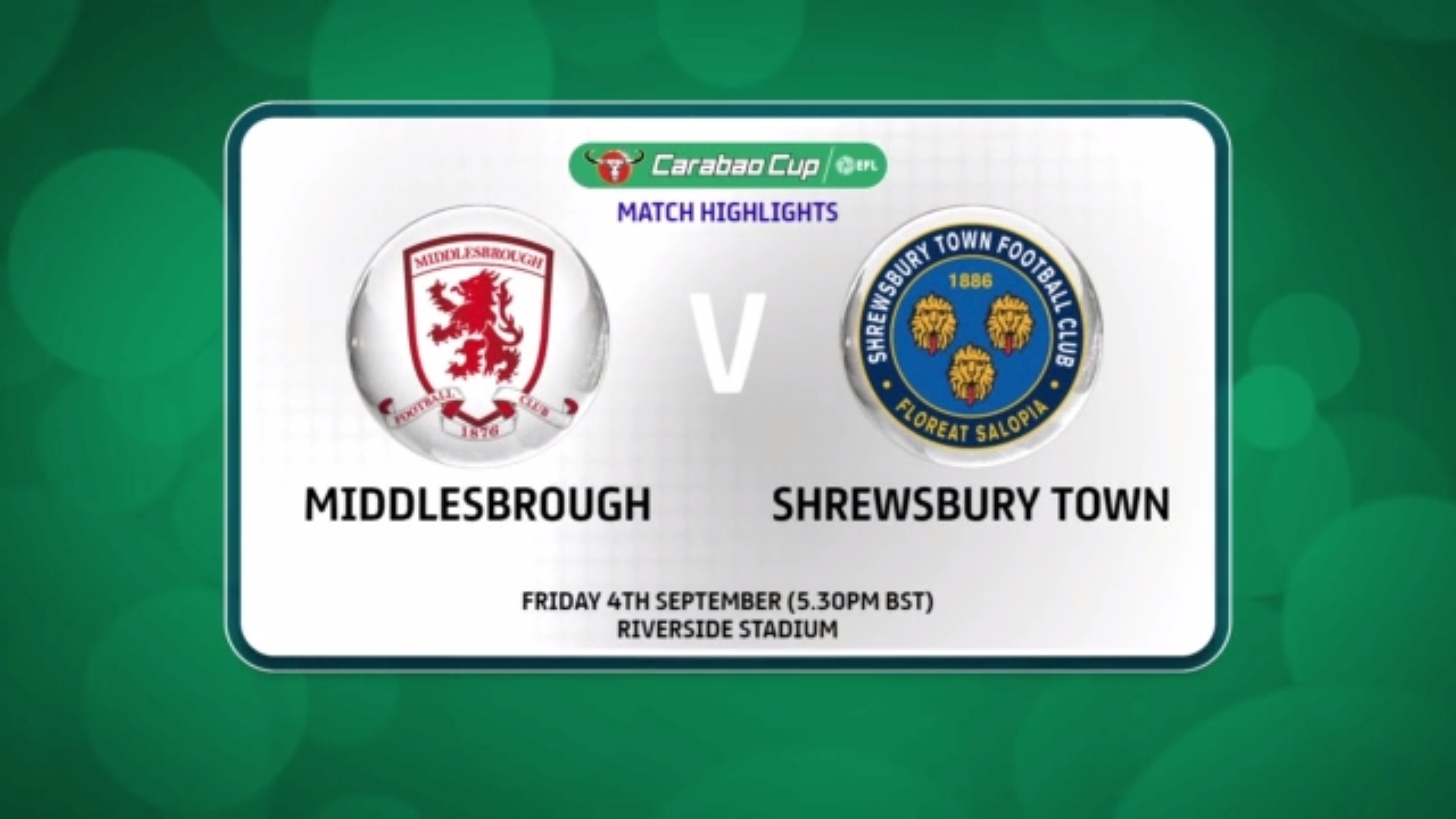 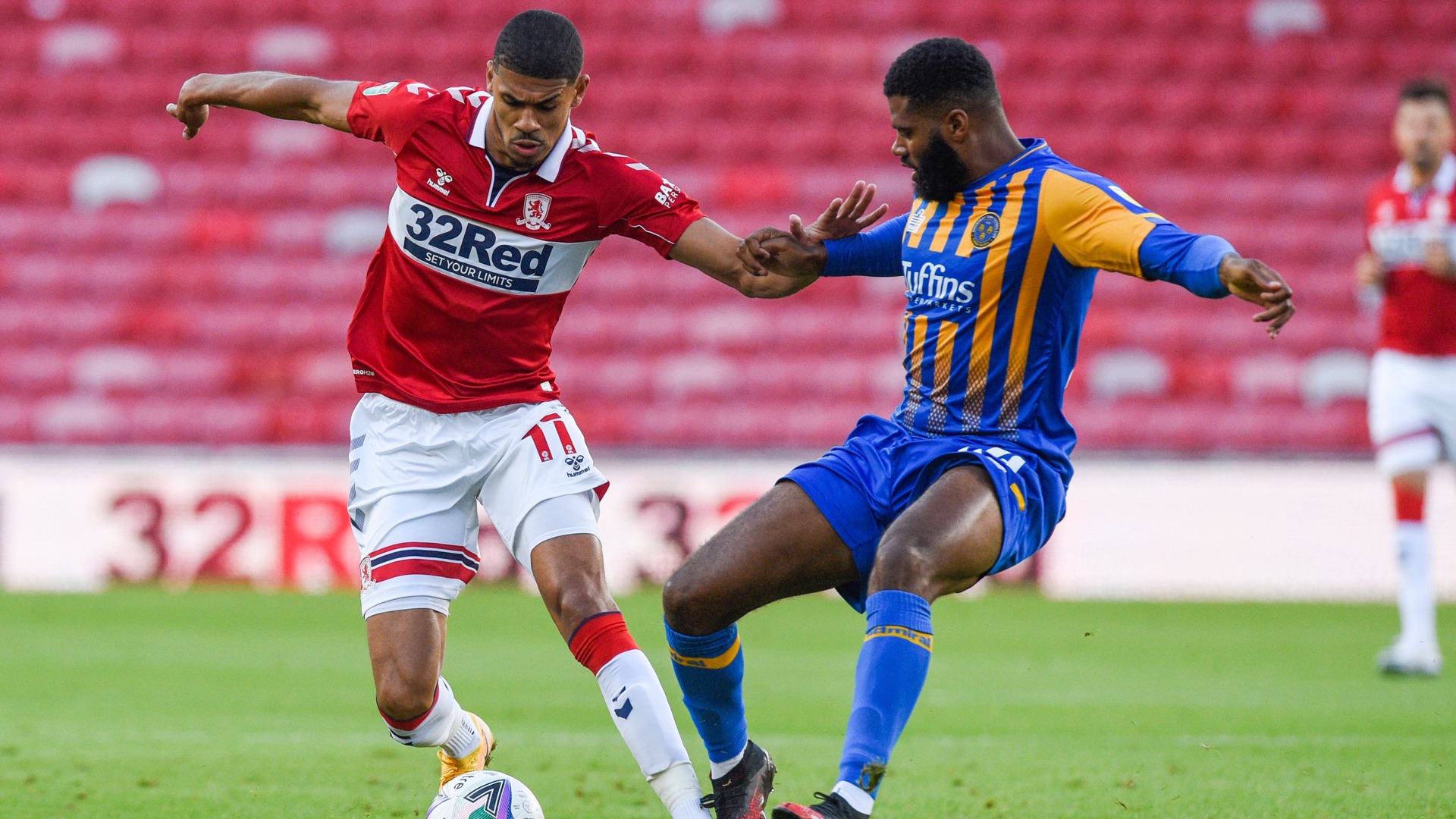