Another long haul trip for Sam Ricketts’ men as they face Plymouth Argyle in match-day three in their Sky Bet League One campaign. With the matchup on the horizon, we look at a pair of clashes the two sides have had at Plymouth’s Home Park.

In 2001, The Pilgrims hosted Town on the opening day of the league campaign. The Town boss, Kevin Ratcliffe, was two years into his managerial role at the club and was looking to cause an upset against the strong Plymouth side who would go on that season to be champions of the division - racking up an almighty 102 points.

The game was looking to fade out for an opening day stalemate until Town number 10, Nigel Jemson, broke the deadlock with a well-worked finish in the 73rd minute.

Jemson would go on to net 11 times for The Shrews that season, runner up in the goals to number nine, Luke Rodgers, who doubled that tally, netting 22 times in the 2001/02 season. Town went home delighted with the opening day three.

Shrewsbury Town made it 13 games unbeaten in League One thanks to a 1-1 draw with Plymouth Argyle. Argyle took the lead through Graham Carey’s stunning strike on 58 minutes, but Shaun Whalley found an equaliser 12 minutes from time with a curling effort.

Town pushed forward as they tried to find a winner late on, but they were met with a green wall as Plymouth put in a competitive display.

Argyle had endured a very difficult start to season and therefore it was perhaps not surprising that they felt more comfortable putting 10-men behind the ball in the early stages.

The Pilgrims were growing in confidence and Dean Henderson was forced to make save after save, this time from a Graham Carey free-kick. Town boss, Paul Hurst, had mentioned Carey’s ability from set-pieces in the game’s build up and his left-footed effort from 25 yards was heading for the bottom corner, but Henderson managed to bundle the ball away.

The opener came with 58 minutes on the clock. Town lost the ball on the edge of the Argyle box and the home side broke quickly through Joel Grant. Grant was able to find Graham Carey, who unleashed a wonderful curling strike from 25 yards, which clipped the inside of the post as it rocketed into the net, giving Henderson no chance.

Hurst decided to switch to a 4-4-2 to try and unlock the Plymouth back line and the visitors eventually managed to do just that as Shaun Whalley tried his luck from 25 yards, bending it into the bottom corner, past the despairing dive of Letheren.

A selection of photos from Town's away trip to Home Park.

iFollow passes are now available for supporters who are wanting to watch Town's Sky Bet League One game against Plymouth. 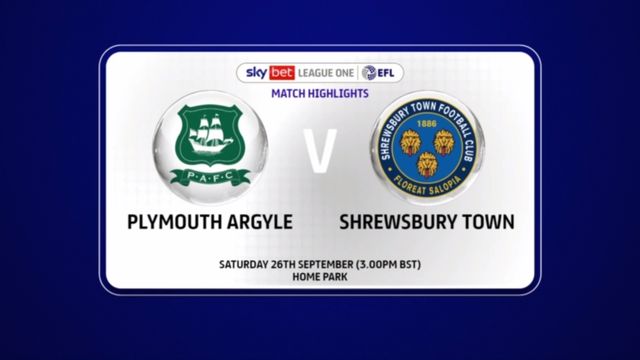 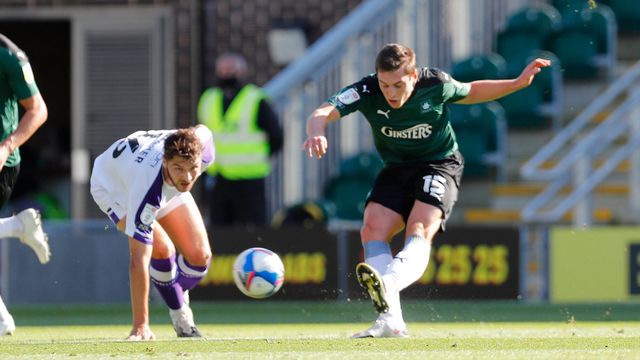