Although we started our season last weekend at Middlesborough, our season starts in earnest this weekend on the south coast against Portsmouth. Pompey came pretty close to promotion last season but they fell at the final hurdle as Wycombe somehow found their way into the Championship. Manager Kenny Jackett has brought in last seasons loanee Sean Raggett who made 37 appearances after joining from Norwich. He's also added Callum Johnson from Accrington, a versatile defensive player who can play on the right side of defence and also in midfield. So far Jackett has added one loan player with Bristol City left-back, Cameron Pring joining at the start of September.

Pompey played pretty much a full strength team last weekend in the Carabao Cup last weekend, eventually getting the better of Stevenage 3-1 on penalties after a 3-3 away draw with Ronan Curtis, Gareth Evans and John Marquis getting a goal each.

On Tuesday night, Pompey started their campaign as holders of the 2018/19 Checkatrade Trophy by beating Colchester 2-0 at Fratton Park with a couple in as many minutes for Marcus Harness. They've had to start this seasons' competition with last seasons final yet to be played but that doesn't seem to have dampened their desire.

Having signed ex-Shrewsbury Players in the last couple of seasons I was expecting the same this season but that's proved not to be the case so far this season. He has brought last seasons' loan defender Sean Raggett from Norwich, the 27-year-old made 38 appearances in all competition's last season.

Pompey have also signed 22-year-old Bromley striker Recco Hackett-Fairchild. As a younger player, Fairchild spent time with Fulham, Brighton and Dagenham but has played most of his football below the EFL.

Their latest signing is 23-year-old defender, Callum Johnson from Accrington. Originally a Middlesbrough youth player, Johnson made the move south in 2017 on an initial loan deal but was snapped up quickly and has played well over 100 games for Stanley.

As usual, relevant stats are in short supply at the start of the season so a closer look at what noises are coming from the Portsmouth camp is in order. They're generally quite confident and why shouldn't they be? A good finish last season albeit with an eventual heartache that we know only too well, should point toward an even better next season. The same manager and team with a few additions and something to prove is a dangerous combination and I think they'll be one to watch again. Having said that, I felt the same way last season and was pleasantly surprised to see us prevail at home in last seasons home opener against Portsmouth.

I suppose it might feel a little bit odd playing the same team two years in a row on the first day of the season but recently our barometers for what seems odd have been reset. The new normal is empty stadiums and difficult times ahead for all football clubs. Fortunately, this pandemic has happened at a time when technology is so well developed that we can all watch our teams online. We can also celebrate online via social media so although things seem a bit dark at the moment, they could be much, much worse. We'll all be together soon enough and I have a feeling we'll appreciate it so much more.

Town earn an opening day point on the road against Kenny Jackett's Portsmouth.

Town’s first league fixture of the 2020/21 campaign came to an end with the Shrews securing a valuable point against a strong Portsmouth side.

Despite chances for both sides in a highly competitive 90 minutes, neither side were able to break the deadlock as the points were shared on the opening day of the season on the south coast.

After a heavily contested first 10 minutes, Shrewsbury Town had a golden chance to take the lead from Shaun Whalley’s corner-kick. Brad Walker jumped well in the Pompey box but unfortunately saw his headed effort bounce back of the post and cleared away from goal. Despite the near-miss, Town were on the offensive at any given chance and continued to cause the home side issues.

Jason Cummings proved to be a continual threat to Kenny Jackett’s men as the forward continually pressed and looked to force mistakes from the home side’s back four. In the 25th minute, the striker’s persistence nearly resulted in a goal for Salop but his left-footed effort from inside the box was quickly closed down and cleared from danger.

The home side came close to nicking the lead against the run of play shortly before the 30-minute mark. Lee Brown struck a powerful curling free-kick which narrowly whistled past the Salop post.

Walker’s positive performance continued after the break as the midfielder picked up from straight where he left off. Town’s number 16 displayed a strong passing range as he looked to unlock the Pompey back four. Effort was nearly rewarded as Walker almost gave Salop the lead shortly before the 50th-minute mark but his effort from a tight angle flashed across the box.

Matija Sarkic was made to work with 65 minutes on the clock. Jack Whatmough struck a powerful half-volley towards the Salop net but Town’s shot-stopper continued his trend of calmly claiming the ball for his team and danger was averted.

Town came agonisingly close to securing all three points late on at Fratton Park as Rekeil Pyke forced a strong save from Craig MacGillivray with four minutes left on the clock. The forward latched onto a bouncing ball inside the box but was unable to poke home the winner as Town earned a point on the road.

Aaron Pierre was the next player in the books as the defender fouled John Marquis who was closing in on the Town net.

A third booking came for Town in the 34th minute as Shaun Whalley was deemed to have fouled Ronan Curtis.

Former Town player Bryn Morris was next to be carded for a foul 35-yards out from the Portsmouth net.

A fifth booking came with just over 15 minutes left on the clock for Josh Vela who made a late challenge in the middle of the park.

Match passes are available to purchase for Town's season opener against Portsmouth.

iFollow passes are now available for supporters who are wanting to watch Town's first game of the Sky Bet League One season. 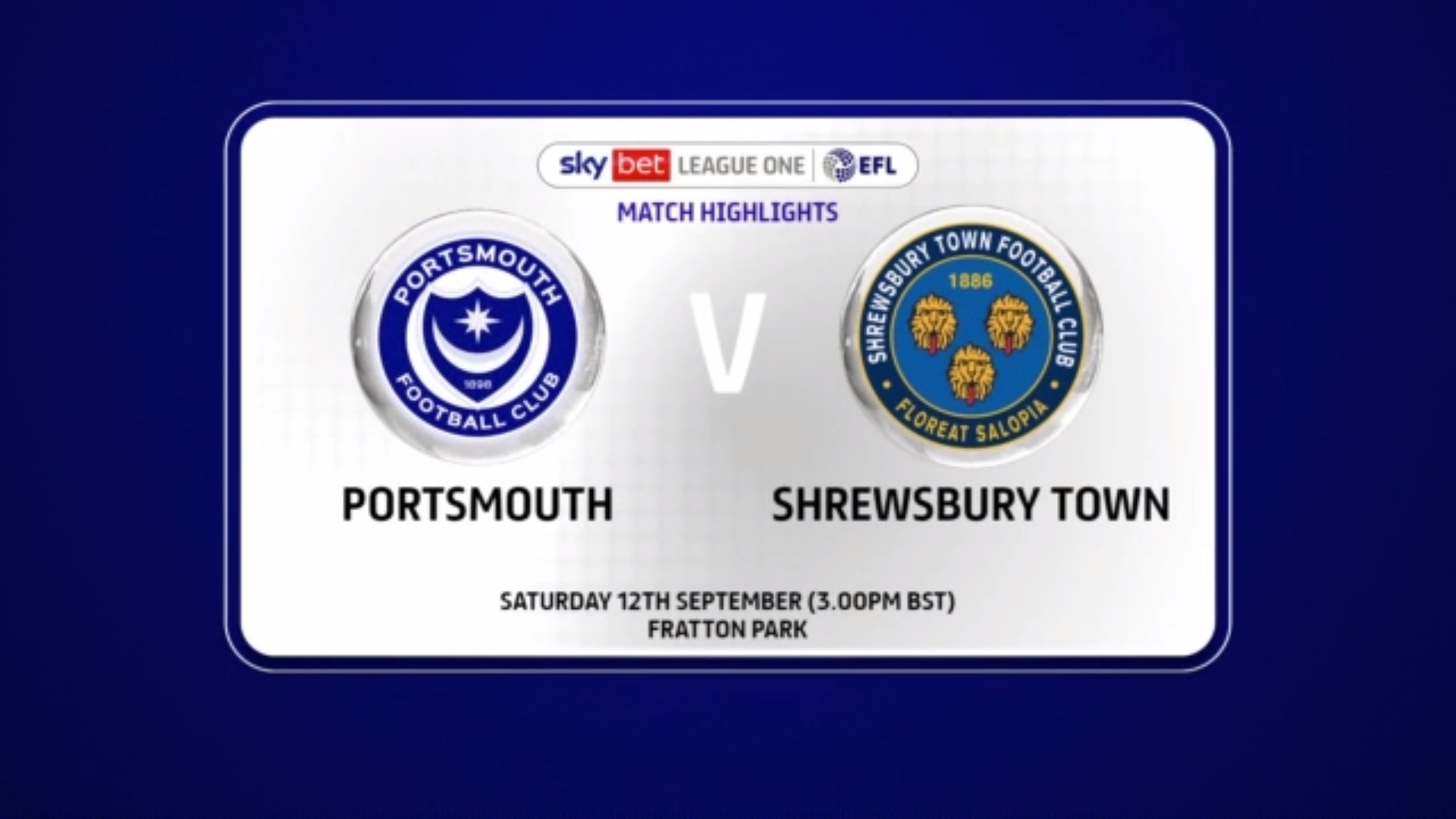 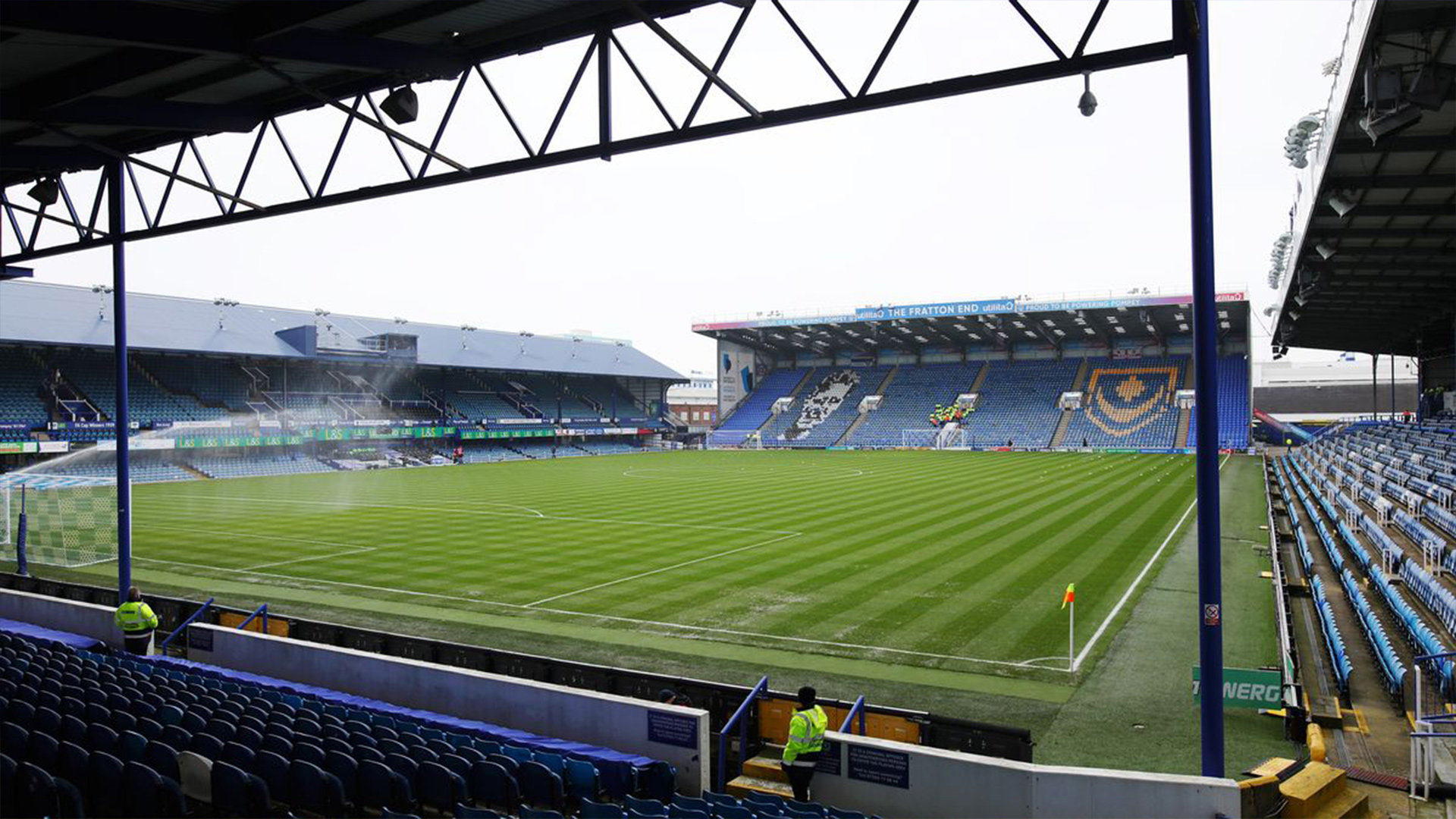 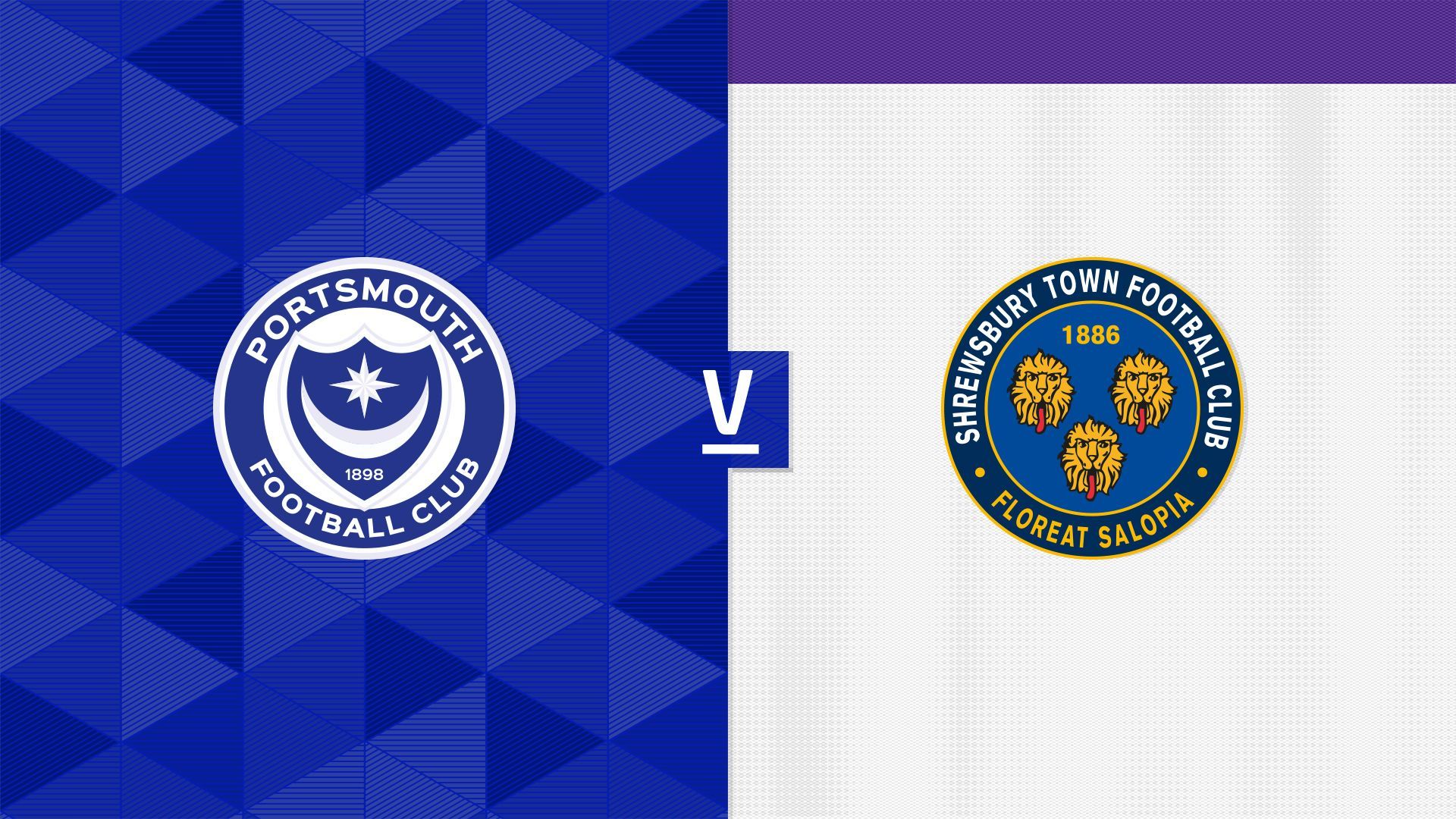