Shrewsbury Town are back on the road this weekend in Sky Bet League One as they travel to promotion-chasing MK Dons at Stadium MK.

Town are in a magnificent vein of form with three incredible wins against Morecambe (5-0), league leaders Rotherham (3-0), and Saturday’s (1-0) win against Lincoln City. This run has left Salop only two points off the top half of the table with six games remaining.

MK Dons are currently third in the league table, three points off second place Wigan Athletic and four off leaders Rotherham. They’ve had a fantastic season under manager Liam Manning who is in his first season in charge and they are all but mathematically certain of at least a play-off place at the bare minimum. Manning even won manager of the month back for September after only 11 league games in charge.

Salop are looking to do the league double over the Dons after a second-half Shaun Whalley goal secured a 1-0 win at Montgomery Waters Meadow back in October.

Scott Twine has been in sensational form for the Dons this season. With 14 goals and 10 assists in the league, he tops both charts for MK and is their most valuable attacking player. The 22-year-old has predominantly played on the left-wing this season and has proven to be an absolute steal leaving on a free transfer from Swindon Town in the summer.

MK had the first clear sight of goal in the 8th minute when Daniel Harvie received the ball in plenty of space on the left flank. Harvie managed to find a shot past Matt Pennington but couldn’t beat Marko Marosi, who stuck out an arm and turned the shot onto the post. Kaine Kesler Hayden was on the follow-up but his effort was blocked by a combination of Marosi and Tom Flanagan.

Town’s first chance fell to Ryan Bowman, but the striker couldn’t create enough space for himself and his hurried effort went wide of the mark. MK took the lead straight from the resulting goal kick as Scott Twine played a perfect through ball to Mo Eisa. The host’s number ten twisted and turned before getting the ball on his right foot and slotting past Marosi in the 17th minute.

The second half started quickly and MK doubled their lead in the 54th minute. Tyrese Fornah collected the ball on the edge of his own penalty area before being bowled over and winded. However, play continued with Fornah still grounded and Scott Twine curled his effort home.

MK had the ball in the back of the net for a third time 12 minutes later when Harry Darling headed the ball home, but Shrewsbury’s blushes were saved by the linesman’s flag.

This was more or less the end of the action as Shrewsbury kept the hosts at bay while struggling to create a clear-cut chance of their own and the points remained in Buckinghamshire.

Ryan Bowman picked up an early booking in the 11th minute for a foul on Harry Darling.

Tom Flanagan was booked early in the second half for dissent following MK’s second goal.

Elliott Bennett joined his teammates in the referee’s book in the 71st minute for a foul and Josh Vela followed suit in the 78th minute. Luke Leahy was also booked for a foul in the 90th minute.

Ticket details for our Sky Bet League One trip to MK Dons have been released.

We also have five pairs of Wheelchair and Carer tickets available.

Tickets go off sale from the ticket office and online at 2 PM on Friday 1st April.

Bookings must be placed before 5pm the day before the game.

If you have booked your seat and are unable to travel, you can ring Owen’s Coaches on the number above and you will receive a full refund. 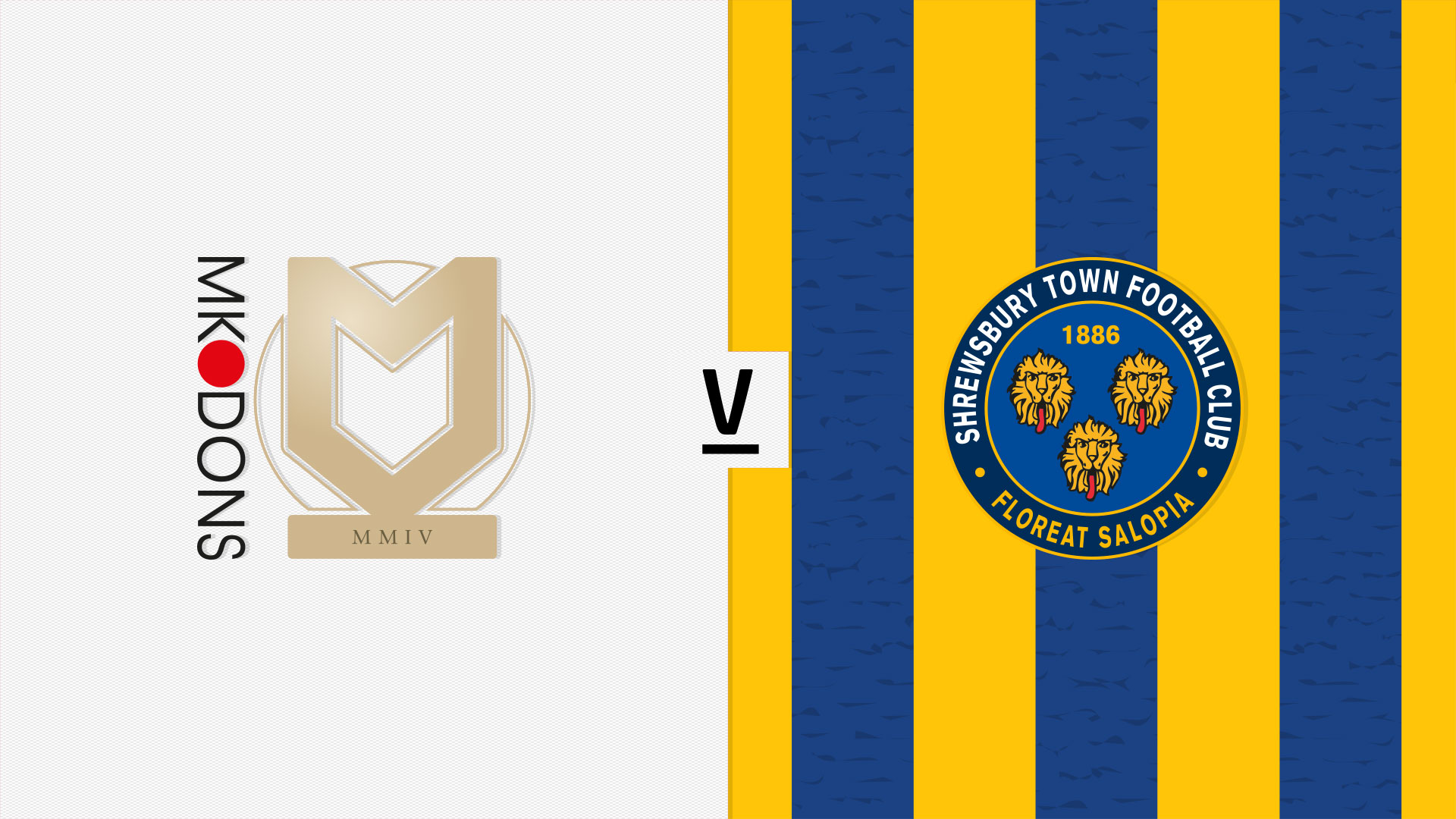 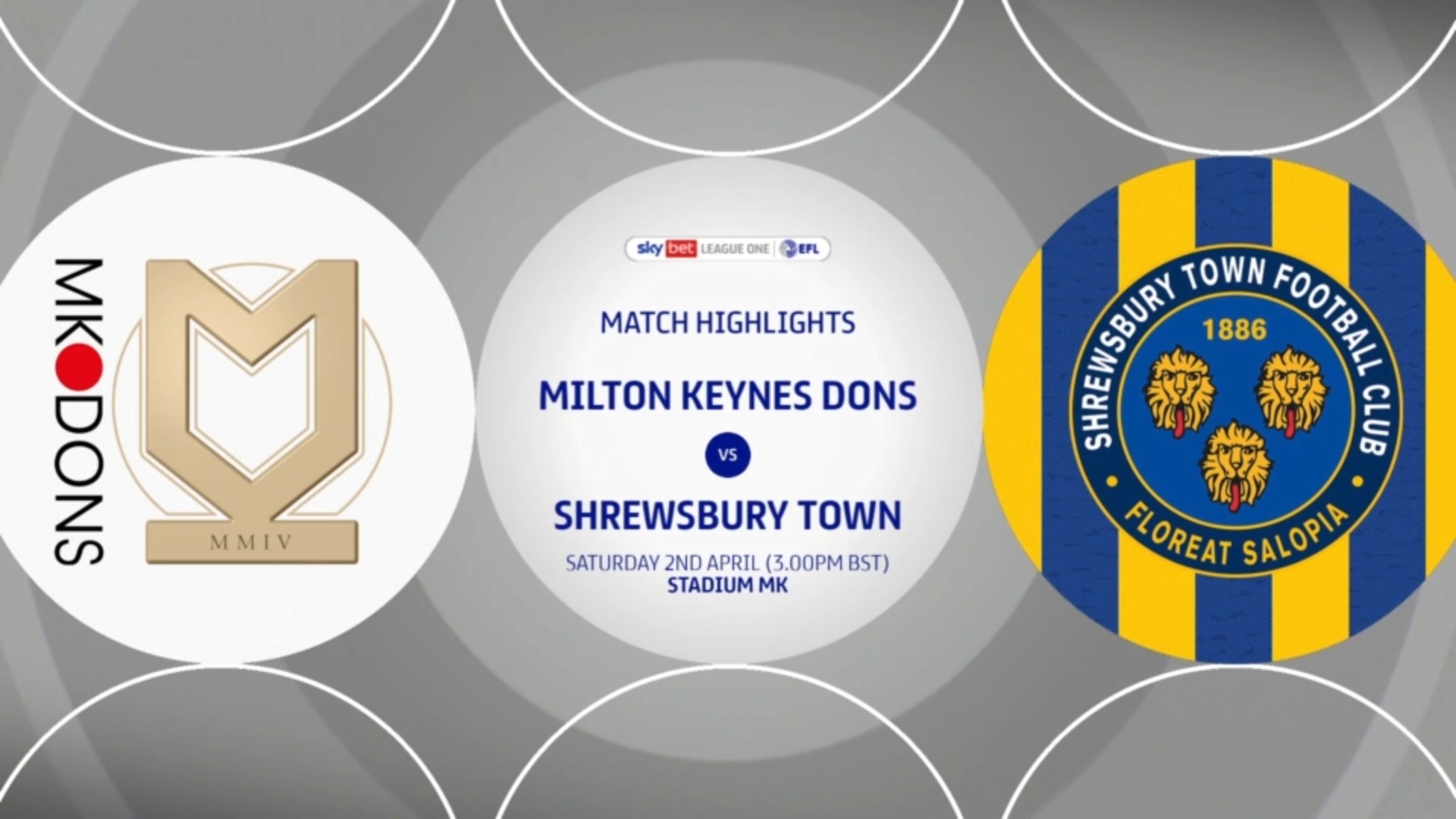 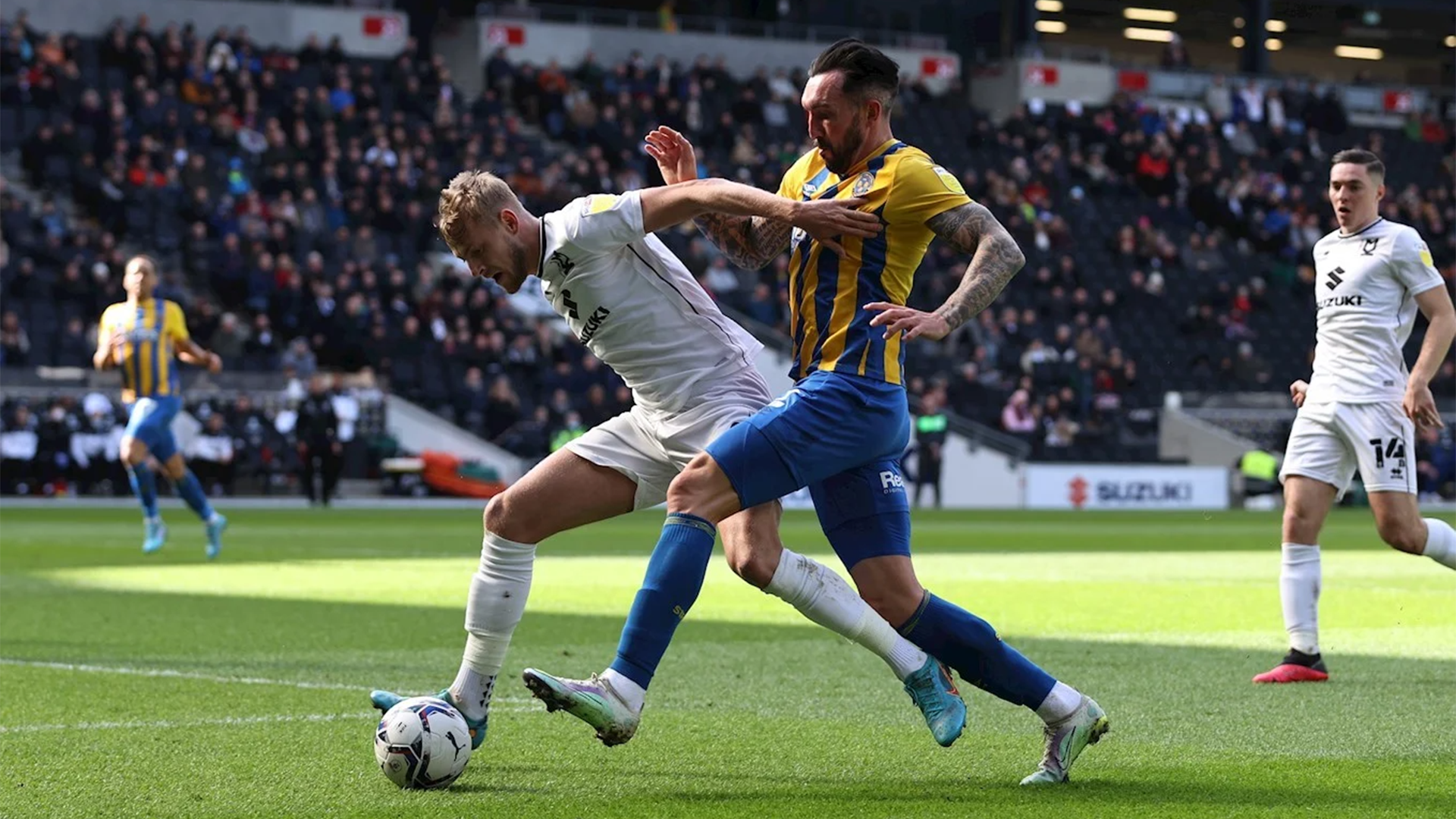