Shrewsbury Town suffered late heartbreak for the second game in a row as Doncaster Rovers came from three goals down to draw at Montgomery Waters Meadow.

Town got off to the stronger start and tested the Doncaster 'keeper in the opening seconds as Josh Vela fired a teasing effort that was caught by the former Town player, Jonathan Mitchell.

Shrewsbury dominated possession in the opening 20 minutes and deservedly took the lead when Dan Udoh found a gap in between Doncaster's two centre-backs, collected Luke Leahy's long pass in his stride, and struck a low effort across Mitchell and into the back of the net.

Ryan Bowman added a second 15 minutes later when he met Vela's deep cross with a powerful header at the back post. It marked the striker's tenth league goal of the season and put Salop well in control over the struggling visitors.

Two became three before half-time as George Nurse broke down the left-hand side and slid a low ball across the face of goal. Its trajectory was interrupted by the boot of Shaun Whalley, which diverted the ball into the bottom corner of Mitchell's goal for his second goal in three games.

The visitors pulled one back early in the second half through Mipo Odubeko, who side-footed the ball home when Town failed to clear a free-kick and the ball fell to him on the penalty spot.

Doncaster had a golden chance to get another goal when the ball fell to Matt Smith in the six-yard box, but the young central-midfielder couldn't get enough power behind his shot and Matt Pennington shinned it clear.

Barely two minutes later, Doncaster did convert a second as Reo Griffiths went clean through on goal and slid the ball into Marko Marosi's bottom right-hand corner in the 77th minute.

This jumped Town into action and they went close four times in the next five minutes as Bowman (twice), Pennington, and Leahy all saw efforts narrowly miss the target.

Then, for the second game in a row, Shrewsbury were condemned to late heartbreak as Kyle Knoyle poked home Doncaster's equaliser in the 93rd minute and the points were shared.

Shaun Whalley was booked for a foul late on. 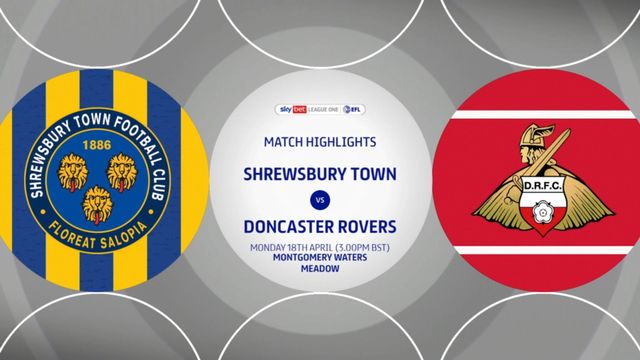 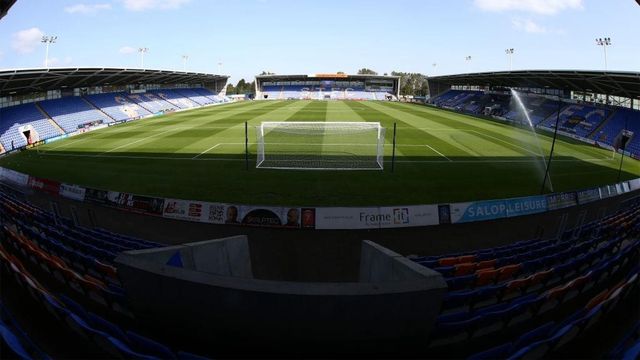