Salop come into this one off the back of their 2-0 away defeat to Charlton Athletic last weekend and are looking for their first win since the 1-0 home win over Lincoln City at the end of the last month. Steve Cotterill’s side are currently 17th in the league table and depending on how results go on Saturday, could finish the season one place higher or one place lower.

Wigan come into this one on the joint second-worst run of form in the league and are also without a win in five league games and suffered a disappointing 3-2 defeat away to Portsmouth on Tuesday night after being 2-0 up at one point in the game.

Following a poor season last year when Wigan finished one place above the relegation zone, manager Leam Richardson has done a fantastic job at turning his side's fortunes around with them now looking almost certain to gain promotion back to the Championship.

One to Watch: Will Keane

Will Keane has been in sensational form this season in Wigan’s push for promotion. He’s the league’s top goalscorer with 24 goals, joined with Sunderland’s Ross Stewart. Keane also has seven assists showing how much of a well-rounded striker he is.

The former Manchester United player joined Wigan last season following spells with Hull City and Ipswich Town which unfortunately didn’t work out for him. But now at the age of 29, Keane has found himself at a club which has proven to be a good match for both parties and in his short time with the Latics, has found himself become a fan favourite.

Shrewsbury Town suffered a 3-0 home defeat on the final day of the Sky Bet League One season at the hands of Wigan Athletic on a day where the visitors were crowned League One Champions.

Marko Marosi made a great save in the 23rd minute when Max Power tried to fire a free-kick from 30-yards into the bottom corner, but the Salop keeper scrambled across goal to tip it wide.

The visitors, rather fortunately, took the lead with just a couple of minutes left of the first half when, in the 43rd minute, a free kick on the left-hand side from James McClean struck the post before rebounding off Josh Vela and creeping into the back of the net.

Wigan then doubled their lead four minutes after the restart when they received a penalty after Tom Flanagan closed a shot from outside the box but struck his arm as it entered the box. Will Keane then stepped up and sent Marko Marosi the wrong way as he slotted it into the bottom left corner.

They then got a third when a free kick on the right-hand side from McClean took a little touch off Keane and glided into the back of the net for his second.

Salop had a great opportunity to get one back in the 79th minute when Joshua Daniels did brilliantly to win the ball back near the by-line before squaring an unmarked Udoh in the box. However, the Salop striker failed to get a shot away and Ben Amos got down to gather it. Luke Leahy then had another chance from a free-kick just outside the box in the 87th minute but he fired his shot narrowly over the bar.

As the curtain draws on another exciting season of football in Sky Bet League One, the final league standings see Salop finish in 18th place as attention now turns to next season.

Josh Vela was booked in the 60th minute for a challenge on Jordan Cousins.

Luke Leahy was then shown a yellow card in second-half stoppage time for a foul on Callum Lang. 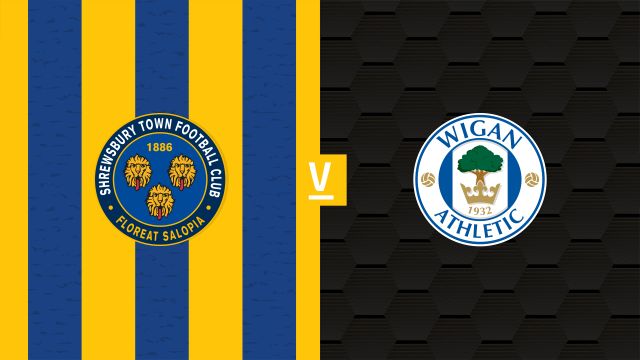 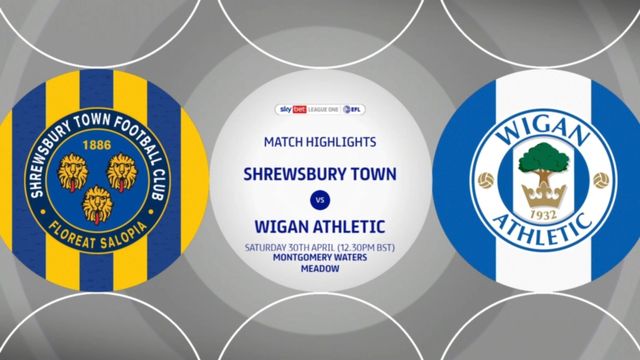 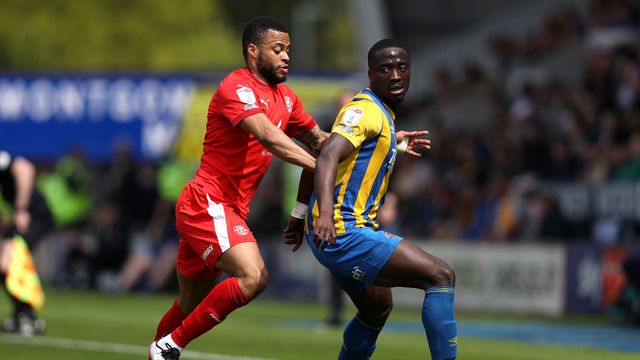