Take a closer look at the latest stats and facts in our match preview ahead of Salop’s Sky Bet League One fixture against Portsmouth.

Portsmouth enter tomorrow night’s fixgure being unbeaten in the league, and despite it being early days, the south coast outfit have a point to prove in climbing back up the ranks of the EFL. The new season marks a new era for the club, with managerial duo Danny and Nicky Cowley starting their first full season at Fratton Park.

The Cowley brothers are a familiar name amongst Town fans, one that may leave a sour taste. The two were managers of Lincoln City during their EFL trophy run of 2017/18, meeting Salop in the final at Wembley. As many Town fans will remember, it was a victory in the red side of the corner, with Lincoln and the Cowley’s earning themselves promotion to League One in that same year.

A short stint at Huddersfield led the two to Fratton Park, leading Pompey to an eight-place finish last year, just two points shy from the play-offs – a territory the club will have their eyes set upon throughout this season. With regards to this season, Portsmouth’s form thus far has been convincing, and despite a 2-1 loss to Millwall in the Carabao Cup, they’ve started their league campaign with two wins from two. Wins against Fleetwood and Crewe Alexandra respectively have left them second in the table, level with leaders Wycombe.\

Town’s opening Carabao Cup win against Lincoln showed the fight Salop fans have become familiar with under manager Steve Cotterill. Impressive results against the likes of Hull, Lincoln and Sunderland show that Town are more than capable of taking a strong result home with them.

Gavin Bazunu joined Pompey this summer on-loan from current Premier League champions Manchester City. Despite the ‘keeper’s young age, he is no stranger to first team football in the EFL, having played 29 times for Rochdale last season in League One – keeping four clean sheets.

Starting his season with a clean sheet against Crewe Alexandra, Bazunu has shown what he’s capable of, appearing for the Republic of Ireland national team on multiple occasions whilst even being tipped as No.1 ahead of future international breaks. Bazunu is recognised for his confidence in goal, as well as with his feet, with manager Cowley highlighting recently how he can be “a real protagonist in our attacking play, despite wearing number one” – so expect the Irishman to set a high line on Tuesday night.

Clark Robertson is yet another newcomer to Fratton Park, having recently signed from Rotherham in July. Starting his career at Aberdeen, the 27-year-old rose through the academy and became a first team regular before his move to Blackpool in 2015 – where he played 137 times.

With a plethora of first team experience, it was clear the Cowley’s looked at Robertson as a leader and role model within the team, appointing him as captain despite him only joining a short while ago. The Scotsman’s physicality is felt at both ends of the pitch and can be an aerial threat when called upon. So far, the defender has seemed to fit in well to Cowley’s system, and has given reason to him being awarded captaincy so early on in his time at Fratton Park, keeping two clean sheets from two in the league.

Hailing from Coventry, Marcus Harness has appeared to really find his feet in a Portsmouth shirt. Joining in 2019 from Burton Albion, the winger struggled to make his mark amongst the Burton XI and has since made more appearances in his two years on the south coast than he did during his six at the Pirelli Stadium – in which he was sent out on loan three times. He stood out against his former club last season, scoring a hat-trick in October of 2020.

Since progressing into a more attacking role, Harness has undoubtedly developed under the Cowley’s into a role that kept him at the centre of a lot in the final third. Achieving his ten-goal target from last season, the 25-year-old will be one to watch - especially after his bright start to this season – scoring last weekend against Crewe Alexandra.

John Marquis is a name many will recognise in the EFL, and one Steve Cotterill’s side will have marked down as a key player to look out for. Known for his goalscoring threat, the striker moved from Doncaster Rovers to Portsmouth in 2019.

But despite his reputation, the striker’s performance has fluctuated at times, with Saturday’s game against Crewe more or less encapsulating that. After a rather uninfluential first-half, some labelling his efforts ‘poor’, the striker eventually found the net which no doubt gave him the confidence he needs to become Pompey’s star man in front of goal. This season will be key for the former Doncaster frontman, as he looks to replicate the form that earnt him a move away from Keepmoat.

Shrewsbury Town's Sky Bet League One away fixture with Portsmouth ultimatrly ended in defeat as Town left the south having faced a 1-0 loss.

Ryan Tunnicliffe's third-minute goal was the difference between the two sides as the early goal secured Danny Cowley's men all three points.

Town's afternoon at Fratton Park got off to a disappointing start as the home side found the first goal of the fixture in just the third minute. Ryan Tunnicliffe dribbled through the Salop back line to find a yard of space in the box. Pompey's number eight then took his chance and buried his effort into the bottom corner of the net.

Despite the early setback, Town kept on pushing forward with every foray forward and attack. The forward trio of Tom Bloxham, Dan Udoh and Sam Cosgrove kept the Pompey defence busy whilst Luke Leahy continued to cause issues down the left side.

As the clock ticked just over the 30-minute mark, Matthew Pennington made a pivotal block in the Town box to deny the home side a second. A bobbling ball in a busy area fell the way of Clark Robinson but Pennington's quick reactions saw the Salop number five thrust his body in the way of the goalward effort.

Early in the second-half, Leahy nearly found the back of the net for the Town. The left-wing-back went through on goal but saw his shot from a tight angle turned around the post by Pompey number one Gavin Bazunu. Josh Vela came close a few moments later. Town's number 10 received the ball on the edge of the Pompey box but his driven strike was calmy claimed by the 'keeper.

As the half progressed, Town continued knocking on the door. Late on - in the 90th minute - Aaron Pierre came agonisingly close to giving Town an equaliser. Bennett lofted a smart cross into the box, Pierre rose highest but his headed effort was parried wide of the goal.

Despite their best efforts and determined play, Town couldn't find a way back into the fixture as all three points remained at Fratton Park.

Ronan Curtis was the first player shown a yellow card. The forward was booked for a foul on Bennett in the 20th minute.

Josh Vela was shown a yellow card by referee Trevor Kettle in the 54th minute for a late tackle in the middle of the park.

Tickets are now on sale for our Sky Bet League One trip to Fratton Park.

We have been allocated 500 tickets for the game and Town fans will be housed in the Milton End.

Wheelchair and Carer - £15 (Higher Rate DLA). Those requiring Wheelchair spaces need to call Portsmouth direct on 0345 646 1898. These spaces will be in the HOME section of the ground in front of the Fratton End.

TICKETS WILL NOT BE AVAILABLE ON MATCH DAY

Wheelchairs are charged at the same age groups, Carer tickets are free of charge if required.

Tickets go off sale from the ticket office at 3pm on Monday 16th August. 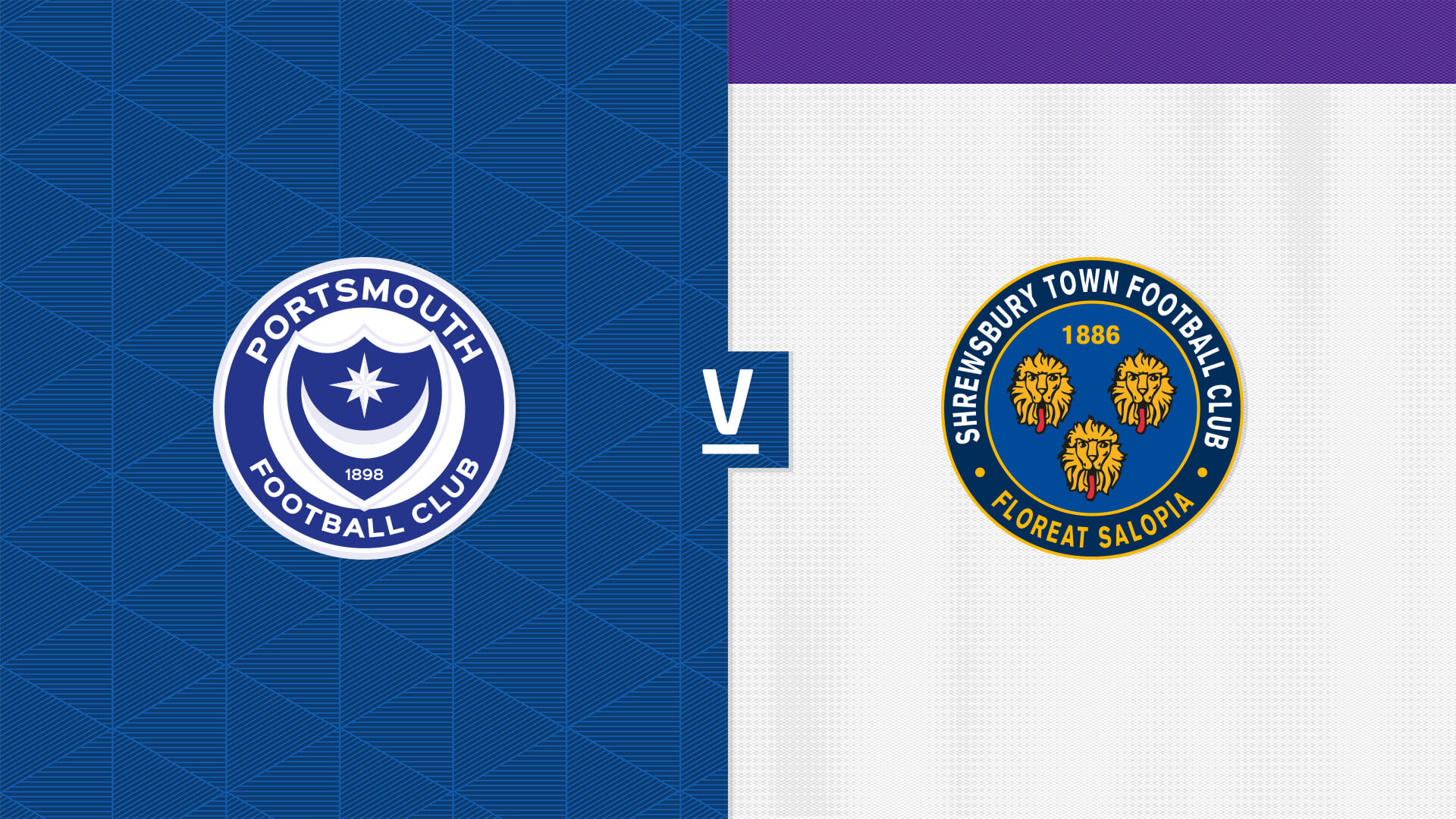 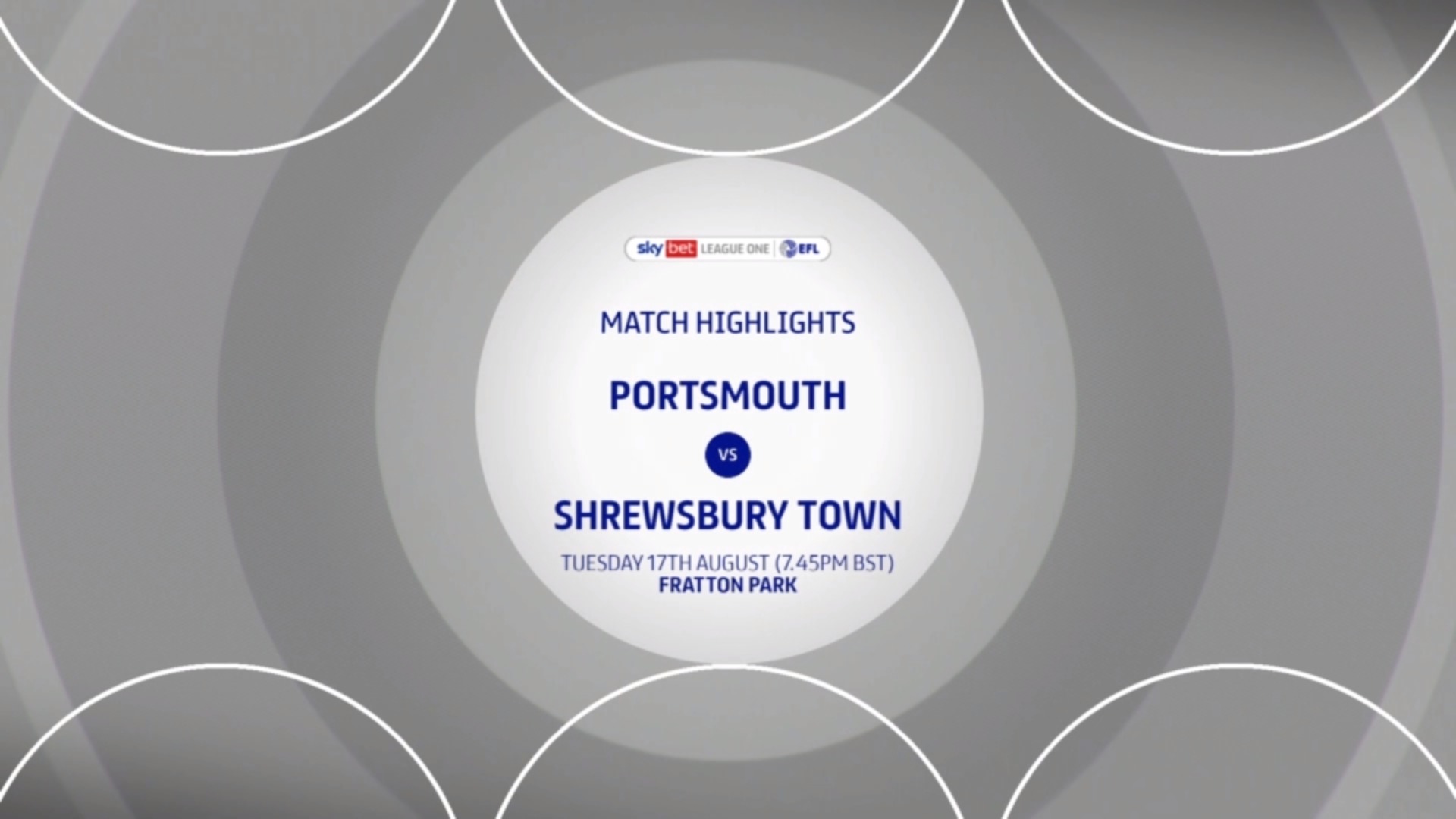 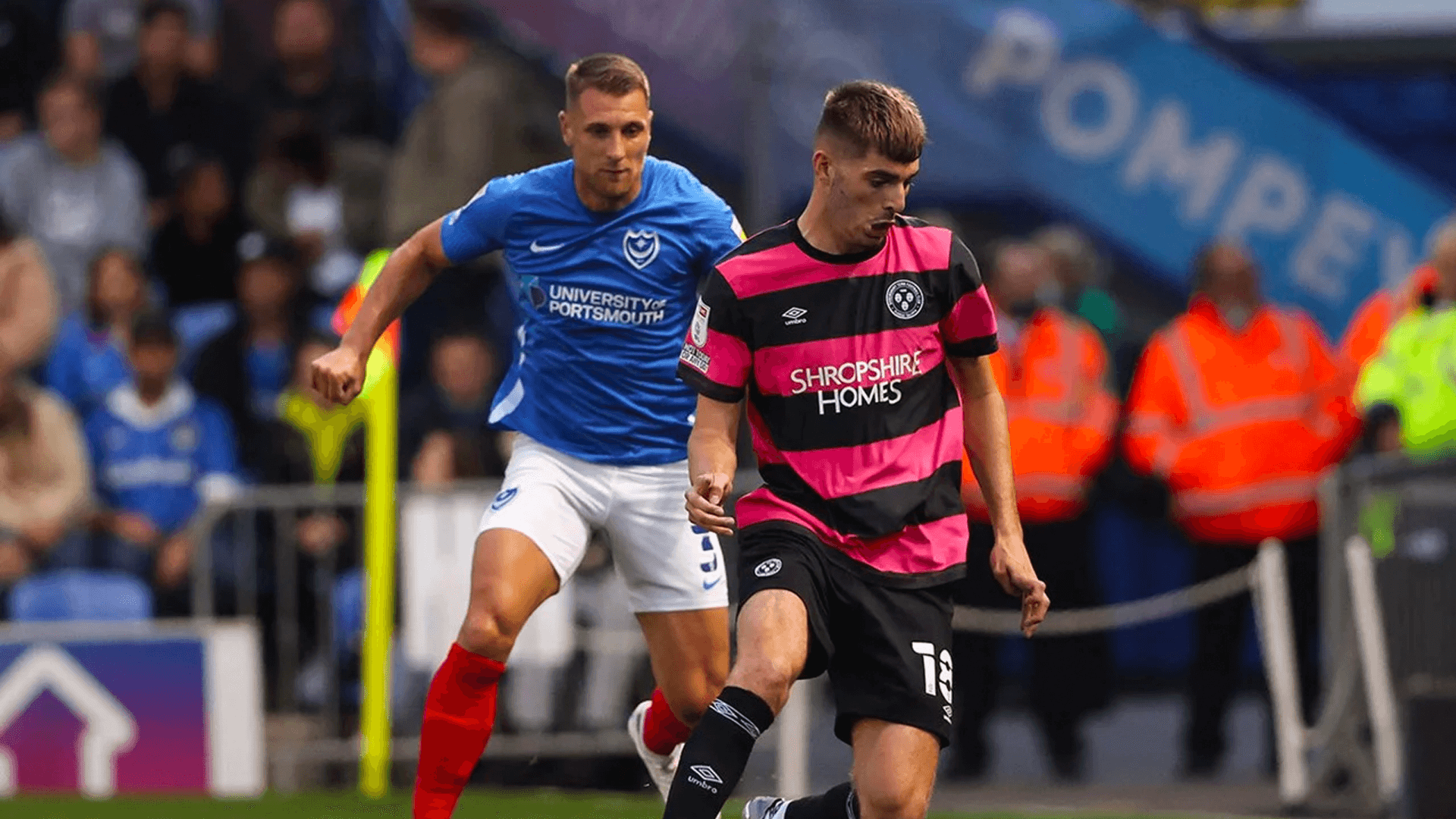