Shrewsbury Town fell to defeat away at Doncaster Rovers on Saturday afternoon after Joseph Olowu’s late header provided the only goal of the game.

The opening ten minutes were largely controlled by Salop, but it was the hosts who should’ve opened the scoring. With 14 minutes played, Jordy Hiwula slotted the ball past Marko Marosi and a goal looked certain until Luke Leahy came sprinting in and cleared the ball off the line to rescue his side.

Shrewsbury’s first big chance came courtesy of Tom Bloxham who collected the ball just inside the penalty area on the left wing and fired the ball into the far corner, only for the linesman’s offside flag to bring the celebrations to an abrupt halt.

The game developed into a scrappy affair as the first half progressed and neither side was able to create a dangerous opportunity until the second period.

That dangerous opportunity fell Shrewsbury’s way. George Nurse wound himself up and sent a long throw into the penalty area that was flicked on by Matthew Pennington before bouncing just in front of the onrushing Leahy. The defender was inches away from tapping the ball home from close range.

Salop were enjoying a period of dominance as the hour-mark came and went. Pennington forced Louis Jones into a fantastic save with a header from six yards out but shortly afterward, Doncaster went up the other end and almost took the lead. Aidan Barlow broke forwards on the counter-attack but seemed to completely run out of ideas when he entered the final third and the move broke down.

The chances were coming thick and fast now. In the space of eight minutes, Elliott Bennett went close from a tight angle, and then Dan Udoh went close twice, the first time was with a header that was blocked by Jones and then he attempted to turn Nathaniel Ogbeta’s cross home but couldn’t get enough on it and the ball slipped just the wrong side of the post.

Despite Shrewsbury’s dominance in the second period, the deadlock was eventually broken by Doncaster. Tommy Rowe delivered a corner in the 79th minute and Olowu powered through the sea of Salop defenders to head the ball home.

Salop pushed for an equaliser as the game entered its closing stages but were unable to break down their stubborn hosts and were sent back to Shropshire empty-handed.

Branden Horton picked up the first yellow card of the game for a late challenge on Josh Daniels just inside the host’s half.

Josh Vela joined him in the book in the 75th minute after committing a foul to prevent a Doncaster counter-attack.

Ethan Galbraith was booked for his reaction to Vela’s tackle.

Ticket details are now available for our Sky Bet League One away fixture with Doncaster Rovers.

Tickets are now on sale for our Sky Bet League One trip to Doncaster.

There are 4 pairs of Disabled and Carer Wheelchair bays available.

Tickets go off sale from the ticket office and online at 2pm on Friday 10th December. 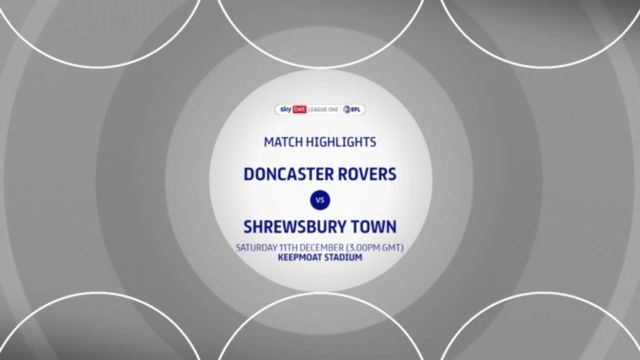 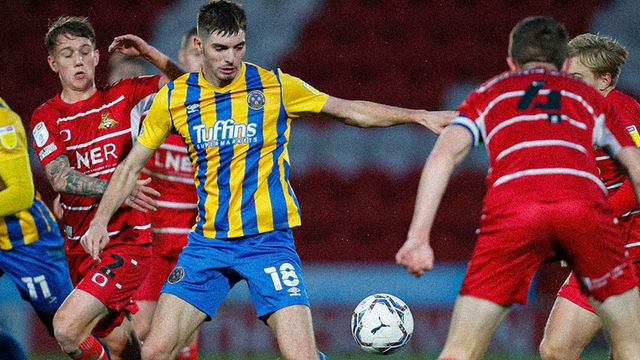