Shrewbury Town took all three points back to Shropshire after a thrilling second half performance saw them defeat Fleetwood Town in Lancashire.

The opening ten minutes of the fixture suggested there would be goals aplenty at Highbury Stadium as both sides looked dangerous going forward and had luck creating chances. The hosts went close a couple of times with long-range efforts and Salop's Ryan Bowman was providing a useful focal point of the attack on his return to the starting 11, bringing long balls down and almost finding himself on the end of dangerous crosses on two occasions in the opening quarter of an hour.

This openness was quashed over the next 20 minutes and the game slowed as the sides figured each other out. There was little to note by way of chances throughout the rest of the first period, only Nathanael Ogbeta's volley that crept wide of the post from the edge of the box in the 43rd minute.

Shortly into the second half, Bowman got his reward for his hard work in the first half, slotting Ogbeta's squared ball home. The young winger ran onto a perfectly weighted through-ball and passed it across Alex Cairns to the onrushing Bowman who tapped the ball into an empty net in the 48th minute.

Fleetwood began to look dangerous after the hour mark, Chris Conn-Clarke broke and forced a smart save from Marko Marosi before Salop got bodies behind to ball to deflect Cian Haynes' shot wide.

Despite the Cod Army's pressure, they were still vulnerable at the other end and it was Josh Vela who took advantage and doubled Salop's lead. Dan Udoh collected the ball by the corner flag and played it inside to Vela. The midfielder shifted the ball onto his left foot and curled the ball perfectly into the bottom right-hand corner of Cairns' net with 72 minutes played.

Two soon became three as Udoh turned goalscorer with a rocket of an effort off his left foot that cannoned in off the bar in the 81st minute to secure Shrewsbury's second consecutive win.

Luke Leahy was the first man in the referee's book. He picked up a yellow card for tripping an opposition player in the 40th minute.

Dan Udoh was the next man in the book, bringing down Cian Haynes who was on the counter-attack.

Tickets are now on sale for our SkyBet League One trip to Fleetwood.

We have been allocated 400 tickets for the game and Town fans will be housed in the Percy Ronson and Parkside Stands.

Tickets go off sale from the ticket office and online at 12pm on Friday 24th December. 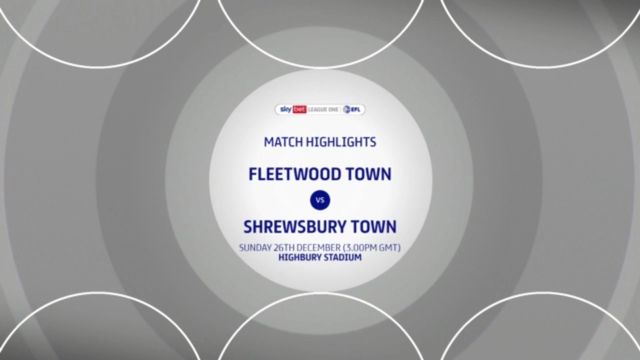 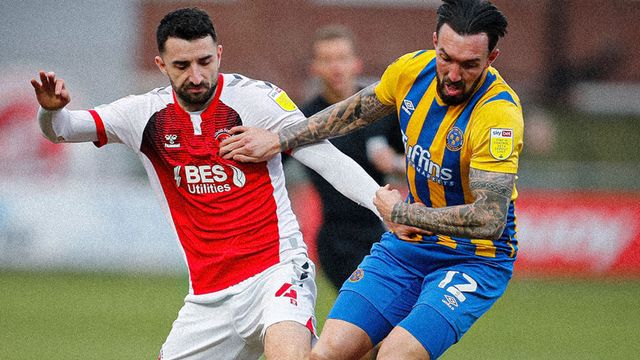