Shrewsbury Town finished 2021 with a 0-0 draw against Accrington Stanley at Montgomery Waters Meadow on Wednesday night.

Shrewsbury started the first half brightly and should have gone 1-0 up inside three minutes. Elliott Bennett - who caused the Accrington defence many problems in his right-wingback position - delivered a dangerous ball into the box where Luke Leahy headed a powerful shot at Toby Savin, who did well to get down to his right and parry the ball away.

Leahy had another golden opportunity in the 15th minute. The ball fell to him in the box following a flick on from a long throw-in but the midfielder put it wide from close range.

The visitors had a good chance to get a goal when, in the 45th minute, Ethan Hamilton tried a venomous shot from 30 yards, but Marko Marosi was equal to it and parried it wide for a corner.

There wasn’t much to shout about in terms of chances for both sides in the second half, only that Marosi was forced into two good saves in the 65th and 69th minute. The first one came after Ross Sykes rose highest and headed the ball towards the bottom left-hand corner of the Slovakian's net, forcing him to get down quickly and turn it round the post. The second one came after Sean McConville fired a shot from 25-yards, but Marosi tipped the ball wide at full stretch to his left.

Dan Udoh had a good chance in the 72nd minute when he picked the ball up outside the box but could only fire his shot over the bar. Salop felt like they had a strong claim for a penalty in the 90th minute when a shot from Ryan Bowman inside the box struck Michael Nottingham but the referee waved any claim away.

Matthew Pennington was booked in the 59th minute when he caught Sean McConville with a high boot when trying to bring the ball down.

Mitch Clarke was booked in the 73rd minute for a late challenge on Luke Leahy just outside the box on the left-hand side.

Ross Sykes was also booked in the 83rd minute for an extremely late challenge on Dan Udoh when the forward was on the break.

Tickets are now on sale for our home game with Accrington Stanley on Wednesday 29th December 2021.

Collections before these times will still be from the Main Ticket Office. 10am – 5pm Mon to Fri.
Supporters are encouraged to buy in advance if they can to help beat the queues on matchday. 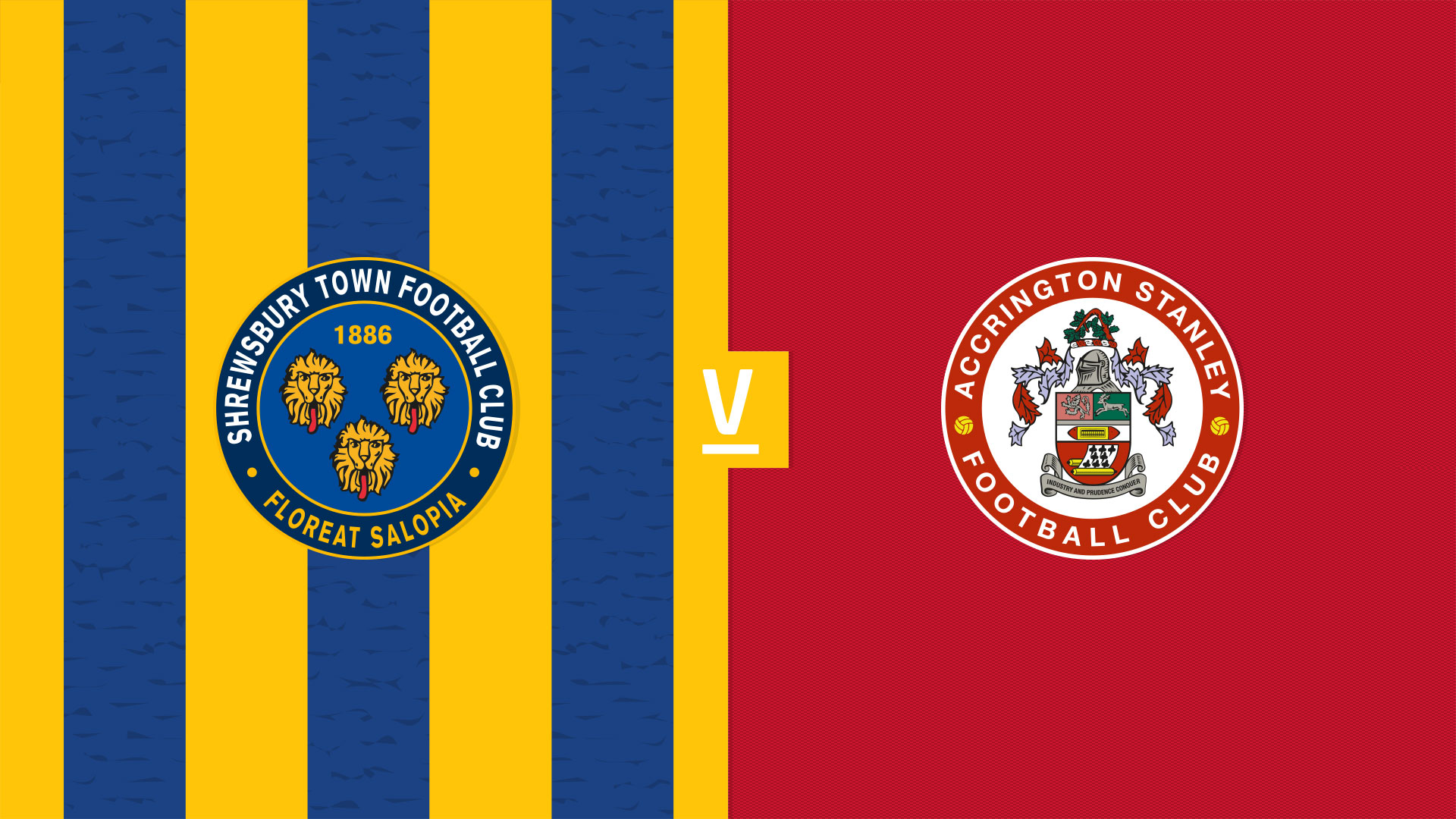 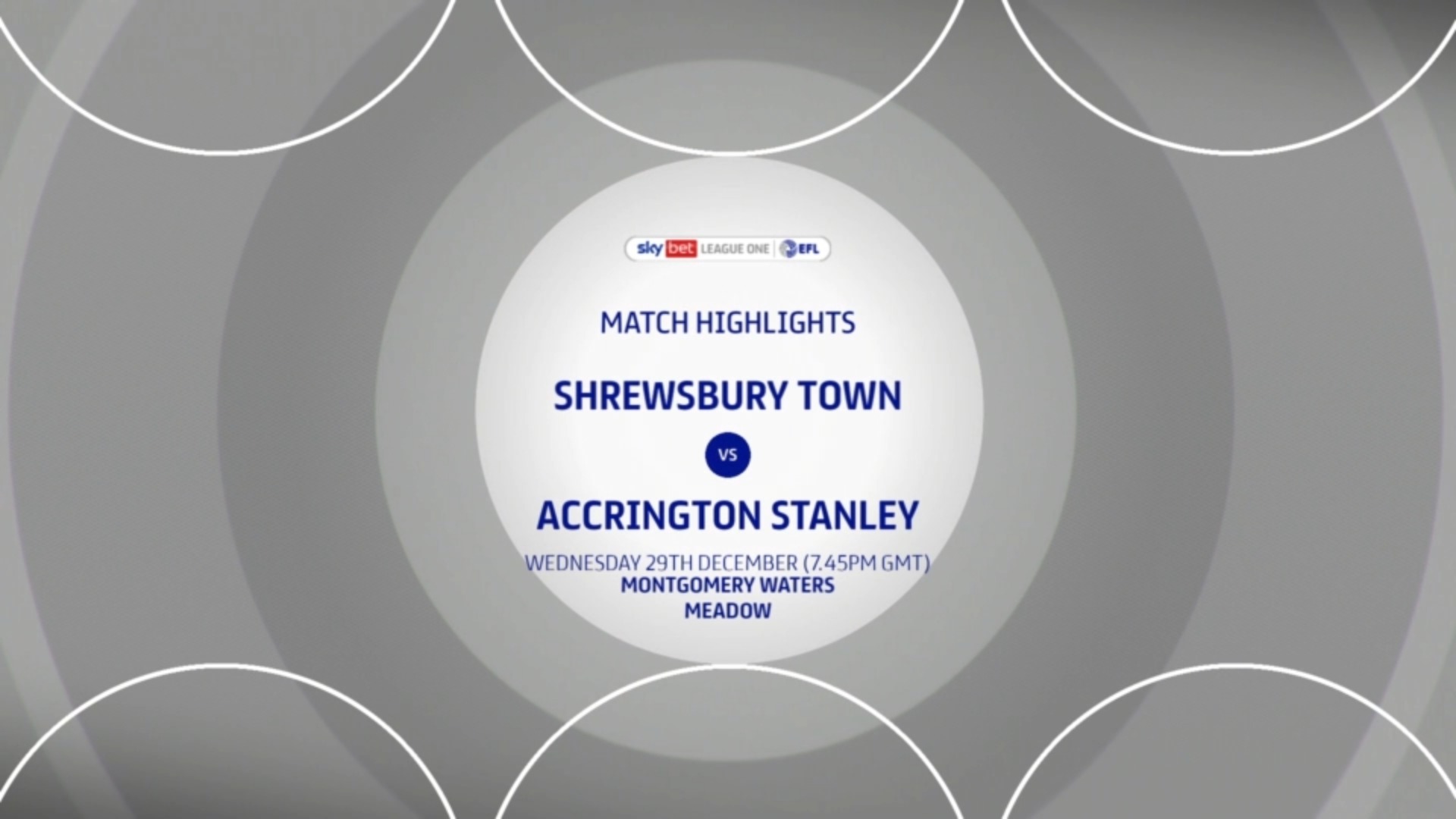 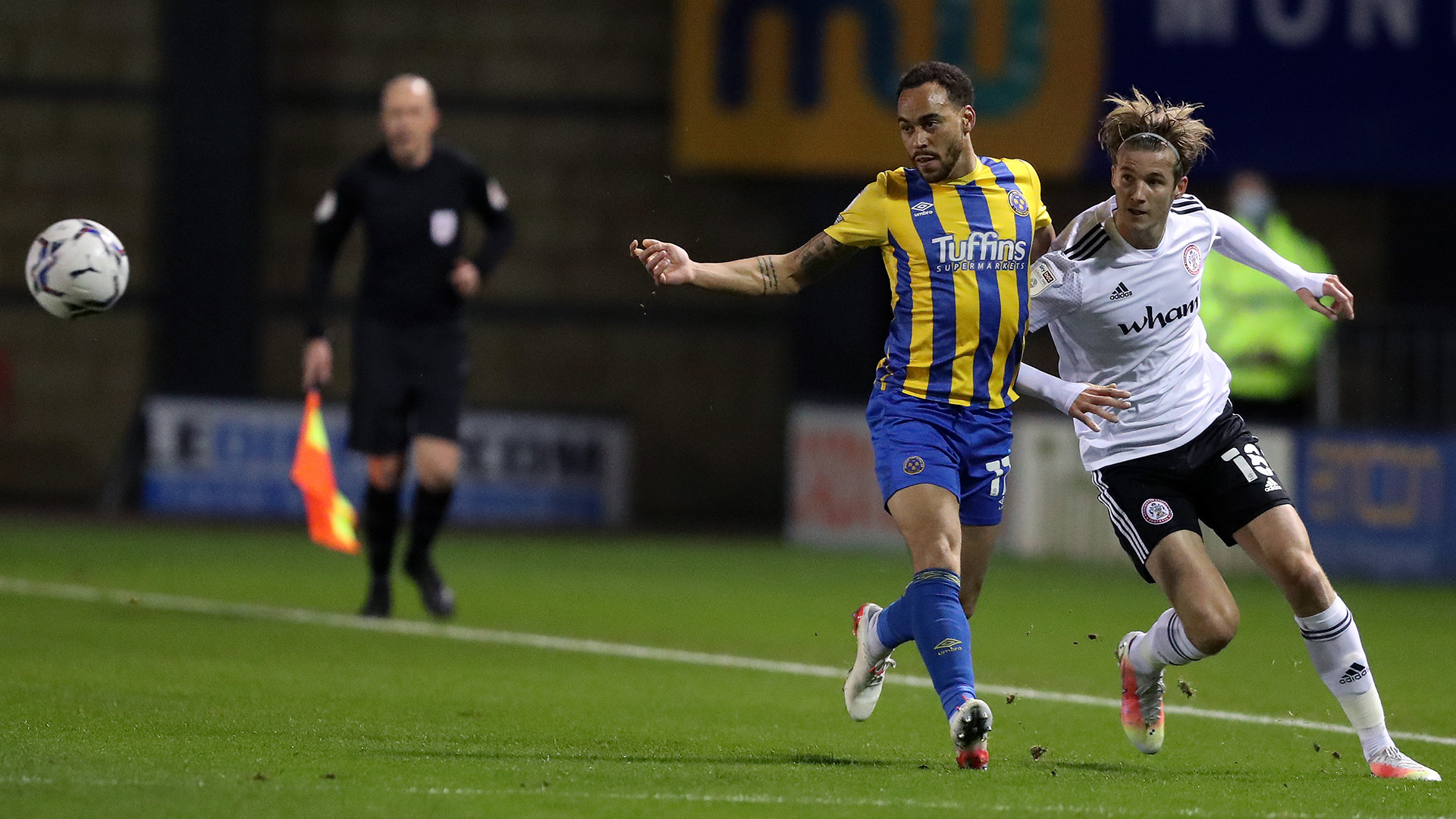