Shrewsbury Town are back at home after a long week on the road. Their opponents this weekend are Cheltenham who Salop faced less than a month ago.

Shrewsbury Town start their busy festive set of fixtures on Saturday as they welcome Cheltenham Town to Montgomery Waters Meadow.

Salop start a run of four games in 15 days which will see them host Cheltenham, Accrington Stanley and Sheffield Wednesday as well as an away trip to Fleetwood Town all before 2nd January.

Steve Cotterill will be hoping for his side to give a positive reaction to last Saturday’s 1-0 away defeat to relegation strugglers Doncaster Rovers. This is second time the two sides have met in the league this season with the reverse fixture only taking place four weeks ago with Cheltenham coming out 2-1 winners.

Montgomery Waters Meadow has become a bit of a fortress of late with Salop not losing at home since the end of September. It’s also where Salop have picked up most of their points this season and Steve Cotterill will be hoping to pick three more on Saturday.

After a five year stay in Sky Bet League Two, Cheltenham Town returned to the third division following their title winning season and are having a solid campaign so far. They are currently sat in 14th place and are so far not looking like a side that will be dragged into a relegation battle as the season progresses.

Before the return fixture last month May was on five goals in all competitions and has since doubled his goal tally and is now on 10 goals. He is arguably Cheltenham’s deadliest outlet and will be looking to add to his goal tally on Saturday.

Two second half goals from Shrewsbury Town ensured they sealed a brilliant 3-1 win against Cheltenham Town at Montgomery Waters Meadow on Saturday, despite play the whole of the second half with 10 men.

On a day where everyone associated with Shrewsbury celebrated the life of former fan favourite Marvin Morgan - who sadly lost his life just over a week ago at the age of 38 - Salop started the game brightly and nearly took the lead in the first minute. A looping ball into the box from Tom Bloxham found Luke Leahy unmarked at the near post, but Leahy could only head straight at Owen Evans in the Cheltenham goal.

Salop took the lead 10 minutes in when another cross from Bloxham found Dan Udoh unmarked in the centre of the box, and he headed home a simple header. The visitors found their equaliser just five minutes later when Liam Sercombe played a ball across goal to the feet of Andy Williams who tapped home.

The visitors could have potentially had two or three goals if not for the heroics of Marko Marosi who made two spectacular point-blank saves. Leahy also stopped a destined goal when he cleared a shot from Alfie May off the line.

Shrewsbury’s job was made even difficult when in the 38th minute Bloxham was shown a straight red card for an off-the-ball incident between him and Cheltenham Town defender Chris Hussey.

However, despite the man disadvantage, Salop came out the blocks flying in the second half and took the lead once again when, after some brilliant individual play from Josh Vela, Udoh found himself one on one with Evans and he slotted the ball beautifully into the bottom corner to get his second of the game and put Town 2-1 up.

Salop had a good chance to get a third in the 73rd minute when Rekeil Pyke hit a curling shot from just inside the box with his right foot which forced Evans into a great save at full stretch with his left hand. Shrewsbury bagged their third five minutes later when Udoh did extremely well to dispossess a Cheltenham defender on the halfway line and feed David Davis. The defensive midfielder was able to run the whole of the Cheltenham half before neatly slotting the ball into the back of the net.

Marosi made another spectacular save five minutes from time when a shot from Matty Blair inside the box seemed destined to hit the back of the net, but the Shrewsbury 'keeper got down quickly to his right at full stretch to push the ball wide.

Despite having ten men for the whole second half, it was a very professional performance from Steve Cotterill’s team who didn’t seem at all phased by being a man down.

Chris Hussey picked up a yellow card following the altercation that saw Tom Bloxham sent off.

Alfie May was booked for bringing down Josh Daniels in the first half.

Ellis Chapman was the final player in the referees' book. His challenge on Josh Vela was late.

Ticket details for our Sky Bet League One game with Cheltenham.

Tickets are now on sale for our home game with Cheltenham on Saturday December 18th 2021. 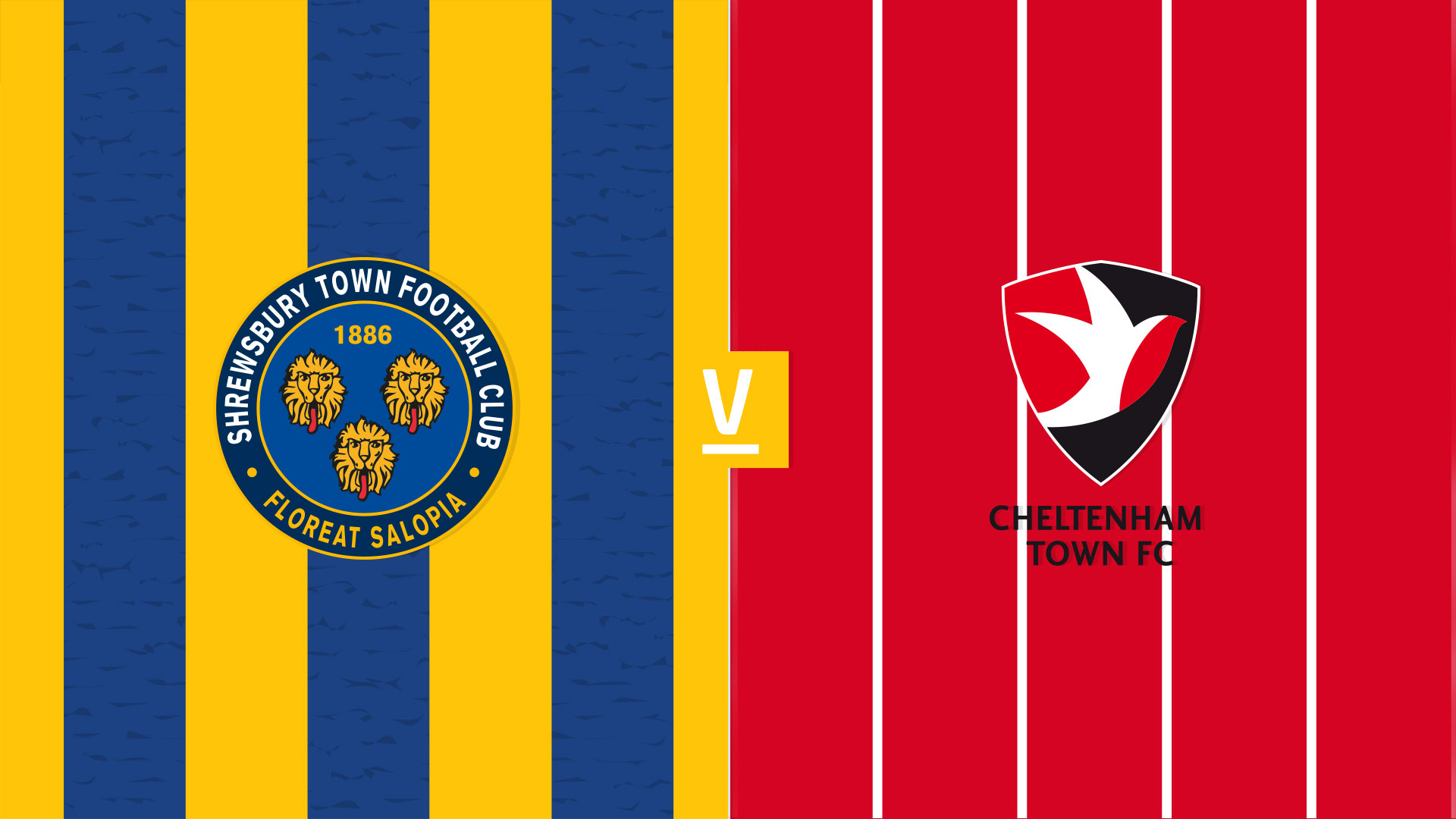 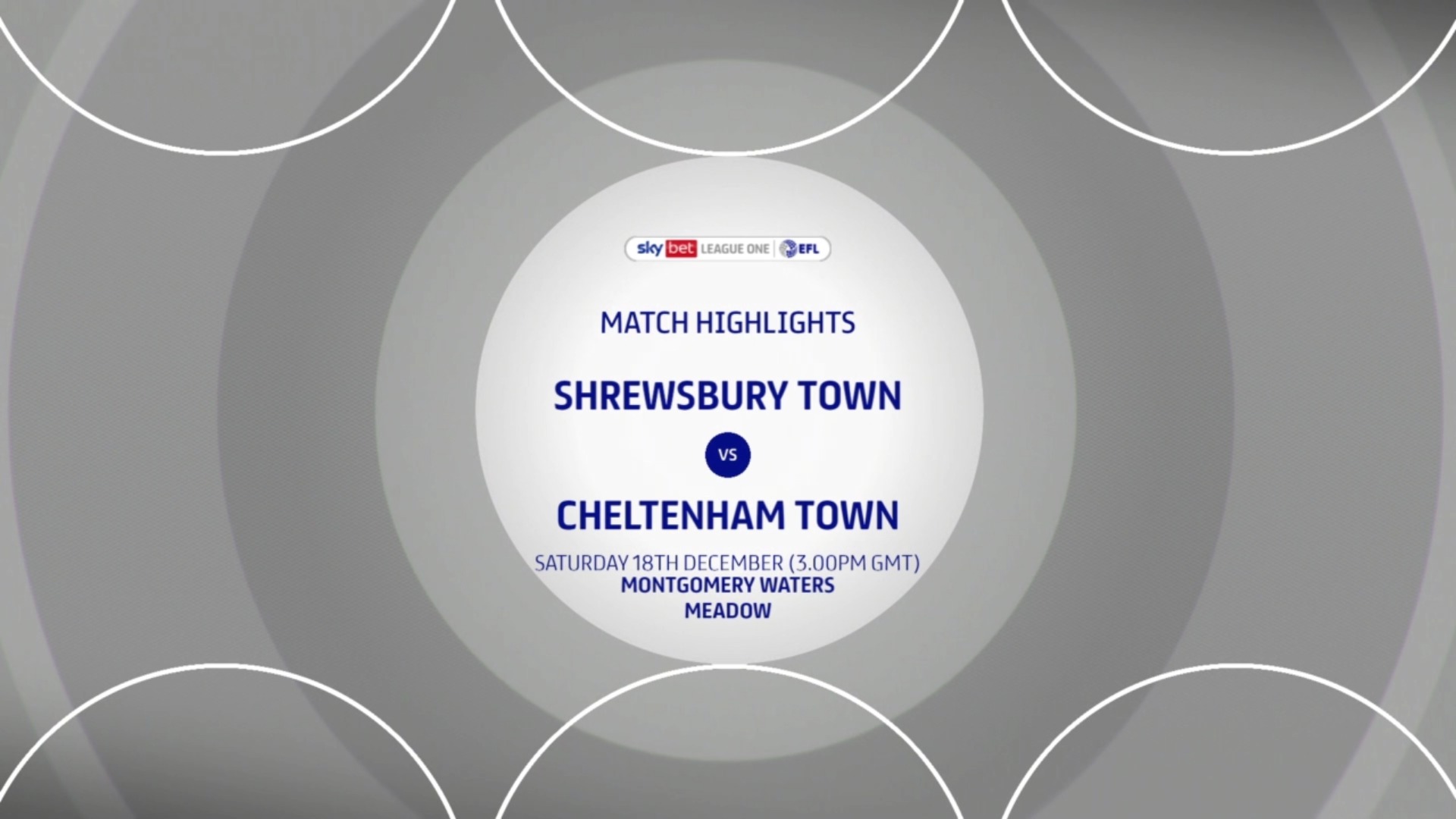 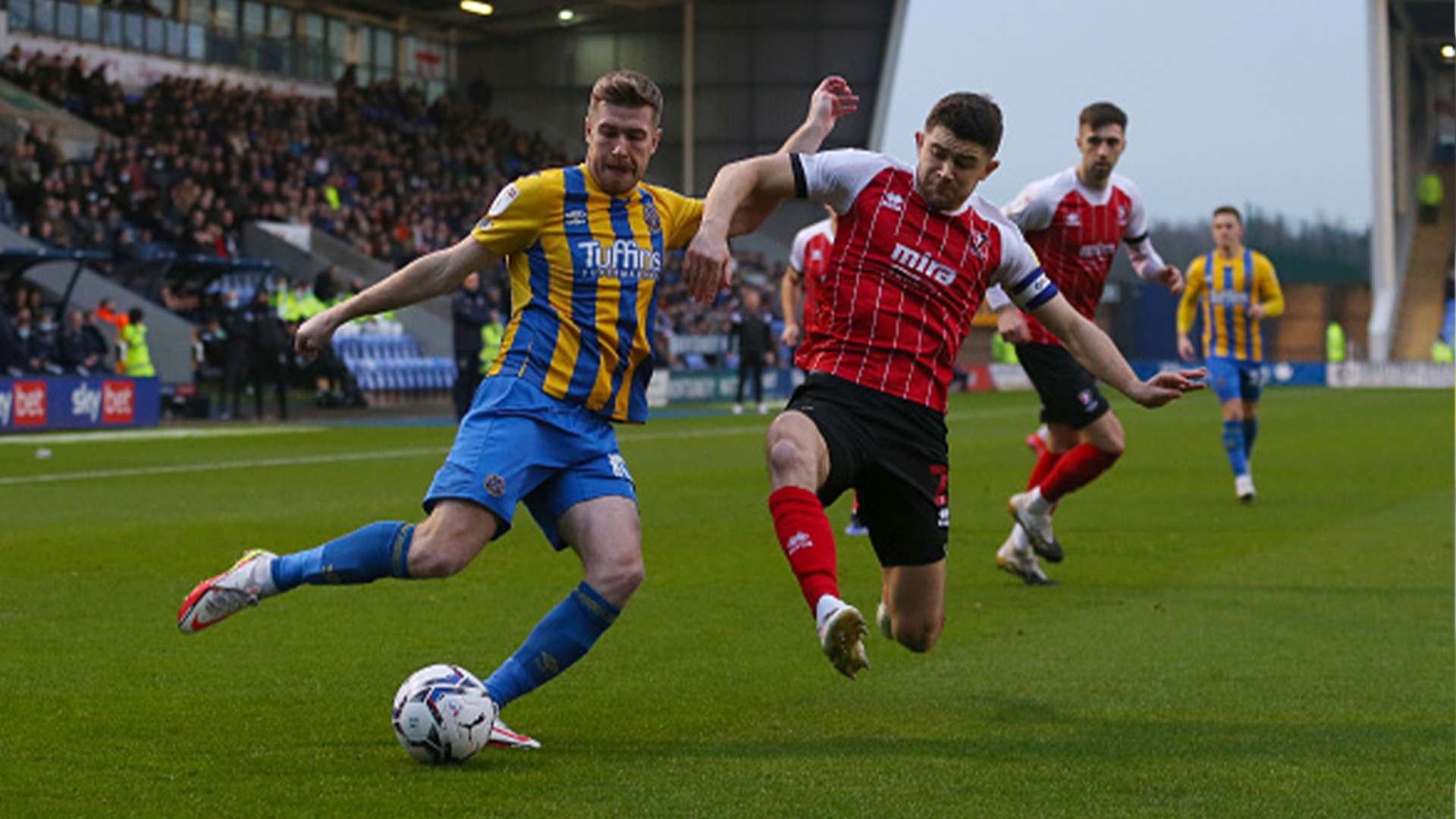