Town continue to rack up the miles on the bus this week as they travel to the newly built Plough Lane tomorrow.

Shrewsbury Town are back in Sky Bet League One action on Saturday as they travel to the capital to face AFC Wimbledon at Plough Lane.

Salop are looking to get back to winning ways after two draws and a loss in their past three games (0-0 against Crewe Alexandra and Gillingham and 0-1 against Bolton Wanderers) left Salop 17th in the league table.

Steve Cotterill’s side will aim to get the double over Wimbledon this season having already defeated the Dons 2-1 at Montgomery Waters Meadow at the end of September.

Wimbledon are currently 20th in the league table, one place and one point above the drop zone. They have, however, played a game less than all the teams below them and could pull further away from the drop with a win against Salop on Saturday.

Having lost top goal scorer Ollie Palmer to National League side Wrexham at the beginning of the week, Dons fans will be relying on midfielder Jack Rudoni to carry on scoring goals like he has done so far this season. Before Palmer left, Rudoni was the club's second most creative player with seven goals and four assists in 29 appearances.

Now in his second season as a first-team regular for Wimbledon, Rudoni has made himself one of the first names on Mark Robinson’s team sheet. At the age of just 20, Rudoni is in the early stages of his career in professional football, and if he carries on the way he has started, Rudoni will have a long and successful career at the very top level.

Shrewsbury Town picked up another point on the road after Dan Udoh’s equaliser cancelled out Wimbledon’s early opener.

Salop started the better of the two teams however it was Wimbledon who took the lead in the 13th minute. Ayoub Assal collected the ball in the middle of the park and drove towards Town’s penalty box before passing it out wide to Ethan Chislett. The midfielder clipped the ball from the by-line back to the edge of the six-yard box where Assal met it with a well-placed header into the bottom corner.

Wimbledon were in the ascendancy after their goal and were holding the majority of possession inside Town’s half. Their next good chances game within a few seconds of each other, just after the half-hour mark, but both were blocked by fantastic challenges by Matthew Pennington, who put his body on the line to prevent the shots from reaching Marko Marosi.

The game opened up a little more in the second half. Nat Ogbeta fired an effort over the bar and Jack Rudoni sent a low shot just wide of Marosi’s left-hand post inside the opening ten minutes of the half.

An even start to the second period turned Town’s way in the 58th minute and they bagged their equaliser through Udoh. After great interplay between Josh Vela and Elliott Bennett – who played the ball between themselves down the right flank and took multiple players out of the game – Bennett passed the ball to the feet of Ryan Bowman. Surrounded by Don defenders, Udoh took the ball off his strike partner’s foot and squeezed a deft shot into the bottom corner.

Following Shrewsbury’s equaliser, the game developed into a scrappy affair with niggly challenges and unnecessary fouls breaking up play and preventing either side from getting much going. This remained the case for the rest of the game and, for the second time in a week, Salop had to settle for a point on the road.

Jack Rudoni picked up a yellow card on the half-hour mark for blocking a Salop free-kick. Ayoub Assal was booked at the end of the first half for a dive and Ben Heneghan was booked for a late slide tackle on Saikou Janneh with 77 minutes played.

Elliott Bennett was booked for a foul on Tomas Kalinauskas late on.

Ticket details for our Sky Bet League One trip to AFC Wimbledon have been announced.

Tickets are now on sale for our Sky Bet League One trip to AFC Wimbledon.

We have been allocated 606 tickets for the game and Town fans will be housed in the Cherry Red Record Stand.

AFC Wimbledon will be checking ID at the gate so please choose the relevant price class.

Tickets go off sale from the ticket office and online at 1pm on Friday 28th January.

• In person at the Montgomery Waters Meadow ticket office

• Via our online ticketing site -  https://www.eticketing.co.uk/shrewsburytownfc/EDP/Event/Index/628

Any tickets for away games that are not collected will be taken to the away game for collection on the day of the game.

If you can't make it to the game you can listen to full match commentary, or watch the game if you are an international fan, on iFollow Shrews, or download the iFollow App to listen in if you are out and about. 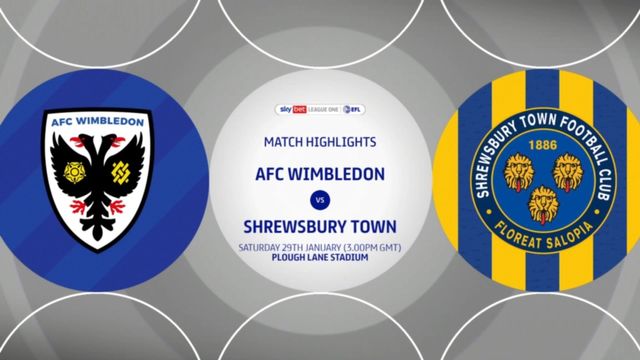 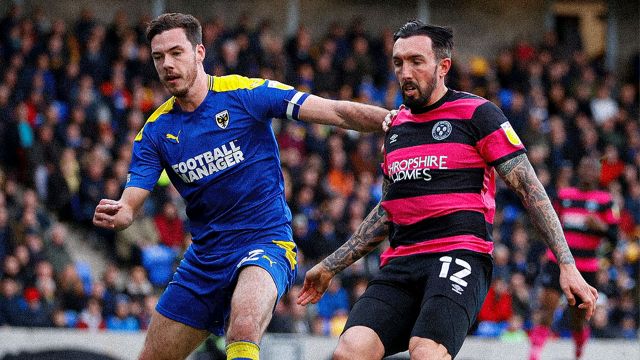