Following the excitement of last weekend’s trip to Anfield to face Liverpool in the FA Cup, Shrewsbury Town turn their attention back to Sky Bet League One as they make the short journey to face Crewe Alexandra on Saturday afternoon.

Salop fans will remember Saturday’s trip to Anfield for a long time after Daniel Udoh’s 27th-minute goal gave Shrewsbury a shock lead against the six-time Champions of Europe before the hosts showed their quality and came back to ultimately win 4-1.

Steve Cotterill will take many positives from the Liverpool game as he turns his attention back to league football. Salop are in good form at the minute, having won three of their last four games. This has seen Shrewsbury climb up to 15th in the table. Cotterill and his side will take great confidence going into the second half of the season.

Crewe have struggled this season, failing to find consistency in their results which has seen David Artell’s side pick up only five wins all season. Their poor results have left them in 22nd place in the league table but they are only four points from safety. They have, however, won four of their past nine league games, including a 2-1 home win against Charlton Athletic on Wednesday night.

With Salop having a few extra days to prepare for the fixture, Steve Cotterill will be hoping the Railwaymen have a few tired legs following their game against Charlton and will be looking to capitalise to further push Shrewsbury up the table.

One to Watch: Mikael Mandron

The 27-year-old striker joined the Railwaymen in August 2020 from Gillingham and has become a key player for David Artell in his time at the club. The Frenchman had a brief spell with Salop back in 2015, making three appearances for the club. In his time with Crewe, he scored two goals against Salop in a 3-2 victory on the final day of last season.

He is Crewe’s top goalscorer in the league this season with six goals and one assist. He also scored what proved to be the winner in stoppage time at the end of the first half against Charlton on Wednesday. His goal against Charlton will fill him with confidence and he’ll be looking to add to his tally against Salop on Saturday.

Shrewsbury Town earned a valuable point on the road in the Sky Bet League One on Saturday afternoon, as they drew 0-0 against Crewe Alexandra at the Mornflakes Stadium.

Fresh from their experience at Anfield last weekend, Salop were unable to break down a very resilient Crewe side however, the game also saw Salop earn their fourth league clean sheet in a row and Steve Cotterill’s side are now five unbeaten in the league.

Shrewsbury thought they’d gotten off to the perfect start when a corner from Elliott Bennett in the third minute was met at the back post by a Crewe defender who put it into his own net. However, the referee deemed that Daniel Udoh had fouled Crewe goalkeeper David Richards in the process and awarded the home side a free-kick.

It was an end-to-end first half with both sides trying to capitalise on each other’s mistakes and break quickly. The home team failed to create many clear-cut opportunities. Chris Porter headed a tame shot into the hands of Marko Marosi in the 31st minute whilst Bennett did extremely well to block a well-hit shot from Oli Finney in the 37th-minute, although it did strike the Salop man in the face.

All the best opportunities in the first half fell to Salop. Ryan Bowman nearly had a cheeky flick creep in at the near post in the 43rd minute when he got in front of his man following a nice delivery from Nathanael Ogbeta, but the striker could only find the side netting. Udoh almost opened the scoring in first-half stoppage time when he did well to turn his defender but his shot went narrowly wide of the post.

The second half displayed more of the same, however, Salop dominated and spent much of the second period in the Crewe half of the pitch, with the best chances falling the visitors' way as well.

Arguably Salop’s two best chances of the match fell to their two centre-backs in Matthew Pennington and Ethan Ebanks-Landell in the final ten minutes of the match. Pennington rose highest from a corner in the 81st minute and forced a good save from Richards, who just managed to tip the ball over the bar. Then, the traveling Salop fans thought the net was going to ripple in the 84th minute when a beautiful ball into the box from Bennett was met by Ebanks-Landell, but his bullet of a header went narrowly over the crossbar and the sides were forced to settle for a share of the spoils.

Regan Griffiths was booked for the home side in the 18th minute for dragging back Daniel Udoh after the forward had got away from the young midfielder.

Billy Sass-Davies was booked in the 63rd minute for dragging back Josh Vela when the Shrewsbury man was on the attack.

Tickets for tomorrow's game against Crewe have been made available to purchase online via the Crewe ticket website.

Shrewsbury Town are pleased to inform supporters that an extra 250 tickets for tomorrow’s game against Crewe Alexandra have been made available to buy directly from the CREWE TICKET WEBSITE.

We would like to thank Crewe’s cooperation in making this a possibility for our supporters after the request was put forward from Town early this morning.

Tickets will be available to obtain digitally to save supporters collecting from the away ticket office on the day.

The remaining 150 tickets will be available for supporters who wish to pay on the day. The away ticket office will be open from 12pm. We encourage those who wish to buy on the day to arrive at the ground early.

Please note all supporters are situated in the North Stand.

Thank you for your incredible support and we look forward to hopefully welcoming over 1500 of you to Gresty Road tomorrow. 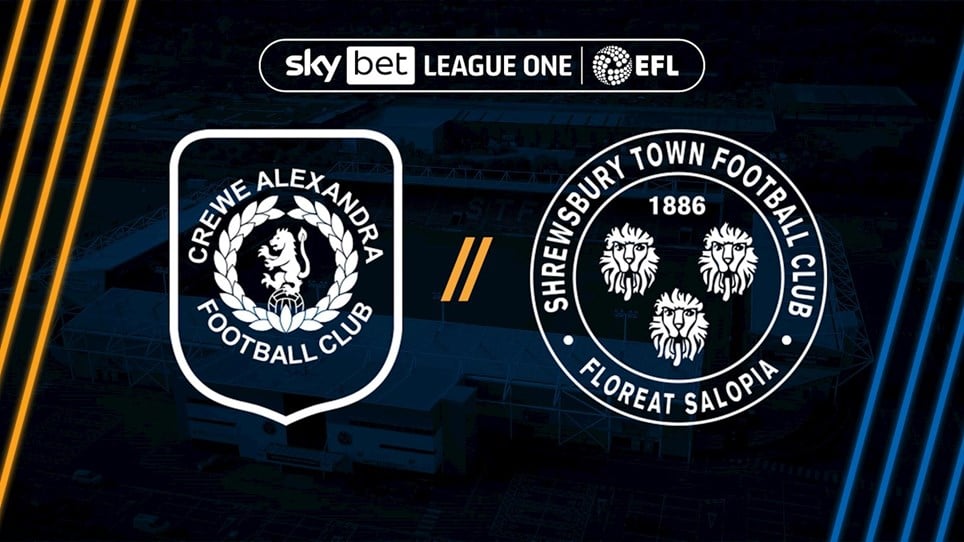 
Ticket details are now available for our Sky Bet League One trip to Crewe Alexandra. 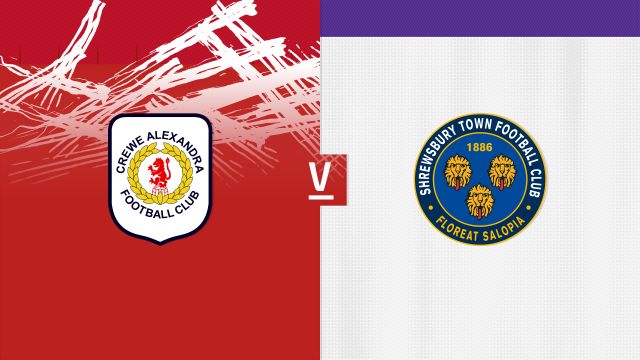 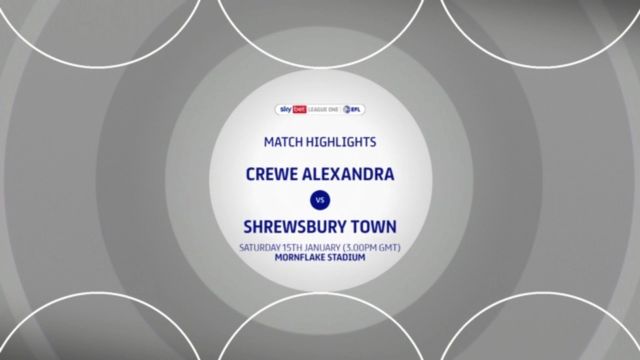 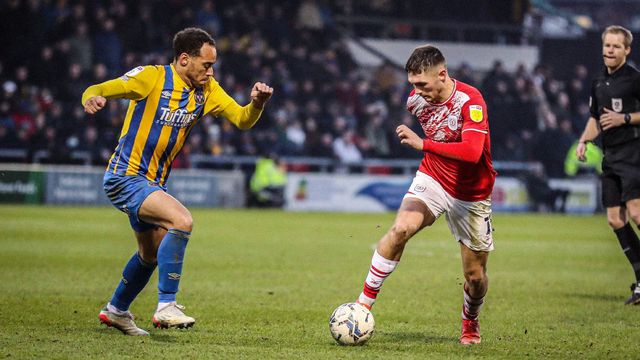