Shrewsbury Town and Gillingham played out an even 0-0 draw at MEMS Priestfield Stadium on Tuesday night.

The game began with Gillingham holding possession in the Town half and they even tested Marko Marosi with a few early shots, however, these didn’t trouble the Salop shot-stopper.

Shrewsbury edged their way back into the game and should’ve had a penalty in the 22nd minute when Ethan Ebanks-Landell’s shot struck the arm of a Gillingham defender on the goal line but the referee pulled the game back and gave an earlier foul committed by Matthew Pennington on Pontus Dahlberg – which looked soft.

Dan Udoh then got himself involved, racing past Max Ehmer to get himself through on goal before the Gills defender slid in and took Salop’s Nigerian forward out. Despite strong claims for Ehmer’s dismissal, he received just a yellow card for his actions. Elliott Bennett took the free-kick and forced Dahlberg into a photogenic save over to his right.

Gillingham had the first good chance of the second half when Kyle Dempsey broke into the Salop penalty area, reaching the by-line and cutting the ball back to John Akinde, but the striker couldn’t keep his effort down and the ball went sailing over the bar.

The hosts went close again through Daniel Phillips, who drove into the penalty area and drilled a low shot just wide of the target after the hour mark.

Town made changes in the second half, giving a chance to those who hadn’t broken into the high-performing starting 11 in recent weeks. Tyrese Fornah came on for his Shrewsbury Town debut – Luke Leahy went to left-back and George Nurse made way – and Saikou Janneh got another opportunity to show his lightning pace up top.

Gillingham went close twice more in quick succession in the 86th minute. Daniel Lloyd forced Marosi into a spectacular save from a free-kick and a cross almost crept in too but, fortunately for Salop, it fell just over the bar.

Alas, neither side could find the breakthrough in the last minutes and the spoils were shared.

Olly Lee was the first man to pick up a yellow card in the game. He pulled Dan Udoh back, preventing him from starting a counter-attack.

Max Ehmer picked up a yellow card shortly after Lee. Again, the victim was Udoh, who was taken out from behind by the Gills’ number five.

Daniel Phillips was booked for fouling Elliott Bennett in the 78th minute.

Ticket details for our Sky Bet League One trip to Gillingham have been released.

Tickets are now on sale for our Sky Bet League One trip to Gillingham.

THERE WILL BE NO TICKETS AVAILABLE FOR PURCHASE ON MATCHDAY

We have been allocated 392 tickets for the game and Town fans will be seated in the Brian Moore Stand (Uncovered) and Gordon Road Stand (Covered).

Tickets go off sale from the ticket office and online at 12pm on Tuesday 25th January.

If you can't make it to the game you can listen to full match commentary or watch the game if you are an International fan, on IFollow Shrews, or download the IFollow App to listen if you are out and about. 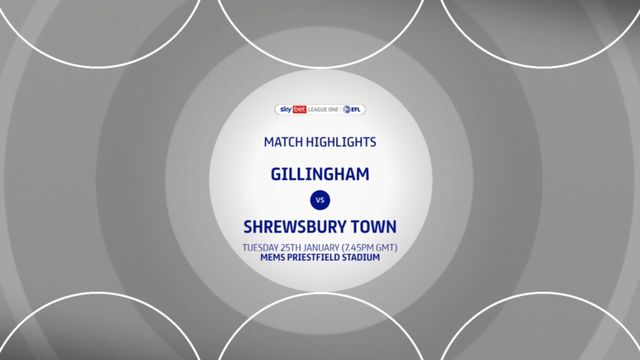 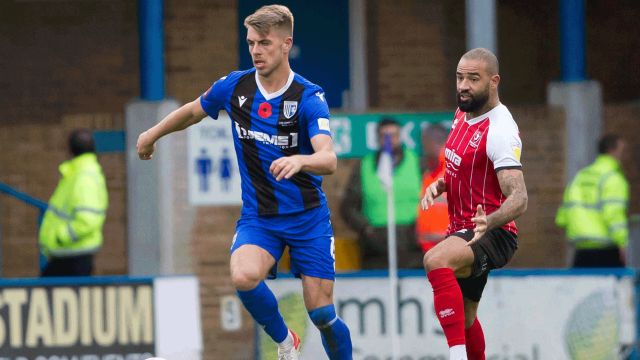